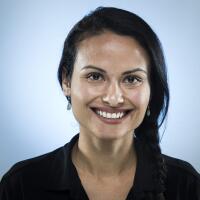 Paloma Esquivel is an education reporter for the Los Angeles Times. She was on the team that won the 2011 Pulitzer Prize for public service for investigating corruption in the city of Bell and the team that won the 2016 Pulitzer Prize for breaking news for coverage of the San Bernardino terror attack. Prior to joining The Times in 2007, she was a freelance writer, worked in Spanish-language radio and was an occasional substitute teacher. A Southern California native, she graduated from UC Berkeley and has a master’s in journalism from Syracuse University.