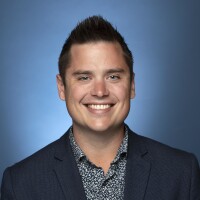 Ryan Kartje is the USC beat writer at the Los Angeles Times. He joined The Times after six years with the Southern California News Group, where he covered everything from Vin Scully’s retirement to LaVar Ball’s rise to the NFL’s rebirth in L.A. His features work has been honored by the Associated Press Sports Editors, as well as several other regional press groups. A Michigan native and University of Michigan graduate, Kartje previously wrote for Fox Sports Wisconsin and the Bloomington (Ind.) Herald-Times.