Mayor Eric Garcetti’s email dust-up related to a Hillary Rodham Clinton endorsement led to questions about the misuse of public resources and prompted Garcetti to label the incident a “boo-boo” that “shouldn’t have happened.”

However minor, and accidental or not, the email brouhaha has made Garcetti the latest in a long line of politicians who have been questioned about use of government time or staff for political purposes. While rules governing separation of party and state in public office have been on the books for decades, they can be tricky to navigate, some ethics experts say. 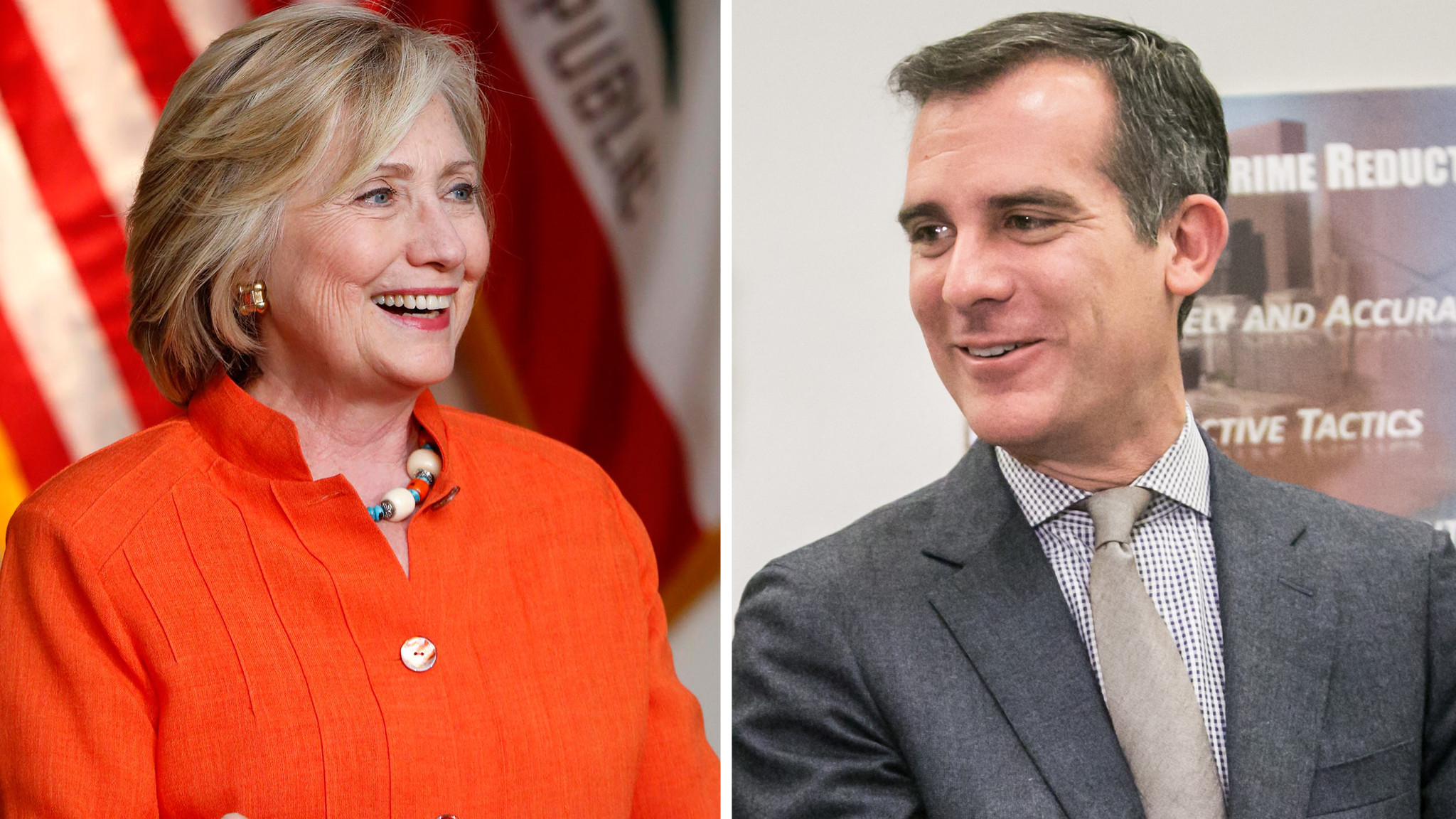 City and state law say government resources can’t be used for political purposes. This includes email accounts and other government equipment as well as staff time. A Los Angeles Ethics Commission brochure for city employees explicitly bans the issuing of political endorsements from city computers or even government buildings.

A campaign consultant for Garcetti’s 2017 reelection bid told the Los Angeles Times that he was supposed to send out the endorsement, but could offer no other explanation for what happened.

The Los Angeles Ethics Commission would not comment on whether it had received any complaints about the matter. According to the city ethics ordinance, each violation could mean a $5,000 penalty.

So what’s the point of these rules?

The basic philosophy behind keeping government resources out of the political fray is simple, says David M. Mason, a former chairman at the Federal Elections Commission who is now head of compliance for campaign software firm Aristotle International.

“From a taxpayers’ perspective, we don’t want public officials to be able to use taxpayer resources to run for office. That’s not what their staff is being paid for,” Mason says. “From a campaign law perspective, we don’t want a candidate who is an incumbent to have an unfair advantage. Incumbents have enough advantages already,” such as the ability to communicate with constituents, better name identification and fundraising.

“The basic rule is, whatever happens on the taxpayer dime should be serving your constituents,” says Jessica Levinson, president of the Los Angeles Ethics Commission.

Distinguishing between a candidate and an official can be complicated, and so can navigating local, state and federal law

It’s hard to say definitely where the public official ends and the campaigner begins, Levinson says.

“It’s all a line drawn in the sand on a windy day.... Those lines can be difficult because elected officials are public servants, but they’re also political animals.”

To illustrate the problem, Levinson poses a scenario: Should a mayor’s security detail be allowed to accompany him, for instance, to a fundraising event? “If we decide as a public that it’s important to protect this person and keep them safe, then that would be true regardless of what the elected official is doing,” Levinson says. “But the taxpayers are then facilitating a political activity.”

And those lines can shift with the levels of government

Some cities may allow an official’s government staff to also serve as political campaign staff on their own time, while others may prohibit it.

Ethics rules in Congress allow for some marginally campaign-related activities to occur in public offices, like coordinating a member's schedule. But taking campaign photos or shooting political advertisements in a government office is prohibited.

But doing so can attract the attention of ethics regulators, so most play the “hat-switching” game, jumping off the public payroll to concentrate on a campaign and returning to the official office once campaign season is over.

And when it comes to travel, there are different rules for Congress and the president. In the wake of the Jack Abramoff scandal, the U.S. Senate tightened rules on air travel, requiring its members to pay the charter rate when flying on private jets for travel. Previously, lawmakers were required only to reimburse companies and other private parties the cost of a first-class commercial airline ticket, amounting to a steep discount on private jet trips.

The same first-class ticket rule has been used as a rule of thumb for presidents going back to Ronald Reagan, according to a 2012 report by the Congressional Research Service.

But who foots the bill when the president flies on Air Force One to attend a fundraiser?

According to 2015 figures reported by the National Taxpayers Union, it costs $206,337 per hour to operate Air Force One. While one of the perks of the presidency is unlimited use of the plane, federal ethics laws do require political campaigns to reimburse the federal government for trips that include political stops.

When campaign stops are sprinkled in with official business — delivering a morning policy speech at a school, then attending a rally that evening, for example, there’s a formula for calculating what share the campaign should shoulder. But generations of presidents have declined to disclose that formula, including George H.W. Bush and President Obama.

Reagan was the first to establish the rule that campaigns reimburse the federal government for the cost of a commercial first-class ticket for each campaign-related person flying on Air Force One, a practice that has been a rule of thumb since, the 2012 CRS report noted. But, the report said, specific policies for each administration are “generally not publicly available.”

The reason campaigns aren't expected to foot the entire hefty bill is that most of the added expense is considered the cost of security for the president, says Mason, which the federal government covers. If campaigns were expected to split the cost of heightened security, they could scarcely afford to have the commander-in-chief stump for them, a Bush administration official once pointed out.

In 2012, when Obama faced criticism over a trip to Los Angeles to raise money for Sen. Barbara Boxer, a Democratic National Committee spokesman said the committee and Boxer’s campaign “will pay travel costs as legally required.”

Violations have happened before

One campaign consultant recently pleaded guilty in Georgia to lying in an investigation involving a congressman who was accused of paying him from public funds for political work.

In California, then-Rep. Laura Richardson was disciplined by the House Ethics Committee after claims that the Democrat had compelled staff members to work on her campaign.

So what’s an elected official to do?

“The first rule of common sense is that people in those positions ought to realize that there should be a distinct separation between campaign activities and official activities,” says Mason, the former FEC chair. “If you ask me, somebody in a big-city mayor’s office should know that.”

Attending and reinforcing ethics training can help guide staff on the dos and don’ts of political life, Mason adds.

And when “oops” moments like Garcetti’s come up, it’s best to atone – and quickly, at least from a legal perspective.

Because, says the Campaign Legal Center's Ryan, regardless of the embarrassment it may cause, a swift correction like Garcetti’s can go a long way.

“From the perspective of an ethics agency like the FEC, that’s what they want to see – that you tried to rectify it as quickly as possible.”

For more on politics in the Golden State, follow me @cmaiduc and visit latimes.com/politics.