Elaine Harmon was one of about 1,000 female pilots who served stateside during World War II to free up male pilots for combat. After the war, she fought to persuade Congress to recognize the women's service and grant them veteran status and benefits.

Harmon died last year at 95. Her ashes are sitting in her daughter Terry's closet in Silver Spring, Md., because the Army has said she and other Women Airforce Service Pilots, or WASP, aren't eligible to be buried at Arlington National Cemetery.

"She would feel like, 'Really, we need to fight this battle again?'" said her granddaughter, Tiffany Miller of Walnut Creek. "It's 2016 and we're still having to prove that we are real veterans?"

Arlington is run by the Army. Other veterans' cemeteries are run by the Department of Veterans Affairs. The Army says that even though the WASP have legal status as veterans, that alone doesn't make them eligible for burial in the nation's best-known veterans' cemetery, which is quickly filling up.

"It was her last wish," Miller said. "She wouldn't have let this drop. She would have seen this through to the end."

The remains of 17 of Harmon's fellow WASP are at Arlington. But in March 2015, about a month before Harmon died, Army Secretary John McHugh issued a memo stating that a previous cemetery administrator had misread federal law and that the female pilots don't meet the requirements to be buried there.

Now, a Change.org petition filed by the Harmon family has collected more than 54,000 signatures, and legislation has been introduced in both the House and Senate to overturn the Army decision and allow Harmon's remains to be inurned -- stored in an urn in a crypt-- at Arlington.

Eleven California members have signed on to a bill sponsored by Reps. Martha McSally (R-Ariz.) and Susan Davis (D-San Diego) that would allow WASP to be inurned at Arlington. Earlier this month, a group of House members from both parties discussed the pilots and Arlington on the House floor for nearly 40 minutes.

In all, 97 House members have co-sponsored the bill. Sen. Barbara Mikulski (D-Md.) sponsored similar legislation in the Senate.

Congress granted them military and veteran status in 1977. In 1984, they each received a World War II Victory Medal and in 2010, the pilots were awarded the Congressional Gold Medal (an effort also sponsored by Davis).

In 2002, Arlington's administrator said that WASP were eligible for full military honors when being buried at Arlington, and that they'd been eligible for burial there since 1977. In March, McHugh rescinded the decision in a memo, saying that the 1977 law declaring them to be "active duty designees" applied only to programs administered by the Department of Veterans Affairs. Since the Army, not the VA, runs Arlington, WASP aren't eligible unless the Army says so, he said in the memo.

They are eligible for burial in cemeteries managed by the VA.

Davis, who called WASP the "spunkiest people I've ever met," said when they were granted veteran status in the 1970s, it was understood to include all the benefits of being a veteran, including the chance for a spot in Arlington.

"We felt like that promise needed to be respected," Davis said. "We have a special place in our hearts for Arlington Cemetery and for the service of the men and women who fought for their country. We all feel that they have earned these honors."

The Army maintains that the female pilots were never eligible for burial at Arlington, cemetery spokeswoman Jennifer Lynch said.

Of the 17 WASP interred or inurned at Arlington, 15 would have been eligible for other reasons: Some were buried with a spouse or served the country in other ways after their WASP duty.

The two considered "otherwise ineligible" will not be moved, because "that was no fault of theirs," Lynch said.

At the current burial rate of 160 people a week, space in Arlington is expected to be exhausted by mid-2030, Lynch said. There are 50,600 burial plots and 35,548 inurnment spaces left.

"We're looking at the cemetery as stewards," Lynch said. "We're running out of space." She said while WASP service was commendable, "it does not itself reach the level of inurnment at Arlington National Cemetery."

Harmon's family takes issue with the space argument. About 100 of the pilots are thought to still be alive and not all would want to be buried there, Miller said.

"The WASP are not going to fill up Arlington by themselves," she said.

Rep. Jeff Denham (R-Turlock) said if the issue is space, then more space should be found for the cemetery, but the military shouldn't "pick winners and losers" in deciding who deserves to be buried at Arlington.

"They were brave pilots that served our country proudly," Denham said. "We're not going to take no for an answer. These families deserve to have these women buried in Arlington, and we're not going to stop until that happens."

Denham, whose grandparents met in the Army Air Corps, spoke on the House floor about the bill just hours before President Obama delivered his State of the Union address on Jan. 12.

Rep. Loretta Sanchez (D-Santa Ana) said it isn't right for the federal government to extend inurnment in the country's best-known military cemetery to a group of veterans and then take it away.

WASP Jean Landis, 97, of El Cajon said after fighting so long for recognition, the Army’s decision leaves a bitter taste.

“A veteran is a veteran,” Landis said. “If you are a veteran, don’t you have the honor and the privilege to be buried in one of our national cemeteries?”

One of the first 28 pilots recruited, Landis was stationed at a manufacturing plant in Long Beach and flew P-51 Mustangs around the country.

“That is the fastest, hottest most advanced fighter at the time and we were flying them, I was flying them,” she said. “What an airplane.”

Landis said she wants to be buried with family in her hometown, but WASP should have the option of inurnment at Arlington if they want it. 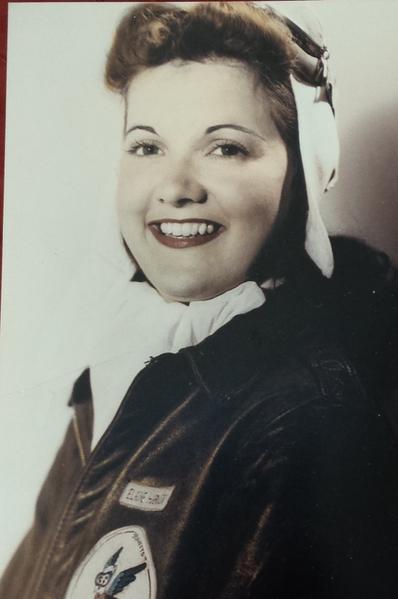 “This is discrimination. I’m rather bitter about it,” she said. “The WASP proved themselves in every capacity, but I feel we pretty much got the shaft.”

Harmon, who lived in Silver Spring, Md., was proud of her WASP service, and played an active role in ensuring the women's role in the war wouldn't be forgotten, said Miller, her grandaughter. After receiving her Congressional Gold Medal, she donated it to a local aviation museum.

"She wanted to be part of the WASP legacy," Miller said. "My grandmother considered Arlington to be not just a cemetery… but also a museum. She wouldn't have given up on this. Our grandmother was very tenacious."

"I don't want my mom to have to keep her mom's ashes in the closet," Miller said. "We want to make this right for my grandmother."

Some Republican candidates spend big on ads, with little to show for it