How Killer Mike, Eric Garner’s family and other black leaders will vote on Sanders vs. Clinton

As the Democratic presidential candidates pivot from the first-in-the-nation contests held in two of the whitest states in the nation, they’re focusing more attention on a different bloc: minority voters.

Nevada will hold Democratic caucuses on Feb. 20 and South Carolina's primary is Feb. 27. Twenty-eight percent of South Carolina’s population is black, and some political observers say a victory there could boost Hillary Clinton and help her make the case that Sen. Bernie Sanders’ support is confined to white liberals.

The black vote was a major factor in 2008 as former President Bill Clinton, whom author Toni Morrison once referred to as the nation’s “first black president,” stumped aggressively for his wife against then-Sen. Barack Obama, causing a rift with some prominent legislative black leaders.

Both candidates have touted endorsements and support from well-known black leaders and thinkers this week as they look to the long primary season ahead.

Here are a few:

The 15-term Georgia congressman led the Student Nonviolent Coordinating Committee during the 1960s and is considered a civil rights icon. In a news conference Thursday endorsing Clinton, Lewis critiqued statements about Sanders’ involvement in the civil rights movement: 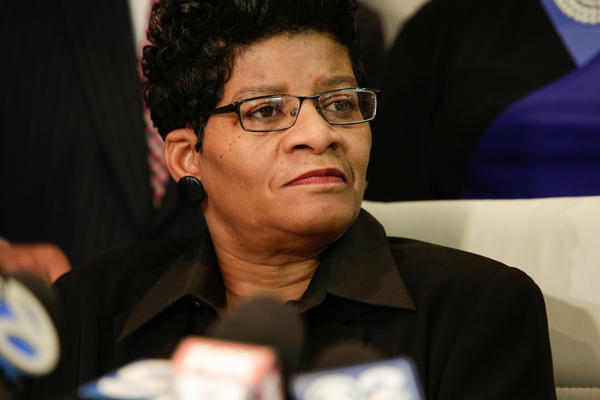 Reed-Veal's daughter was found hanged in a Texas jail cell after being pulled over for a traffic stop. She will be stumping for Clinton in the coming weeks, according to the campaign. Bland’s arrest and death became flashpoints in the ongoing debate over race and police use of force, and remain under investigation.

Other black women whose children have been victims of recent violence will campaign for Clinton in South Carolina, the Associated Press reports. They include Lucy McBath, mother of Jordan Davis, who was shot to death in Florida in a dispute over loud music.

During Thursday's debate, Maria Hamilton, mother of Dontre Hamilton, who was shot 14 times by a white Milwaukee police officer, sat in the audience as Clinton's guest.

Gwen Carr, the mother of Eric Garner, whose death made "I can't breathe" a rallying cry for Black Lives Matter activists, is among the women campaigning for Clinton in the coming weeks.

But Garner's daughter Erica has endorsed Sanders and appears in this long video released by his campaign:

Asked recently if he'd be voting for Sanders, Coates said yes, despite recent criticism he leveled at the senator. But Coates was careful to say he was not endorsing Sanders.

A sought-after intellectual, prolific author and recent recipient of a Macarthur "genius" fellowship, Coates might be best known for his 2014 Atlantic cover story, "The Case for Reparations."

A California native who grew up in Monterey County, Jealous was a Rhodes scholar and served as the NAACP’s president for five years before stepping down in 2013. He was at the center of the debate that surrounded the 2012 shooting death of Florida teen Trayvon Martin.

The political arm of the Congressional Black Caucus announced in a news conference Thursday that it was throwing its weight behind Clinton. Endorsers included Lewis and Rep. Gregory W. Meeks (D-N.Y.). Meeks noted that the vote to endorse Clinton was unanimous, and that there were no votes cast for Sanders during the board’s decision.

2:30 p.m.: An earlier version of this article said Rep. Elijah E. Cummings (D-Md.) was among the Congressional Black Caucus PAC board members who endorsed Hillary Clinton. Cummings abstained from the vote.

One member of the Black Caucus, Rep. Keith Ellison (D-Minn.), noted that the decision was made without input from each individual caucus member. Ellison, co-chairman of the Congressional Progressive Caucus, has endorsed Sanders.

Clyburn, the third-ranking Democrat in Congress and senior congressman from South Carolina, previously said he would wait to endorse until after the Democratic primary in his state. But in interviews this week, Clyburn said he is considering an endorsement before the Feb. 27 primary.

Clinton pointedly mentioned his legislation to aid the poor during the debate Thursday night. 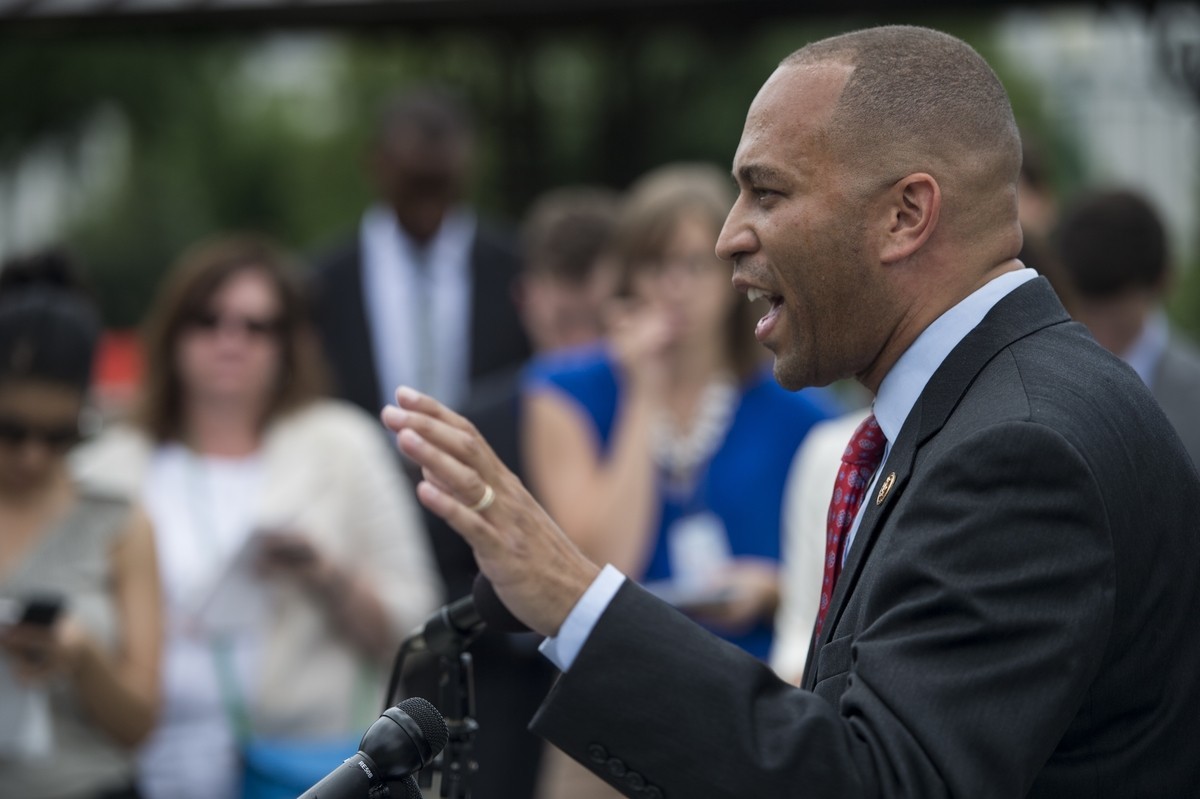 A 45-year-old congressman from Brooklyn, Jeffries has built a reputation for pushing for criminal justice reform and was at the forefront of the Eric Garner case in New York, calling for criminal charges against the officers who held Garner in a chokehold that contributed to his death.

During a conference call on Wednesday supporting Clinton, Jeffries had harsh words about Sanders’ record on race issues:

Hillary Clinton has been a true friend to the African American community for the last 40 years...During that period of time, Bernie Sanders has been largely missing in action.

The activist-singer-actor, who once famously stood up to a rule in 1950s Las Vegas that barred black performers from staying at hotels on the Strip, Belafonte has received awards for his civil rights work as well as his craft, including a National Medal of Arts from President Bill Clinton. 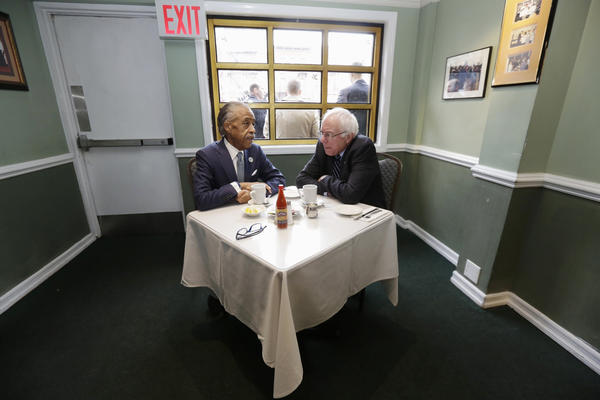 Sharpton met with Sanders Thursday morning at a storied diner in Harlem, but said he would wait to endorse until after he meets with Clinton. Sharpton said Clinton still “has to earn” black votes.

With a nationally syndicated radio show and cable TV program, Sharpton has a wide media footprint and his endorsement could be influential within the black community. Sharpton has said he's planning a news conference following his meeting with Clinton next week.

The first African American to hold the attorney general post was featured in a pro-Clinton advertisement in South Carolina, and touted her work on civil rights and voting rights:

The popular rap artist has gotten involved in politics before, demanding attention to racial issues following the death of Freddie Gray, lecturing on race relations at MIT, and even asking fans to vote him into the Georgia statehouse.

The Run the Jewels rapper has been a vocal advocate for Sanders, tweeting support for the Vermont senator.

West, who has been a fierce critic of President Obama, has referred to Sanders as someone who comes from the “vanilla side of the country” but is sensitive to who he referred to as “chocolate folk.”

Some of West's rhetoric in the past has been so extreme that it led some to question whether West's support might actually hurt Sanders.

Coverage from the campaign trail