On a Dodgers team of unsung heroes, Tim Crews stood out

Reliever Tim Crews helped Dodgers reach 1988 World Series, where they beat the A’s. He died in a 1993 boating accident, but his spirit lives in his family.

Reliever Tim Crews helped the Dodgers reach the 1988 World Series, where they beat the A's. He died in a 1993 boating accident, but his spirit lives in his family. 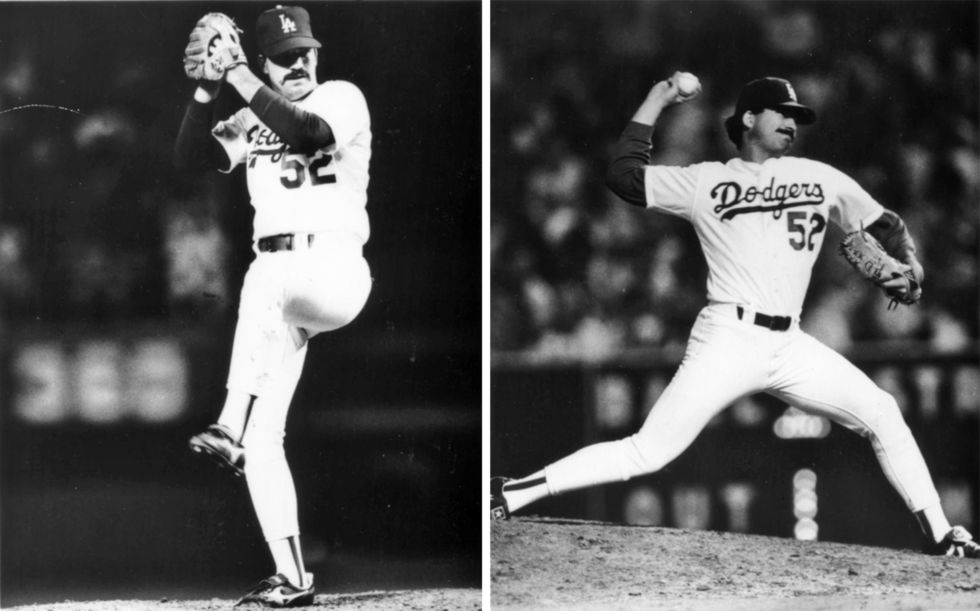 Tim Crews in a promotional image released by the L.A. Dodgers.

Reliever Tim Crews helped the Dodgers reach the 1988 World Series, where they beat the A's. He died in a 1993 boating accident, but his spirit lives in his family.

The ring sits in a black box at the bottom of a tan ostrich-skin briefcase, the contents of which have been unchanged for two decades.

This was Tim Crews' briefcase. It once accompanied him to Dodger Stadium. Now it sits buried in the back of a closet, under some clothes, from where it is gently removed and carefully unlocked only on special occasions.

Laurie Crews places the briefcase on a coffee table, slowly runs her hands over its faded leather, and asks her youngest son Travis to open it.

It's the 25th anniversary of her late husband's greatest triumph. The solemnity of the moment is broken by the pop-pop of the latches. Laurie glances briefly at the contents, then looks away.

"It's still exactly as he left it," she says softly, her eyes watering. "It's all him."

The ring is there. A life is there. The black box is surrounded by faded photos of the Crews children at Dodgertown, wedding pictures, a tie clasp, various bits of baseball jewelry, and a handwritten pep-talk letter from Laurie addressed to Tim when he was struggling in the minor leagues.

It is a letter that inspired Crews to become one of the many unheralded heroes on the most unlikely ring bearers in Los Angeles history: the willful, wondrous 1988 World Series champion Dodgers. It is a letter that spoke not only to the mission of a man, but the journey of a team.

"Make them take notice of you … show them what you're made of … keep up your chin and go for it … do it, dammit."

Tim Crews did it, dammit. After spending six years in five minor league towns, the mustachioed, drawling relief pitcher from rural central Florida blossomed in his second major league season, going 4-0 with a 3.14 ERA in 42 games in 1988 while helping lead baseball's grittiest team in its daily dirty work.

He worked so hard, for so little reward, he was given a nickname by somebody whose passion he shared, Kirk Gibson calling him "The Dirt Farmer."

"The Dirt Farmer was an old southern boy with no fear," says Gibson, now manager of the Arizona Diamondbacks. "He had good stuff, not great stuff, but he didn't give a dang. He would just say, 'Give me the ball.'"

In the end, the Dodgers finally wrestled the ball from Crews with reluctance and pain. One month before the end of the season, one day before they were required to turn in postseason rosters, general manager Fred Claire acquired left-hander Ricky Horton from the Chicago White Sox and used him instead of Crews for the playoff games.

The Dirt Farmer was crushed but never said a word, and he allowed just one run in seven appearances in quiet September even though he knew he could not pitch in glorious October. It is no coincidence that, yes, he even pitched in the Dodgers' National League West title-clinching game in San Diego.

"It was extremely difficult to leave Tim Crews off the roster, but we needed a left-hander," Claire says. "The fact that he never voiced an objection speaks volumes about his character. He was the ultimate team player. He was all about winning."

Once the postseason began, the Dirt Farmer didn't go far. In fact, he didn't go anywhere, remaining in uniform and becoming the team's biggest cheerleader. Check out the video of Gibson's iconic Game 1 World Series home run: Crews is hugging him on the field. Examine the photo of the Dodgers' clinching celebration on the mound in Oakland: that's Crews leaping on the dog pile.

Tim Crews and the Dodgers did it together, dammit.

"Every year during the World Series, I'll be in some restaurant and they'll be showing old highlights on TV and he'll appear out of nowhere," says his oldest son Shawn, 25. "I'll be like, 'Wow, that's my dad.'"

The Dirt Farmer was seemingly everywhere, and then he was gone.

Less than five years after winning his first and only championship ring, in the spring of 1993, Crews died in a boating accident. He was 31. He was driving two fellow Cleveland Indians pitchers in a bass boat on a black night on a lake behind his Florida home during spring training when the boat crashed into an unlighted dock. The accident also killed Steve Olin and seriously injured Bobby Ojeda. Toxicology results indicated that Crews was driving with a blood-alcohol level that exceeded the state limit.

Crews had just signed with the Indians after spending his entire career with the Dodgers, yet he never pitched a game for them, so he died essentially as a man without a team. As it was for many of the mostly anonymous 1988 Dodgers, in many different ways Crews' championship was a blazing meteor that he rode into blackness.

But the ring is still in its box, and when it is pulled out it still shines with a glow that reflects the wondrous expressions of the strong family gathered around it. 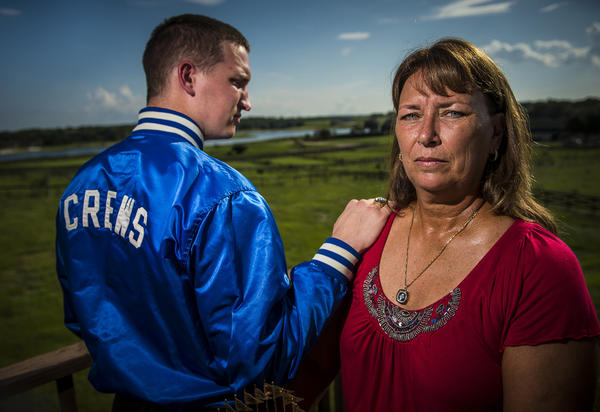 Laurie Crews and her son, Travis Crews, who was 23-years-old when Tim Crews was killed in a boating accident at Little Lake Nellie, in the background. (Roberto Gonzalez / For The Times)

"Look how pretty," says Laurie, 53, her drawl matching her late husband's, her eyes finally turning back to the contents of a briefcase filled by a spirit that is still very much alive.

Twenty-five years later, Crews' family still sees his number 52 everywhere. They see it on license plates, they see it on receipts, they see it three times in a row on TV screens at Buffalo Wild Wings. It is even part of the address of a home they just purchased.

Once, Tricia was driving behind plates with the number 52 for such a long distance, she raised her head to the sky.

The number 52 is also in the permanent email address of Jay Howell, the Dodgers' closer that season who was Crews' best friend. It's listed right behind Howell's own number, 50, the two men linked forever.

"The Dirt Farmer didn't get a lot of credit, he never drew attention to himself, but he was one reason we won a lot of games we should have lost," Howell says. "He was always there. He was always willing to sacrifice. I'll never forget that."

They not only see his number, they hear his voice, comforting, pushing, protecting.

Shawn was in a serious motorcycle accident in which his life was probably saved because, despite fracturing his hip and tearing up his knees, he was able to run off the road before being hit by another car. When the medics asked how, he said, "My father was carrying me."

Tricia says she has been visited by her father in her dreams. Travis, 23, was caught underneath a kicking horse and credits his dad for saving him. 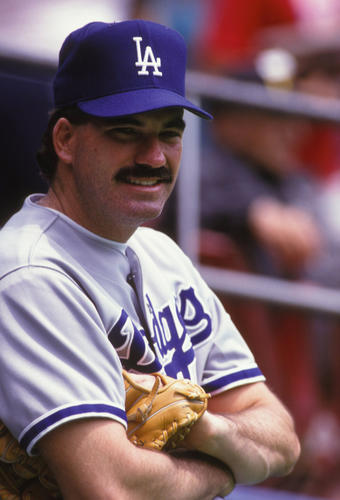 Tim Crews before a game against the Philadelphia Phillies on June 1, 1992. (Mitchell Layton / Getty Images)

"None of us carry keepsakes from our dad because he is always there," Travis says.

They believe he not only holds them, but sometimes directs them. After years of living in the ranch house with the view of the dock where Crews lost his life, last month Laurie finally sold it. With help from her boyfriend, Jerry Tate, and added support from her 18-year-old daughter Jeannie, she is finally leaving some the hardest memories behind.

"Somebody needed to tell Tim that it's time for me to leave. I think somebody finally did," Laurie says.

In some ways, for the Crews family 1988 is also long gone. Perhaps because it was such a disparate group, those Dodgers are not big on reunions, and few members of the team have reached out to them.

"I feel like we've been forgotten," Laurie says. "I wish I could get some guys in here to tell the kids about their father."

But through the Dirt Farmer, 1988 is in the Crews children forever, as they try to imitate their father's climb to greatness. Tricia is a veterinarian who delivers calves in the middle of the night without question. Shawn has worked his way into graduate school to become an architect. Travis is a hard-charging cop.

"Whenever somebody tells me I can't do something, I take it as a challenge that I can," Travis says.

This is the Dirt Farmer's legacy. This is the 1988 Dodgers' legacy. It's all in Laurie's letter.

"You really sounded down the other day on the phone, that's so unlike you … just concentrate on baseball and nothing else … It is what you've always wanted to do … just think of proving yourself to the world." 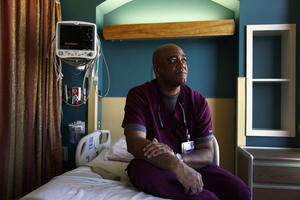 After years in the minors, the Dodgers backup catcher arrived minutes too late to play in the series clincher. 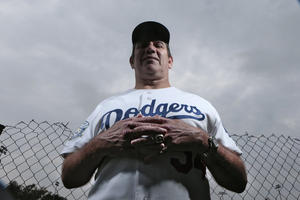 I needed work. I needed to get better. I had to go to Tijuana. 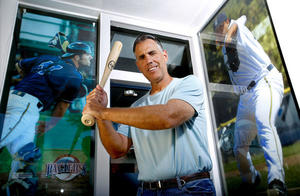 It was frustrating because this guy had all the ability in the world and didn't utilize it to the extent he should have.