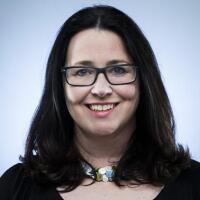 As deputy managing editor for digital, Megan Garvey had broad responsibility for our digital report, including breaking news on the web, the home page, the data team and the presentation of online projects. She was promoted to the position in March 2014 and let go during an organizational restructuring in August 2017 along with other senior leaders.

Garvey started at The Times in 1998 in the Valley Edition, where she was a general assignment reporter, before moving to the Orange County Edition where she covered transportation. In 2000, she covered the presidential election, moving to the Washington Bureau after the recount to write on a range of topics including the intersection of politics and entertainment, Congress and the Food and Drug Administration.

In late 2002, she came back to California to work as senior general assignment reporter in Metro. She covered crime, train crashes, the gubernatorial recall and was part of the team that won the 2004 breaking news Pulitzer for coverage of the wildfires. Her work on homicides in Compton and the early release of inmates from L.A. County jails triggered an interest in data reporting.

In 2007, Garvey became the morning assignment editor for local news and worked to reshape the desk to cover breaking news on the Web and simultaneously launch stories for print. The following year, she took on a new dual role as the assigning editor for health and county government and the editor for online data projects. She has managed a series of innovative online projects, including Mapping L.A., Crime L.A., the Homicide Report and the Los Angeles Times Teacher Ratings database. In 2012, she was named to the masthead-level position of assistant managing editor for digital after leading the entertainment section’s Web strategy and serving as home page editor.

Before joining The Times, Garvey worked as a features writer at the News & Observer in Raleigh, and she got her professional start as a copy aide at the Washington Post. She graduated with honors from the University of Chicago with a degree in history.