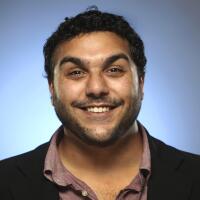 Nigel Duara covered the border for the Los Angeles Times, based in Tucson, until 2017. A Miami native, Duara was previously a reporter for the Associated Press in Portland, Ore. He is also a veteran of the American Middle West, with stints in Iowa City and Des Moines, Iowa. He graduated from the Missouri School of Journalism.