Five places (including Bakersfield!) where shark lovers can have a fantastic ‘Schweekend’

Get ready for "Schweekend"! Discovery Channel bounces back from July's massively popular "Shark Week" with the debut of shark-tastic programming on Saturday and Sunday. Here are five places where you can have authentic shark experiences that don't involve sitting on the couch. 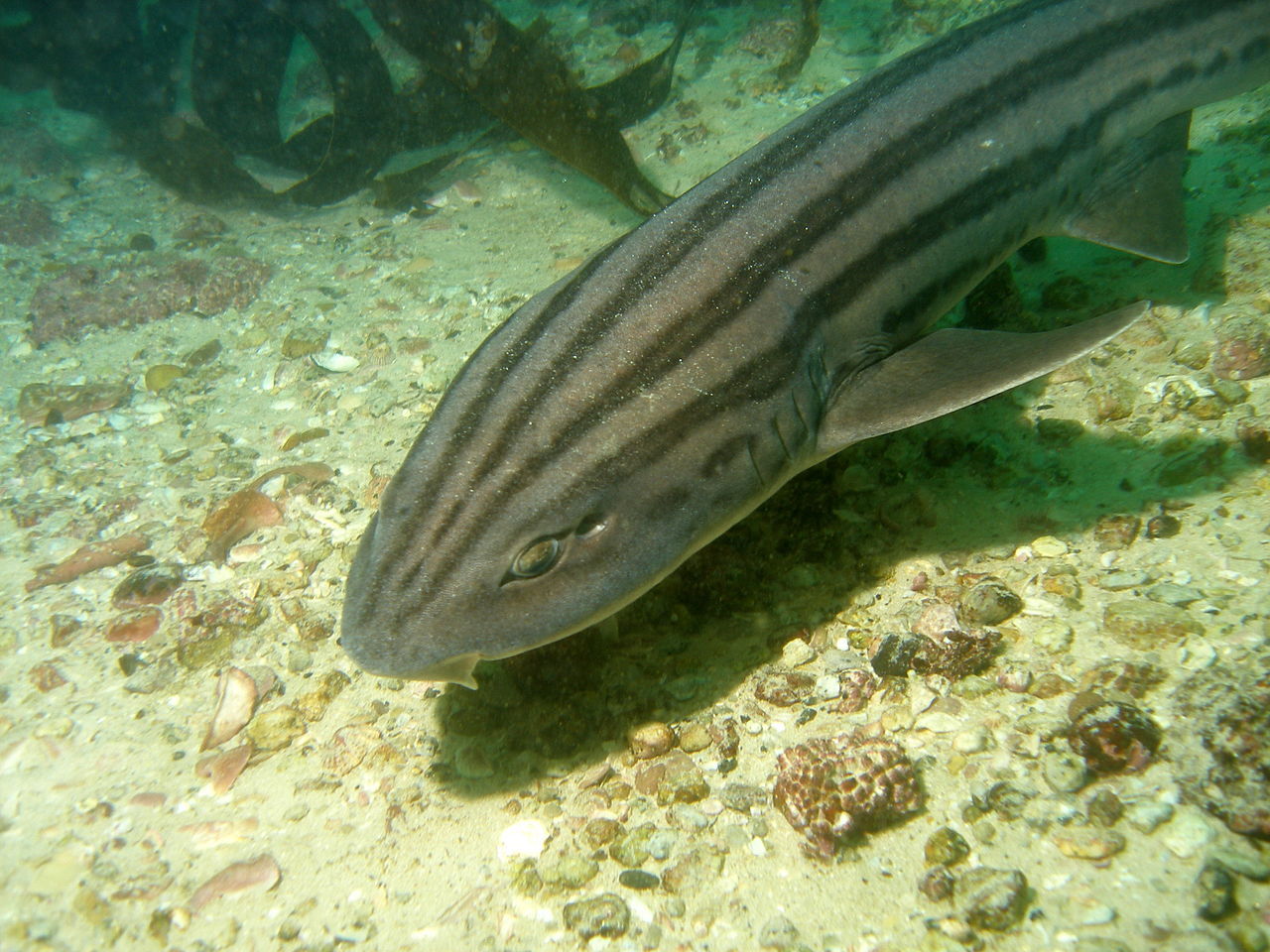 Go see the big dogs of the ocean for yourself from the safety of a cage. African Travel Inc. will plunk you down in shark-infested waters off Cape Town, South Africa, where you can stare them down or just gawk in amazement. No training necessary; $6,785 per person based on double occupancy. Info: African Travel's Thrilling Adventure in Southern Africa, (800) 421-8907

Hang out with hammerheads 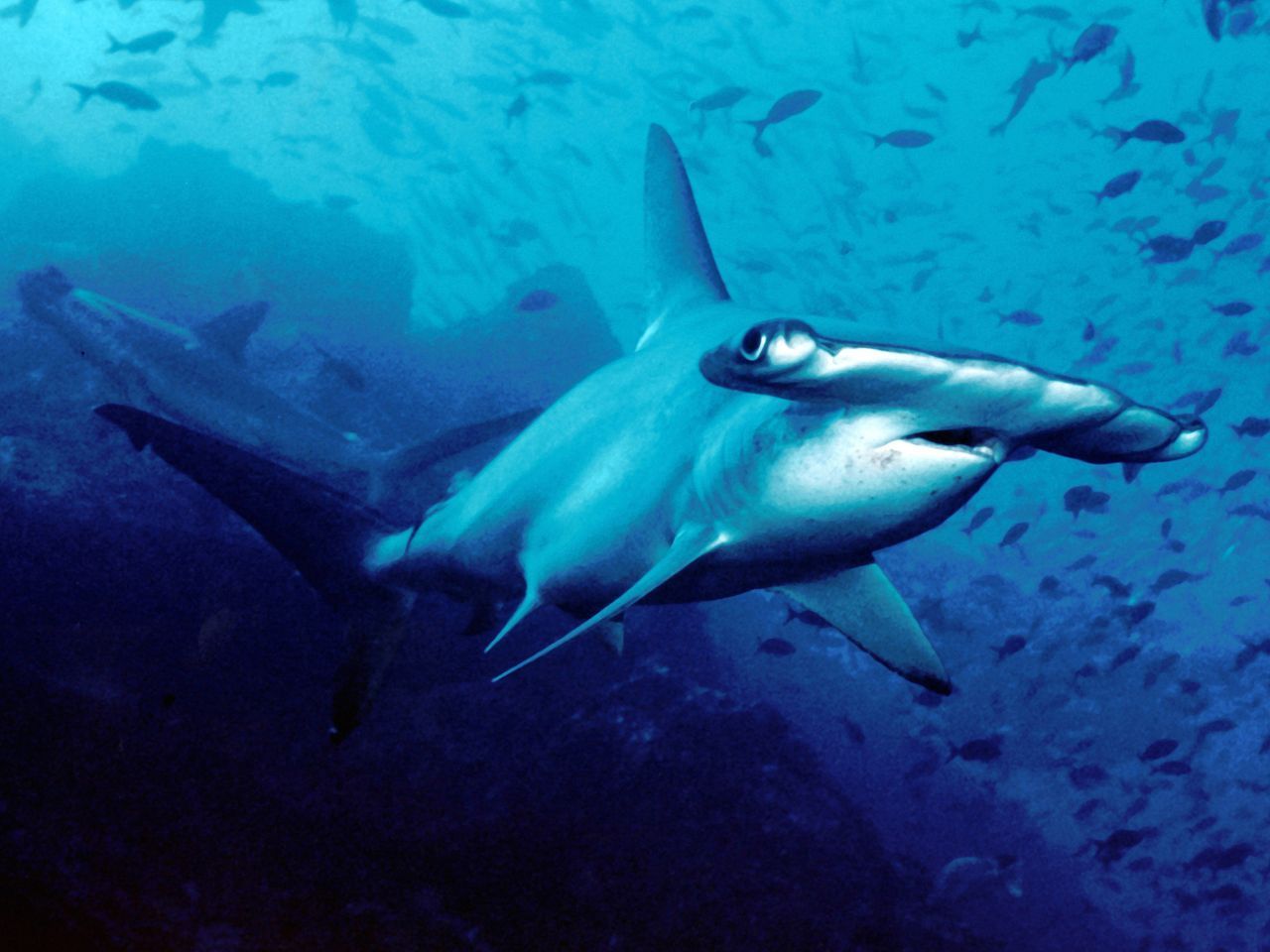 Cocos Island off Costa Rica offers one of the best diving spots to see these strange-looking sharks so aptly named. "Drop down, cling to a rock outcrop, aim your camera up and watch the show," GearPatrol.com says. You must have serious diving chops to attempt this dive or check out  Divescover where you can find other places to have an authentic hammerhead encounter. Info: Divescover 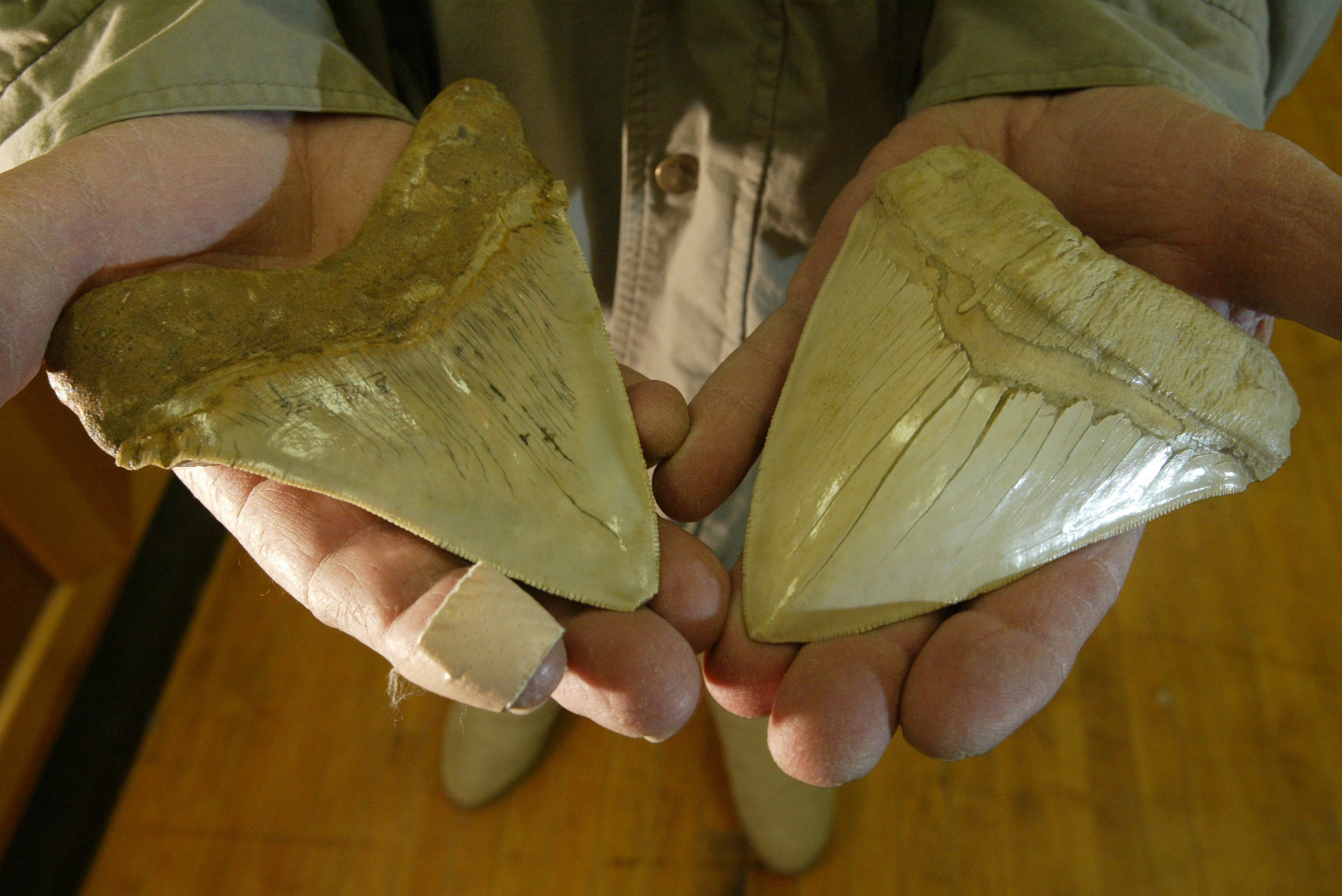 Yes, there are ancient shark fossils near Bakersfield, though scientists aren't exactly sure why. The Buena Vista Museum of Natural History & Science sponsors October digs at Ernst Quarries near Shark Tooth Hill in which you get to play paleontologist for a day. The best part: You keep all the shark teeth you can find. 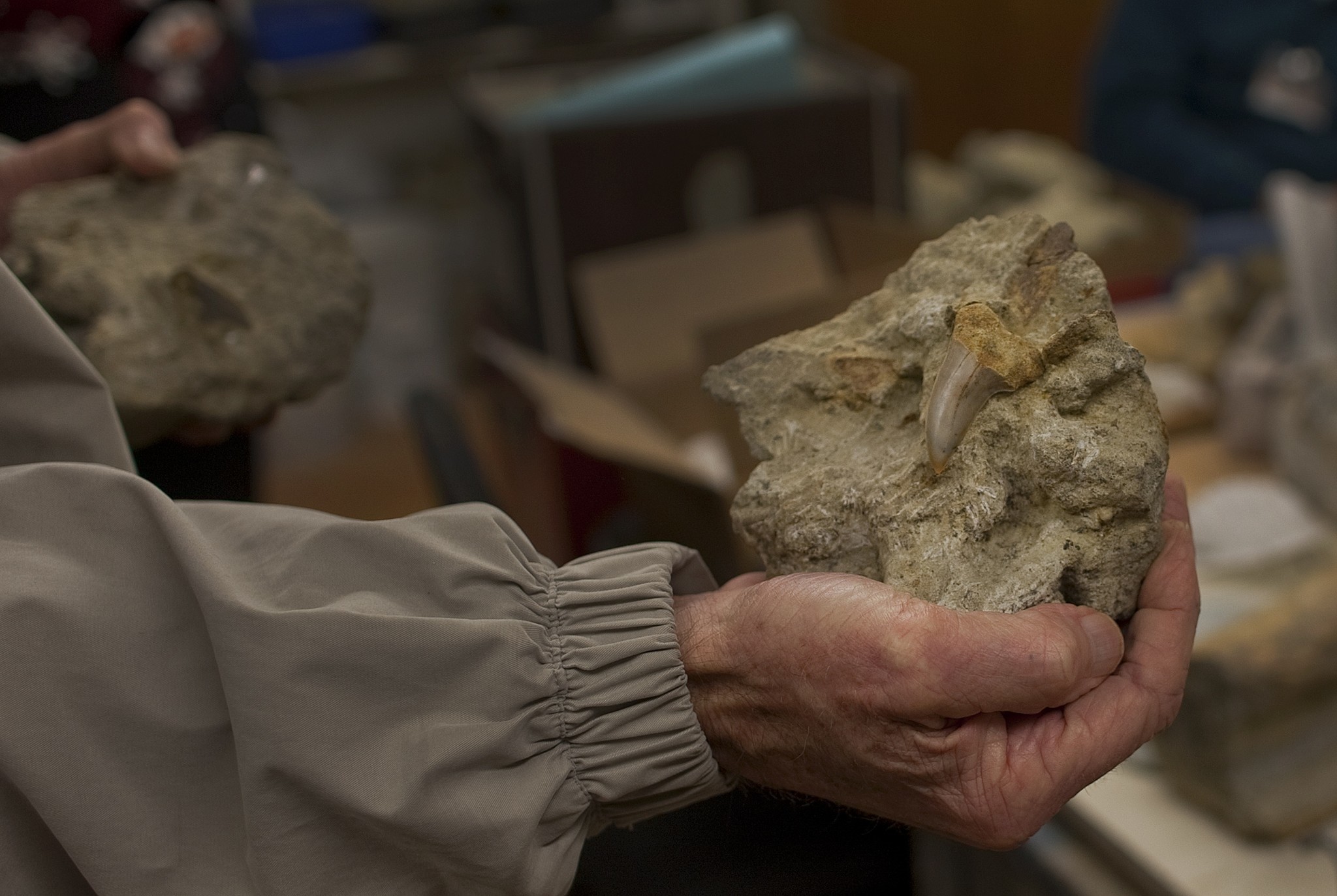 Teeth that once belonged to giant prehistoric killers called megalodons may be as big as your hand. Field guides show you where and how to dig. It costs $85 a day or $160 for two days, plus museum membership ($25 for individuals). Info: Buena Vista Museum of Natural History & Science, (661) 324-6350 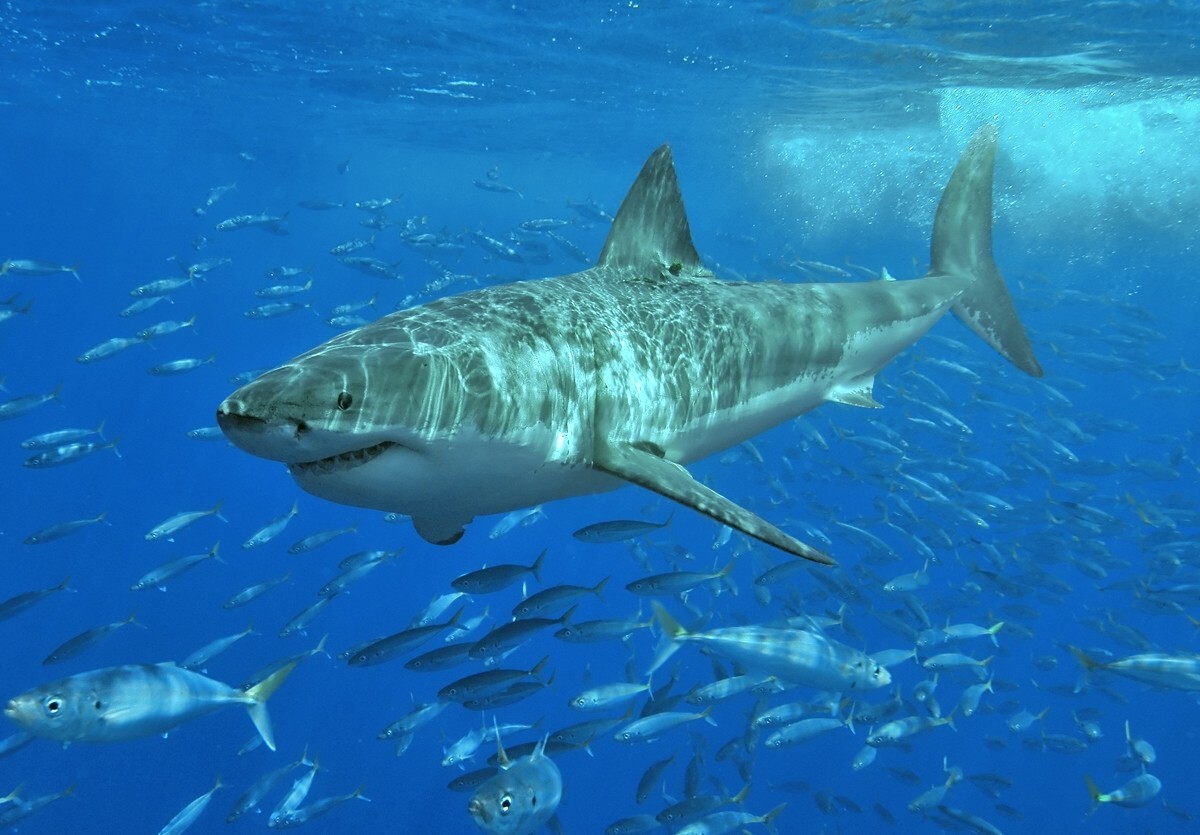 At the Houston Museum of Natural Science, you'll get to track great whites as they make their way around the Gulf of Mexico. You also can get close to a white-spotted bamboo shark from the Pacific waters off Asia and an epaulette carpet shark, native to waters around New Guinea and northern Australia. The exhibition "Shark!" continues through Sept. 7. Info: Houston Museum of Natural Science, (713) 639-4629 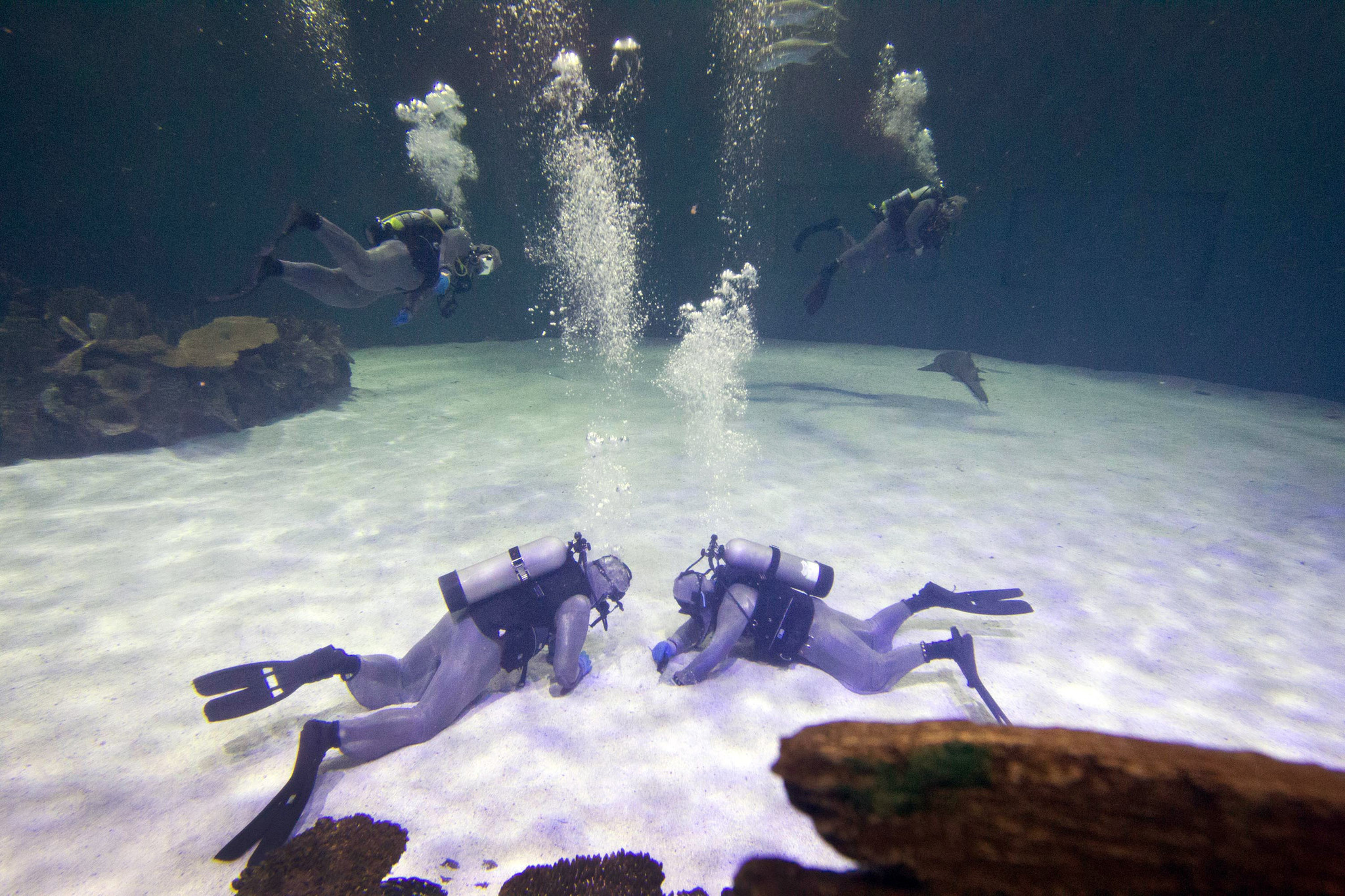 If you find yourself in Las Vegas and tired of Casinoville, take a break and check out the 9-foot sand tiger shark at Shark Reef Aquarium at Mandalay Bay. You'll also see nurse sharks, zebra sharks, blacktip reef sharks and other species that live in a total of 1.6 million gallons of fresh and saltwater exhibits. Certified divers can qualify to take a dip in the tanks with the aquarium's Dive With Sharks Program too. Info: Shark Reef Aquarium at Mandalay Bay.