How many Eiffel Towers does the world need?

It debuted at the 1889 world's fair in Paris and has endured as a beloved world landmark ever since. Its charm is evidenced by the kitschy copycats around the world.

The latest Eiffel Tower replica is one being built for the new Parisian Macau resort on the trendy hotel-casino Cotai Strip in Macau.

The resort is to open late next year, and its namesake Eiffel Tower will be just half the size of the original. 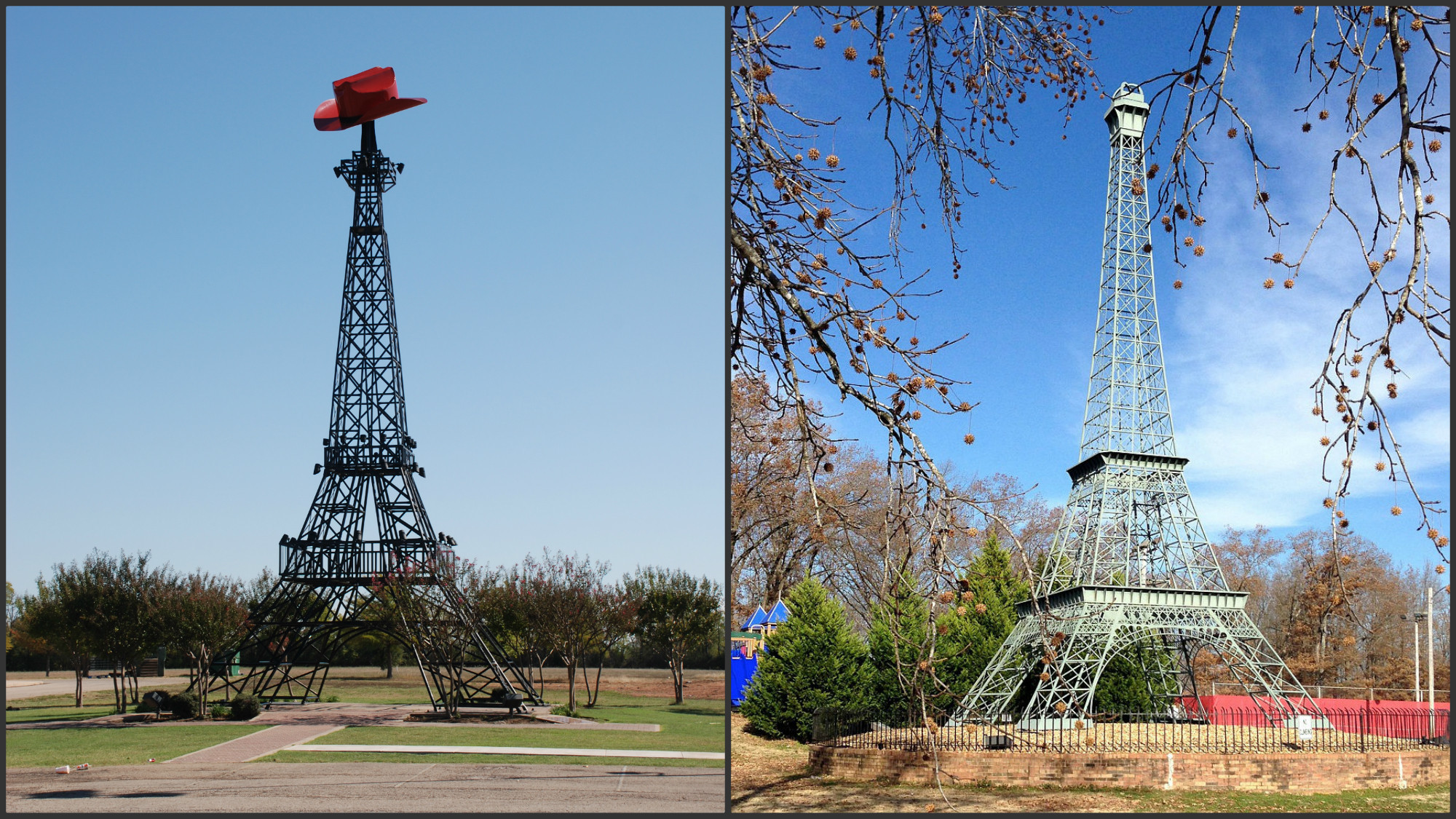 It's the only replica (above, left) to date that bears a huge red Texas-sized cowboy hat. The tower was built by an iron workers union and dedicated in 1993. The hat was added five years later when some locals wanted to boost the tower's 65-foot height to outdo a rival tower in Paris, Tenn. It's 1/16th the size of the real deal.

This tower (above, right) started life as a wooden structure at Christian Brothers University and was later moved to the town's Memorial Park in 1993. It's 1/20th the size of the French landmark and was replaced with metal after the wood started to deteriorate. You'll find this town -- and its tower -- about 85 miles northwest of Nashville. 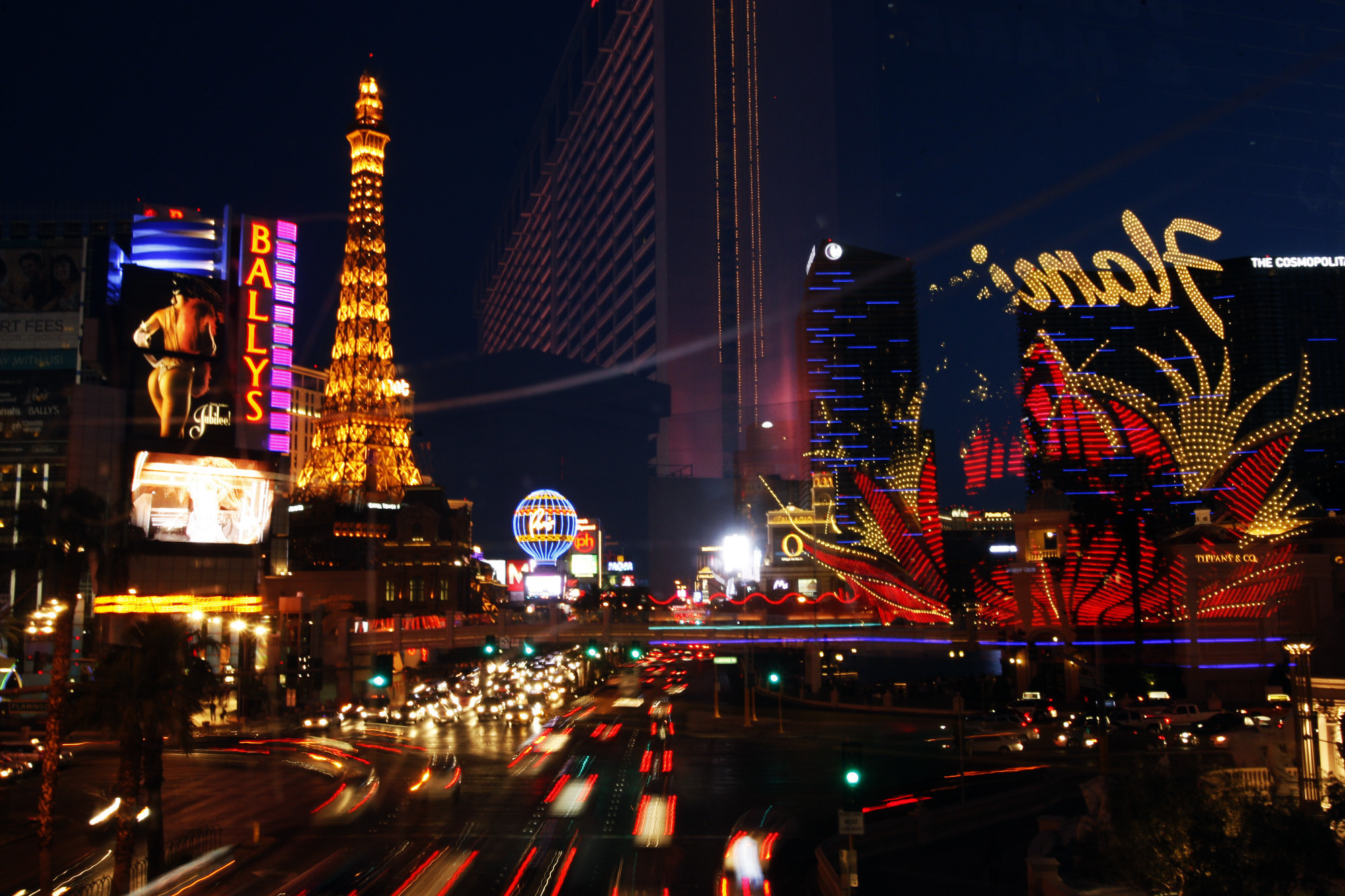 The 541-foot replica was built as part of the French-themed Las Vegas hotel that opened in 1999. It's about half the size of the original, and you can go up the tower for fantastic views of the Strip for $14 to $19. The Arc de Triomphe isn't quite as close to the tower as it is in Vegas; in Paris, it's more than a mile; in Vegas, it's part of the property.

This Eiffel Tower graces the France Pavilion at Epcot World Showcase at Walt Disney World. When you tire of Mickey and Goofy, take refuge along the Seine and experience a little bit of Paris. The replica is 1/10th the size of the original but creators did follow the blueprints of Gustave Eiffel in making the repro, according to Disney World's website. 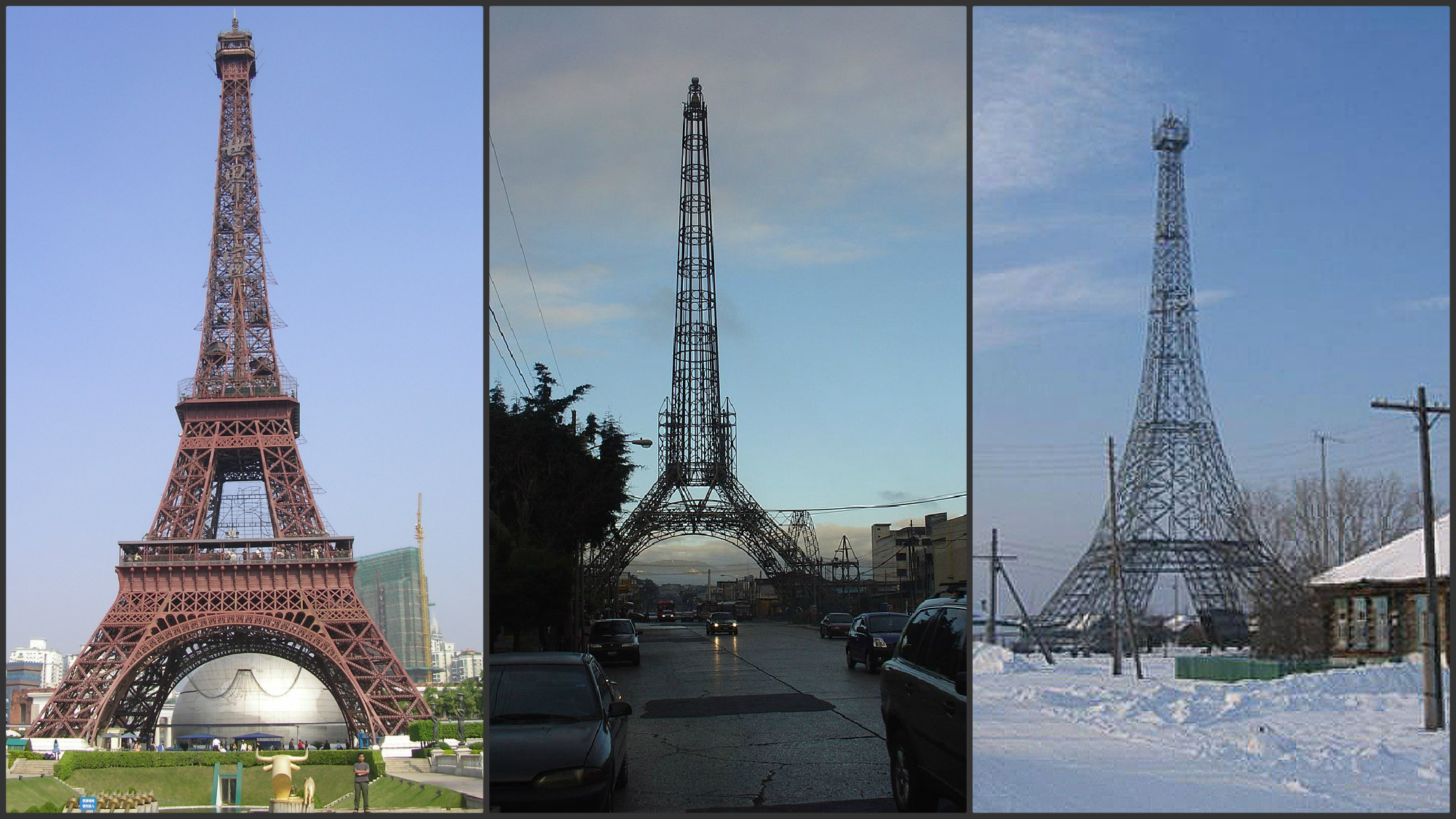 The Window of the World theme park in Shenzu boasts more than 100 reproductions of famous landmarks from around the world. The 354-foot Eiffel Tower, above at left, in the city just north of Hong Kong towers over Egypt's Pyramids and India's Taj Mahal.

Eiffel Towers are in short supply in Latin America. Technically, this isn't a replica (above, middle). It was built in 1935 and is known as Tower of the Reformer. The structure that resembles the Paris landmark was built to honor former president Justo Rufino Barrios. The original had a bell on top but it has been replaced with a beacon of light.

A tower stands in this most unlikely of places: Parizh (for Paris), a village in Chelyabinsk Oblast more than 1,100 miles east of Moscow. This Eiffel Tower (at right, above) is actually a cellphone tower and it stands about 164 feet high. It was erected in 2005.

The 10 creepiest Halloween haunts in the U.S.: Where to scare yourself silly