If you haven't heard about the BauBax Travel Jacket, you may. That's because 8,547 people (as of Thursday afternoon, and you're bound to know one of them, right?) on Kickstarter have pledged a total of $1,433,829 to help make the jacket a reality -- and there are still 42 days to go.

Right now a pledge of $119 (the $99 pledges are sold out) gets you in line for a jacket. There are four styles to choose from -- blazer, windbreaker, fleece-lined bomber jacket and sweatshirt, for women or men.

What's so great about the jacket? Some will say it's very much like the Scottevest jacket and vest. They do share some similarities, including lots of storage space. I have not seen, felt or tried on a BauBax jacket because right now it exists only in the virtual, and, I suppose, the prototype, world.

But I have examined the 15 travel-friendly features the company touts. Some feel self-evident. The "hand-warming" feature is (wait for it) two front pockets to put your hands in.

Others seem not-so-obvious: The blanket pocket doesn't come with the pocket blanket; it's a separate purchase.

Here are my picks for the oddest extras that may also be useful on a travel jacket gone viral.

This idea isn't far off those crazy caps with cans of beer, but much more discreet. The insulated neoprene pocket holds a can of soda, but don't think you can fit a Big Gulp in there.

"The drink pocket is designed to hold your drink when your tray table is occupied by a laptop or a meal or magazines," BauBax co-founder Hiral Sanghavi said by email.

OK, but it won't work if the airline server hands you one of those little plastic cups. I suppose it's handy if you want to secret a beer when you're out in public. 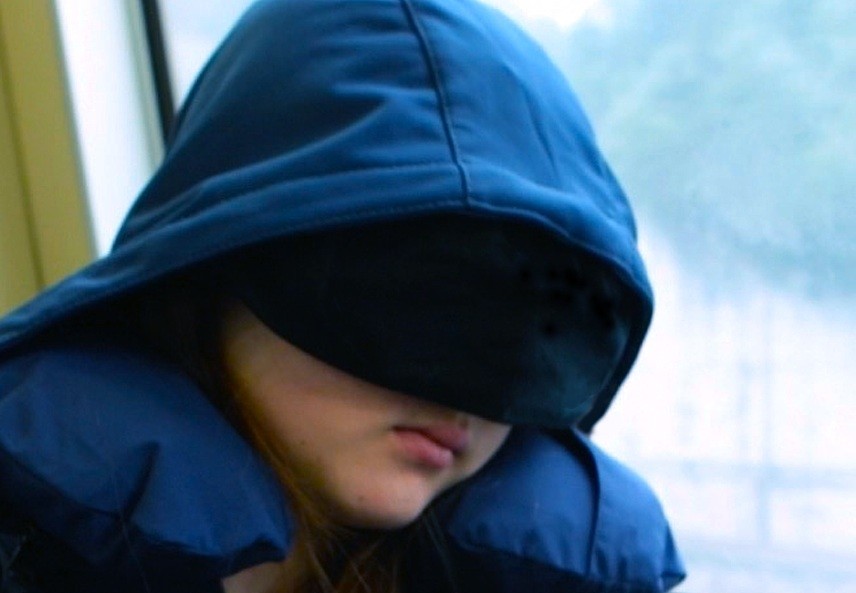 The built-in eye shade pulls down from the hood of the jacket or blazer. It doesn't look like those little eye shades shaped to fit your face that airlines sometimes hand out on overseas flights. In fact, it could double as your Las Vegas disguise when you play in a celebrity poker tournament.

Note the other hoodie built-in in this photo: an inflatable neck pillow. 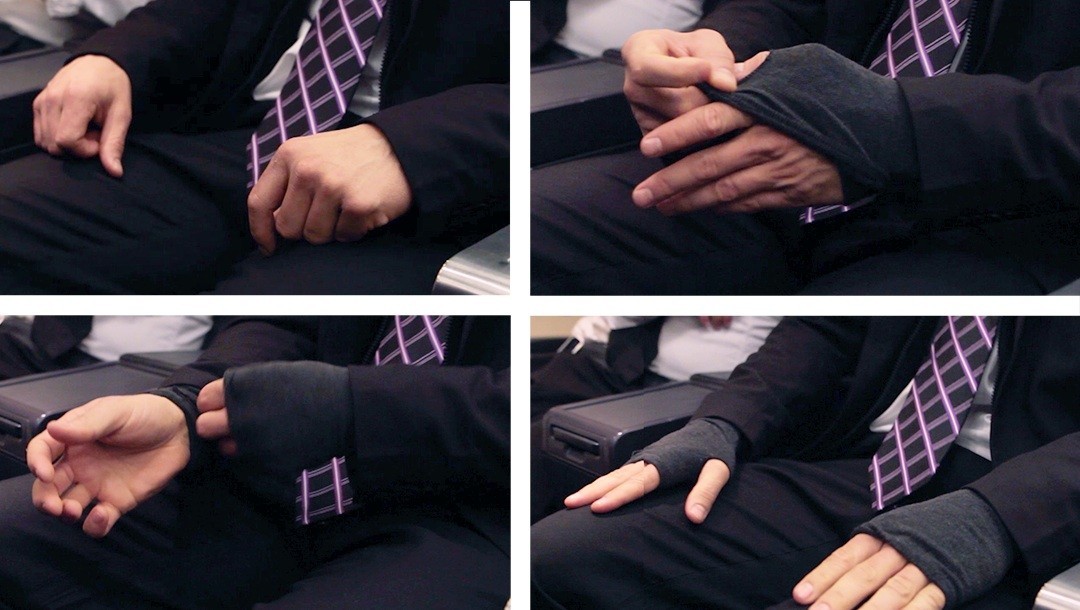 It would be kind of strange to see the person sitting next to you on a plane suddenly pull fingerless gloves out of his or her sleeves. But I get that people may need them to keep their hands warm -- on or off the plane.

The zipper with a pen starts feeling overly nerdy: Do you really want what dangles from your jacket zipper to be your fashion statement while traveling the globe? One slight cool factor that may override this: It doubles as a stylus if you're working on a tablet. 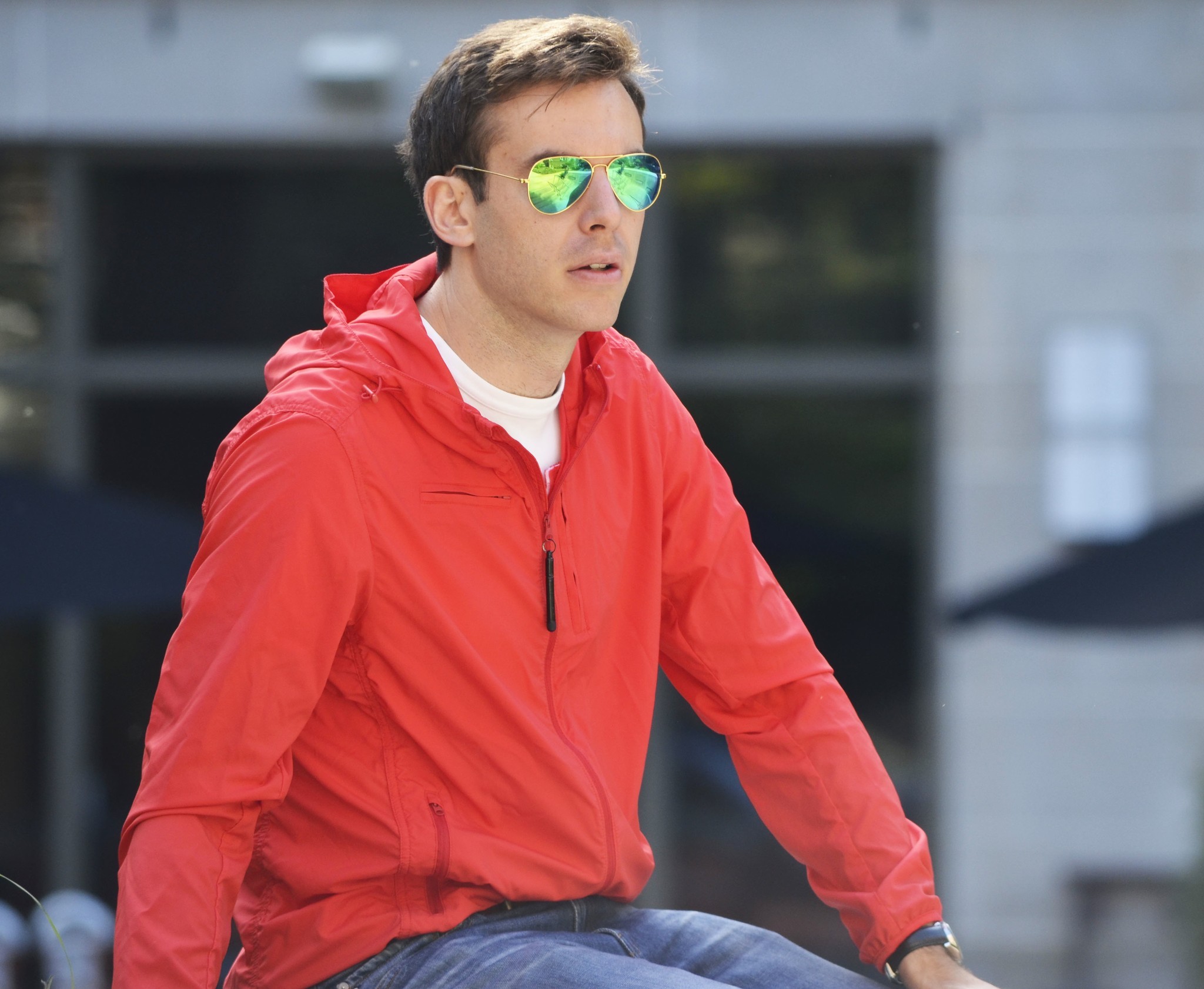 But am I going to look like an elephant seal when I load it up with a tablet or Kindle, sunglasses and glasses, passport, iPhone, charger in built-in charger pocket, IDs, pocket blanket, wallet and peanuts to snack on?

"The heaviest gadget is the iPad, and they are getting lighter each year," Sanghavi said. "Everything else adds hardly any weight."

Where to find $20 ski lift tickets next winter: Would you believe Iran?

Now you can share your hotel pet peeves in this survey