There are few things more electric than nightfall on the Malecón, the iconic esplanade that stretches along Havana's coastline. This is where the city comes to life when the sun goes down. Stroll on a Friday or Saturday night and you'll see locals young and old drinking rum and playing music along the old stone seawall. In Cuba, a poor country where text messaging is expensive and few people have regular access to the Internet, socializing is still done in person, and in Havana the Malecón is where it happens. 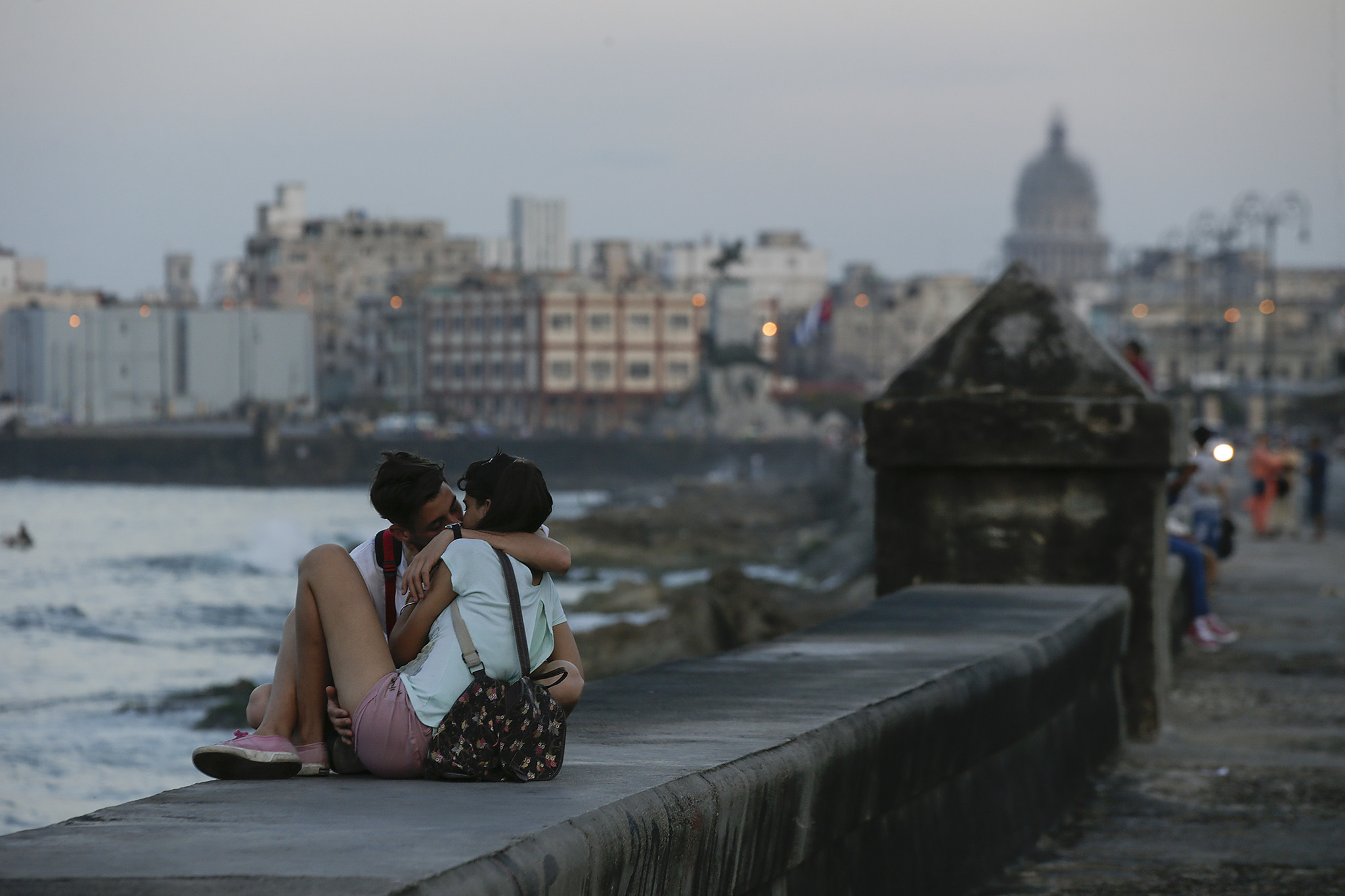 A kiss on the Malecón. 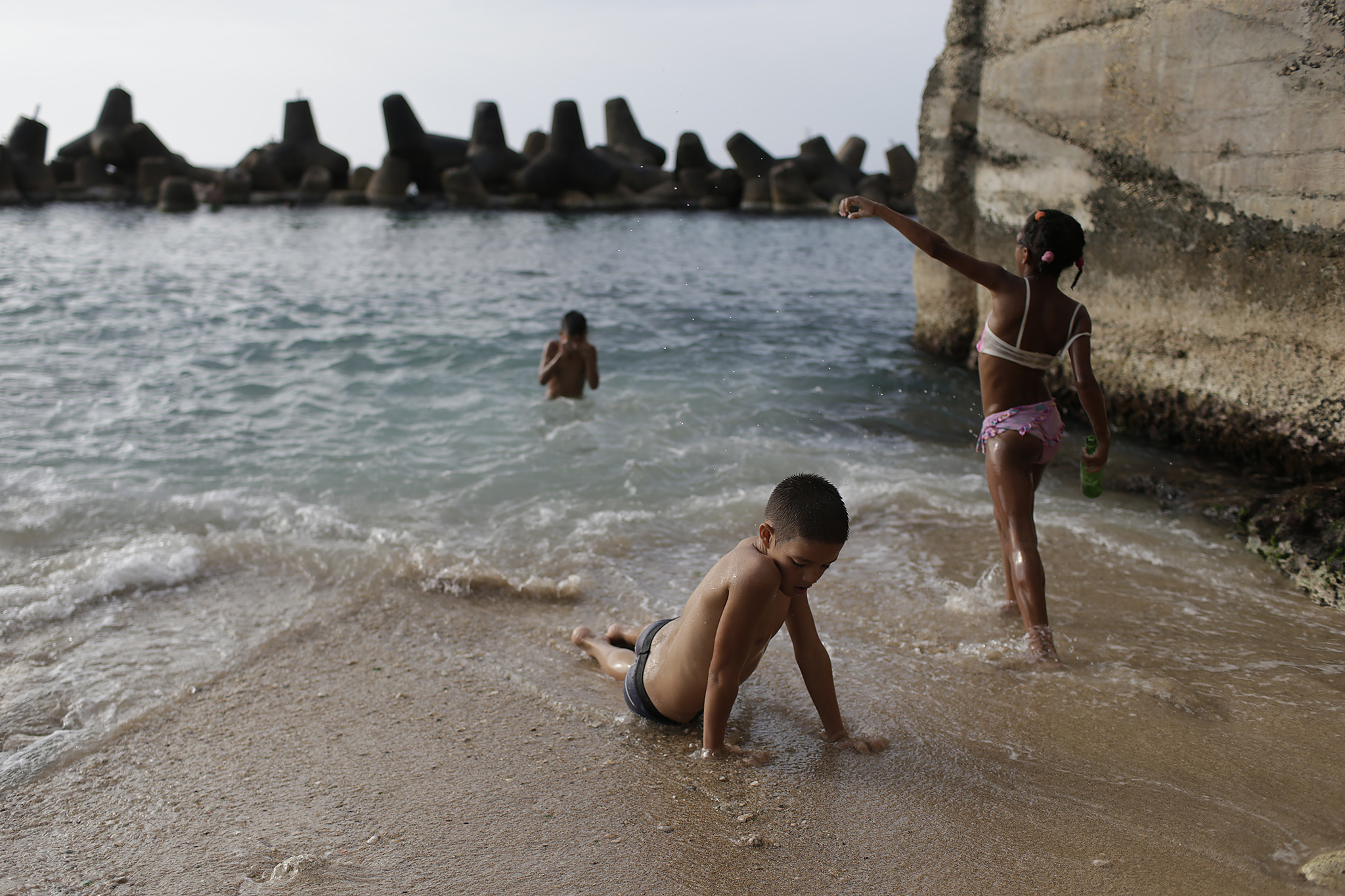 Children play in a man-made cove near the Malecón. 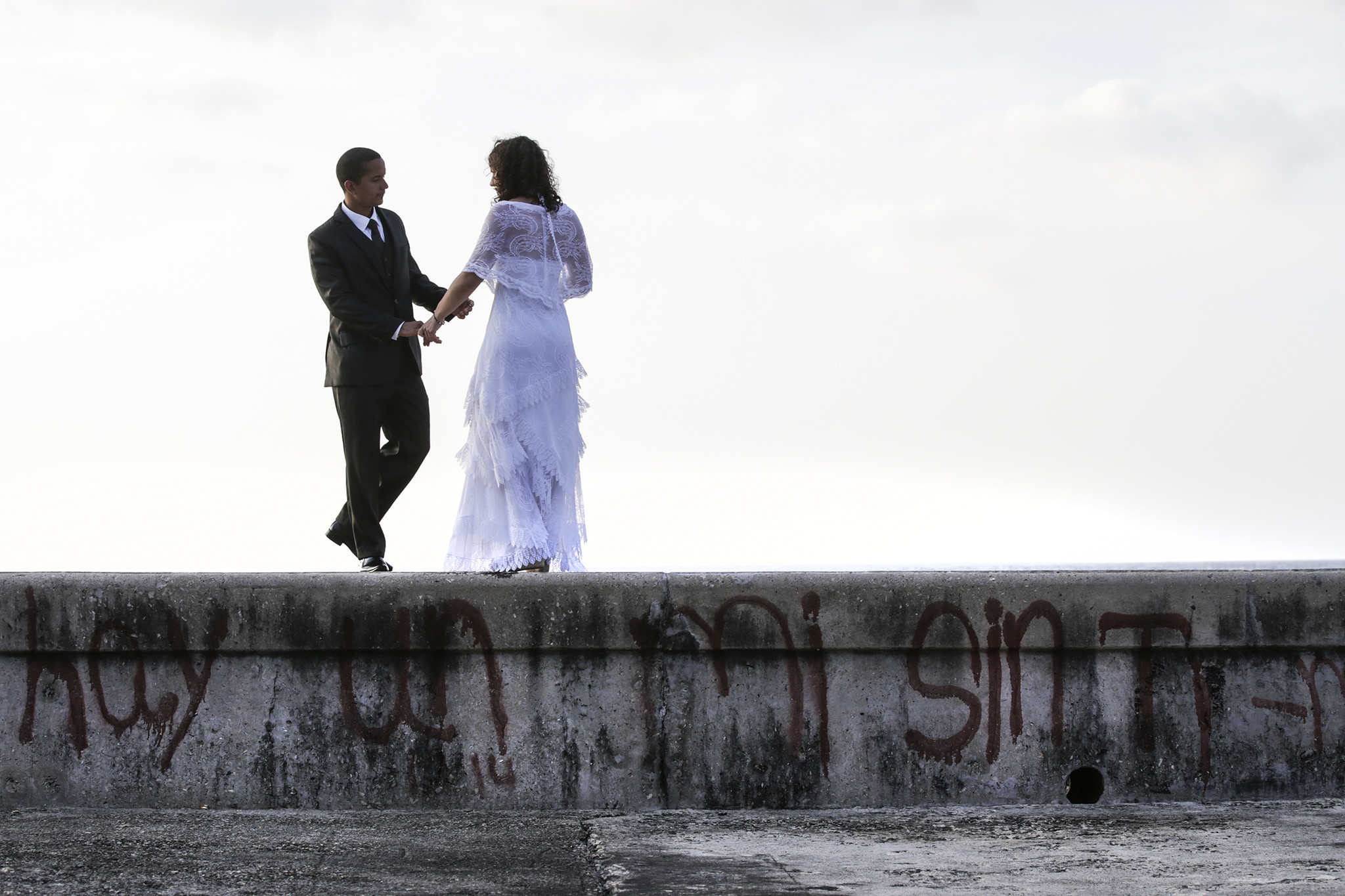 A couple poses for wedding photos on the Malecón. 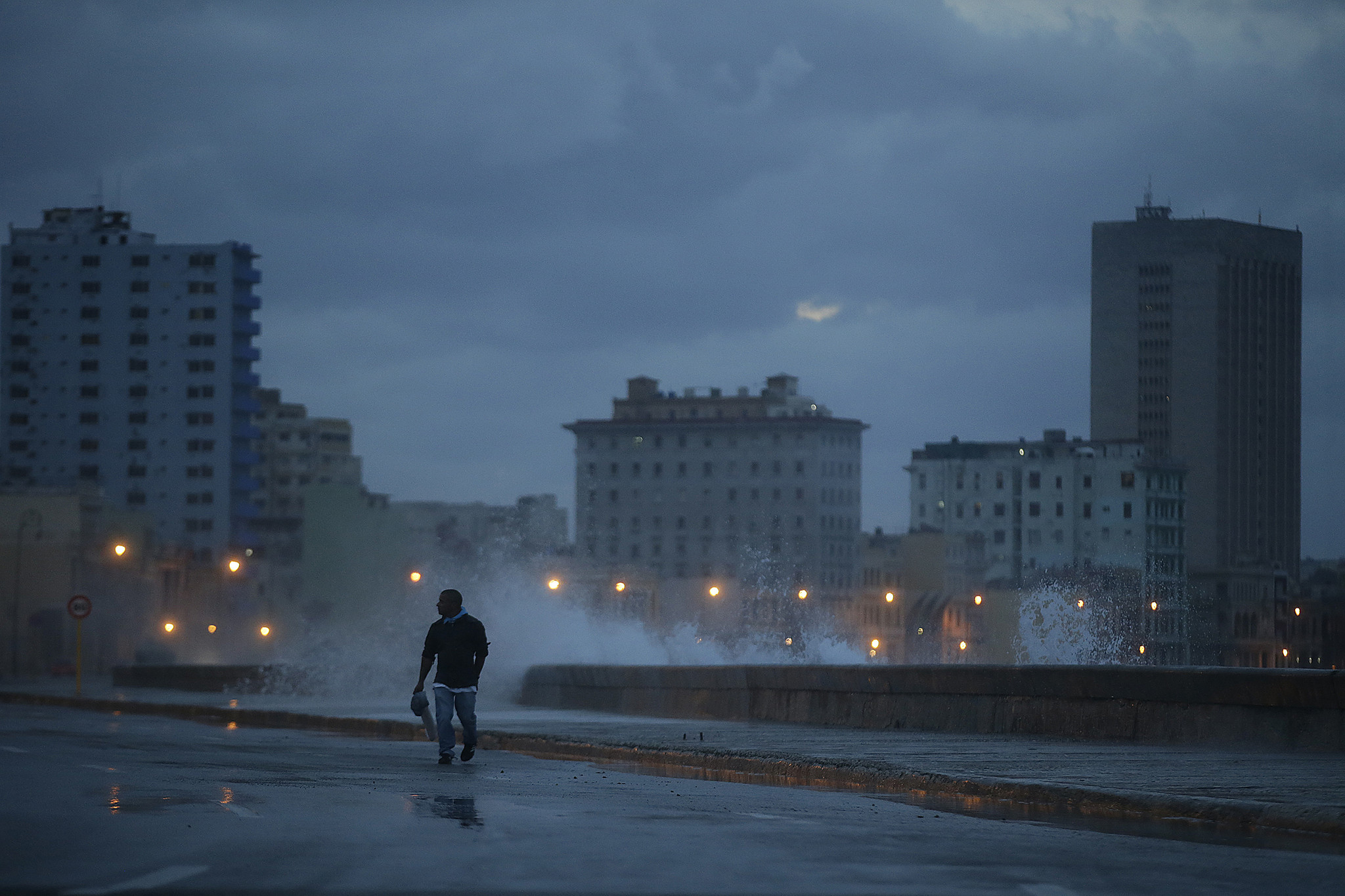 Waves crash on the Malecón. 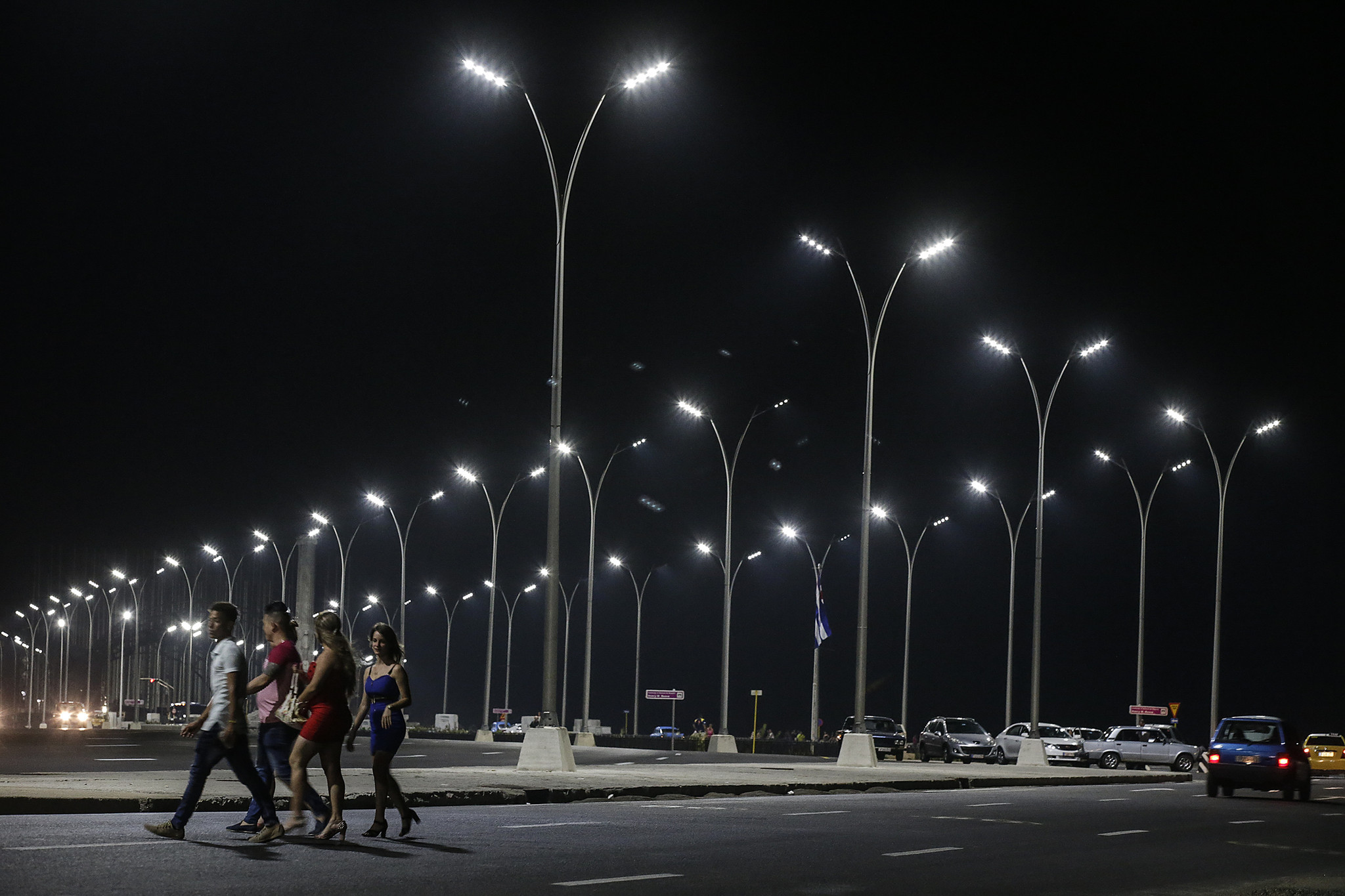 No need to use a marked crosswalk as pedestrians are allowed to freely cross the Malecón as cars rush by, often at high speeds. 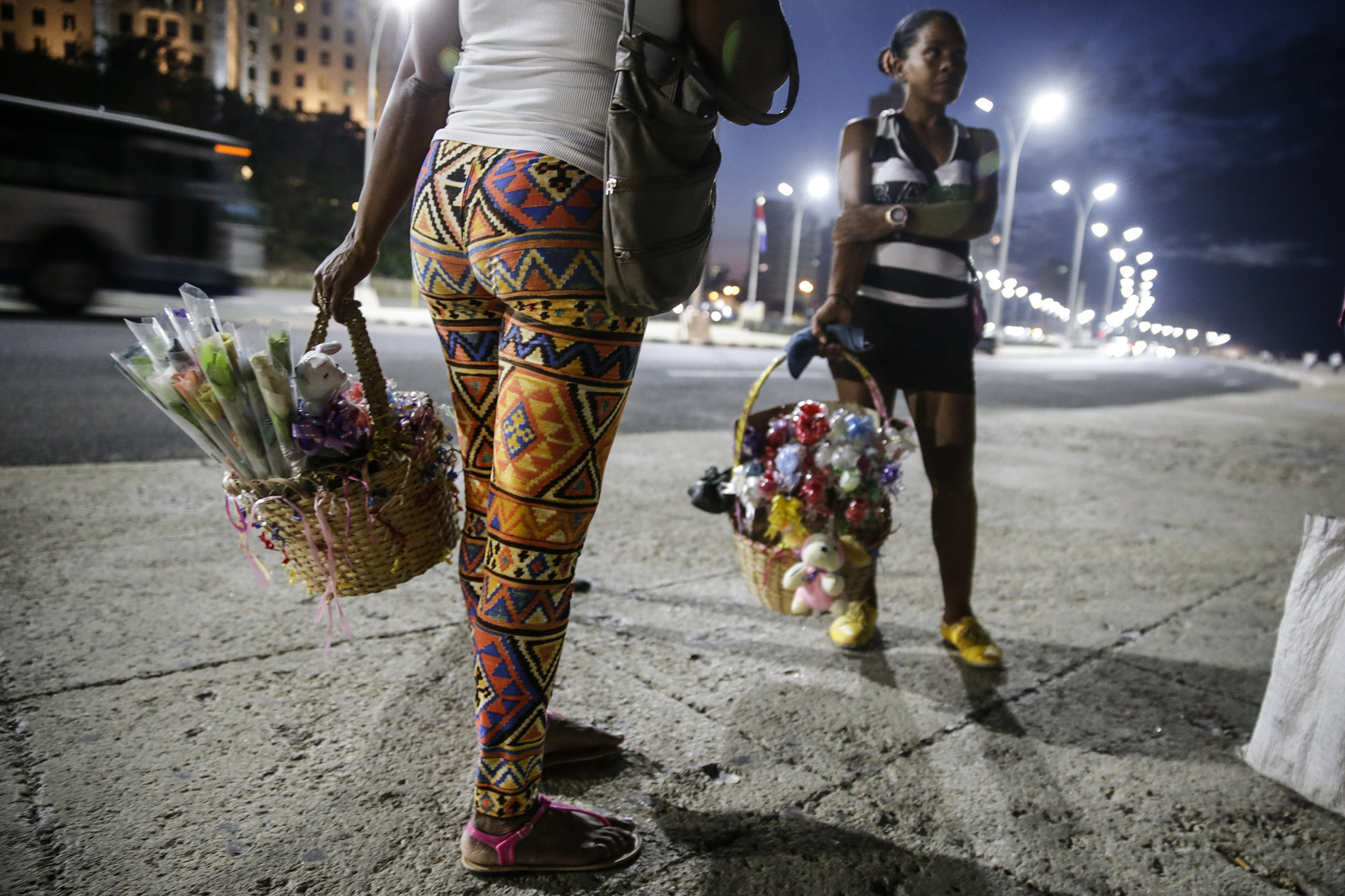 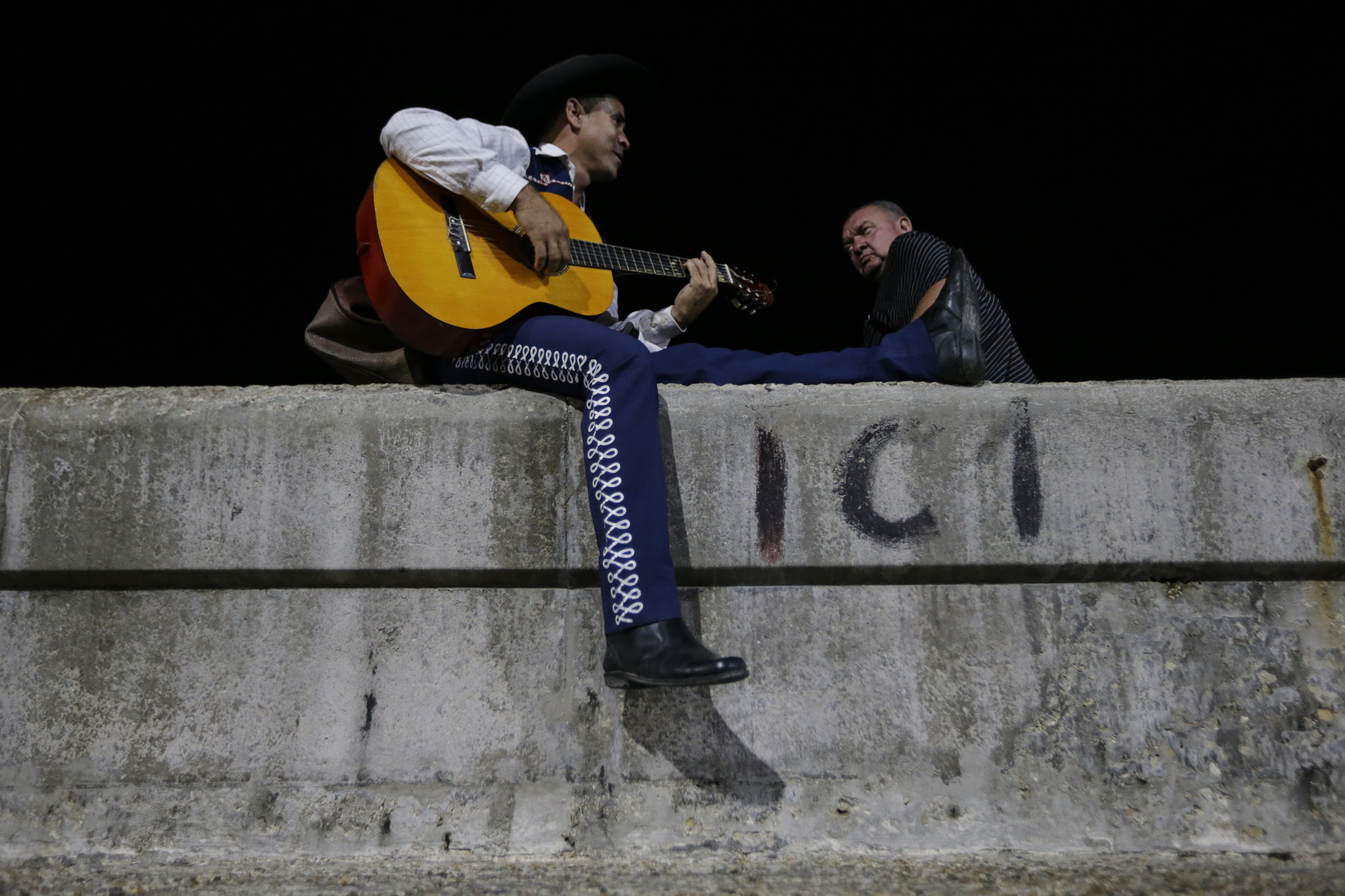 A man is serenaded by a street musician late into the night on the Malecón. 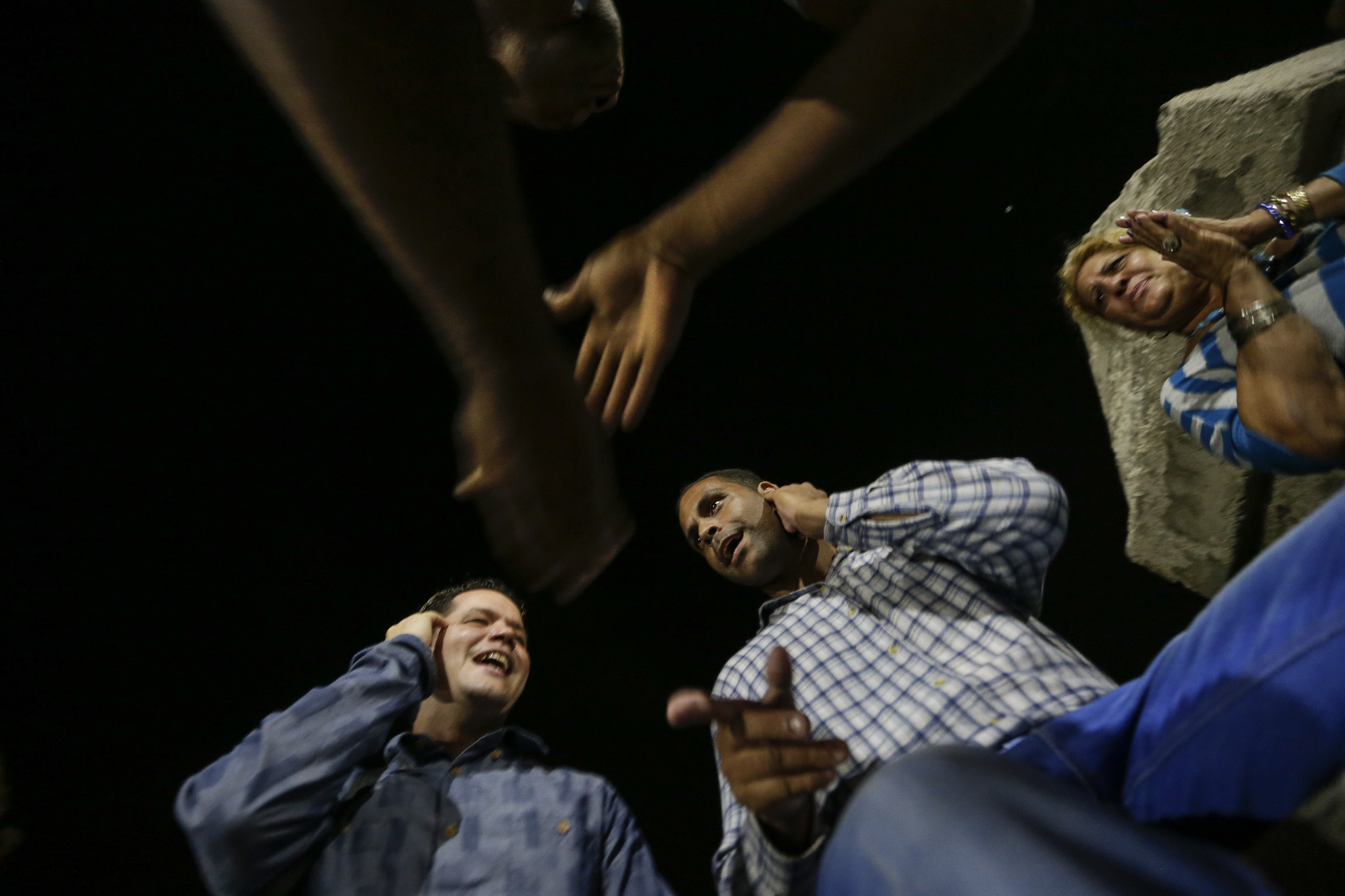 Men harmonize a capella in the evening on the Malecón. 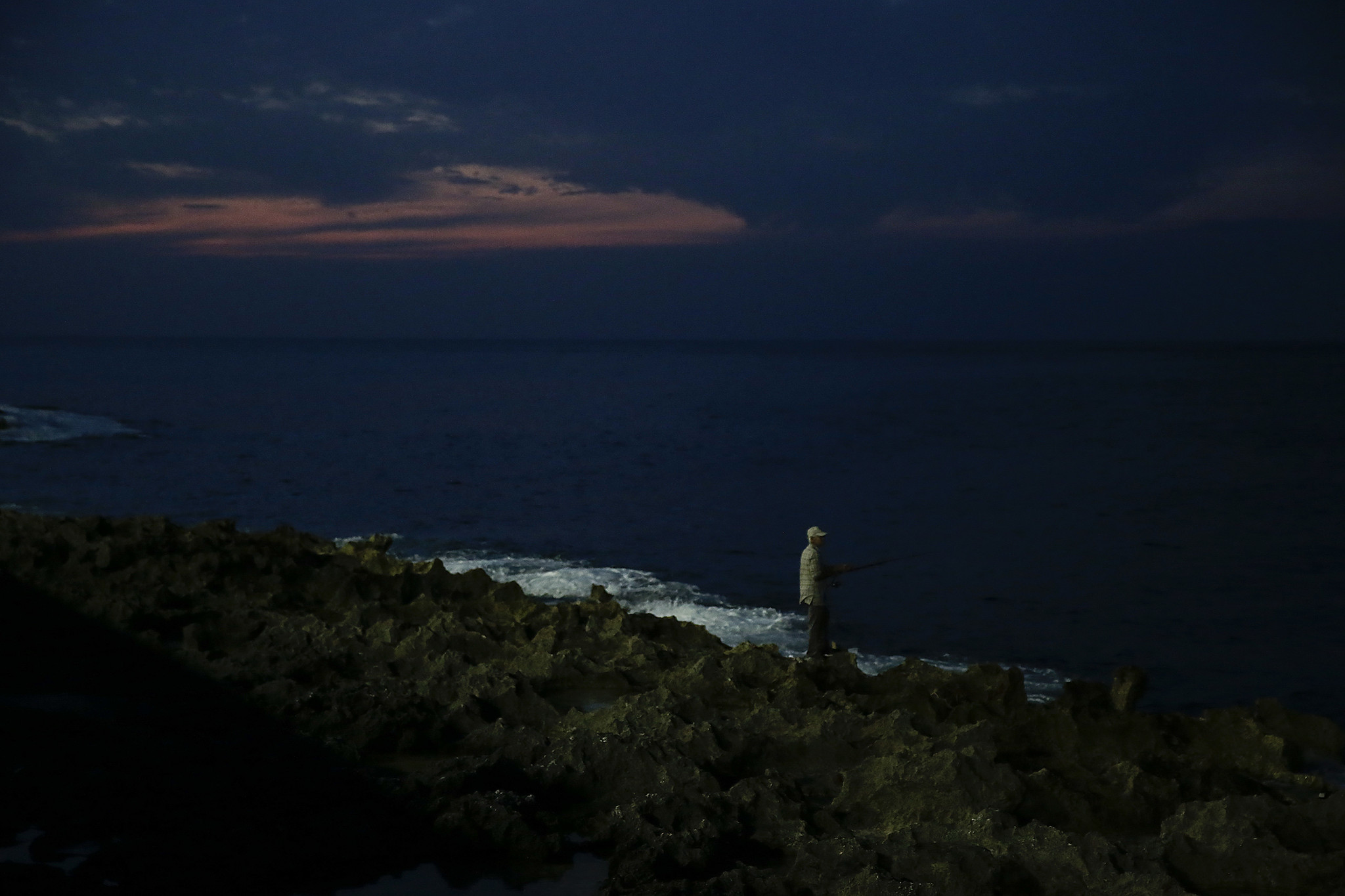 Sunlight fades as night falls on a fisherman at the Malecón. 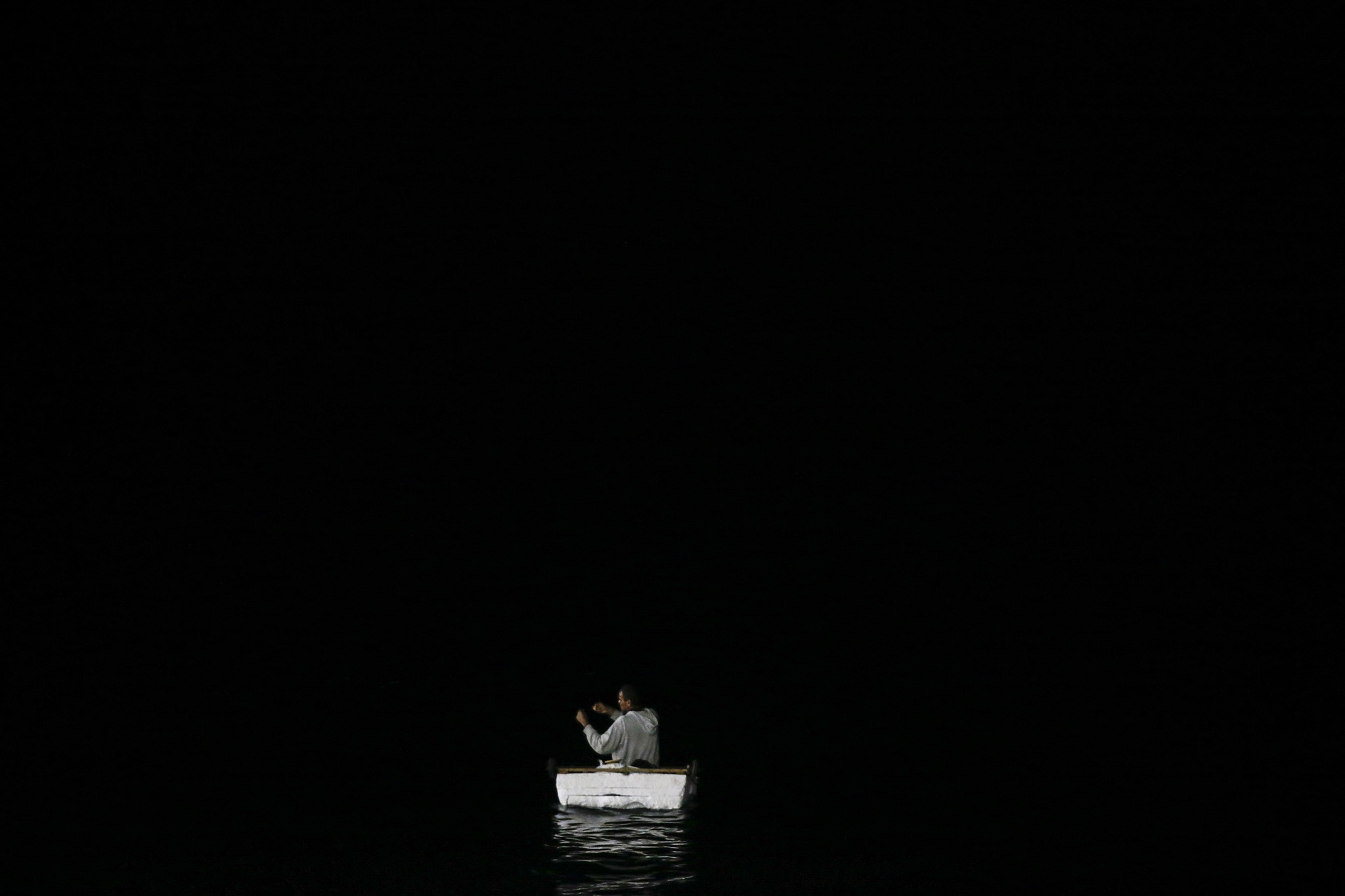 Illuminated by streetlights on the shore, a fisherman trolls the waters near the seawall along the Malecón late into the night. 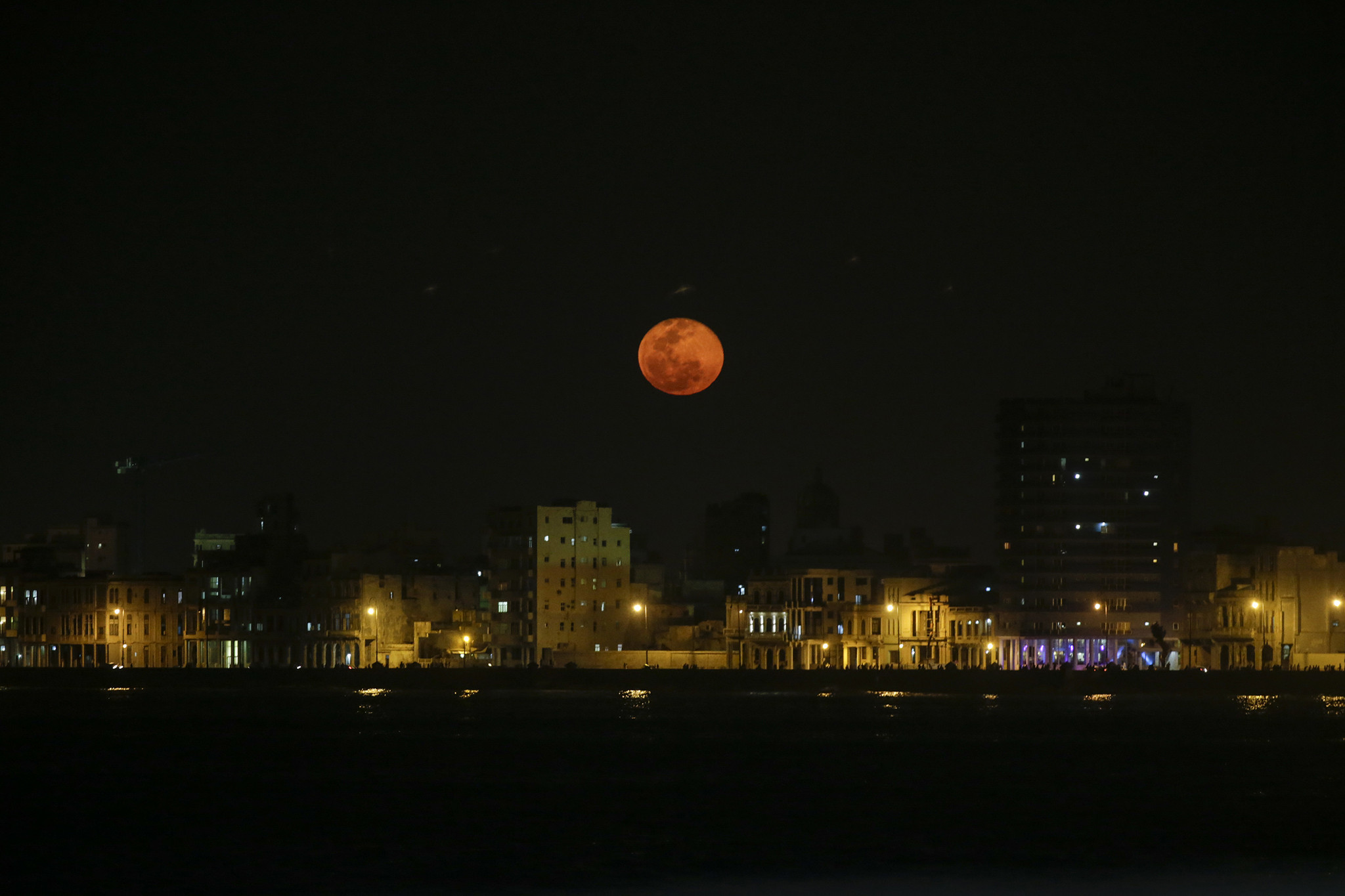 A red moon rises over the Malecón.

Robert Gauthier has been with the Los Angeles Times since 1994. He has covered international and national stories, including Middle East conflicts in Iraq and Lebanon and catastrophes such as the Sept. 11 attack in New York and Hurricane Katrina in New Orleans. His assignments also include sporting events such as the Olympic Games, Super Bowls and NBA championships. Gauthier was the photographer for a story detailing the failings of a Los Angeles public hospital; the project won the 2005 Pulitzer Prize for public service. Other awards include the Robert F. Kennedy, World Press, Pictures of the Year and Sigma Delta Chi. Before The Times, Gauthier worked at the San Diego Union-Tribune, the Escondido Times-Advocate and the Bernardo News in San Diego County, his hometown.