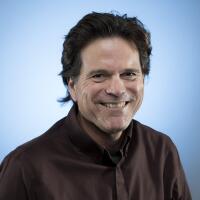 Robert Gauthier has been with the Los Angeles Times since 1994. He has covered international and national stories, including Middle East conflicts in Iraq and Lebanon and catastrophes such as the Sept. 11 attack in New York and Hurricane Katrina in New Orleans. His assignments also include sporting events such as the Olympic Games, Super Bowls and NBA championships. Gauthier was the photographer for a story detailing the failings of a Los Angeles public hospital; the project won the 2005 Pulitzer Prize for public service. Other awards include the Robert F. Kennedy, World Press, Pictures of the Year and Sigma Delta Chi. Before The Times, Gauthier worked at the San Diego Union-Tribune, the Escondido Times-Advocate and the Bernardo News in San Diego County, his hometown.