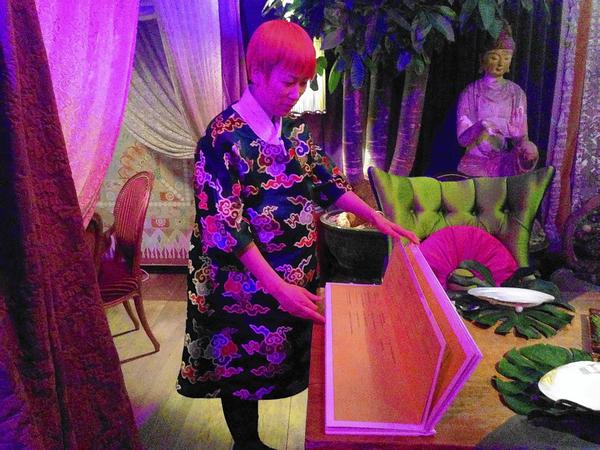 Story and photography by
Julie Makinen

A Peking duck dinner might inspire a twinge of guilt about indulging in some decadent, fatty fowl. But health-conscious diners at the high-end Da Dong restaurant chain here in the Chinese capital can at least rationalize that they did a little weightlifting before their meal.

That's because the menus at Da Dong are heftier than a small gym dumbbell — 5 pounds, 4 ounces, to be exact. Measuring 20 inches tall, 15 inches wide and more than an inch thick, the 140-page menu outweighs National Geographic's Global Atlas.

Packed with rich color photos, the volume is divided into chapters with sumptuous red-and-white calligraphy paper. The brown binding bears the restaurant's name, and a table of contents listing about 200 dishes runs four pages. And diners are handed two other menus: a selection of seasonal items (24 pages) and a wine list (a relatively svelte 19 pages).

Da Dong's massive menu may be among the most eye-popping in town, but it's hardly alone in its heftiness or artistic ambition. Even as a trend toward in-season and locally grown food has helped shrink the list of dishes at many au courant establishments in the United States and Europe in recent years, transforming their bills of fare into single-sheet affairs printed daily on ordinary paper, high-end restaurateurs in China have been supersizing.

China's penchant for magnum opus-style menus is even spilling over to Western eateries here. Mr and Mrs Bund, Paul Pairet's haute French bistro in Shanghai, rated the top restaurant in mainland China by the Miele Guide for several years running, has embraced the concept with gusto, presenting a 20-page offering of about 150 items ranging in price from $6 to more than $130, with photos of almost every dish.

"We were inspired by these Chinese menus," Pairet said. "Western menus, they try to avoid repetition, and the price range is very narrow, but we wanted to open it up." 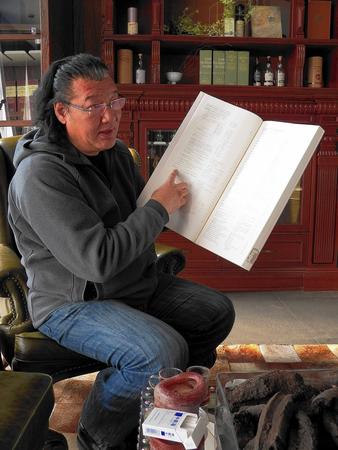 Chef Dong Zhenxiang of Da Dong restaurant in Beijing said customers used to swipe his menus as they grew more elaborate. With his mega-menus, theft is now way down, he said.

Extensive Chinese menus are hardly new; just ask anyone who's ordered from a Chinatown takeout joint stateside. (Harley Spiller, who holds the Guinness World Record for the largest collection of Chinese takeout menus, says his longest comes from Grand Sichuan in New York City.) But in general, stateside Chinese menus are slimmer than their mainland Chinese counterparts.

Just why Chinese menus are growing in girth is a complex question rooted in cuisine, culture and commerce.

The Middle Kingdom has great culinary diversity, and whereas Western cooking often relies on time-intensive techniques such as baking and roasting, Chinese cuisine tends to utilize a relatively finite number of ingredients, with chefs producing a multitude of dishes just by switching from boiling to sauteing or using a slightly different sauce. In addition, low labor costs in comparison with the West make it easier to have more cooks in the kitchen.

Family-style ordering feeds a desire for selection, as do cooks eager to cater to diverse parochial palates, from the spicy-loving Sichuanese to the more delicate-dining Shanghainese. A culture of entertaining, whereby hosts show their generosity by ordering lavishly, also pushes restaurateurs to expand their offerings.

Other less obvious factors over the last 20 years have also helped make menus in China increasingly elaborate. Jen Lin-Liu, author of "On the Noodle Road: From Beijing to Rome with Love and Pasta" and owner of Black Sesame Kitchen in Beijing, said it's a reflection of China's past poverty mixed with relatively recent economic gains.

"Chinese are able to try all kinds of imported ingredients that weren't available just a little over a decade ago," she said.

Ordinary customers and competitors would steal [our menus]; they would put them in their bags or under their coats. ”

Dong Zhenxiang, the chef behind the 600-seat Da Dong, says he started adding photos to his menu in the early 1990s after winning designation from the local government as a "tourist class" restaurant as the nation shed Communist canteens and embraced capitalism.

He found that foreigners as well as Chinese alike appreciated the visual guide.

"Chinese dishes sometimes are very abstract when it comes to their names. Even Chinese people, if they don't know the story behind it, they'll find it hard to understand," he said. "Take, for example, The Dragon and Tiger Fight. It's fish and chicken. But if you don't know that, you don't know what's in it. A picture will show you.... Even I, as a professional chef, it's taken me years to realize why some dishes have their names."

As his menu grew more elaborate, Dong found himself in a predicament: Customers were pinching them at a pace that made running his restaurants difficult. 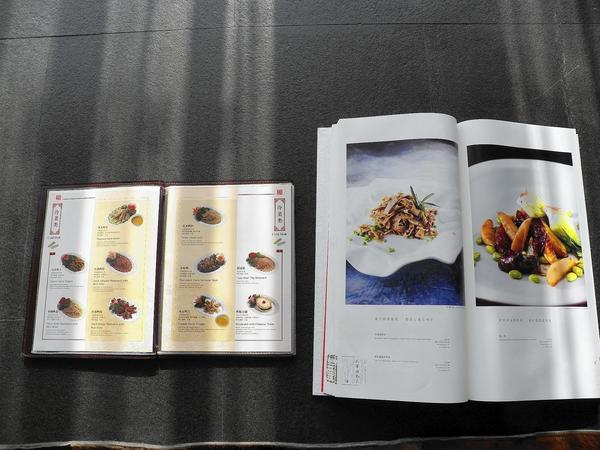 The menu at China's Da Dong restaurant chain has grown from its 1990s version to one that weighs 5 pounds, 4 ounces, and measures 20 inches tall, 15 inches wide and more than an inch thick. The 140-page tome lists about 200 dishes.

"Ordinary customers and competitors would steal them; they would put them in their bags or under their coats. Waitresses would ask if they had taken them, and they'd just say 'no,' and we couldn't just search them," Dong recalled. "We need about 200 menus for each restaurant, and we'd get down to 100 and there wouldn't be enough to allow people to order."

Some restaurateurs might have dealt with the situation by switching to simpler printouts. But Dong, whose voracious appetite extends from the culinary arts to calligraphy, photography and poetry, was inclined to go big.

Now, his mega-menus are made once a year at a top printing house in Shenzhen, and theft is way down, "though we did have one person come in with a suitcase and manage to get one that way," said Dong, who will occasionally sell last season's menus for $200 to those who really want to take one home.

"When I see a big menu like Da Dong's, the first thing I think is, I'm not going to order for half an hour!" said Schoenfeld, who over his career has opened more than 50 restaurants in the U.S., most of them Chinese. "I want to read the [thing] and see what the guy is doing and pick out what's interesting."

The success of Mr & Mrs Bund has inspired other Western-style restaurants in Shanghai to embrace the concept of family-style ordering, Pairet said, but he's not expecting the big-menu trend to catch on overseas.

Nicole Liu in The Times' Beijing bureau contributed to this report.

'Blackfish's' director, now its 'steward,' finds it hard to move on 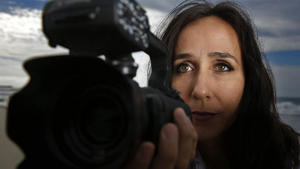 I feel a kind of responsibility to keep steering this in the right direction.” 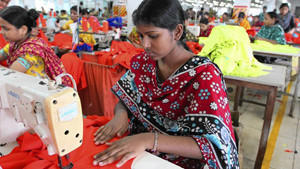 I like it here, I make my own decisions. I can earn money and help my family. ”

In Ukraine, the jobless replace the revolutionaries 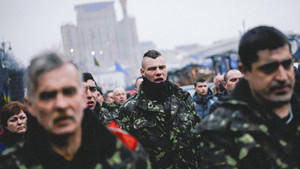