As Islamic State destroys antiquities, a rush to get 3-D images of what’s left

In recent months, the extremist group Islamic State has destroyed some of the most significant historical and archaeological sites in Iraq and Syria.

Some of the ravaged antiquities and cultural monuments date back thousands of years. They include UNESCO World Heritage Sites such as castles and temples.

The stakes were raised in May when Islamic State captured Syria's ancient city of Palmyra, known for its Roman colonnades and burial site and considered to be one of the world's most precious architectural treasures.

Last month, the militants used explosives to blow up Palmyra's Baalshamin Temple, believed to date to the 1st century. And on Monday, analysts with the United Nations' UNOSAT satellite program confirmed the main building of Palmyra's 2,000-year-old Temple of Bel had been demolished.

Experts in antiquities, archaeology and technology at the Institute for Digital Archaeology, a joint venture of Oxford and Harvard universities, feel they have to do something. So they have launched an ambitious endeavor to preserve cultural and archaeological heritage sites, objects and artifacts — at least digitally. 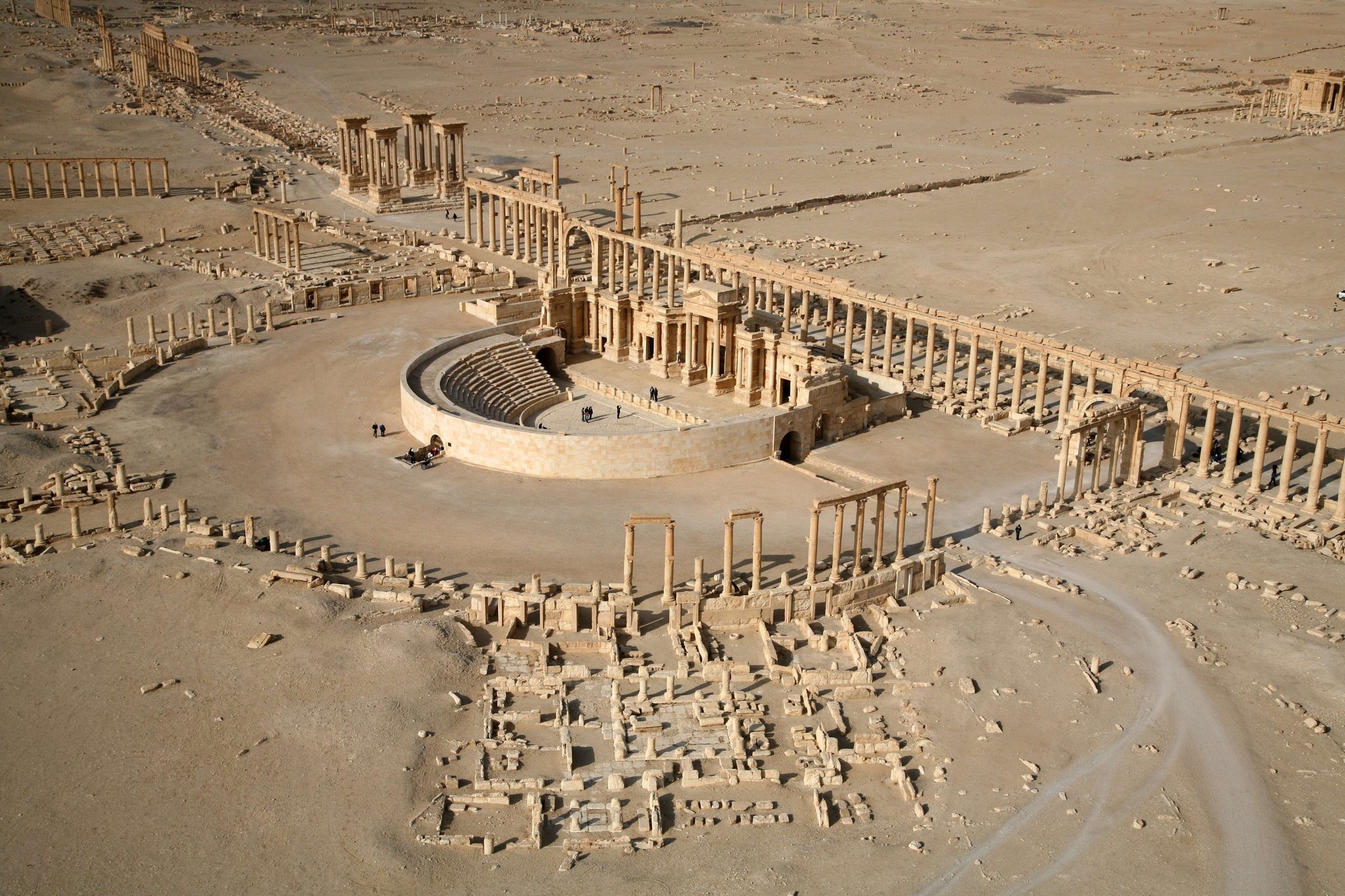 A view of Palmyra in 2009, before the ancient city was seized by Islamic State militants. (Christophe Charon / AFP/Getty Images)

The plan: A 3-D database of ancient treasures

The idea, according the institute's executive director, Roger Michel, is to compile an archive of millions of 3-D images of vulnerable heritage sites and other ancient treasures. As many as 5,000 high-tech, user-friendly cameras will be distributed to volunteers across Syria, Iraq, Lebanon, Turkey, Iran, Egypt, Afghanistan and Yemen by the end of the year, Michel said.

"The sites represent links between East and West," said Michel, who conceived the project. "ISIS understands this and that's why they want to blot it out. Without the visual cues, the sites can be forgotten."

Under the plan, each of the cameras, which have Wi-Fi connectivity and can automatically upload images to a database, will be used to take about 1,000 photos. Creating the final 3-D image will be done at the digital institute, Michel said. The goal is to eventually capture 5 million to 10 million images. The database will be housed on servers at the Institute for the Study of the Ancient World at New York University.

The researchers hope the archive will also serve as a database that art dealers and collectors can consult to avoid trafficking looted artifacts. The metadata for each image will contain the location of the antiquity and the date the photo was taken. 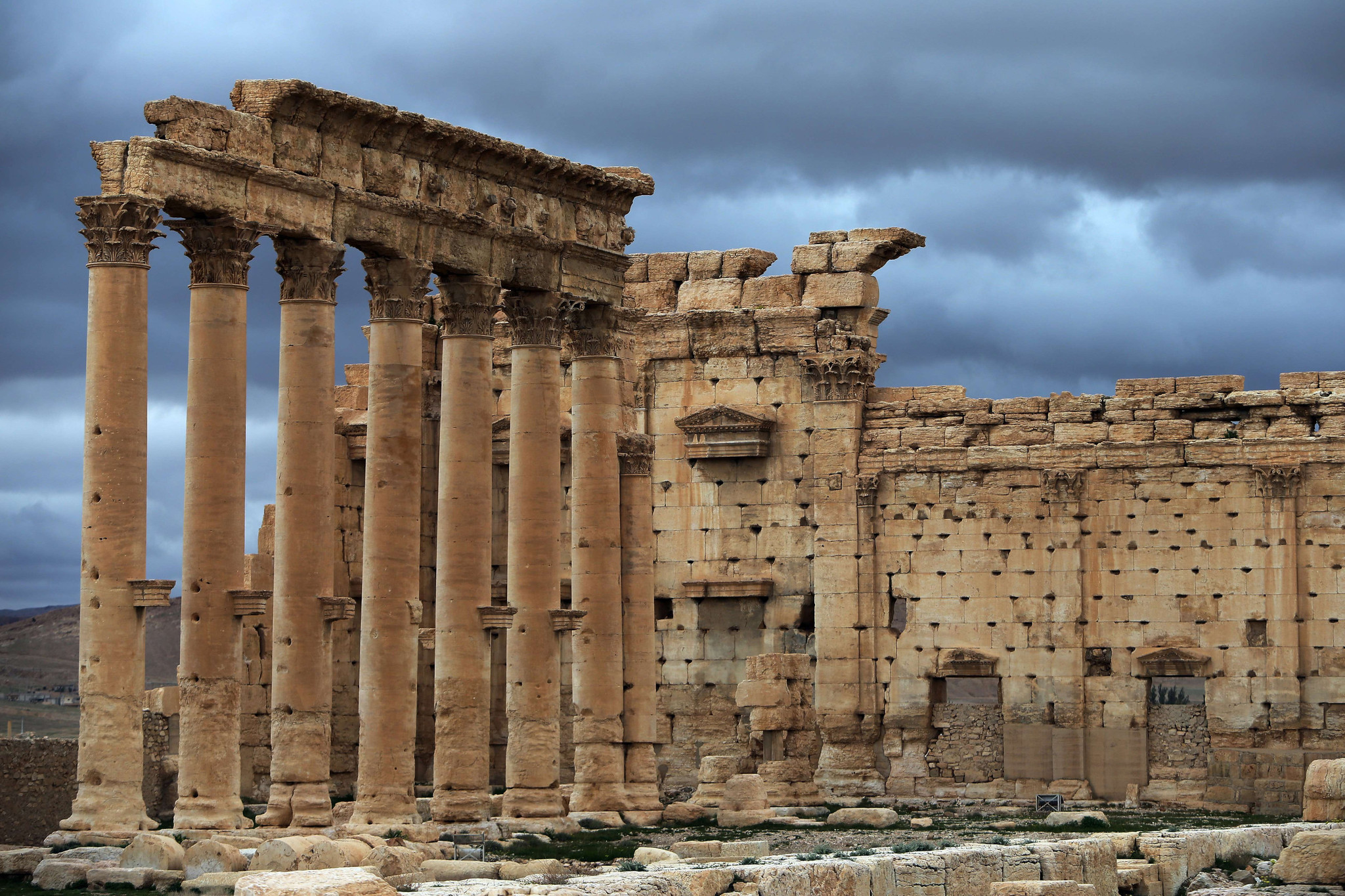 The courtyard of the Temple of Bel in Palmyra, photographed in 2014. Militants have since destroyed the temple's main building. (Joseph Eid / AFP/Getty Images)

Who will take the pictures?

To be successful, the project needs an army of volunteers who are willing to risk taking photos of antiquities that Islamic State and other radical groups condemn as representing idolatry.

Working to preserve such sites can be dangerous. Last month, Islamic State militants beheaded Syrian antiquities scholar Khaled Asaad, who for decades was the curator of the ancient ruins of Palmyra.

Michel said international organizations such as UNESCO have partnered with the Institute for Digital Archaeology to help distribute the cameras to volunteers with government and nongovernmental organizations, local museums and antiquities societies, as well as to archaeologists and people who want to help protect their cultural heritage.

"There is a risk," Michel said. "We're trying to use local partners to do the distribution work. They understand better than anyone where you can and cannot go safely. This is the biggest challenge."

Ben Altshuler, the Institute for Digital Archaeology's director of field operations, said that ensuring volunteers' safety was paramount and that the project would be targeting only sites not yet under the control of Islamic State. The exact locations to be photographed are not being publicized for security reasons.

Where possible, the cameras would be mailed to potential photographers. Many would be carried by hand into a country. Altshuler said that a couple of hundred cameras have already reached some locations and that he will head to the Middle East this month to deliver more.

"With every site there will be an individual story of how that camera got there," Michel said. "There will not be a cookie-cutter approach." 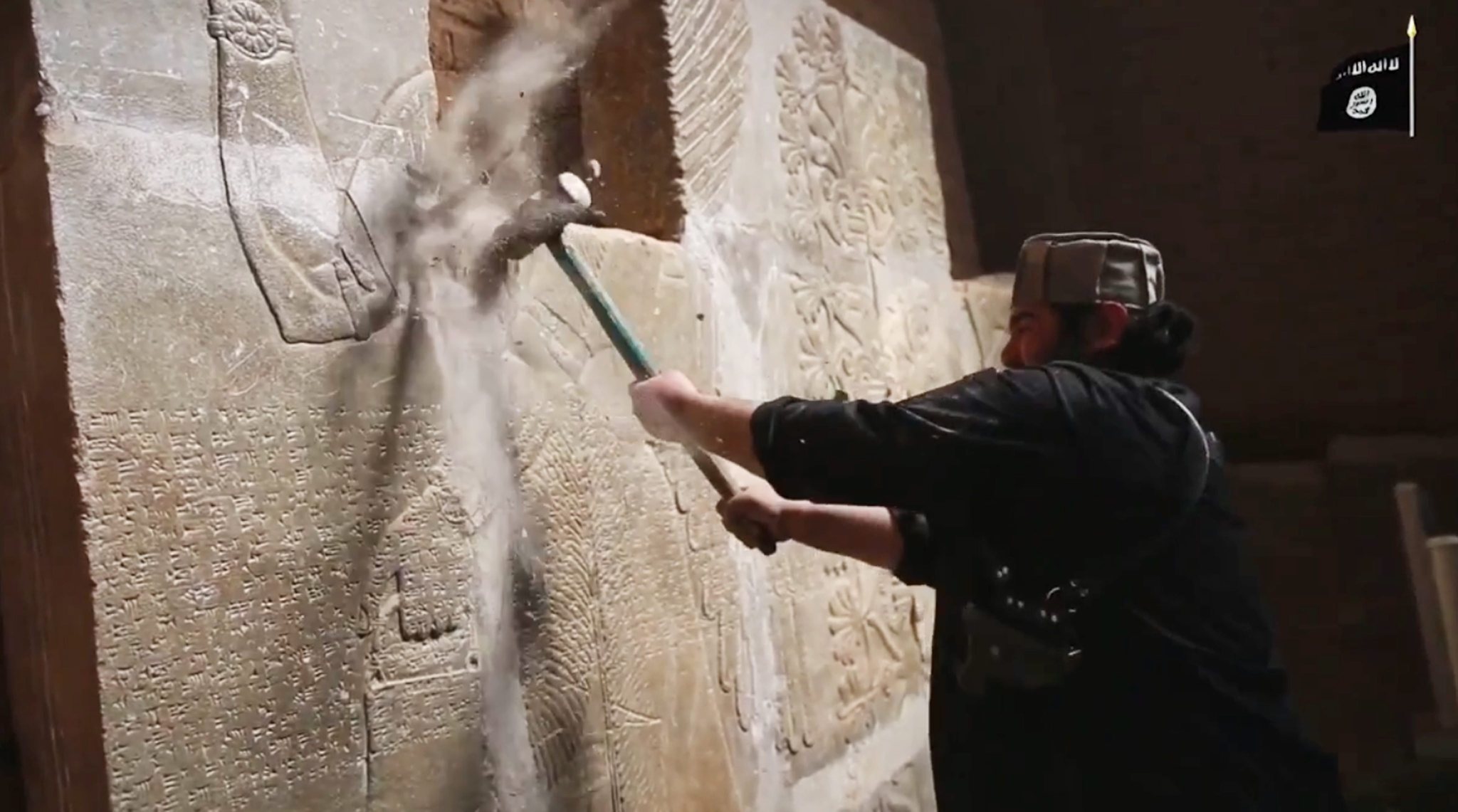 Militants have razed artifacts in the ancient city of Nimrud, Iraq, that date to the 13th century B.C. Above, an image from an Islamic State video released this year shows a man destroying parts of a frieze there. (European Pressphoto Agency)

Time is of the essence

The digital preservation project was conceived late last year and got off the ground about six weeks ago. Its price tag is about $2 million.

Support has been strong, the researchers said, and they expressed confidence that it could work.

"We've had so many people step forward and offer to help," Michel said, but he cautioned that time may be short. "We want to do something to document this legacy before it disappears."

Islamic State doesn't destroy all antiquities; it saves some to sell on the black market