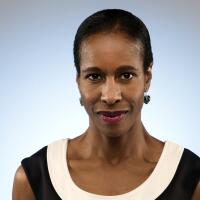 Ann M. Simmons is a former global development writer/editor for the Los Angeles Times; she left in 2018. Previously she served as a video and multimedia journalist, a metro reporter and national and foreign correspondent. She has been based in Russia, Kenya and South Africa and has reported from Iraq and several other countries across the globe. A Brit, Simmons holds a double honors bachelor’s degree in Russian and Norwegian from the University of East Anglia in Norwich, England, and a master’s degree from Columbia University’s Graduate School Journalism. She was a Nieman fellow at Harvard in 2003.