Who gave up what in the Iran nuclear deal

World leaders announced a landmark agreement Tuesday designed to curb Iran’s nuclear program and lift economic sanctions that have left the country isolated for years. U.S. officials say the deal would prevent Iran from developing a nuclear bomb for at least a decade.

President Obama said that the deal would stop the spread of nuclear weapons to Iran and that it is “not built on trust, it is built on verification.”

Iranian President Hassan Rouhani said in a televised address announcing the deal that “our prayers have come true.”

Here are the main points of the deal:

Iran will eliminate nearly all of its uranium stockpile

The country will be required to get rid of 98% of its enriched uranium stash, leaving a total of 300 kg. Iran plans to ship the rest out of the country, most likely to Russia. Iran won’t be able to stockpile more than 300 kg of enriched uranium in-country for at least 15 years.

Iran will decrease its capacity to enrich uranium

Iran will be allowed to continue enriching some uranium, a key concession by the U.S. But it will be required to reduce its inventory of centrifuges, which are used to perform enrichment, by two-thirds, from some 20,000 down to about 6,100.

Iran will be allowed to use only its oldest and least-efficient centrifuges for the next 10 years, the deal provides.

Iran also will be required to modify a heavy-water nuclear reactor at Arak so that it can’t produce weapons-grade plutonium. Iran won’t be allowed to build a heavy-water reactor for at least 15 years.

This concession is designed to help ensure that Iran isn’t setting up covert uranium enrichment sites. Under the agreement, U.N. inspectors with the International Atomic Energy Agency will be granted access to sites known or believed to be enriching uranium, including those on military bases, which Iranian officials previously had insisted were off-limits. 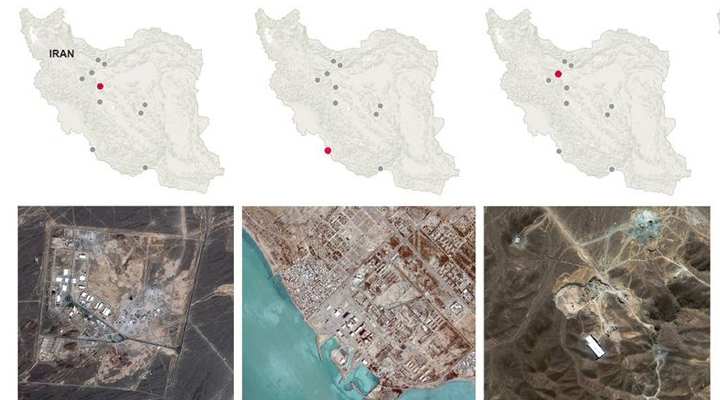 GRAPHIC: Iran nuclear deal: what sites will be affected?

Sites can be deemed suspicious based on holes in the ground that could indicate uranium mines, unexplained purchases or isotope alarms.

If Iran objects to a particular inspection, it can ask a newly formed joint commission to decide whether to grant access. The commission, composed of the six countries who have been negotiating the agreement, plus Iran and the European Union, must make the call within 24 days, not enough time for Iran to hide evidence if it had opened a covert enrichment site, officials say.

Disputes over access will be settled by a majority vote, meaning that if the U.S. and European representatives agree on the need for an inspection, Russia and China will not be able to block it.

Officials will need to give the International Atomic Energy Agency information about Iran's previous nuclear activities, but diplomats acknowledge it won’t be forced to fully come clean about possible violations in the past.

Iran will have to meet the requirements to reduce its uranium stockpile, mothball centrifuges, dismantle the Arak reactor and give the IAEA information about its past activities before sanctions are lifted.

Once the IAEA verifies that Iran has met those obligations, the U.S., U.N. and EU will lift sanctions.

At that time, Iran will be able to sell oil again, rejoin the international financial system and reclaim overseas assets worth an estimated $100 billion to $150 billion that currently are frozen in international accounts.

U.S. officials have said Iran will need about six months to comply, although Iranian officials say they hope to move more quickly. President Obama has the authority to waive most current U.S. economic sanctions without congressional approval, but the restrictions would remain on the books unless Congress votes to remove them.

Under the agreement, the U.N. Security Council will vote to suspend sanctions against Iran.

If the U.S. or any permanent member of the council believes Iran has lied about its nuclear program, it will be able to demand a vote to end the suspension of sanctions. That vote will be subject to veto in the Security Council.

Under the terms of the deal, the U.N. will lift the embargo on conventional arms sales in five years and the ballistic missile embargo in eight.

These could both be lifted sooner if the IAEA finds that Iran’s nuclear program is entirely peaceful and in compliance with international rules, which could take some time.

Paul Richter covered the State Department and foreign policy for the Los Angeles Times out of its Washington, D.C., bureau. He previously covered the Pentagon, the White House and, from New York City, the financial industry. He was raised in Minneapolis and Washington, D.C., and graduated from Clark University. He left The Times in 2015.