People a threat to rare mountain gorillas; how to save the apes?

Around Uganda’s Bwindi park, home to rare mountain gorillas, the human population is booming, spreading disease to the gorillas and putting pressure on habitat. 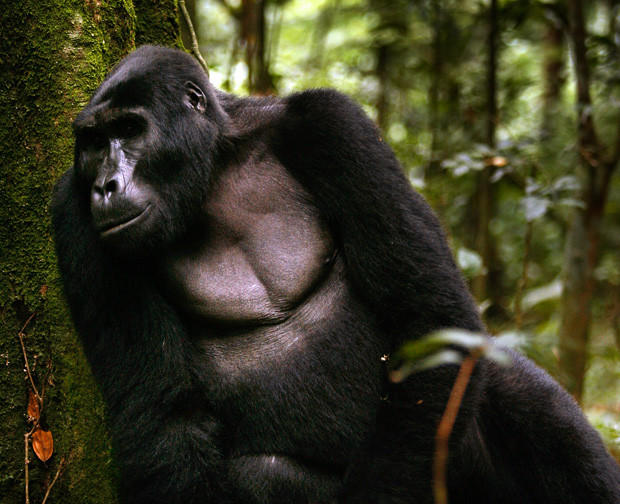 BUHOMA, Uganda — As a wildlife veterinarian for the Ugandan government, Gladys Kalema-Zikusoka had dedicated her life to saving the mountain gorilla.

She came to realize that if these rare great apes were to survive, she would need to focus on a much more plentiful species: humans. 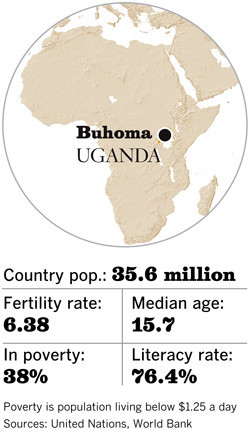 More than a third of the world’s remaining 786 mountain gorillas live in Bwindi Impenetrable National Park, on steep hillsides in the cool cloud forests of southwestern Uganda. The gorillas in the mist, made popular by the late American zoologist Dian Fossey, generate millions of tourist dollars for the poor East African nation.

Visitors from all over the world pay $500 to tramp through the jungle for miles to watch shy mother gorillas cradle their young, juveniles somersault through the leafy understory and chest-beating males strut about on their knuckles.

Years ago, Kalema-Zikusoka noticed something strange: The great apes were coming down with human illnesses.

At least three died of measles. Dozens had to be immunized against the disease, which was racing through nearby villages.

Then some contracted scabies, a skin mite disease common among the poor farmers who live along the park’s boundary. The gorillas probably picked it up from discarded clothes, victims of their own curiosity. The sickest ones lost much of the shaggy black hair that keeps them warm. One badly infested baby whimpered helplessly until he died of pneumonia.

Watching the mother drag around her dying baby, Kalema-Zikusoka felt powerless. So she quit her government job to co-found a nonprofit group, Conservation Through Public Health. Its mission: to reduce transmission of diseases between humans and gorillas, in part by improving healthcare for people living near the park.

She also became a passionate advocate for family planning.

“It’s not enough just to set aside land to protect the wildlife,” Kalema-Zikusoka said. “If we can reduce population pressure and population growth, the gorillas will have a brighter future.”

It turns out that parks and wildlife reserves are magnets for people, attracted by park or tourism jobs and improved roads, schools and clinics. Populations around park borders are growing nearly twice as fast as other rural areas in dozens of African and Latin American countries, UC Berkeley researchers found.

Such growth brings exactly what conservationists had hoped to prevent: more wildlife poaching and deforestation.

“You have to be well-fed and secure to be a conservationist,” said Richard Leakey, a Kenyan anthropologist.

Uganda’s population of 36 million, one of the world’s fastest-growing, is expected to triple by midcentury. The country’s southwestern corner is among the most densely populated rural areas in Africa.

Women living near the Bwindi park have an average of 10 children each, Kalema-Zikusoka said. Villages filled with shoeless children have popped up on the misty hillsides. A quilt of subsistence farms lines the edge of the forest.

The boundary between the cultivated and the wild is traversed daily by both gorillas and humans.

Man and nature are in constant contact — and conflict.

“This whole place was banana trees, and the gorillas destroyed them all,” complained Christopher Sunday, standing guard in tall rubber boots over the crops that feed his 12 children. Just then, a pair of women emerged from the forest, balancing on their heads large loads of scavenged firewood.

Kalema-Zikusoka has helped open family planning clinics in homes around the park. In one of the mud-brick dwellings, Monica Tusisimukye slid a needle into a neighbor’s shoulder, injecting the contraceptive Depo-Provera deep into the muscle.

The woman didn’t flinch. She already had six children. She said she wanted to stop because she didn’t have the strength to dig a bigger garden out of the jungle.

Women who visited the clinic that day said they hadn’t realized they could easily control whether they got pregnant until Tusisimukye returned from a workshop with vials of Depo-Provera, which prevents ovulation. Word spread to other villages, where women want clinics of their own.

“Family planning is a very good way of reducing poverty,” Kalema-Zikusoka said. “When you reduce poverty, you reduce pressure on the forests.”