Best books of 2017: The best nonfiction

This list of holiday books recommendations includes, for the first time, the year’s best books. Join us in celebrating the best nonfiction of 2017, in alphabetical order by author, below.

Coach Wooden and Me: Our 50 Year Relationship on and off the Court

More than just a memoir about college basketball — although it is that, from one of the greatest players of all time — Abdul-Jabbar recounts his lifelong friendship with UCLA coach John Wooden, and the ways he learned only later that Wooden guided and tried to protect him as he broke through racial barriers. (Grand Central) 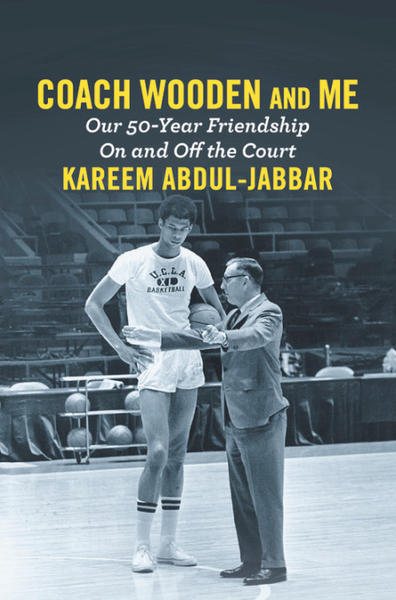 You Don’t Have to Say You Love Me: A Memoir

Growing up on the Spokane Indian Reservation, Alexie had a troubled relationship with his difficult mother; after she died, the National Book Award winner was compelled to write about it. In this alternately funny and painful book, Alexie grapples with their relationship and shares his deepening understand of her. (Little, Brown & Co.) 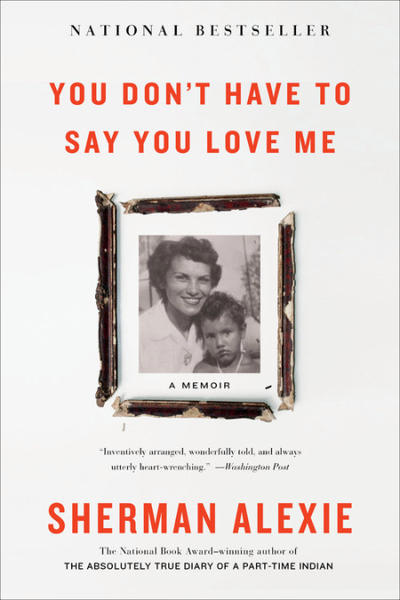 Wrestling with His Angel: The Political Life of Lincoln, Vol. II

In the second volume of his biography of Abraham Lincoln, Blumenthal convincingly shows that Lincoln’s period in Illinois from 1849-56 was not resting and taking stock, but critically engaging with Stephen A. Douglas, marshaling his intellectual forces and actively building the fortitude that would enable him to soon lead the nation. (Simon & Schuster) An unprecedented immediate look back at a failed presidential effort by its candidate. In this personal if still often guarded memoir, Clinton tells her story of campaigning against Donald Trump, and the twists and turns that led to her loss. (Simon & Schuster) 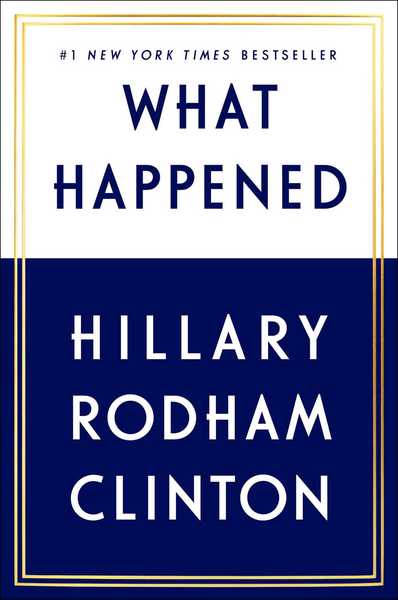 We Were Eight Years in Power: An American Tragedy

One of our premier public intellectuals, Coates puts black life at the center of our understanding of the American experience with lyrical critique and political storytelling. In this book, he gathers nine of his essays published in the Atlantic, including “The Case for Reparations,” and writes new introductions for each. (One World) World Without Mind: The Existential Threat of Big Tech

An anti-Silicon Valley manifesto from the former editor of the New Republic which contends that Facebook, Google and Amazon have made us hopelessly dependent consumers who are robbed of choice, milked for profit and easily manipulated. (Penguin Press) 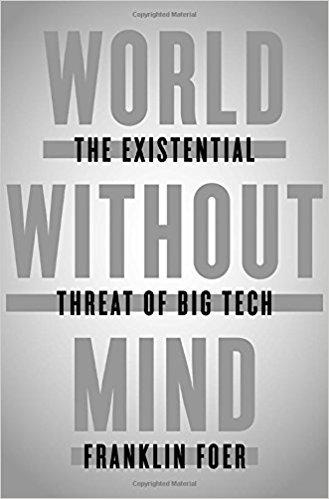 The Great Quake: How the Biggest Earthquake in North America Changed Our Understanding of the Planet

A beautiful, powerful recounting of the 9.2 earthquake that hit Alaska in 1964: It was the largest ever in North America, lasting five full minutes and causing a tsunami. Fountain describes how it affected individuals and communities directly while braiding in what it taught scientists to ask about the Earth. (Crown) 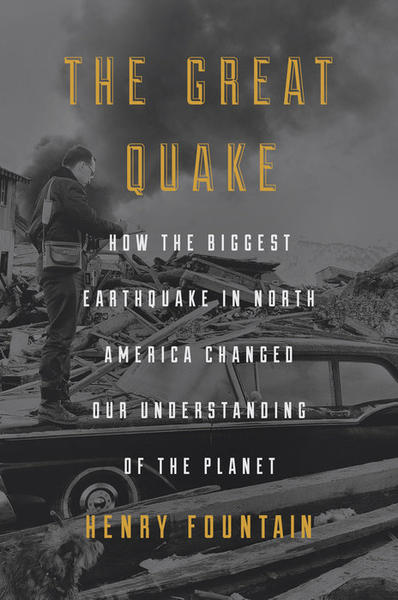 High Noon: The Hollywood Blacklist and the Making of an American Classic

A behind-the-scenes look at how the shifting politics of Hollywood in the 1940s and ’50s caught up Carl Foreman, the screenwriter of “High Noon,” and how that classic American western — which continues to resonate — was informed by, and speaking to, the blacklist. (Bloomsbury) 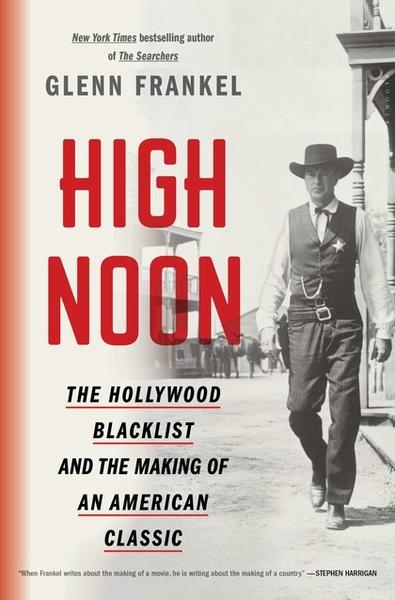 Shirley Jackson: A Rather Haunted Life

Writer Shirley Jackson will be best remembered for her horror story “The Lottery,” but there was a lot more to her, as Franklin shows in this lively biography. Jackson wrote surreal, delightfully nightmarish tales including “The Haunting of Hill House” and “We Have Always Lived in the Castle” while being constrained by, but rarely fulfilling, the midcentury American expectations of being a housewife. (Liveright) 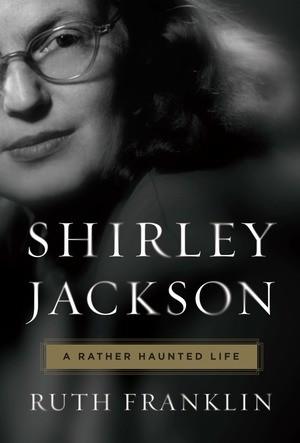 Hunger: A Memoir of (My) Body

In this moving memoir, Gay explores her personal relationships, her relationship with food and how it changed after a sexual assault that she kept secret. There’s more: This author of the bestselling essay collection “Bad Feminist” also discusses the politics of weight today and harshly critiques the thinness industry. (Harper) 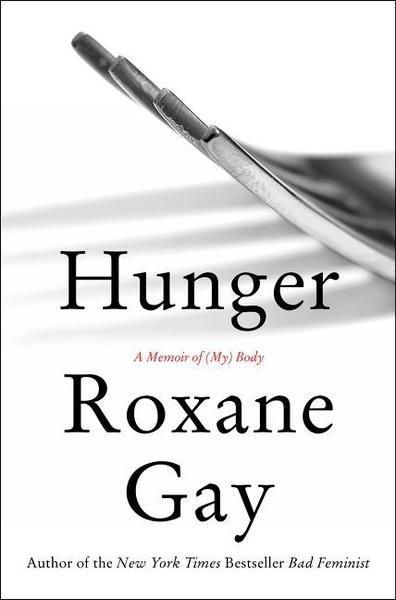 The Future Is History: How Totalitarianism Reclaimed Russia

The winner of the 2017 National Book Award for nonfiction, Gessen’s book tracks the lives of four Russians coming of age in a new Russia and three of an older generation from sudden liberalization through the rise of Putin. Gessen, a Russian American who now lives in the U.S., is a critic of Putin and keenly tuned to the toxic legacy of the Soviet Union. (Riverhead) Killers of the Flower Moon: The Osage Murders and the Birth of the FBI

Between 1920 and 1924, more than two dozen killings took place in Oklahoma of members of the Osage tribe — at the time, enriched by oil — and those who tried to investigate the deaths. Grann, a consummate storyteller, unearths this history and describes how local corruption led to the development of a national investigative force. (Doubleday) The esteemed art critic’s portrait of Calder, for which he was given unprecedented access to his archives, is a rich exploration of his life, loves and myriad influences as well as a delightful dive into the birth of modernism. (Knopf) 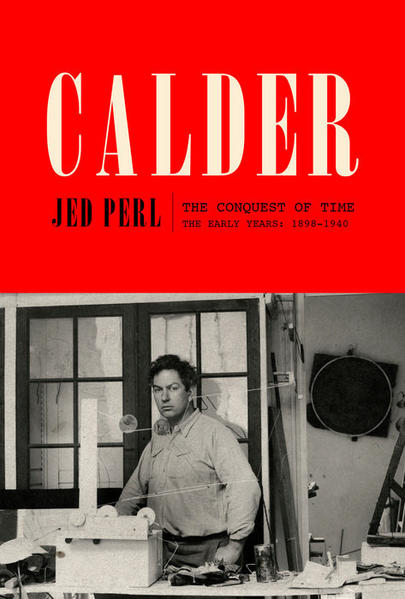 A masterful, intelligent and elegantly written biography of the satirist, bringing together his many sides — bright wit, gloomy clergyman, petulant genius — and putting them in clear, if complex, historical context of England and Ireland in the 17th and 18th centuries. (W.W. Norton) 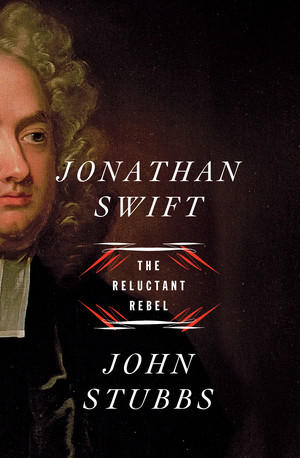 The Blood of Emmett Till

Duke professor Tyson describes the 1955 death of 14-year-old Emmett Till at the hands of white Southerners, the bias involved in their trial and how these events set the modern civil rights movement into motion. He also reveals that the woman who recounted on the stand that Till had assaulted her made up that testimony: “that part’s not true.” (Simon & Schuster) From P.T. Barnum’s first humbug sideshows, the history of the hoax has been connected to race in Western culture, Young shows. Full of fascinating anecdotes and academic argument, this book is an incisive, exciting tour that brings us all the way up to contemporary hoaxsters such as Rachel Dolezal. (Graywolf) Zapruder doesn’t think poetry should be dissected in a search for its meaning. Instead, he contends in this accessible defense and salutation of poetry, an understanding of a poem comes to life anew “in the mind of each half-dreaming reader.” (Ecco) 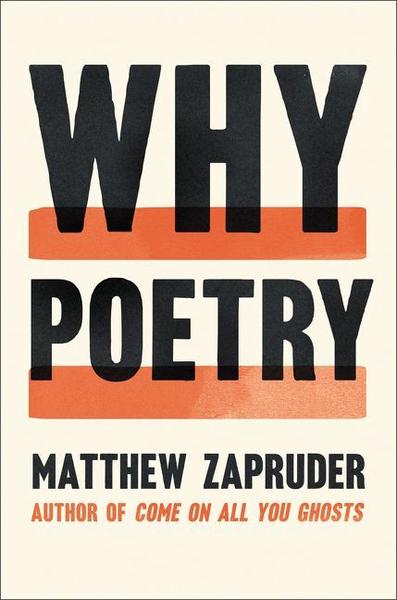