This year, for the first time, our holiday books recommendations include the year’s best books. Selected from the books our reviewers loved, we celebrate the best fiction of 2017, in alphabetical order by author, below.

Alderman’s inventive, globe-spanning thriller imagines a world in which girls and women have discovered they have the ability to maim and kill men thanks to a mysterious new electrical power. The uncompromisingly feminist novel has drawn comparisons to Margaret Atwood, Alderman’s mentor. (Little, Brown & Co.) 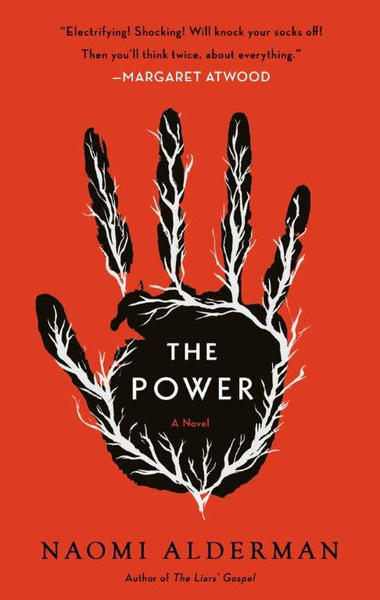 The latest from the “Await Your Reply” author is a masterful suspense novel about Dustin, a Cleveland psychologist whose brother has been released from jail for a mass murder he didn’t commit. Dustin also joins with a patient to investigate the mysterious drowning deaths of several intoxicated college students. (Ballantine) 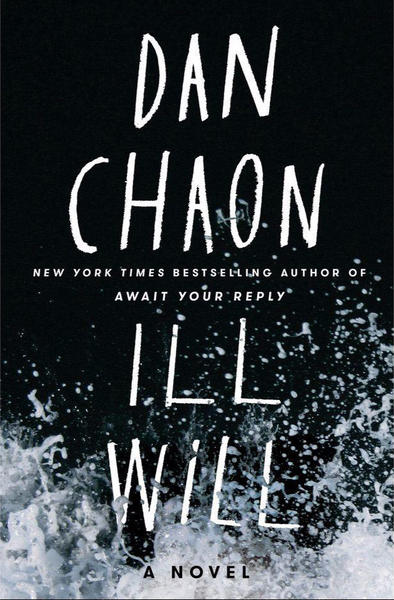 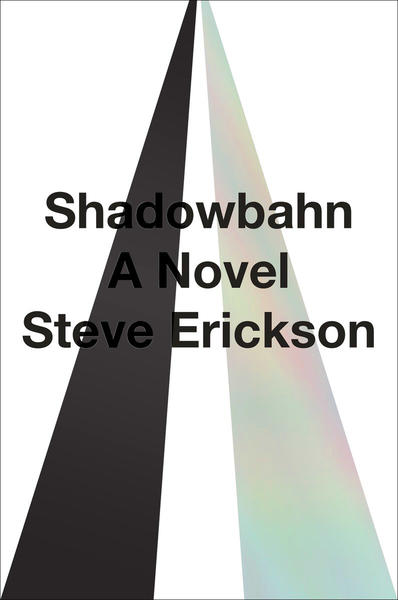 Prolific author and USC professor Everett’s latest novel is one of his best. Artist Kevin Pace is at work on a painting he refuses to show his friends and family; while he paints, he reflects on two events from his past: a brief affair with a young French woman, and a trip to El Salvador with a friend that went horribly wrong. (Graywolf) 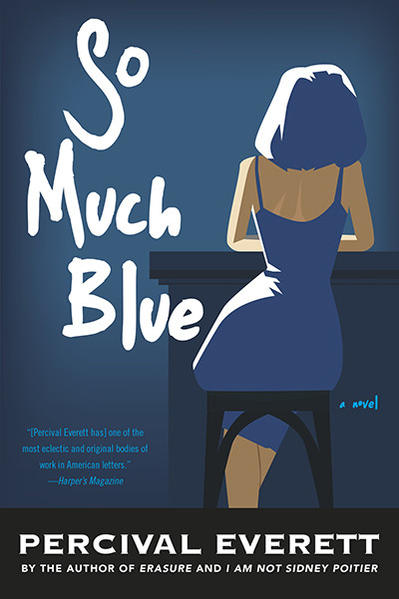 Two young residents of a war-torn country manage to leave their homeland behind by way of a magical door that takes them to another part of the world. The dazzling and timely fourth novel from Pakistani author Hamid was a finalist for the Man Booker Prize. (Riverhead) 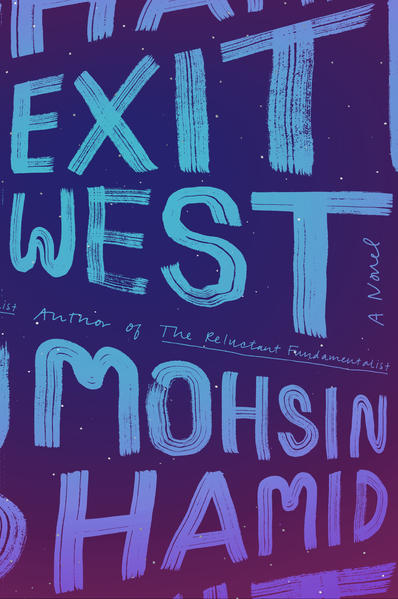 A Legacy of Spies

At 86, legendary British spy novelist Le Carré shows no signs of slowing down. “A Legacy of Spies” is a captivating thriller, and his first in more than 25 years to feature his famous character George Smiley, whose colleagues find themselves under scrutiny for their actions during the Cold War. (Viking) 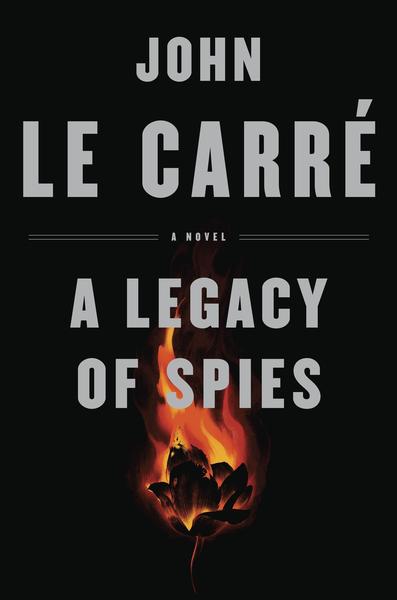 Crowley is one of the country’s most respected fantasy authors; his 1981 novel “Little, Big” is considered a classic of the genre. His latest is a fascinating epic about a 2,000-year-old crow whose travels around the world have revealed to him secrets of the universe. (Saga Press) 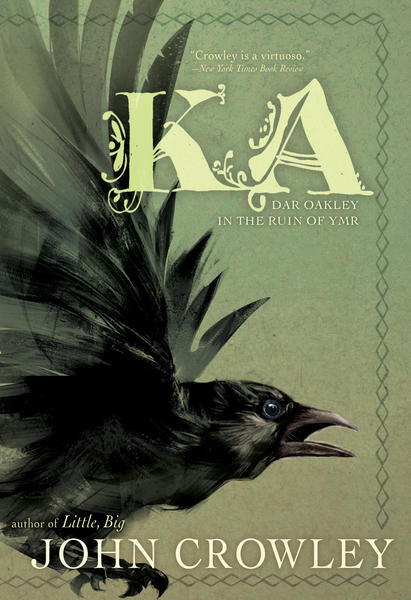 Dinner at the Center of the Earth

The fourth book from Pulitzer Prize finalist Englander is a heart-wrenching political fable that takes on the decades-long conflict between Israel and Palestine. At its center is Prisoner Z, a young American Jew held in a secret jail with an Israeli guard as his only link to the outside world. (Knopf) 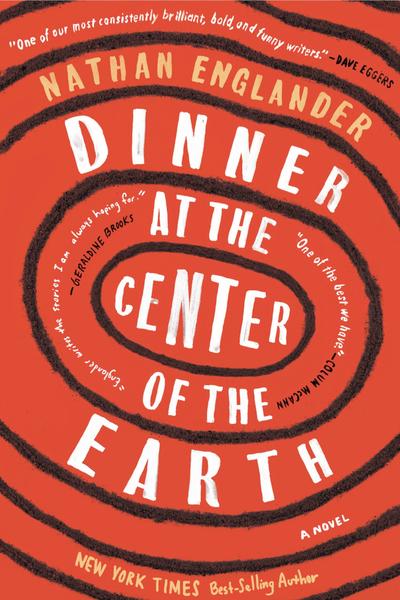 Ko’s powerful debut novel was a National Book Award finalist. A piercing tale of immigration, “The Leavers” tells the story of a young boy seemingly abandoned by his Chinese immigrant mother who is raised by two white professors in upstate New York. (Algonquin) 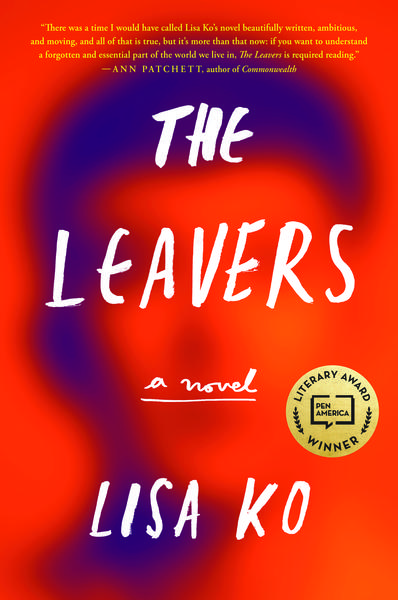 Her Body and Other Parties

The debut short-story collection from Machado is frank, often brutal and proudly feminist. The fiercely original and beautiful stories in this volume, a National Book Award finalist, blur genres and deal with horror, sex, disease and even “Law and Order: Special Victims Unit.” (Graywolf) 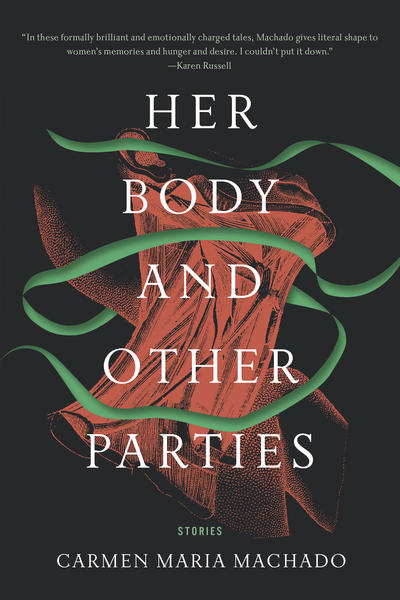 Messud (“The Emperor’s Children”) turns the coming-of-age novel on its head with “The Burning Girl.” This beautifully written book follows two girls in small-town Massachusetts, longtime friends until they reach adolescence and realize they’re much more different than they ever could have realized. (W.W. Norton) 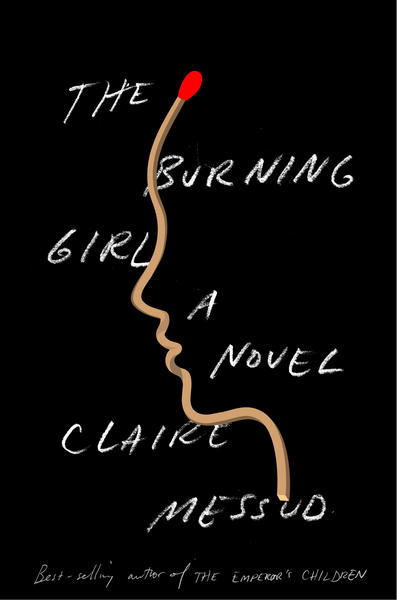 A Book of American Martyrs

The latest novel from the famously prolific author is one of her most shocking, and also one of her best. Oates investigates the aftermath of the assassination of a doctor who performs abortions at the hands of a die-hard evangelical Christian in a small Ohio town. (Ecco) 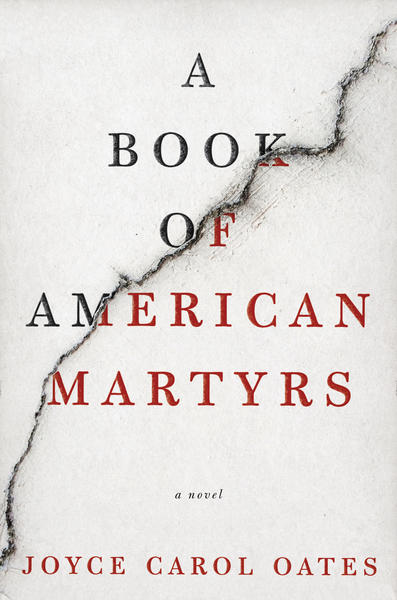 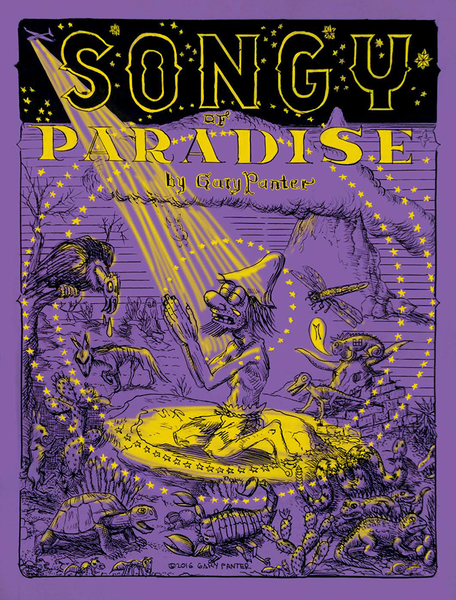 The funny and touching seventh novel from Perrotta, author of “Election” and “Little Children,” follows Eve, a middle-aged divorcée, and her well-meaning but feckless college-student son, as they both try to find something like love in a new world marked by computers, changing social mores and ever-present pornography. (Scribner) 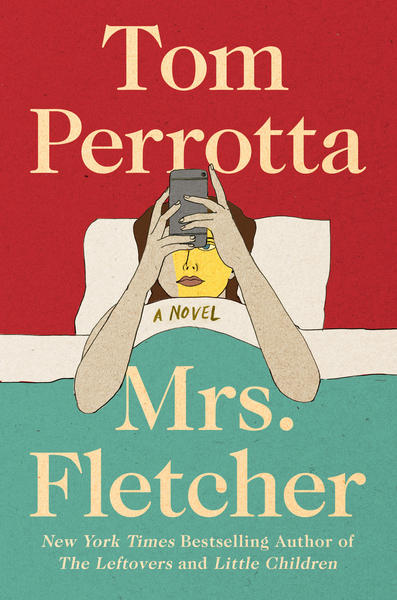 L.A. author Pochoda’s third novel is a stunner. The thriller opens with a naked young man running on foot on the 101, and things get stranger and darker as the novel progresses, with a pair of hardened criminals, a quasi-cult leader, a disgraced USC student and a young man just released from prison all crossing paths. (Ecco) 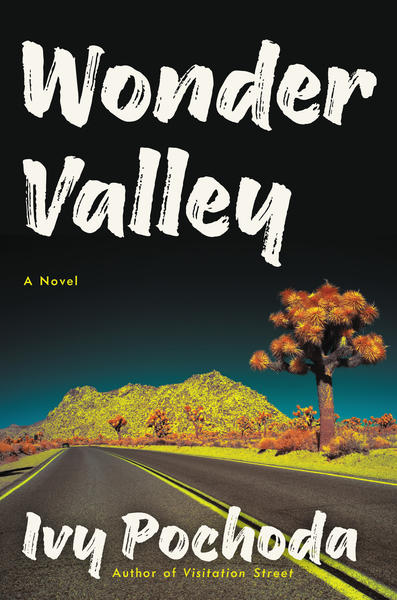 Lincoln in the Bardo

The brilliant short-story writer’s first novel doesn’t disappoint: It is strange, moving and often funny. “Lincoln in the Bardo,” which won this year’s Man Booker Prize, imagines Abraham Lincoln visiting the grave of his son Willie, who inhabits a ghost-filled, purgatory-like dimension after his death at the age of 11. (Random House) 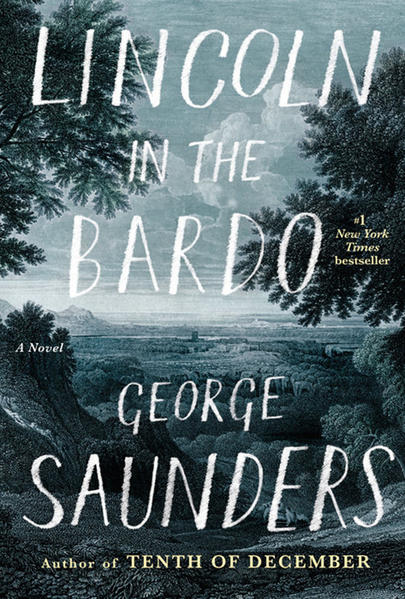 A beautiful contemporary retelling of “Antigone,” Shamsie’s novel follows three Pakistani siblings living in London, whose lives are all affected when brother Parvaiz suddenly decides to join an ISIS-like terrorist group. Shamsie’s writing is measured and beautiful, and the novel ends with a shock that readers won’t likely be able to forget. (Riverhead) 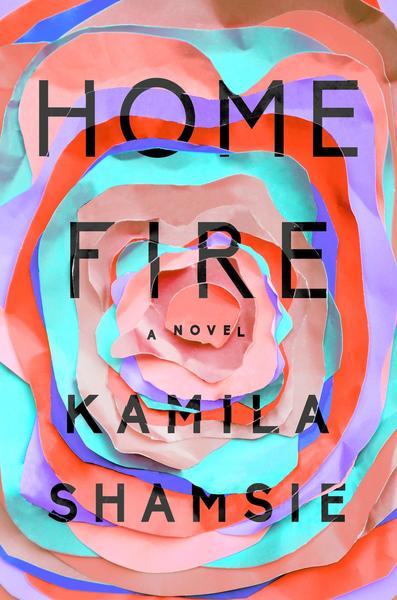 The new novel from VanderMeer, author of the well-received “Southern Reach” trilogy, is a powerful post-apocalyptic thriller about a young woman living in the ruins of a city that once was home to a biotech firm, who finds and befriends a mysterious squid-like creature in the fur of a giant bear. (MCD/FSG) 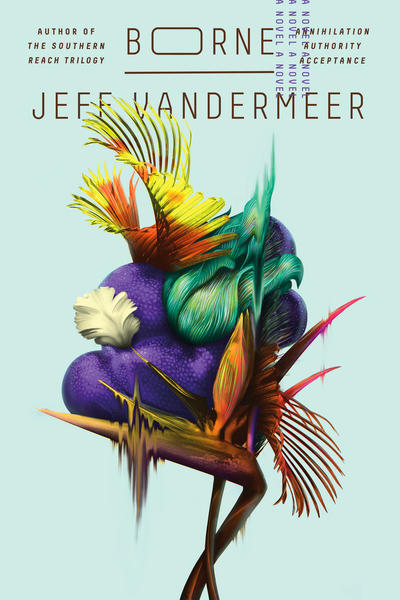 Ward’s third novel is her second to win the National Book Award for Fiction. The book focuses on JoJo, a biracial teenage boy in Mississippi whose mother is erratic and conflicted, and whose father is about to be released from prison. It’s an essential novel from one of America’s greatest authors. (Scribner) 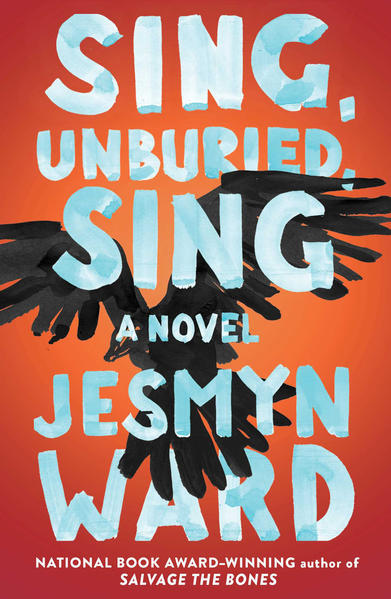