From rock headliners to music moguls to fallen pop idols, it’s been a chart-topping week for celebrity real estate. So take a seat as we riff through the latest news, stars on the move and homes that hit the right note with our readers.

Besides his music legacy, Prince left behind a sizable real estate portfolio. The pop icon, who died last week at 57, owned a dozen or so properties in the greater Minneapolis area.

Prior to his passing, Prince had put an investment property in Chanhassen, Minn., up for sale at $335,000. The updated ranch-style home featured an open-floor plan, two fireplaces and — of course — a purple-painted rec room. 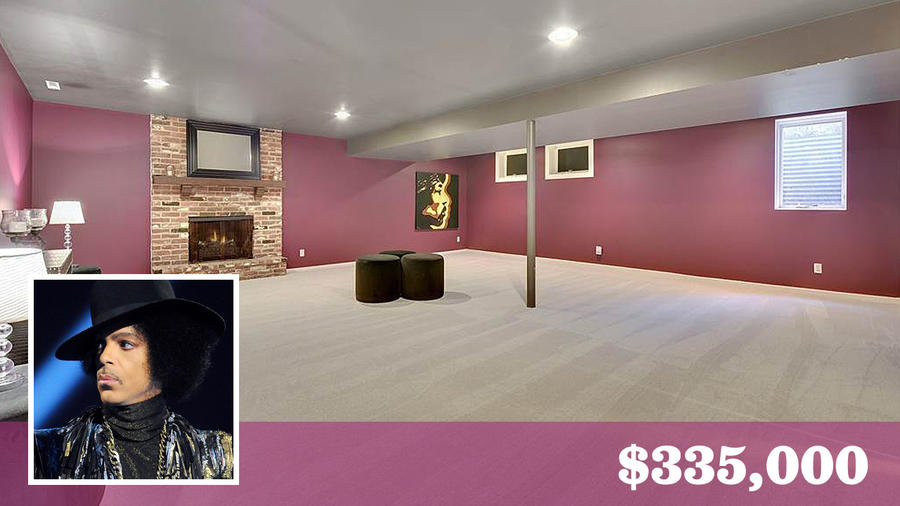 A home of late singer-songwriter Prince is on the market in Chanhassen, Minn. (Realtor.com | Inset: Getty Images)

Looking for a truly rockin’ pad? Look no further.

Mötley Crüe drummer Tommy Lee has put his home in a gated community up for sale at $5.995 million, and it certainly lives up to his rock star reputation. The nearly 10,000-square-foot home is amped up with such details as an indoor atrium with a retractable roof, multiple wet bars and a piano-shaped swimming pool.

There's also a massive subterranean garage perfect for jam sessions with a full recording studio and a pair of sound rooms. 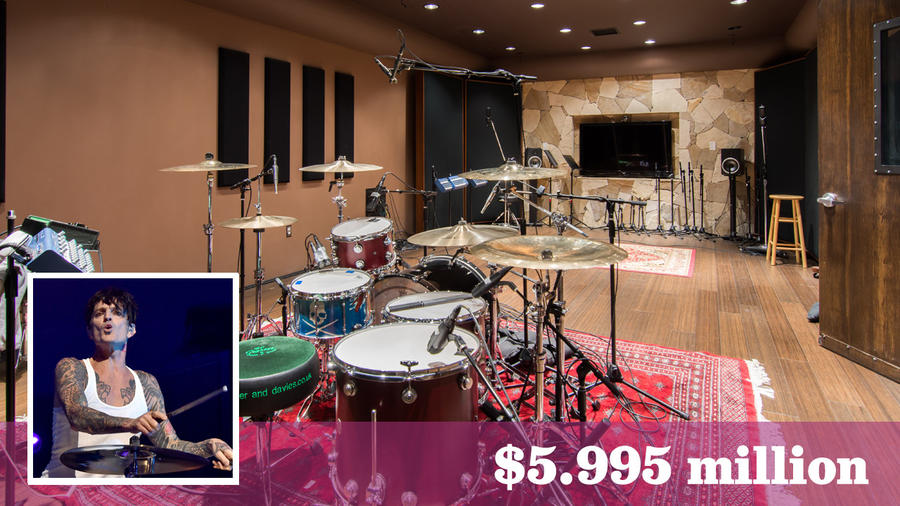 Spun up in Topanga

Incubus DJ Chris Kilmore has put his Topanga home, which features a room just for his vinyl, on the market for $1.599 million.

Owned by the musician for more than a decade, the gated Mediterranean has been tuned up with Spanish tile, hardwood floors and a great room with a decorative fireplace. A stacked-stone waterfall, a spa and a putting green keep things relaxed outdoors. 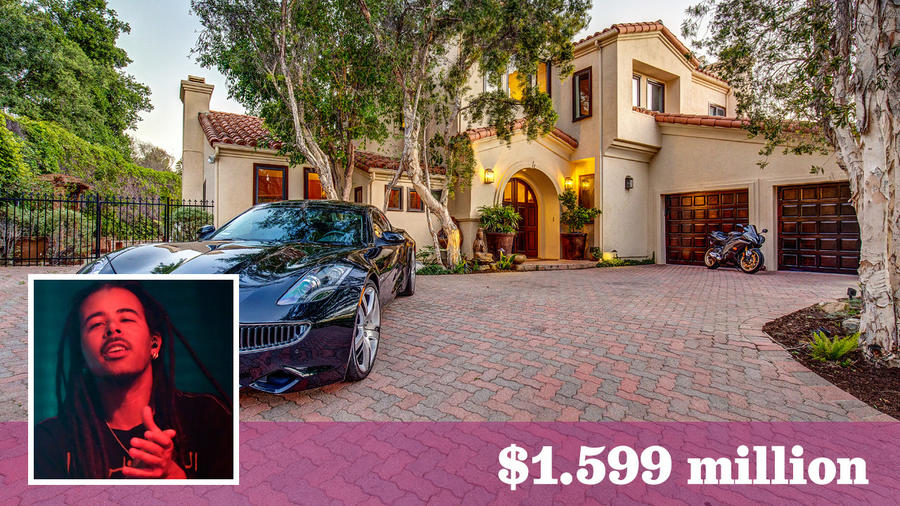 Chris Kilmore of Incubus put his home in Topanga up for sale at $1.599 million. (Brian Reitz | Getty Images)

Grammy-winning music exec Matt Serletic, who produced hit records for such acts as Matchbox Twenty and Collective Soul, may find his latest hit in Calabasas. Serletic this week put his massive Italianate-style mansion in a gated community on the market at $6.995 million.

Among its standout features, we can’t help but note the scenery. The 8,218-square-foot home crowns a 10-plus-acre hilltop, allowing for spectacular 360-degree views. 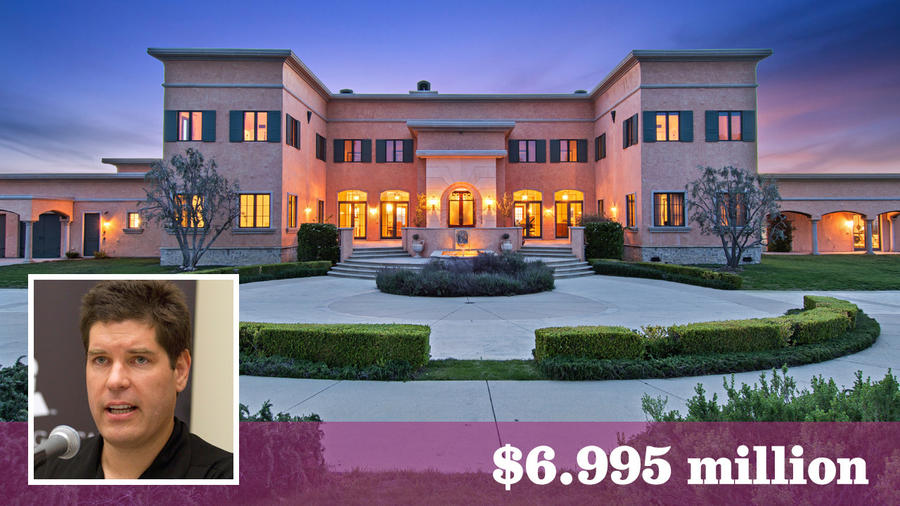 Actor Don Cheadle and his wife, actress-designer Bridgid Coulter, are ready to pull up anchor in Venice. The couple this week put their reimagined home in the Oxford Triangle area up for sale at $2.45 million.

Redone by Coulter, the two-story home has a nautical vibe with rust-colored panels, smokestack-style lights and cool beach hues. A rooftop deck and outdoor living room complete the coastal vibe. 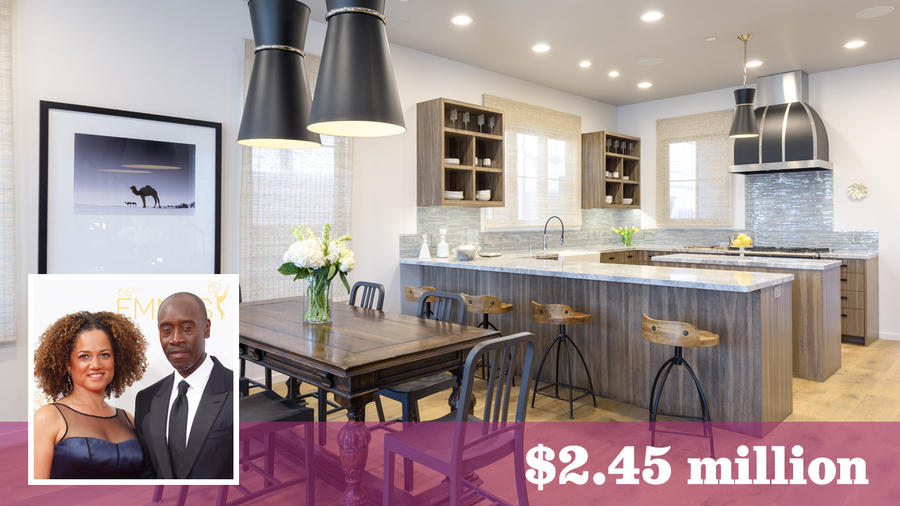 The 3.5-acre estate runs the gamut in ... well ... everything with a 9,000-square-foot main house, a 2,200-square-foot guesthouse, a 1,000-square-foot gym, a tennis/sports court and a 10-car air-conditioned garage. A contemporary subterranean wine cellar offers a final luxury toast with storage for up to 2,000 bottles.

Garber previously had the tricked-out estate up for sale at $16.9 million, but plans to sell it to the highest bidder at auction on May 25. Start your engines. 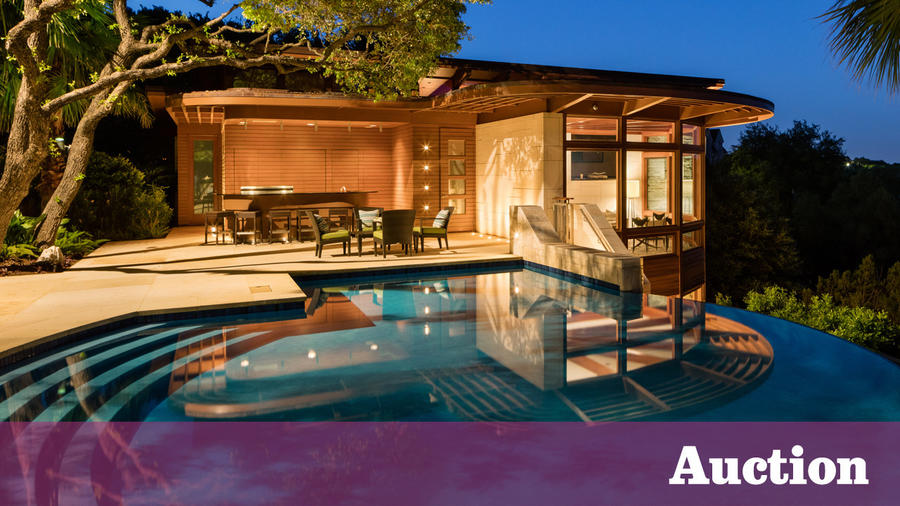 The Texas home of tech entrepreneur Ross Garber will go up for auction without a reserve on May 25. (Concierge Auctions)

Actress Carol Burnett of “The Carol Burnett Show” fame made a headlining appearance in Hot Property 20 years ago this week when she listed her home in Century City at $2.6 million. More recently it’s been Burnett’s costume designer, Bob Mackie, who has taken a star turn around these parts. Last month he sold his stylish Midcentury home in Hollywood Hills West for $2.137 million. 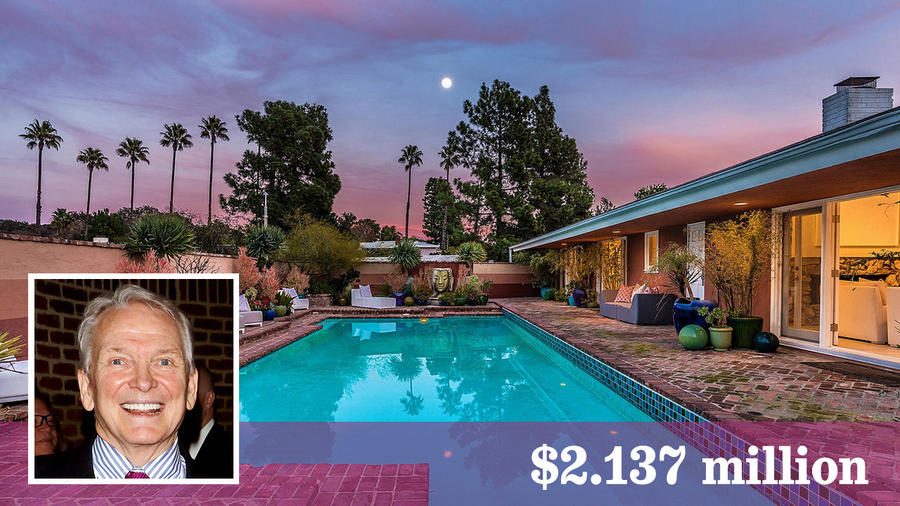 — There are at least a few people who aren’t fans of the new “Fuller House” reboot: neighbors of the Victorian-style home fictionalized in the original series “Full House.” Over the years, fans of the series have continued to make pilgrimages to the home’s location in San Francisco, much to the annoyance of nearby residents, according to the Wall Street Journal.

— Median home prices in California continue to top the charts, and the Estately Blog has determined the perfect equivalent to match the value of said price. For the same amount as the median home value in the state — $371,400 — Californians could afford to book their own private Nickelback concert.