You can buy one version of the Apple Watch for $17,000, for which pre-sales start April 10. Plus, HBO Now is already exclusively committed to Apple TV and there’s going to be a gold MacBook. Updates:

Everything you need to know about the Apple Watch 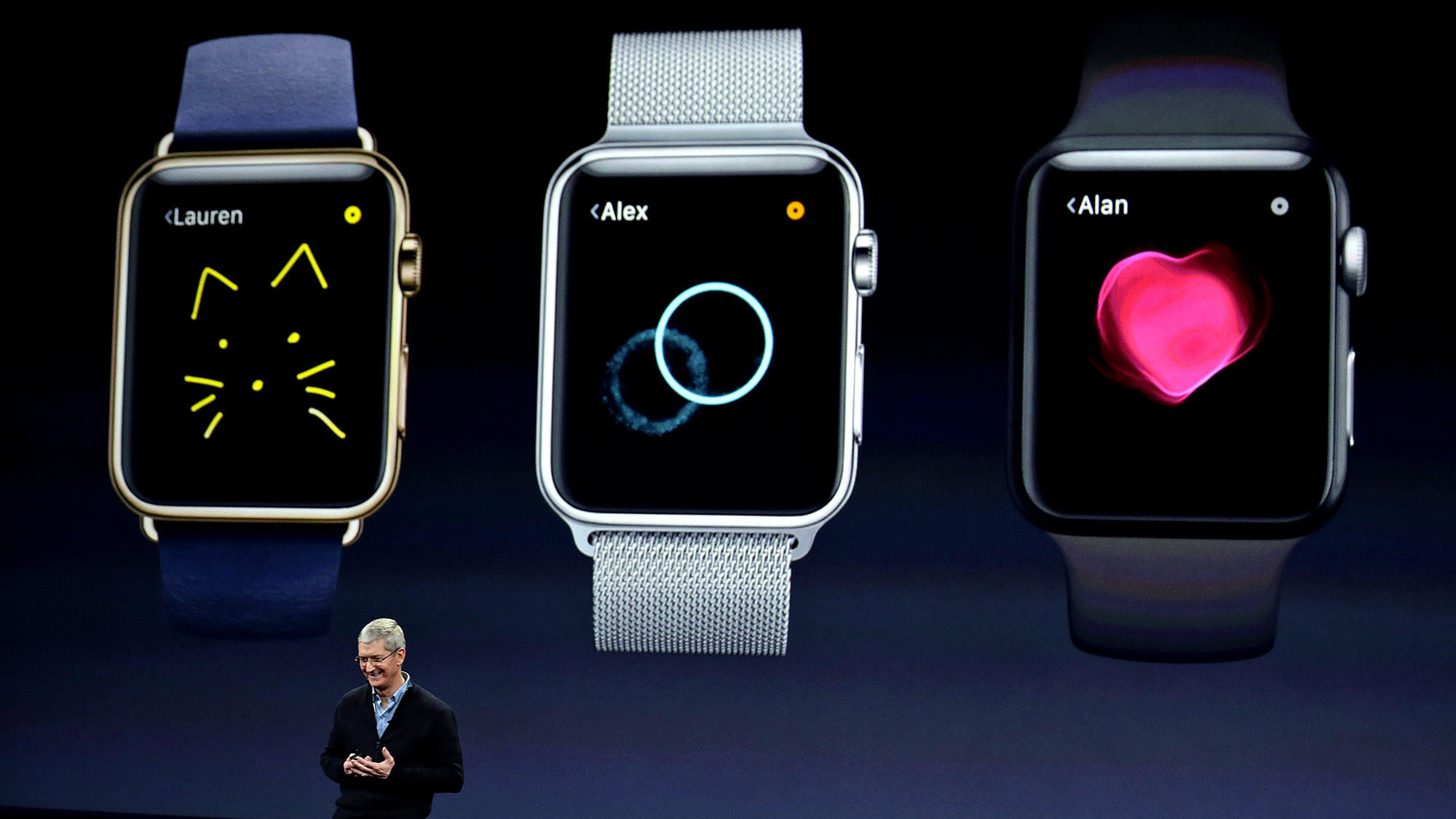 Apple delivered few surprises today about its much-anticipated watch. It goes on sale April 24, has an 18-hour battery life and base prices for the three models start at $349, $549 and $10,000. We have complete details about what we know about the watch. 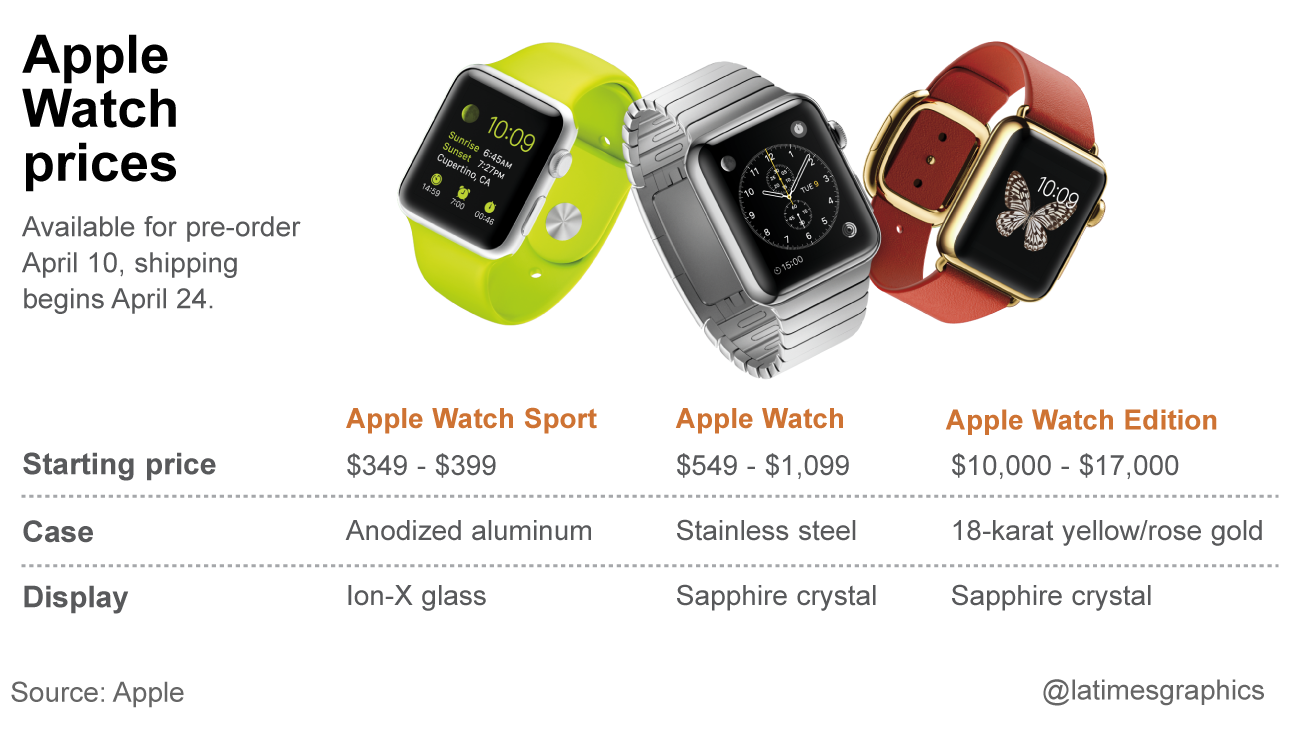 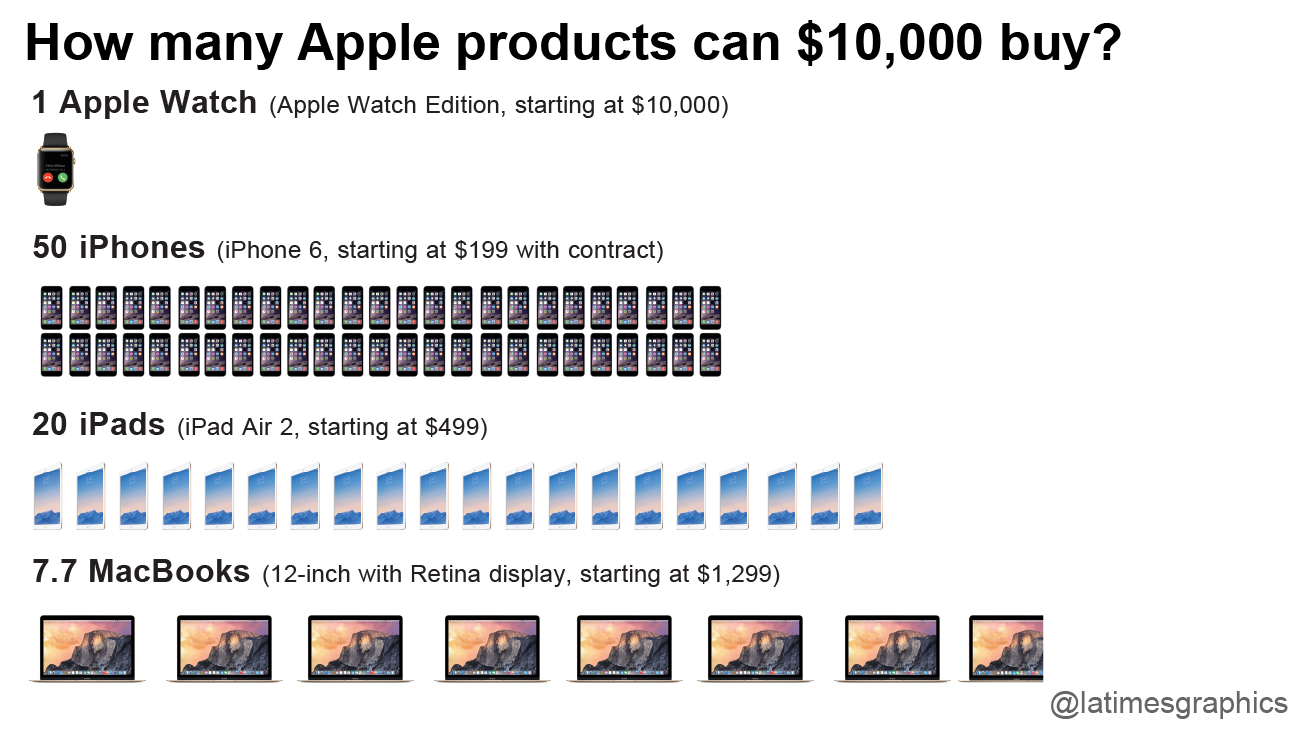 Expressing yourself with the watch

The top-of-the-line Apple Watch is actually $17,000. According to the Apple store , the 38-mm watch has an 18-karat rose gold case and rose gray modern buckle. Now that is fancy. 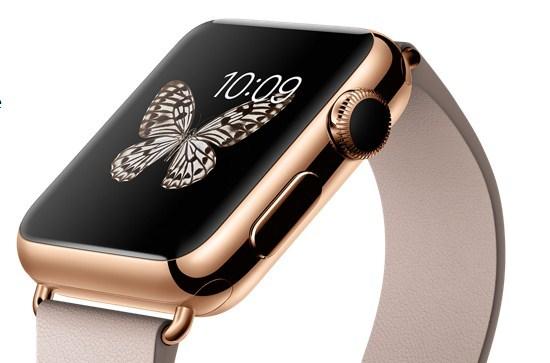 Not impressed? Alternatives to what you just saw 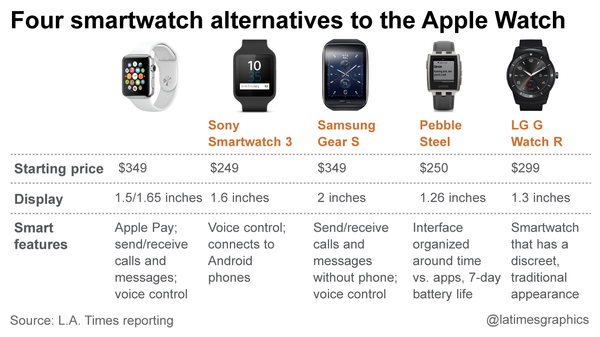 Do you still need an Apple Watch? Here are some other options.

Shazam! Another reason not to take out your phone

Available in the U.S. April 24

What’s the value of the Apple Watch?

Many of the Apple Watch’s features revealed today -- health tracking, weather checking, social media, reminders and notifications -- are things that can already be done on the iPhone (and are, arguably, done better). So what’s the value proposition of the Apple Watch?

This brings us back to analyst skepticism for the watch.

Speaking of the success of products like the iPod and iPhone, “those things were the best things that were ever invented for at least one task,” said Andy Hargreaves, senior research analyst at Pacific Crest. “For broad consumer adoption, you’re going to have to have something the watch does that is better than anything we’ve ever seen, and I don’t know what that is yet.”

And now for the Apple Watch price

Use your Apple Watch to call Uber, check scores

Among the Apple Watch features so far, you can check sports scores, flight information, use Siri, check weather (it’s 54 degrees in New York?).

You can heart someone with the Apple Watch

Flavor Flav was ahead of the curve.

And now the Apple Watch. You have heard of it, right?

Christy Turlington Burns ran a half marathon with the watch

‘The day is finally here’

With nine hours of Web browsing and 10 hours of video playback, the new MacBook’s battery life is a victory over all the cafe owners who removed power outlets from communal areas with the hope of stopping people from spending all day working from their cafe while buying only one coffee.

HBO is pricing the service at $14.99 a month -- considerably higher than the fees charged by competing streaming services such as Netflix and Hulu Plus.

There are two reasons for HBO’s pricing strategy: The network wants to maintain its status of being the gold standard for television, and it also wants to keep intact its longstanding relationships with pay-TV operators. HBO already costs pay-TV customers about $15 a month in addition to their basic plans. About 33 million subscribers in the U.S. currently receive the service through their cable or satellite TV company.

By offering its new HBO Now stand-alone service at roughly the same cost, people who already subscribe to pay-TV and HBO won’t have a financial incentive to suddenly cancel their subscriptions.

We bet you have a gold MacBook joke, too

Apple’s new MacBook can probably be used as butter knife

Weighing just two pounds and 24% thinner than the 11-inch MacBook Air, the new Macbook is the thinnest MacBook yet. Tune in later for fruit-slicing demo.