A photo tour of Jean Nouvel's Guthrie Theater in Minneapolis. 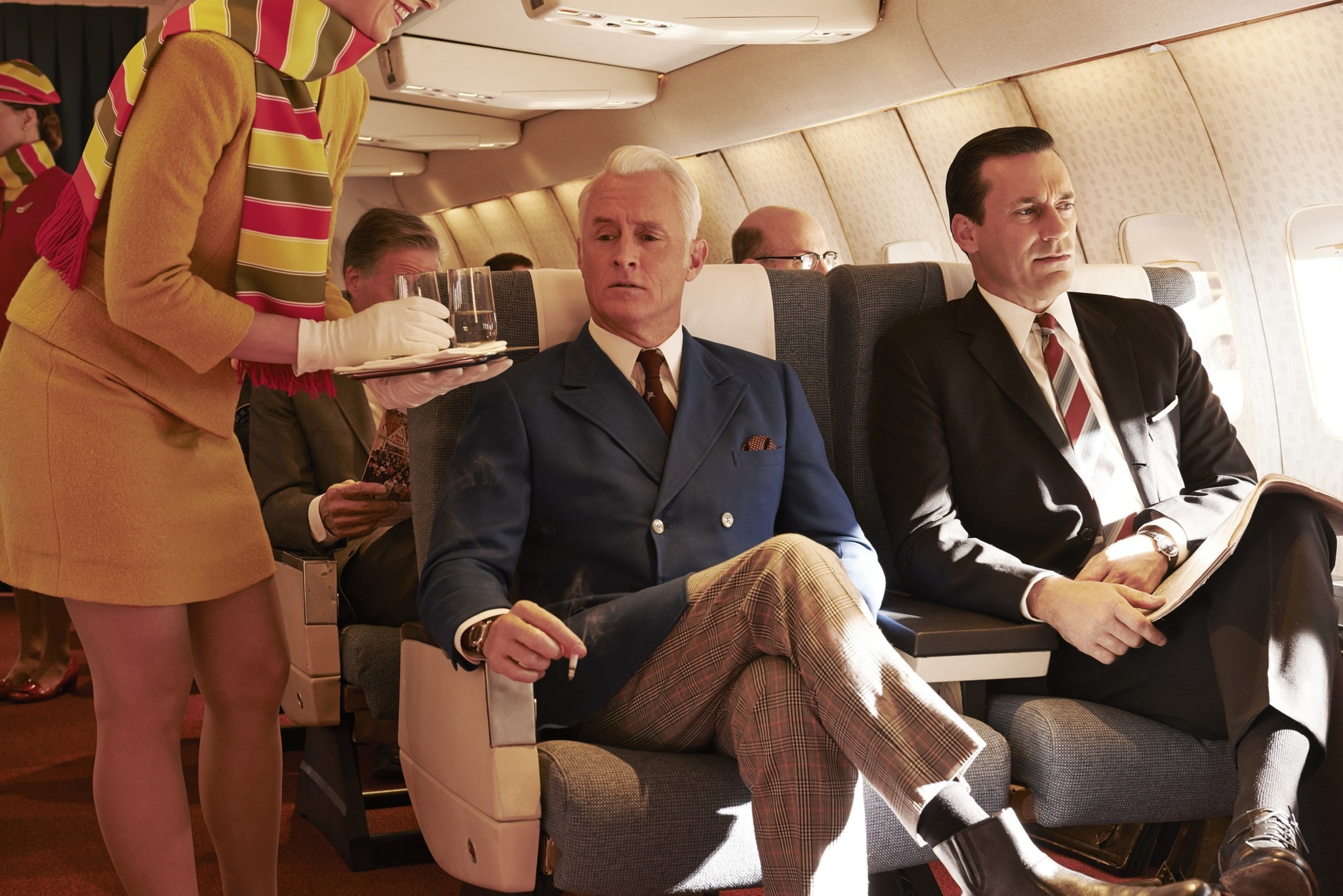 It is a building that seems part Death Star, part factory. In fact, from the exterior, Minneapolis' Guthrie Theater might seem like anything but a theater. Clad in inky blue metal and shining glass, with a behemoth gangplank reaching out toward the Mississippi River, it looks, on first view, like the lair for some cinematic baddie dealing in shady derivatives.

But appearances can be deceiving.

Designed by Pritzker Prize-winning architect Jean Nouvel, the Guthrie theater complex (it is really three theaters in one) offers interesting plays on form, light and color — at once tipping its hat to the area's historic industrial architecture while coming up with a look that is wholly contemporary.

In awarding Nouvel the Pritzker in 2008, the jury cited the building, completed in 2006, among his accomplishments. "It is responsive to the city and the nearby Mississippi River," reads the statement, "and yet, it is also an expression of theatricality and the magical world of performance."

It also offers staggering views. Nouvel raised most of the building's functions above street level, in the process, providing visitors with wide open vistas of the Mississippi River and beyond. He also created a series of internal public spaces (vital in Minneapolis, where temperatures can average 13 degrees in winter), where the public can gather throughout much of the day — which means that unlike a traditional theater building that would be dark during these hours, the Guthrie is a buzzing hangout spot.

I was in Minneapolis over the weekend to attend the Superscript conference, a two-day mind-meld about art writing in the digital age. And several colleagues — Times architecture Christopher Hawthorne among them — suggested that if I was in the Twin Cities I couldn't leave without paying a visit to Nouvel's building.

Here's a small photo roundup from my Instagram feed of some of the highlights from my tour:

The building has both circular and rectilinear forms. This view shows the rounded main entrance approached from South Second Street and and Chicago Avenue (where a bustling farmer's market had gathered out front). Unlike many traditional theater buildings, the Guthrie's lobby does not spill out onto the sidewalk. To reach the main lobby area visitors have to take an escalator up four stories.

From the east, the structure takes on a typical boxy form. But these simple lines hide some interesting surprises.

Walk around to the north side of the building and you'll find this cantilevered platform that extends out from the building like a crazy sci-fi gangplank. The "Endless Bridge," as its called, offers visitors to the museum some pretty terrific views of the river and beyond.

The Endless Bridge provides views of the river that simply wouldn't be accessible if the theater's main public spaces were located at ground level. This is a view of the bridge from the park area underneath — where it creates a dramatic awning.

Unfortunately, I wasn't able to take pictures inside the theaters since some of them were in use. But I was still able to capture the public spaces. Adjacent to the experimental black box theater is the so-called "Amber Box," a public area wrapped in yellow windows.

Nouvel has said that he got the idea for the colored glass from the golden tint on his ski goggles. He says the color provides the feel of a permanent sunny day and practically makes the light sparkle. I saw the space on a beautiful morning. But I imagine that on a grey, winter day, the effect of this window must be magical. The city's historic Stone Arch Bridge, first built in the late 19th century as a railroad bridge, can be seen straddling the roaring Mississippi.

From the Amber Box, it is also possible to see the rising stadium for the Minnesota Vikings, designed by HKS, a few blocks to the south.

From inside the Endless Bridge, the architect uses strategically placed windows framed by mirrored surfaces to highlight the surrounding areas. Seen here: the view out to the Stone Arch Bridge and Saint Anthony Falls, with the sky reflected on the window's ledge.

At the end of the bridge lies a window tinted blue. It is one of the many plays on color that the architect uses in the building. The theater spaces employ various shades of sumptuous reds. The Amber Box is bathed in gold. And these central points are tinted the color of sapphires — giving the space a glamorous feel.

Outside the main proscenium theater, the surroundings take on a crimson tone.

Final view: Nouvel's structure faces off with the Gold Medal Flour mill across the street. It's rounded shape echoes the rounded shape of the silos belonging to the mill.

The Guthrie offers a monthly architecture tour of its facilities, which includes entry into backstage, rehearsal and theater spaces. Tours are scheduled for the first Saturday of each month at 9.am. 818 S. Second St., Minneapolis, guthrietheater.org. 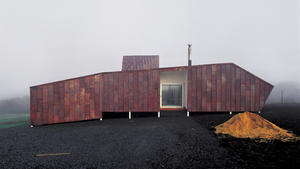 The end of a dictatorship and an economic boom: the rising profile of Chilean architecture.

The city that makes Rome blush 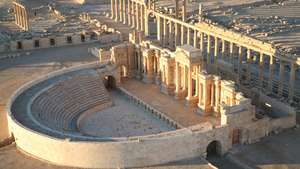 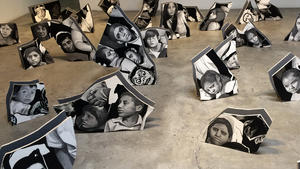 The Tijuana artist talks about comics, Mexico's missing and the organized chaos of his hometown.