As the Los Angeles Lakers bade a grand farewell Wednesday to Kobe Bryant, some of the biggest stars in Hollywood showed up to witness the historic night that included a Lakers win over the Utah Jazz. Here's a look at some of the celebrities who helped give Bryant a hero's sendoff at Staples Center. Quotes are taken from a variety of sources, including the Los Angeles Times, social media, and other media outlets. 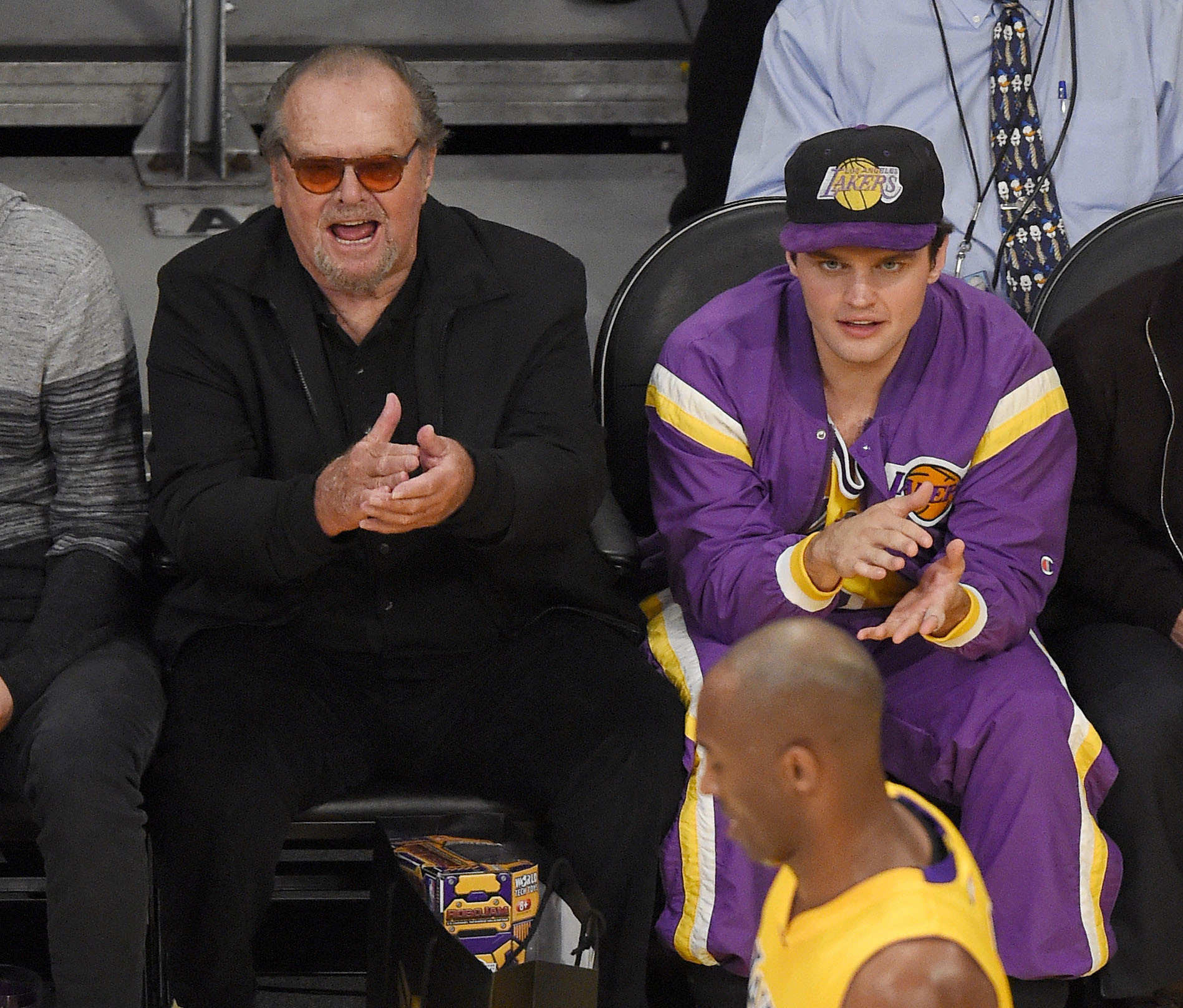 "Kobe, goodbye. I think I may retire with you, I'm not sure. It's been great watching you and I hope you've enjoyed it half as much as me and my family have. You've been an inspiration to us all. L.A. loves you," Jack Nicholson said. 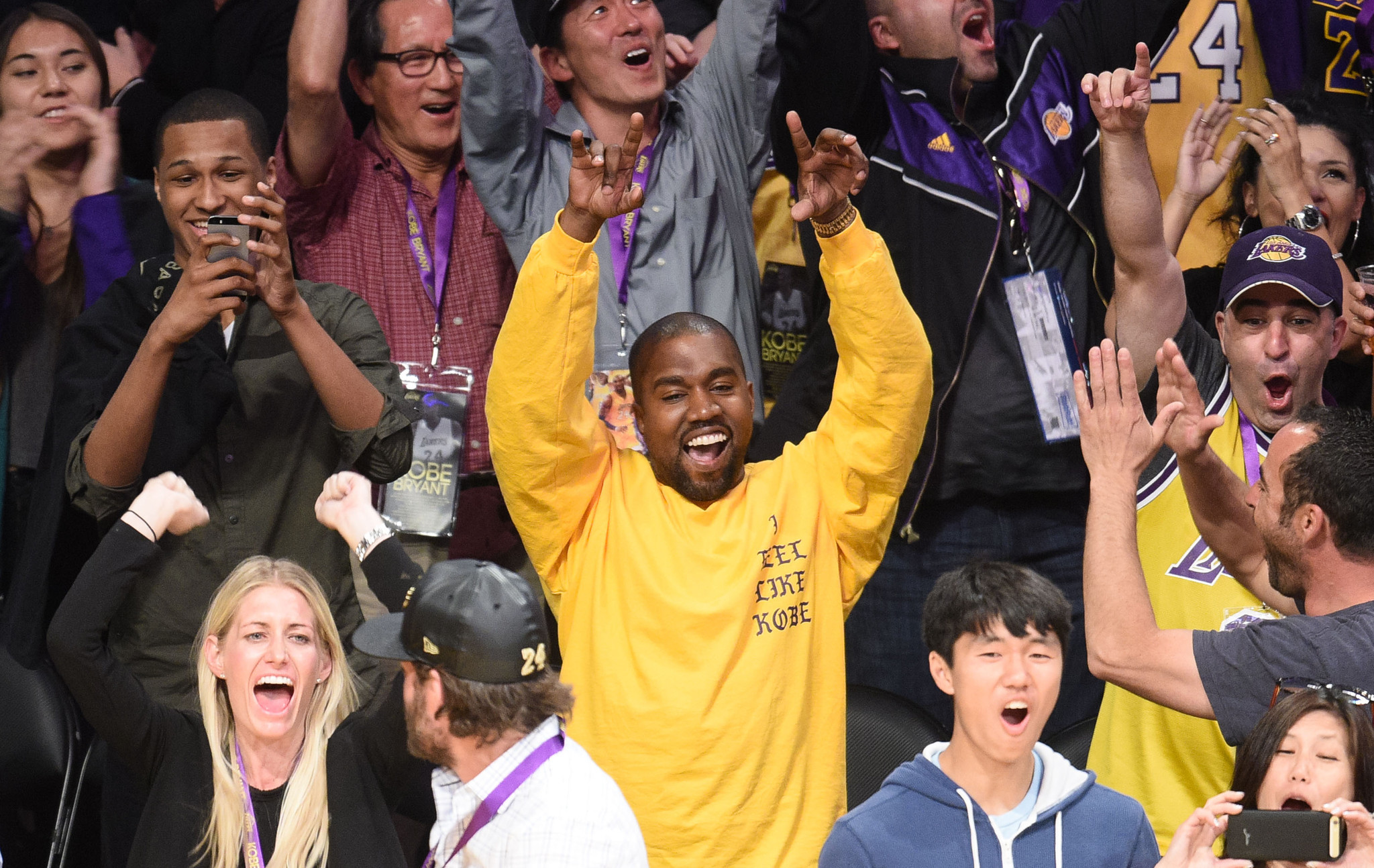 Kanye West tweeted his excitement at Bryant's last Lakers game, posting photos of his T-shirt that read "I Feel Like Kobe" and his game ticket, and the message, "At the God's last game." 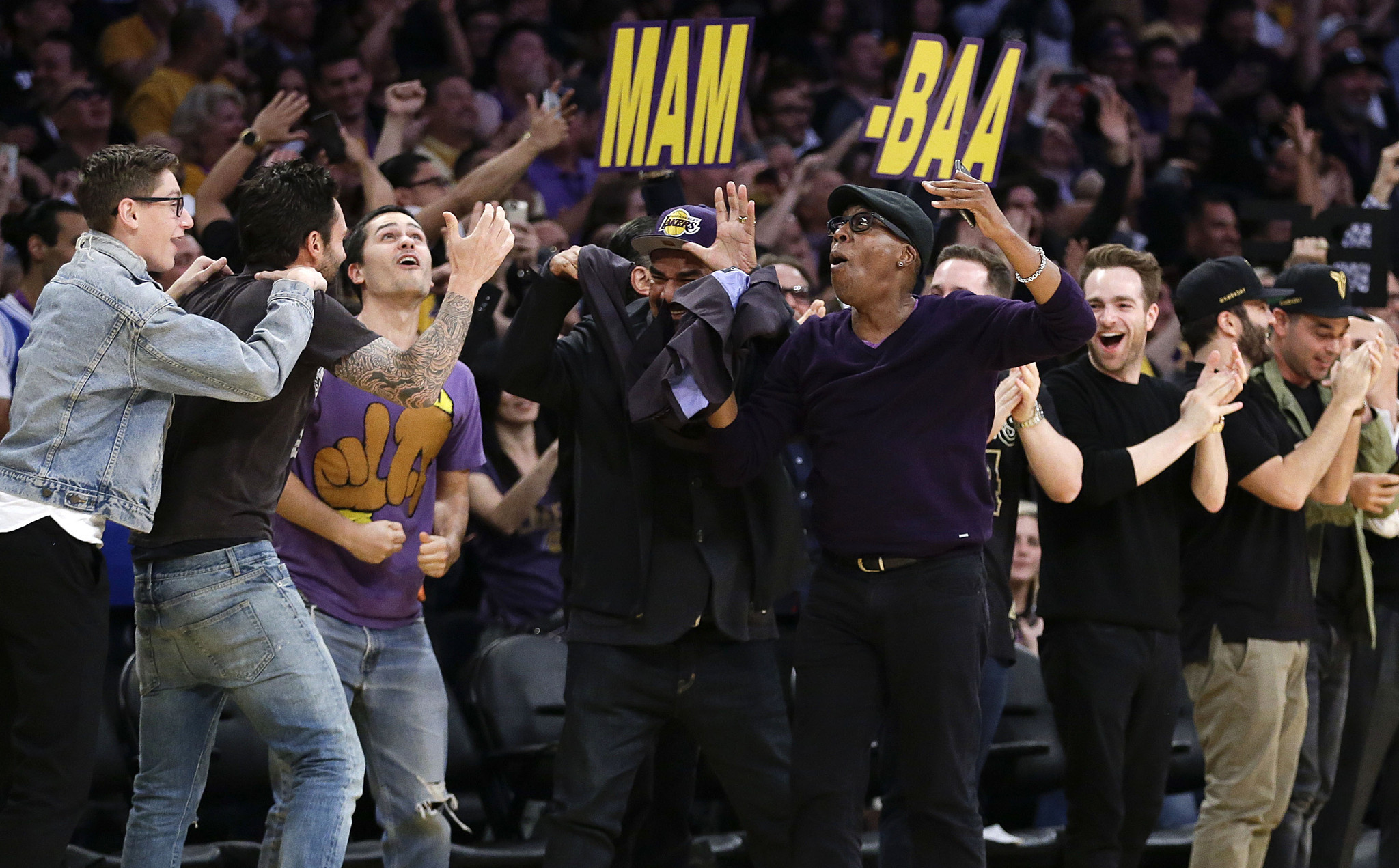 "This is incredible. You know what? I remember the first day shaking Kobe's hand at the Great Western Forum when he had the young mamba face ... he shook my hand. [He] was charming, wonderful and he's never changed since that day. What a good day," Arsenio Hall said.

"This is the only relationship I've been in my life where after 20 years I'm more in love at the end than I was in the beginning," George Lopez said. 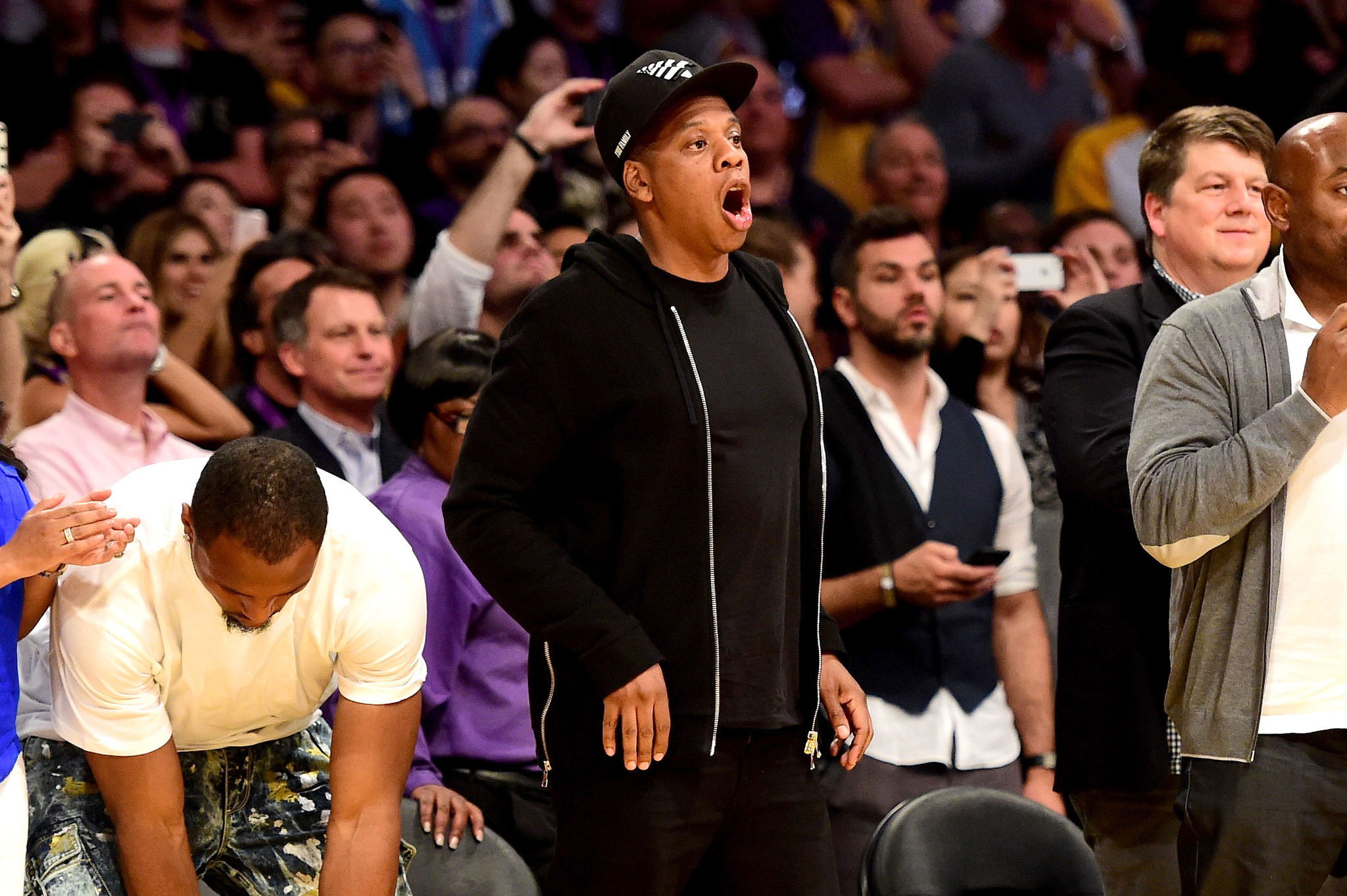 Attending Bryant's last game without Queen Bey, Jay-Z was courtside to cheer on the Mamba. Bryant has been a longtime fan of Jay-Z. According to former teammates, Bryant knows many of Jay-Z's songs by heart, rapping every lyric. "Mamba out!" Jay-Z tweeted. 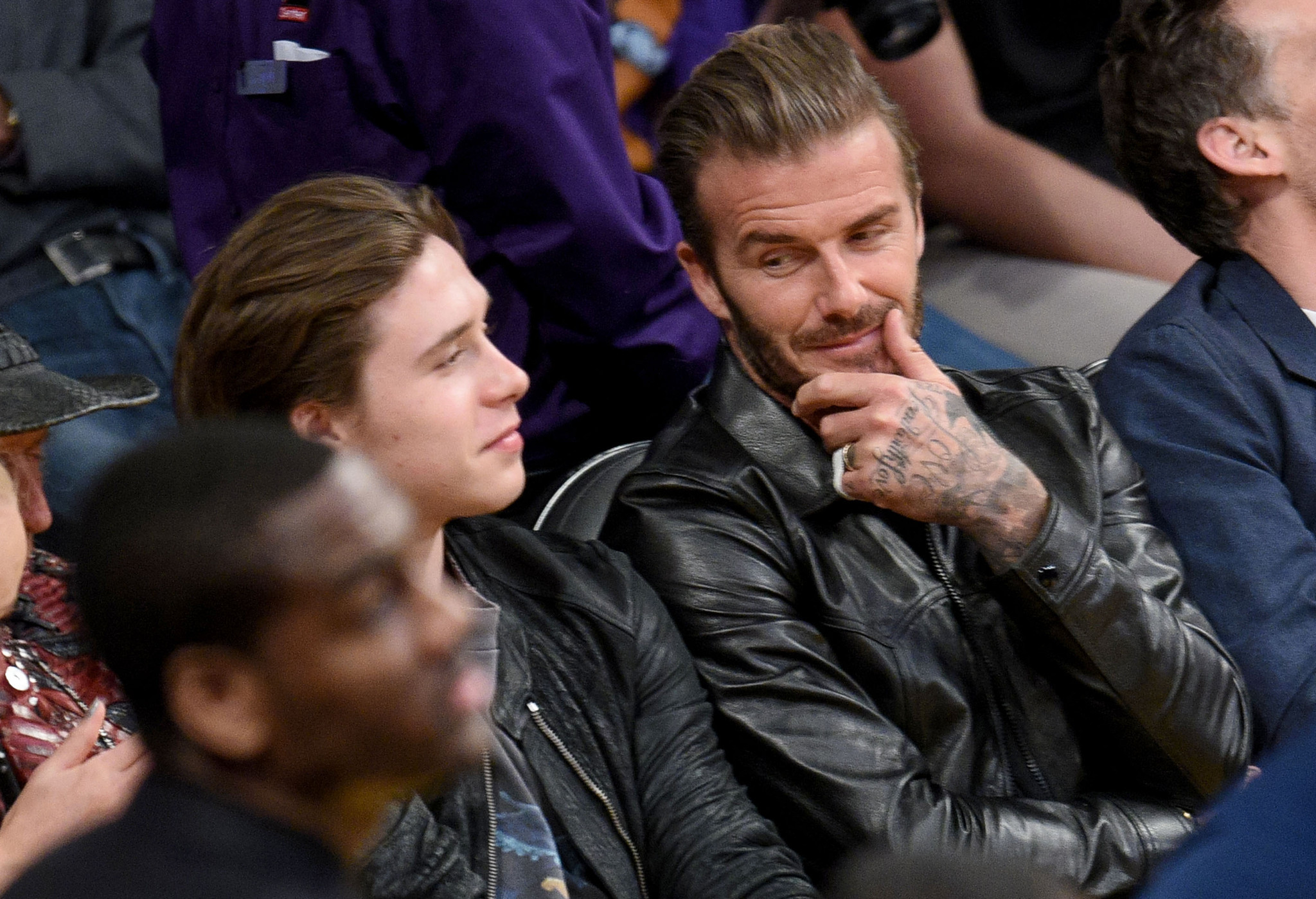 "It's kind of sad," David Beckham said. "But we're obviously here to celebrate him and his career and everything that he's done for this franchise and the pleasure he's given so many people over the years. It's an honor for me to be here for me to have my oldest son here with me. It's going to be emotional." 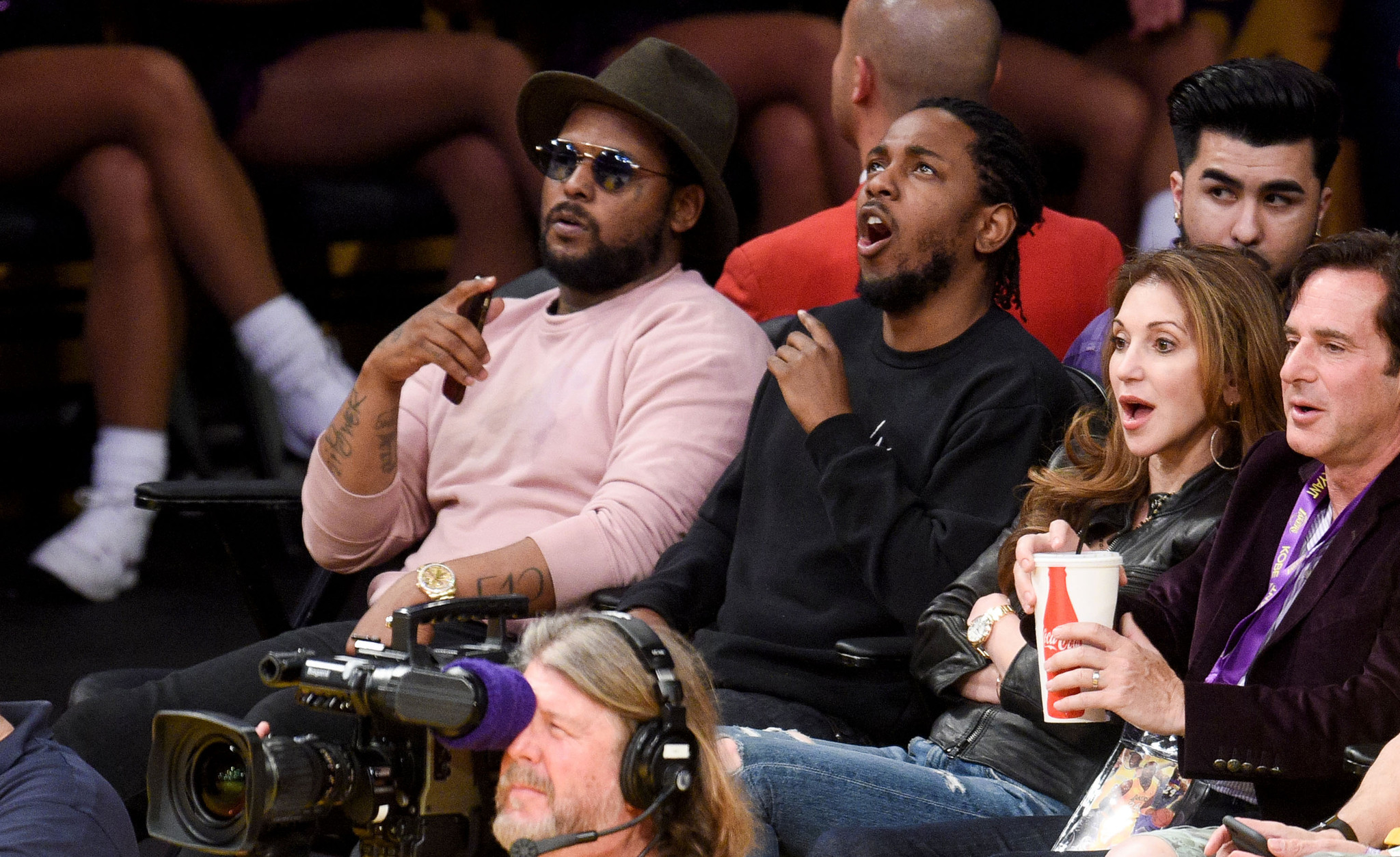 Rapper Kendrick Lamar filmed an inspirational, farewell video as a tribute to Bryant, according to multiple reports, dubbed "Fade To Black." As Lamar remembers Bryant's best moments in basketball, his song "Levitate" plays in the background. 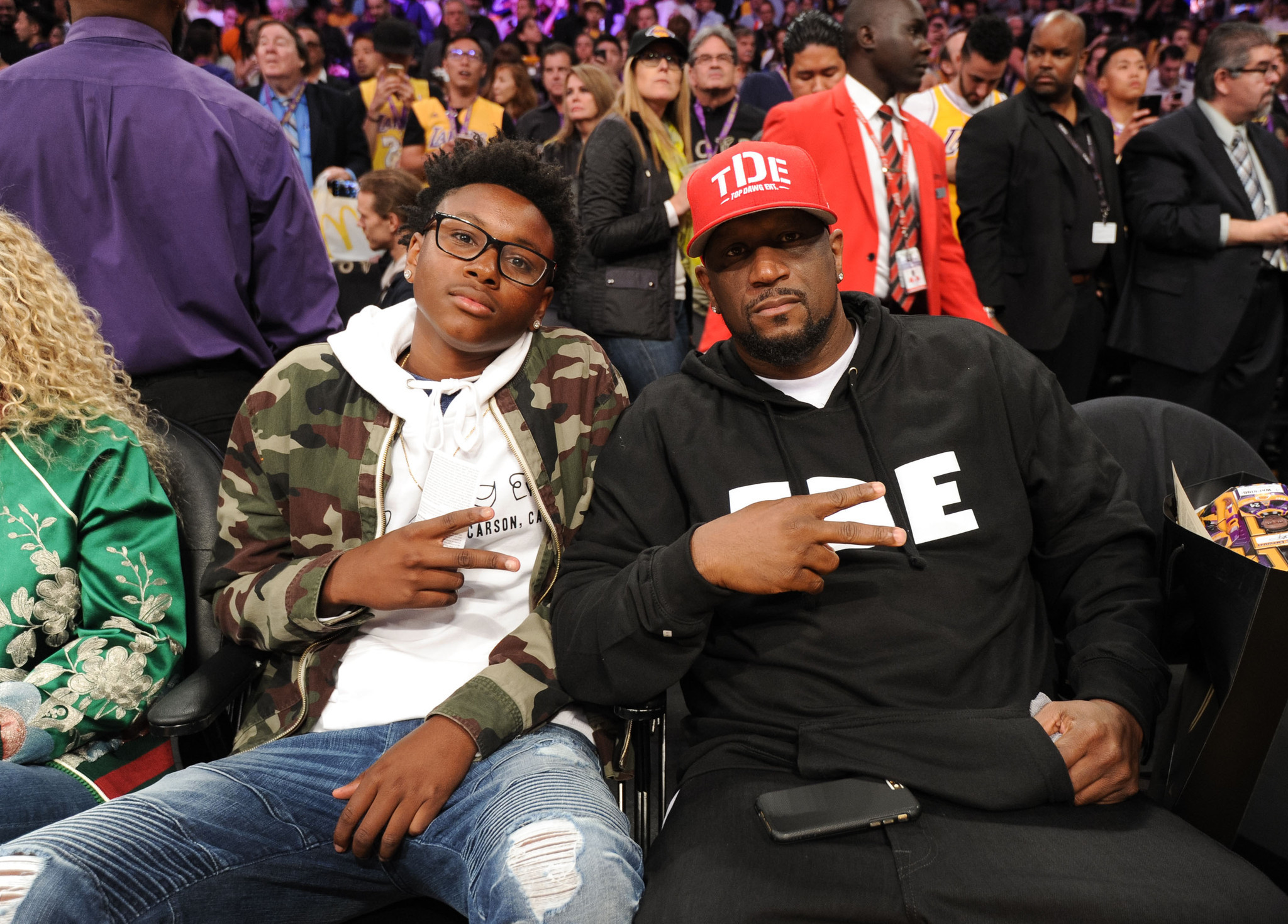 Top Dawg Entertainment CEO Anthony Tiffith paid $40,960.50 for two courtside tickets to see Bryant in his last game. "Sometimes you have2 pay to play... Worth every penny 2 watch one of my favorites hit the floor for the final time... @kobebryant 1 of the best to ever do it... #TDE #KB24 #top5," Tiffith posted to his Instagram page.

The Weeknd and Bella Hadid 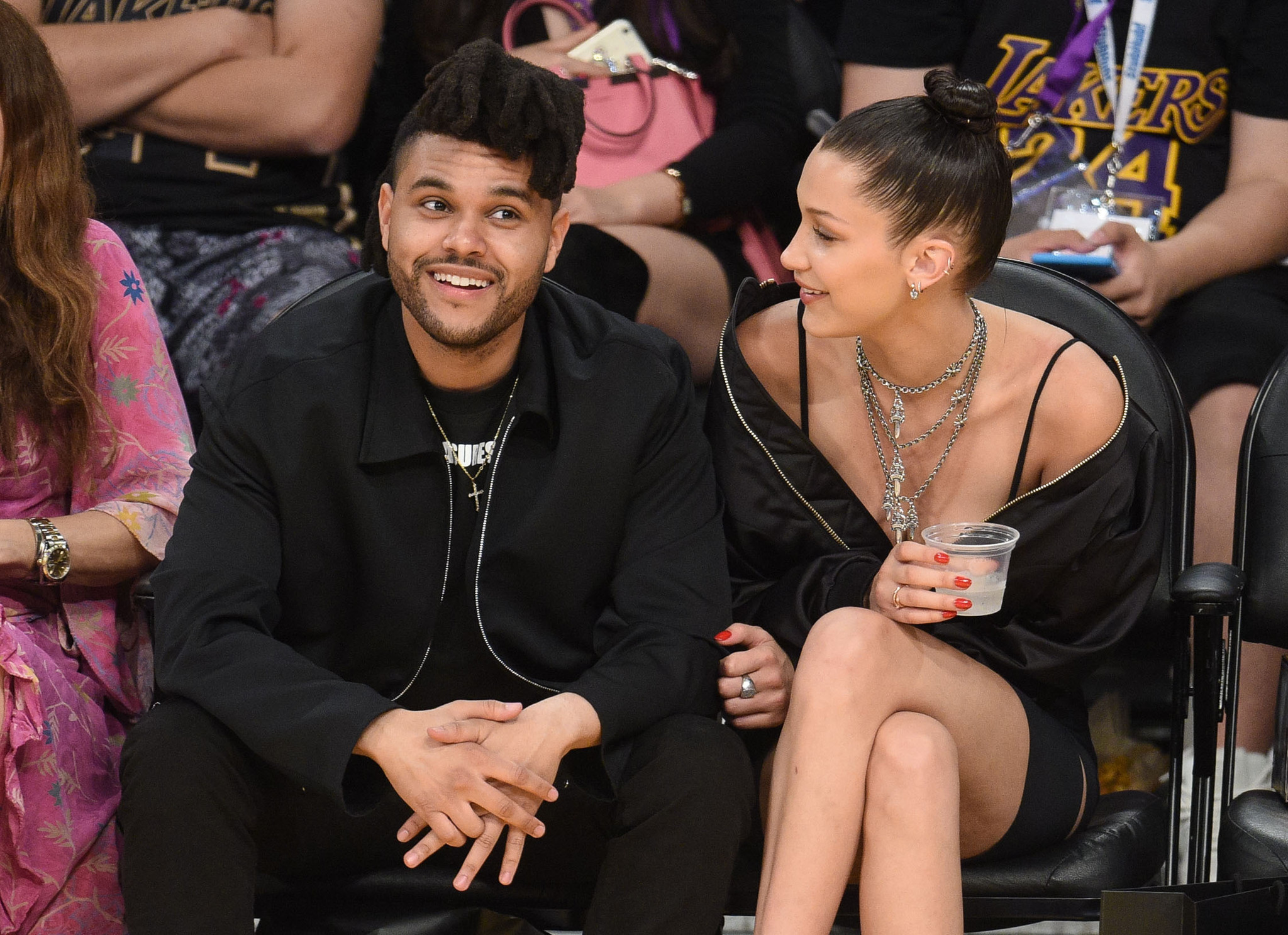 Model Bella Hadid cozied up to boyfriend The Weeknd as they sat courtside for Bryant's last game. "#MambaDay," The Weeknd tweeted. 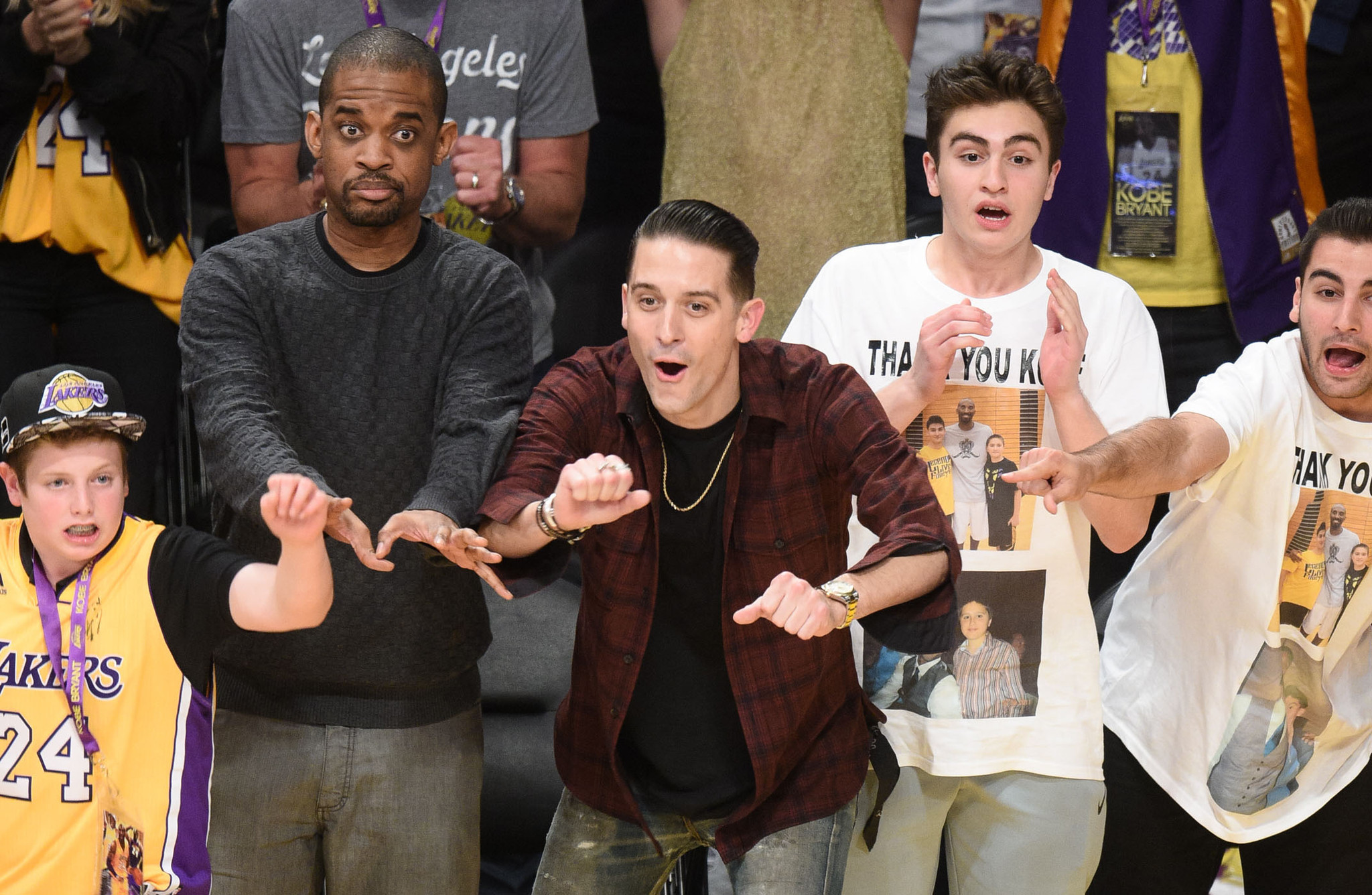 "Watched my favorite player ever put up 60 points in the last game he'll ever play... And the Warriors got the all time record. What a night for basketball," Rapper G-Eazy posted to his Instagram page. 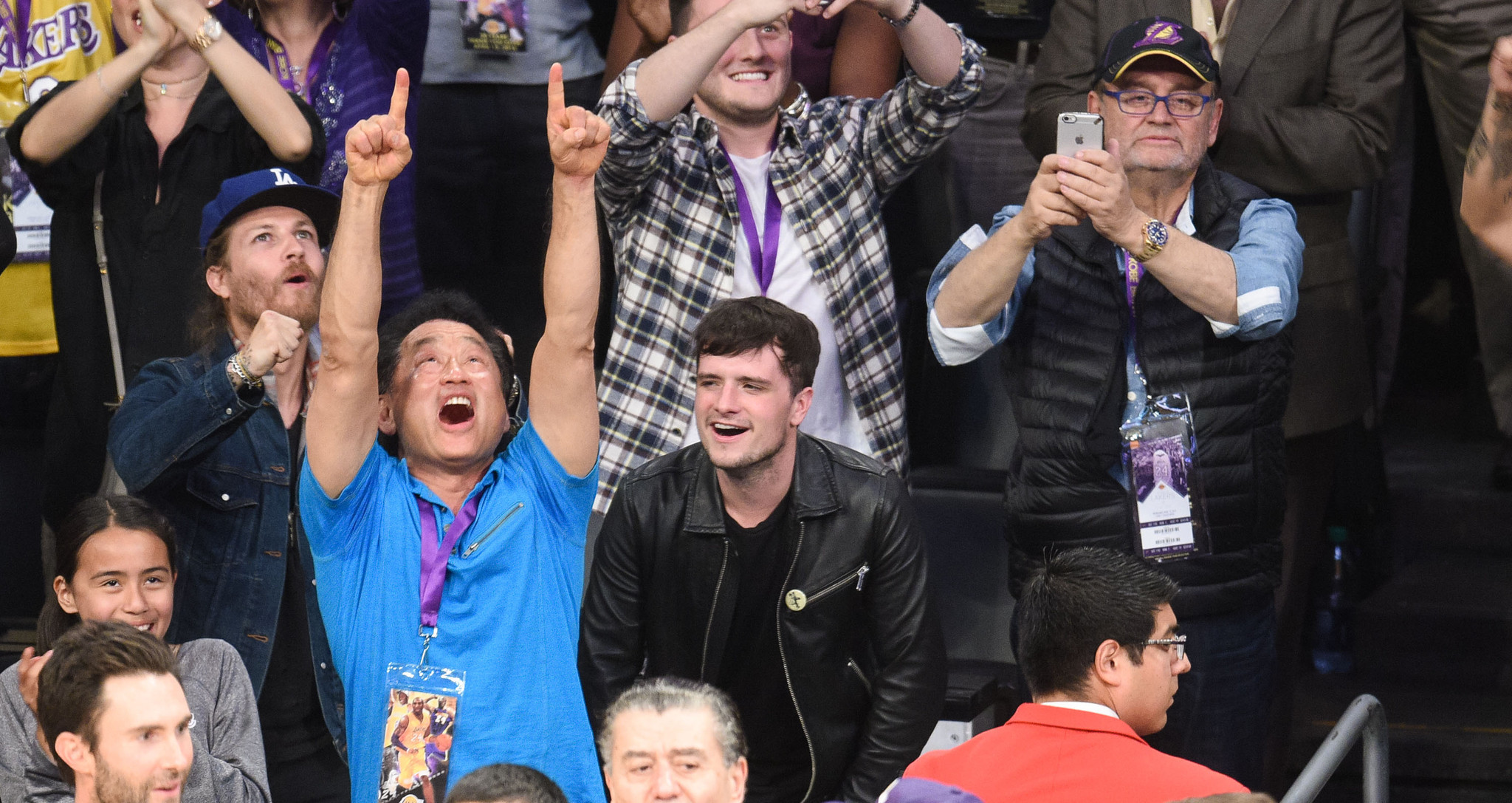 "The Hunger Games" star Josh Hutcherson, a longtime Lakers fan, leaped out of his seat as he watched Bryant on the court. 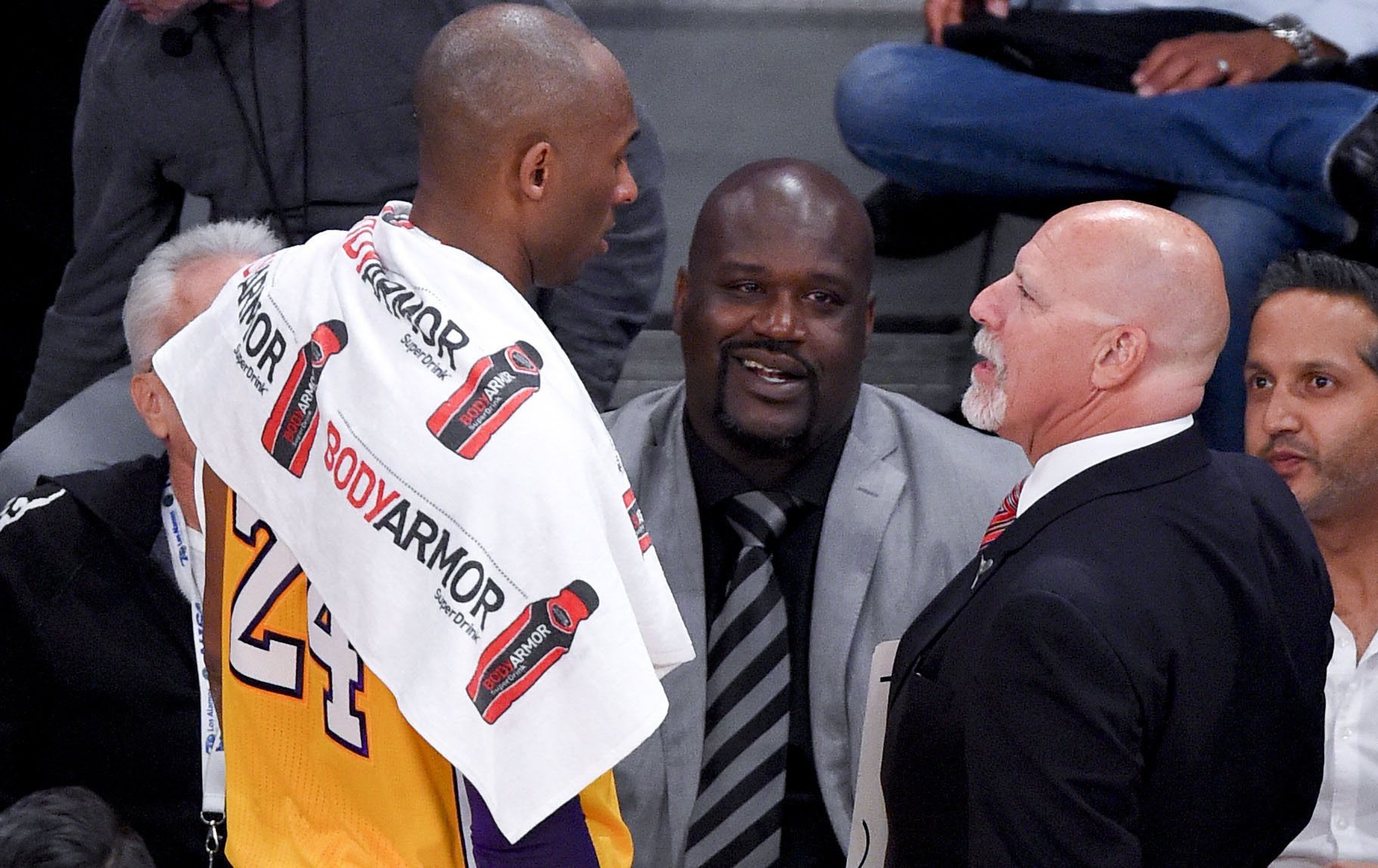 David Ng is a former Company Town reporter for the Los Angeles Times.