What happens after you find love? Sometimes you break up.

At least that’s the case in Mariko Tamaki and Rosemary Valero-O’Connell's upcoming graphic novel, "Laura Dean Keeps Breaking Up With Me."

Freddy, a teenager, is in a complicated on-again, off-again relationship with Laura Dean. Everybody knows all about the pair’s relationship drama, and while Freddy is aware she really just needs to break it off with Laura Dean, letting go isn’t the easiest thing to do.

Writer Tamaki is best known for the graphic novels "Skim" and "This One Summer," which she co-created with her cousin Jillian Tamaki. In addition to her graphic novel and comic book work, she is the author of YA novels such as "(You) Set Me on Fire" and "Saving Montgomery Sole."

For "Laura Dean Keeps Breaking Up With Me," Tamaki is collaborating with Valero-O’Connell, a cartoonist and illustrator whose comics work includes the art for the "Lumberjanes" one-shot "Beyond Bay Leaf" (written by Faith Erin Hicks) and the cover for the first "Steven Universe" original graphic novel. 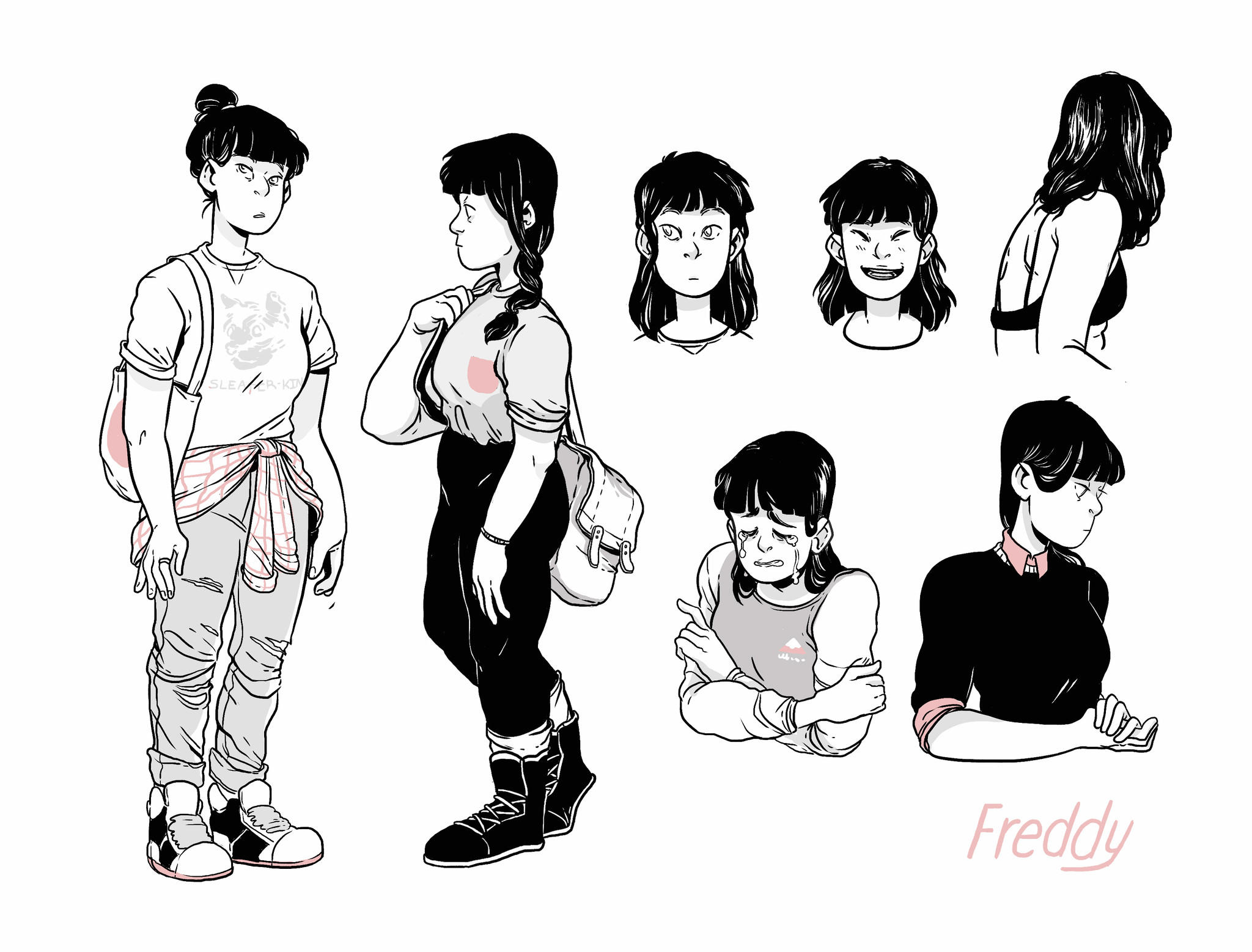 "I feel like the story of love is so often about finding someone, that one amazing someone to be with you forever," said Tamaki. "For me, it’s always felt like so much of being in love happens after you’ve found someone to pack into your aorta."

"'Laura Dean' is a layered exploration of the complex web of harm and care that people can cause each other while they're still growing into themselves, and it makes me smile with just as much force as it breaks my heart," said Valero-O'Connell. "It’ll feel familiar and cleansing to anyone that's had to navigate both the nuances of loving someone that can't love them back, and of doing right by the people that can."

"Laura Dean Keeps Breaking Up With Me" will be published by First Second Books in 2018.

Tamaki and Valero-O’Connell discussed Freddie, Laura Dean and the book over email.

How did “Laura Dean Keeps Breaking Up With Me” come to be? Was there a specific inspiration for the story?

Mariko Tamaki: I've always liked the idea of an ex-ex-girlfriend story, about the girl that got away and then shows up a week later with a smile like nothing happened. A lot of the relationships I had when I was younger weren't fairy-tale girl-meets-girl, girl-finds-true-love-type things. They were a mess.

I thought that would make an interesting story. I was also really inspired by re-watching shows like "My So-Called Life," "Freaks and Geeks," old John Hughes movies. I wanted to do something that brought all that stuff together, cast with queer youth.

What can you tell us about Freddy? About Laura Dean?

Tamaki: Freddy is a fun and crafty chick.  She's super funny with excellent friends and terrible taste in girlfriends. And Laura Dean is that magnetic girl who pulls you in and rips up your heart up like so much confetti. She's that girl you cast in a rock video about a really bad breakup.

Rosemary Valero-O’Connell: Freddy gives me those pangs in my stomach that are a perfectly even combination of sympathy and frustration that you can only get from watching someone trip over a stone you wish you could warn them about. She's got such a good thing going for her in terms of her personal relationships with one massive, glaring exception.

As for Laura Dean, she's one of those people whose gravitational pull is so immediate and so insidious that if you don't keep your wits about you, you'll get caught in her undertow and maybe never get back out. She's got something about her and she absolutely knows it. 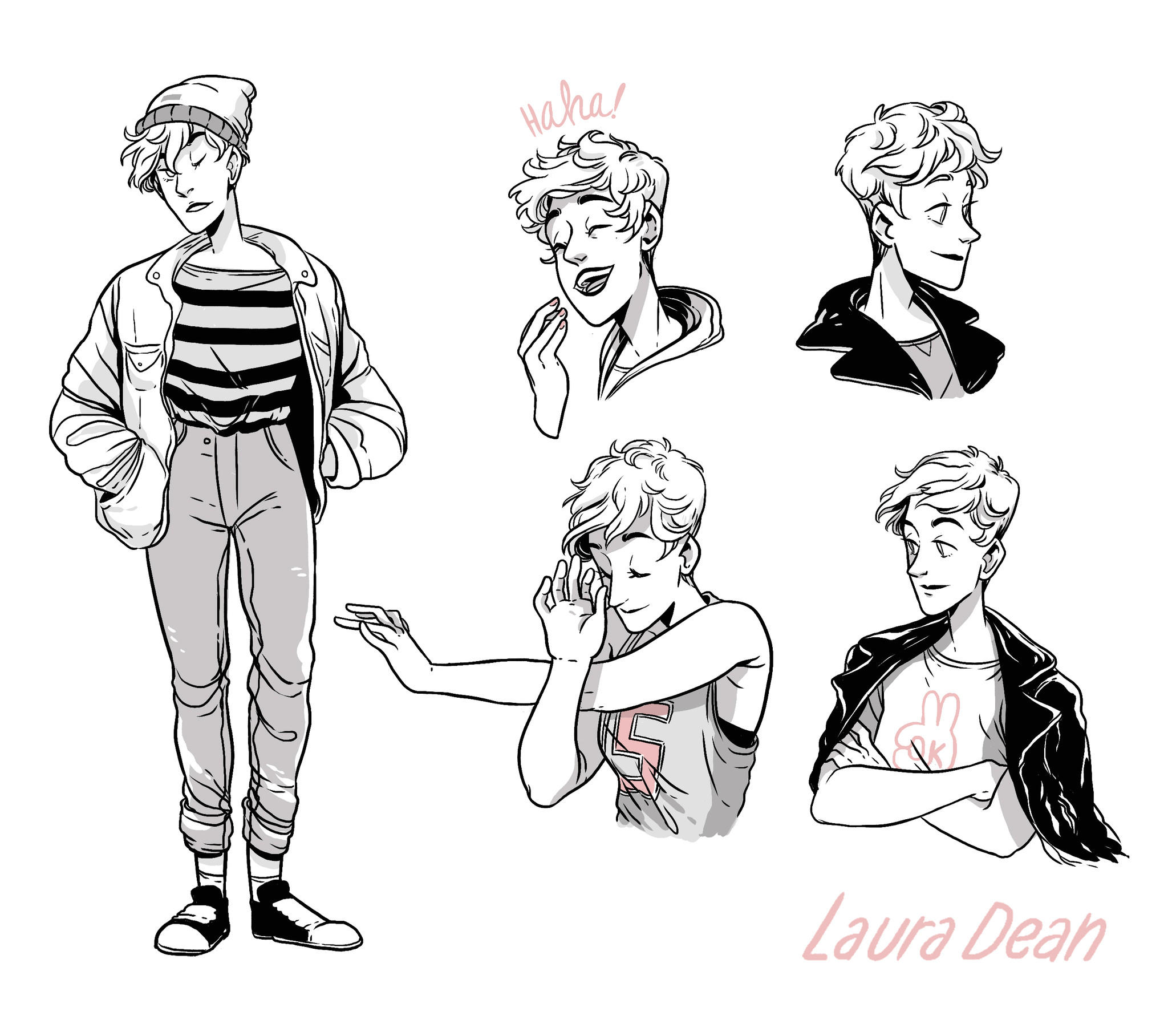 How did your collaboration come about? And how aware of each other’s work were you prior to this collaboration?

Tamaki: Calista Brill, our editor at First Second, suggested the match. I am a big fan of Rosemary's work.  People have been pointing me in her direction for the past year or so.  Like, "LOOK AT THIS WEBSITE!"  She is incredibly talented. I just read the "Lumberjanes" issue she illustrated and it's amazing. I'm so happy to be working with her on this project.

Valero-O’Connell: Last December, Calista Brill sent me an email asking if I had any interest in testing to be the artist for Mariko Tamaki's newest book. It took me literally an entire afternoon to stop crying and compose myself enough to write back what I hope was a very professional and not at all overwhelmed "yes".

I can't stress how formative Mariko and Jillian's previous two books ("Skim" and "This One Summer") were to me learning how to speak the language of comics, and to be able to work so closely with someone who had a major hand in some of the work that inspired me to do what I do isn't something I ever would have thought possible. "Grateful" is an understatement.

Rosemary, What about the story specifically appealed to you?

Valero-O’Connell: Stories about girls and their relationships with other girls (sisters, best friends, bitter enemies, in or out of love, etc.) are more interesting and satisfying to me than virtually anything else, and the way Mariko has written about these particular girls is so honest and precise.

The book is full of characters that are trying to care for someone, be it themselves, other people, or both at once, and that have to deal with all the delight and misery that comes with trying to have any type of relationship with another person.

I'm honestly not that much older than a lot of the characters in the book, and the growing pains of learning how to be a person in a world full of other people that are trying to figure out the exact same thing is still something that feels painfully present in my life (as I'm sure it always will).

How important do you think it is for readers, especially young readers, to be exposed to stories about a love that doesn’t work out?

Tamaki: That's most of life, man, is what happens after you find love, the bit beyond the glass slipper and the first kiss. Maybe it's more important to know there's something beyond your first hearts-beating-as-one when you're younger.  Maybe it's equally important to be reminded about that stuff when you're an adult. 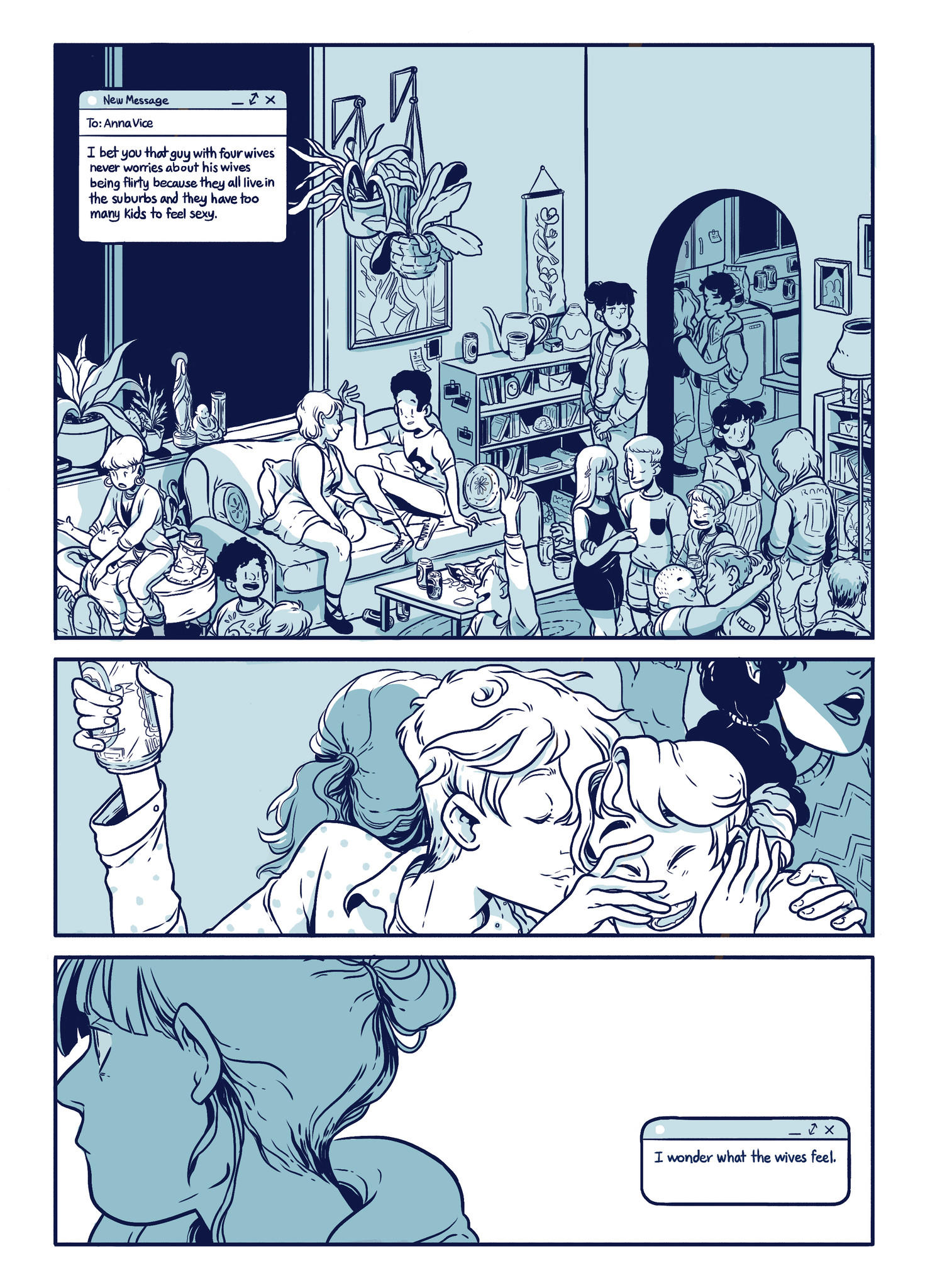 Art by Rosemary Valero-O'Connell for "Laura Dean Keeps Breaking Up With Me." (First Second Books)

It seems a majority of queer stories that tend to get told are coming-out stories. How significant do you think it is to have stories that feature characters who are already (presumably) out to show what’s beyond that?

Tamaki: It was really important to me that this be a story about gay kids who are out (instead of coming out). I know there are many places where there are still serious, sometimes dire, consequences for being LGBTQ, places where kids have to keep those kinds of feelings, that knowledge about themselves, a secret, but I also think times are changing.

Kids know their sexuality, can express themselves, way earlier than they did when I was a young dyke. I love meeting LGBTQ teens when I go to schools. I'm so proud of them and I want there to be more books about them.

Obviously being a LGBTQ teen isn't easy, always, ever. Being a teenager isn't easy always ever. I wanted this to be a book that embraces queer teenage love joy and pain.

Valero-O’Connell: The stories we take in can be so important to the way we conceptualize ourselves and what's possible for us, and I think this is especially the case with younger readers whose sense of self is still so nebulous and turbulent.

Moving beyond the single/limited narratives that are available for queer youth to see themselves in, and into further reaching uncharted territory that addresses the fact that there will be more to their lives than coming out normalizes those lives and also adds another dimension to the sadly still very flat world queer characters seem to be allowed to inhabit in mainstream media.

Tracy Brown is a reporter for the Los Angeles Times covering television, film and other pop culture.