Exclusive: Matz and David Fincher’s ‘The Black Dahlia’ adaptation to be released in English

In 1947, Elizabeth Short’s mutilated body was discovered in an empty lot in Los Angeles. The gruesome death of Short, who was dubbed the “Black Dahlia,” remains one of the oldest unsolved killings in L.A. history.

The case served as the inspiration for James Ellroy’s 1987 novel, "The Black Dahlia," which follows LAPD officers Bucky Bleichert and Lee Blanchard as they investigate the Short case. In addition to kicking off what would be known as Ellroy’s "L.A. Quartet," the critically acclaimed novel also spurred a 2006 film adaptation directed by Brian De Palma as well as a 2013 French graphic novel adaptation by Matz and David Fincher with art by Miles Hyman.

Soon, English-only readers will have access to the graphic novel adaptation.

Matz has announced that an English version of "The Black Dahlia" adaptation will be released in June. The graphic novel will be published by Archaia, an imprint of Boom! Studios. The cover of the new English hardcover edition will feature a brand new image by Hyman.

Hero Complex readers are getting an exclusive first look at the graphic novel's cover as well as a few preview pages below.

"The Black Dahlia’ is a rather fascinating novel," said Matz. "The way it’s written, the characters, the way they talk, the story itself, everything about it shows James Ellroy’s unique literary genius, and adapting it was a challenge." 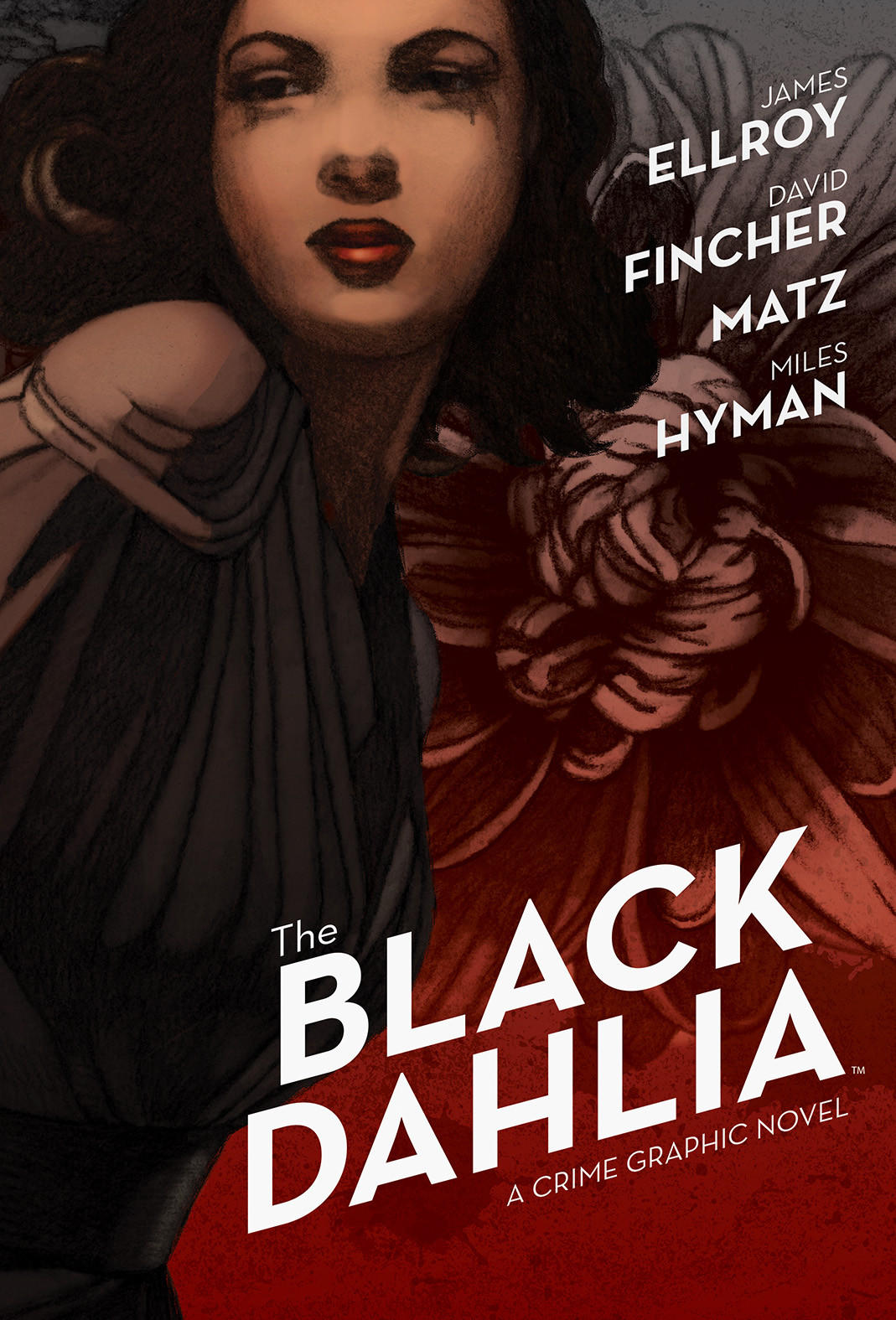 "I had never thought about adapting ['The Black Dahlia'], until the publisher asked me to," Matz revealed. "My first reaction was to think it couldn’t be done, but I was tempted. So I read it again and thought that there were too many fantastic lines in there to turn it down. It doesn’t get any better than that, as far as dialogue goes. So I thought I should give it a shot. And as soon as Miles Hyman and David Fincher were on board, I knew I had to outdo myself on this one."

Matz discussed details of "The Black Dahlia" and his creative process for the adaptation over email.

What was your creative process for adapting "The Black Dahlia"? Did you start with the translation to French first?

"The Black Dahlia" is a very dense novel, and its density is probably the biggest challenge for a graphic novel adaptation. Also, there are a lot of characters, way too many for a graphic novel. So the first thing I did was to try and think of what would be the right angle to tell the story and stay true to the book and its style.

It appeared to me that there were two angles that I could use. The first one is that all the characters lie all the time, to everybody and about everything, throughout the whole novel. The second one is that pretty much no one gives a damn about that poor girl who has been found dead in that Hollywood vacant lot. With that in mind, I could decide who and what could stay so that I could re-create the atmosphere and organize the events.

I didn't start with translating the novel to French, nor did I use the French translation. I wrote the script in English. I had no choice about that, as the deal was that James Ellroy had to read and approve the script. If he didn’t approve it, the graphic novel was killed. Simple as that.

I also needed to communicate with David Fincher, and since the artist, Miles Hyman, is American (living in Paris), this was the most convenient and logical thing to do. Once the script was written and approved, I translated all the dialogue into French. I'm also a translator. I've translated a few novels, among them one by Donald Westlake and a couple of others by Jerry Stahl.

Translating for a graphic novel carries its own constraints, such as making sure the text fits into the balloons, which is why I had to do it all myself. Translating James Ellroy's dialogue was a lot of fun.

How different is it for you to script an adaptation compared to writing your own story?

Adapting is about choosing an angle and finding a way to be true to the original material. It’s also about coming up with the right breakdown for it. A lot of focus goes into that. It’s more like solving a tough puzzle, trying to make all that great material fit.

It’s particularly true regarding James Ellroy, because unlike many other writers, he doesn't suffer from any kind of shortage of ideas; he gives us readers more than any other writer. In that sense, he makes me think of writers like Balzac or Flaubert or Alexandre Dumas, who had, seemingly, more ideas than they could write and were very generous about it.

It’s different than crafting my own stories, and breaking down my own books, where I have more freedom and can probably experiment a bit more, but I really enjoy doing it, and I think that this enjoyment shows in the book.

How did your collaboration with David Fincher come about? What were his influences in your adaptation?

David Fincher and I met a long time ago, when we first started talking about the possibility that he would adapt "The Killer," a series I wrote that is also published in the U.S. by Boom! through their Archaia imprint.

One day, I mentioned that I may work on the graphic novel adaptation of "The Black Dahlia," and he told me that he had worked on turning it into a movie. The movie didn't get made, but the way David described it, it sounded great.

As we were talking about how to adapt the novel, it became very clear to me that his input could be very valuable. He had given the matter a lot of thought, and given the size of the work at hand, it made me feel a lot better to have him in my corner. Of course, the book is not the movie that David thought about doing.

But David has great ideas [and] he came up with a rather crucial concept for the graphic novel, a visual idea, which was that it should mainly be one-image strips, and three by page. This idea enhanced the cinematic feel and provided a pace that could be efficiently shaken up when needed. In graphic novels and comic books, pace is everything.

Another thing we talked a lot about was how to handle the Mexican trips that the characters take in the novel and how to solve the numerous problems that went with that.

Having him onboard made a big difference. I’m also quite proud to co-sign David Fincher’s first graphic novel as he is, like James Ellroy, a really unique individual I feel very fortunate to have met.

Did you get any input or feedback from Ellroy? Has he read the graphic novel?

I did get his feedback. The book would not have gotten made if James hadn't approved the script. The day I sent it to James, it suddenly occurred to me that maybe I’d have to trash all this work I had done if he didn’t like it. It made me quite scared and worried and wonder why I took this job in the first place.

But the day I got his feedback was a day I'll never forget, as it was a short two-word message: "Fantastic job."

And that was it. It made me happier than I can describe, and I'll be forever grateful to James for it. David Fincher and I shared a moment of real happiness then, with a little pride, too. Getting this feedback from [Ellroy], whom I admire so much, it was really something.

I believe James is quite happy with the graphic novel. Happy enough that we are talking about doing another one. I hope it happens.

The greatest and most impressive thing in this adventure has been to spend time with James, as there is no one quite like him. He's a very unusual, quite fascinating man. I feel very fortunate about that.

How do you feel about your adaptation being published now in English? Did you translate your dialogue back to English or revert to Ellroy’s original text?

I’m thrilled, of course! Me and Miles, we always hoped it would happen. I can't wait to see how the American readers react to it. I really hope they like it.

The American audience has always responded very well to my books — "The Killer," "Bullet to the Head," "Cyclops." I always was impressed with the fact that the reviews and the critics were more in-depth in the U.S. than in France, and I always felt like they were well received and understood, especially "The Killer."

I hope the same goes for this one, especially in L.A., a city I really love, which this book is about.

I didn't have to translate the dialogue back to English because I wrote the first version of the script in English. James' dialogue is so fantastic that I made it my goal to use as much of it as possible. I think 90% of the dialogue in the graphic novel come from the novel, untampered with.

James is a true genius when it comes to style, and to crafting voices and dialogue for his characters. So why change it when I can use the real thing? All I had to do was send Boom! the script that I first wrote in English, and here we are! 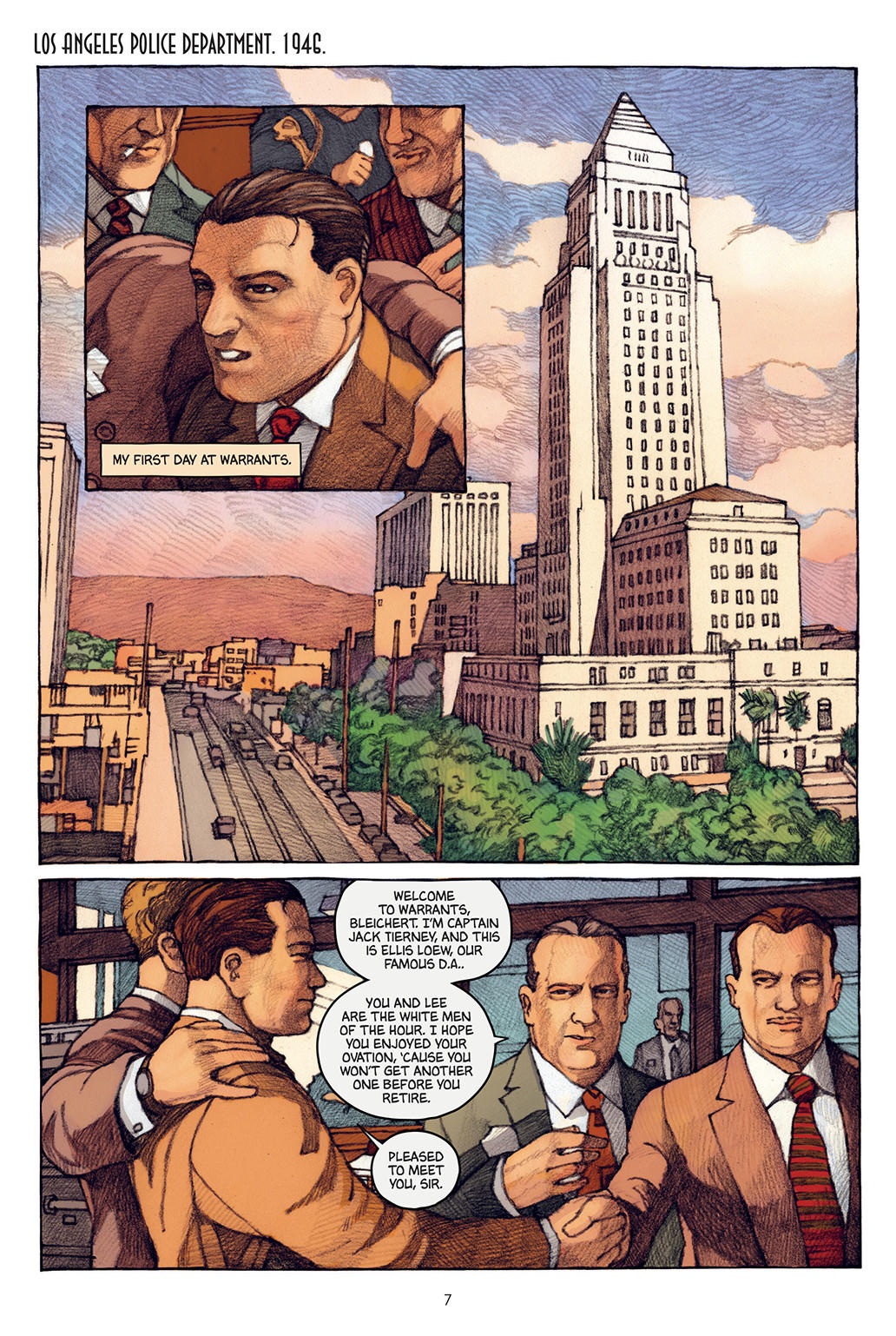 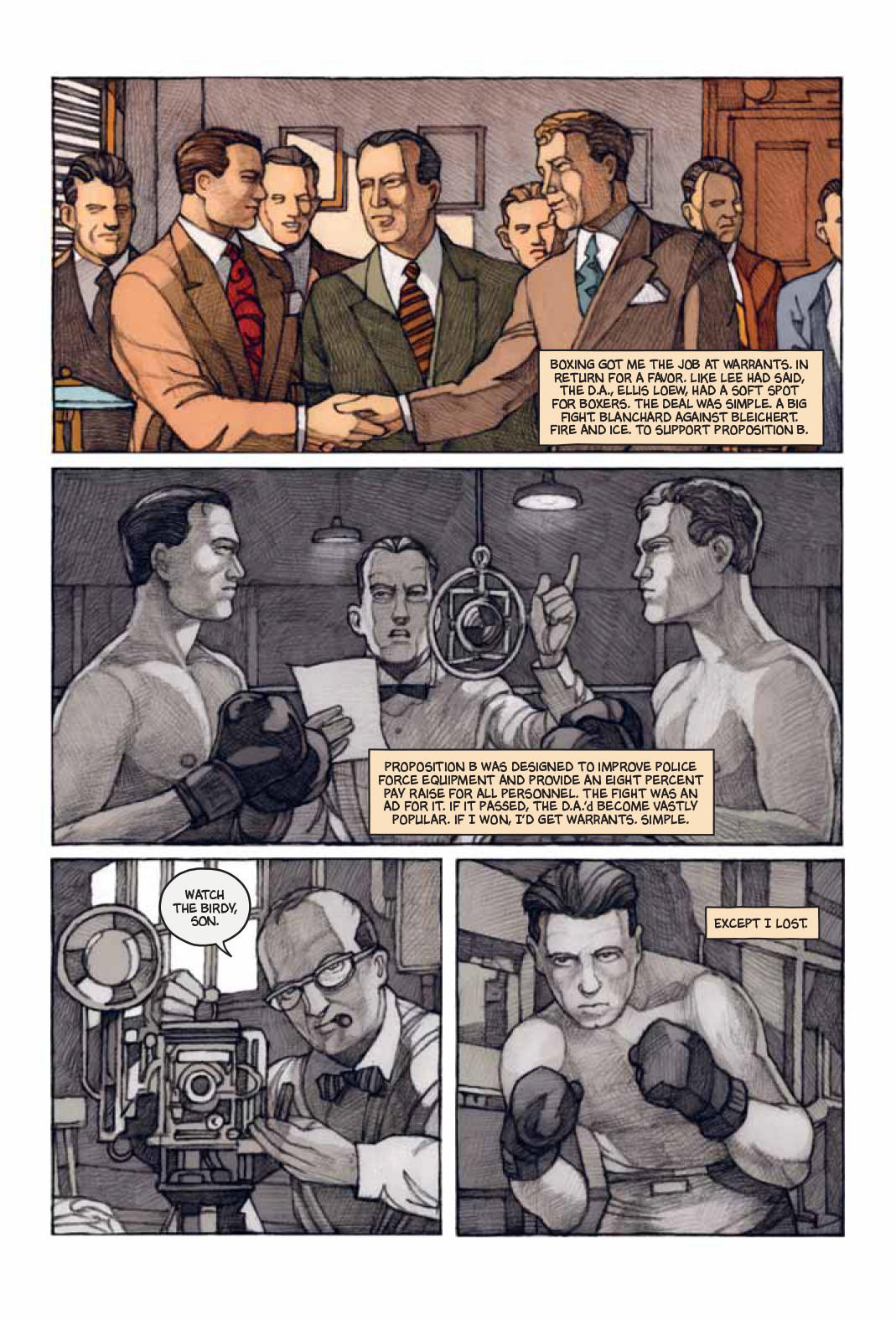 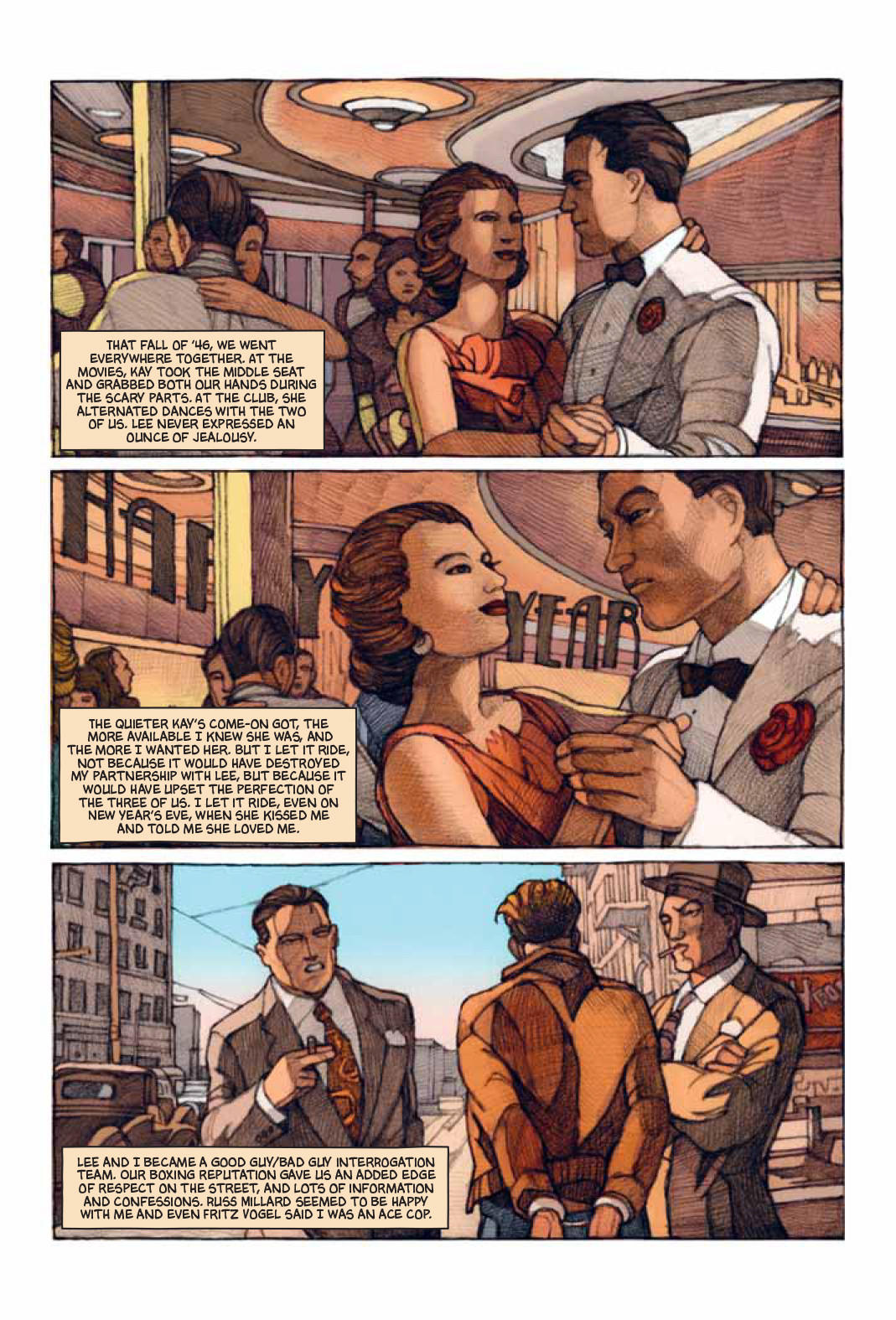 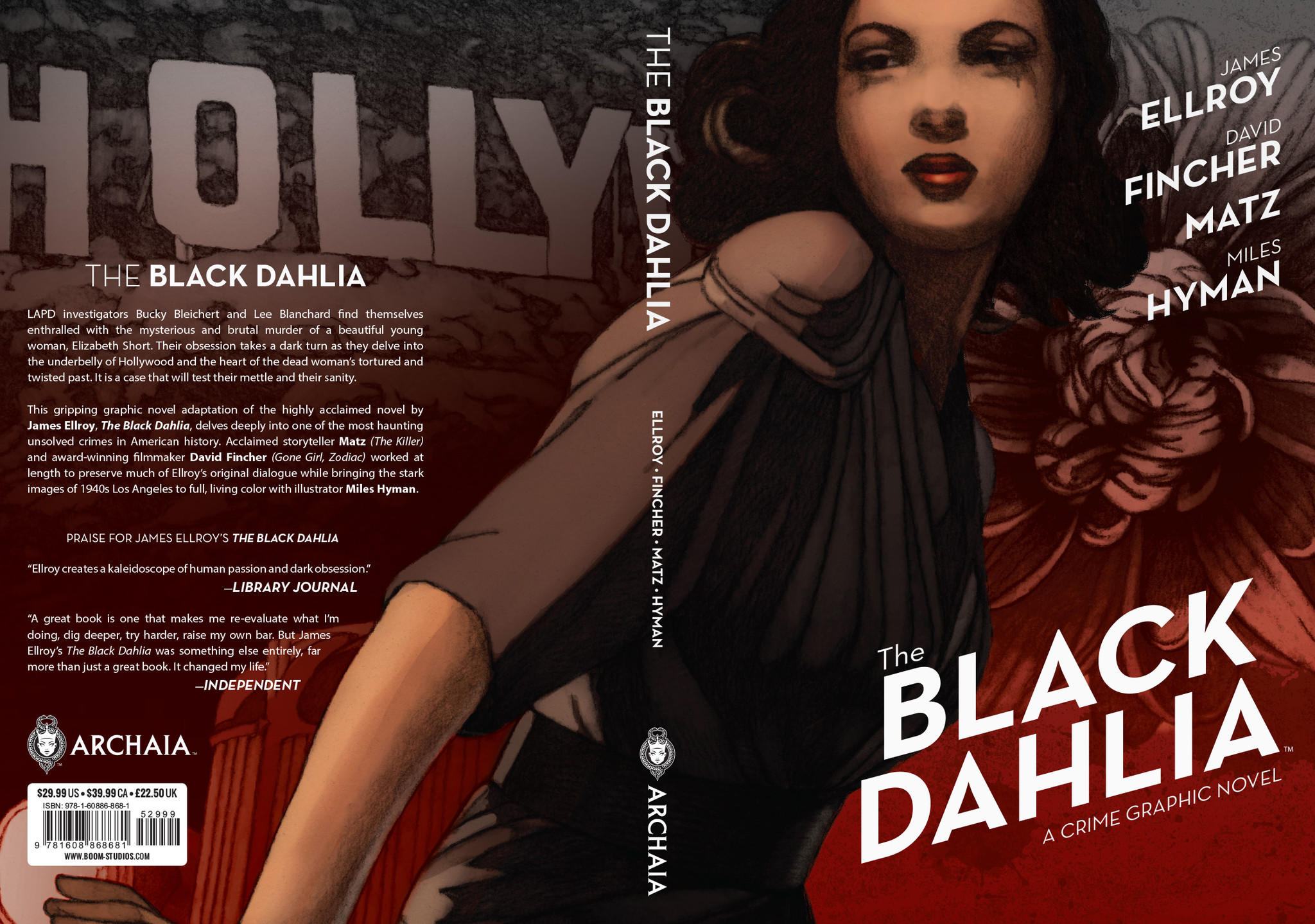 The Pink Ranger is getting her own comic book series