In “Straight Outta Compton,” the biopic that follows the rise and fall of Los Angeles rap icon N.W.A, there’s a scene that might fly under the radar of all but longtime L.A. residents. A few minutes into the film, Dr. Dre brings the N.W.A crew to perform at a skating rink called Skateland, where the group is shocked to realize that the entire crowd already knows the lyrics to their songs. 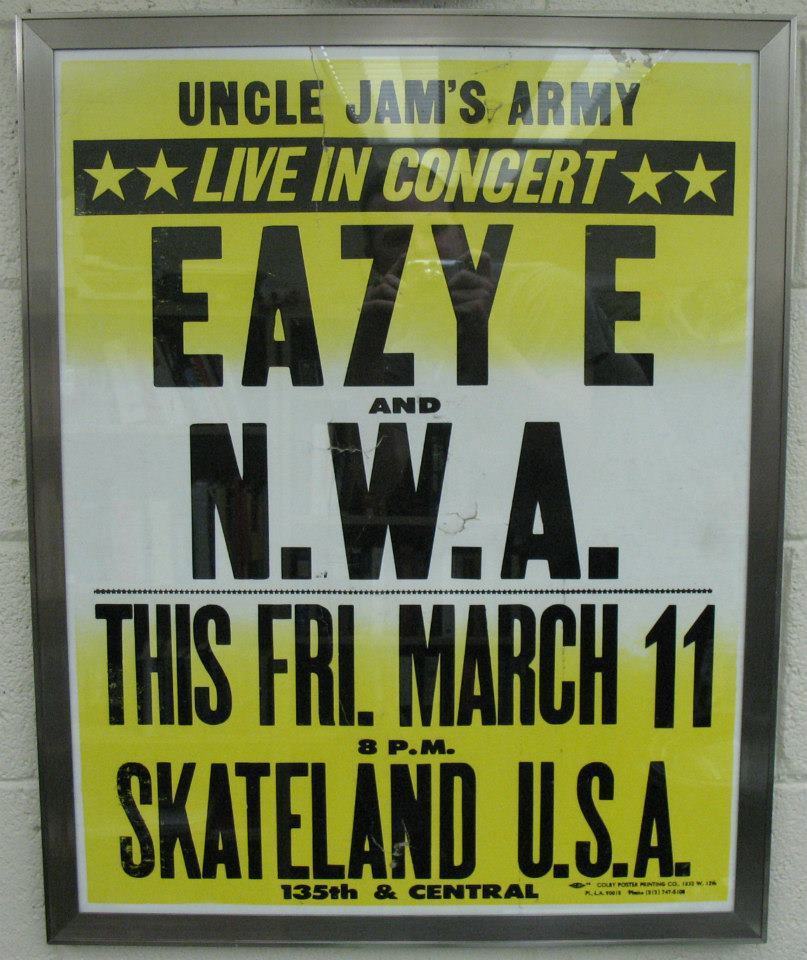 A poster from the night discussed in the podcast. (Courtesy Craig Schweisinger .)

But if you go to the theater in South L.A., you just might hear cheers when that scene comes on. Skateland was a legendary institution. When KDAY-FM first started up it would broadcast live from Skateland, and for young black kids it was a safe place to party and see your favorite artists. The Compton roller rink hosted early rap royalty – including Eric B and Rakim, Queen Latifah and New Edition. It was also one of only a few places where you could hear gritty songs like Toddy Tee’s “Batterram,” an early rap indictment of police brutality that predates “F– tha Police” by a few years.

And the venue helped to launch the careers of a group of kids still going by the name Eazy-E and N.W.A, who hadn’t quite perfected their routine. Not bad for a venue run by Craig Schweisinger, a “38-year-old white guy from Torrance” who grew up on the Beach Boys, as he is described by a historian. 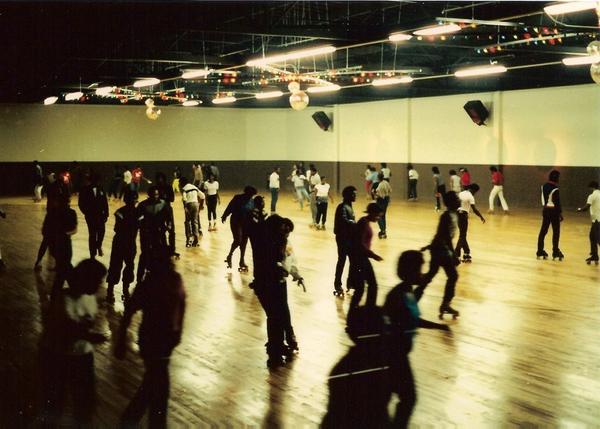 Skateland, before opening. The hard maple floor cost $47,000. This was before the Pepsi, obviously. (Courtesy Craig Schweisinger.)

But how accurate was the movie scene? Sam Sweet, an independent scholar and historian who has written (among other things) a history of Skateland in his “All Night Menu” book series, has the answers.

This interview gives a glimpse into a piece of South L.A. culture and history that the movie only glosses over. You’ll find out why kids flocked to the rink, what Skateland had in common with the Apollo, and why Sweet isn’t sad that there is no museum to commemorate this part of history.

By the way, if you want to do your own comparison, you can listen to a recording of what sounds like the inspiration for that movie scene – and the subject of the podcast. Here’s a tape of the whole crew performing an oddly squeaky-clean version of “Boyz-n-the-hood” at Skateland.

Follow me @dexdigi for more on the intersection of culture and the Internet.

Why Dr. Dre’s ‘Compton’ is not a post-Ferguson album, and how it asserts the dominance of L.A. hip-hop

Highlights of The Times’ early coverage of N.W.A