Mike Nichols, on working with the greats

In 2010, Mike Nichols talked about working with cinematic greats such as Julia Roberts, Meryl Streep and Dustin Hoffman.

In 2010, on the eve of being honored by the American Film Institute with its Life Achievement Award, Mike Nichols shared memories of some of the actors he directed. 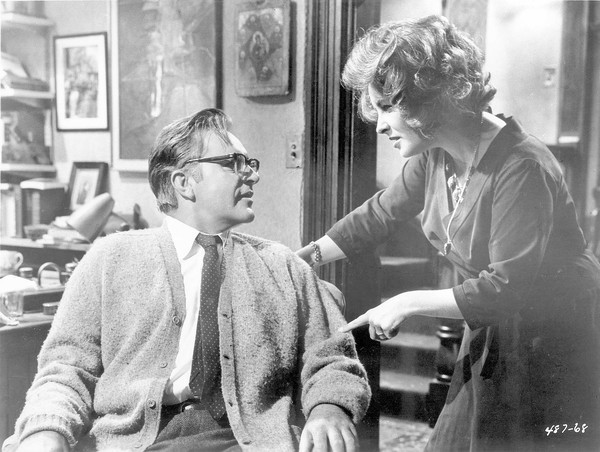 ON DIRECTING ELIZABETH TAYLOR TO A BEST ACTRESS OSCAR IN ‘WHO’S AFRAID OF VIRGINIA WOOLF?’ (1966) “She understood, since she had been doing it since she was 4 years old, what movie acting was, and she had that kind of secret deal with the lab that, overnight in the bath, what we had seen her do on the set was about three times better [on screen]. And Richard Burton studied her, fascinated about what she knew about the camera, the light, the makeup and the costumes, and what to trust to them and what to do yourself. She was a true film actress and there was a lot to learn from her.” 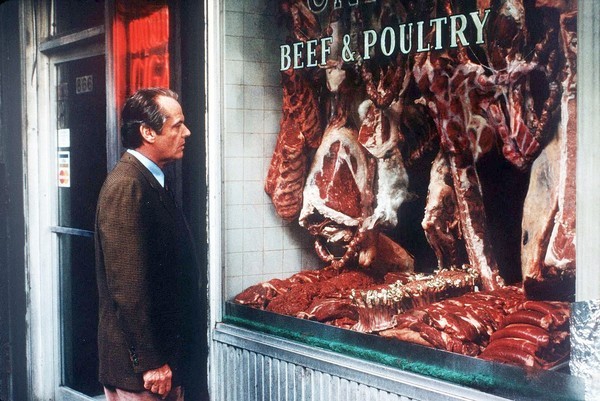 ON DIRECTING JACK NICHOLSON IN ‘CARNAL KNOWLEDGE’ (1971), ‘THE FORTUNE’ (1975), ‘HEARTBURN’ (1985) AND WOLF’ (1994) “It is a joy, it’s a wonder. I learned from him that if you are connected to everyone on the set and the crew, you just let it lift you. He was so lovable with everyone and so funny. When he had to do a nude scene, he had everybody rolling around laughing.” 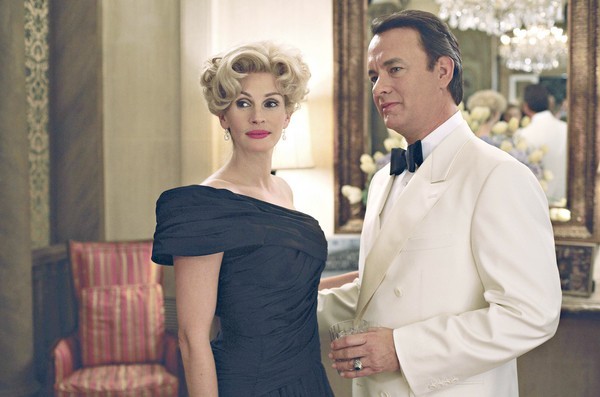 ON DIRECTING JULIA ROBERTS IN ‘CLOSER’ (2004) AND ‘CHARLIE WILSON’S WAR’ (2007) “She is the ideal actress. She is so beautiful and so alive. She knows what she’s doing. Yet there are things that nobody understands. In ‘Closer,’ there was part of one difficult scene for us, where she tells Clive Owen that she’s leaving him. There’s a moment in the scene where he discovers she’s had sex with the other guy in their apartment on this sofa and she would blush with embarrassment and shame — and she would do it in every take. The great ones like Julia and Meryl somehow manage to live in the scenes and believe the things that are happening in the scene.” 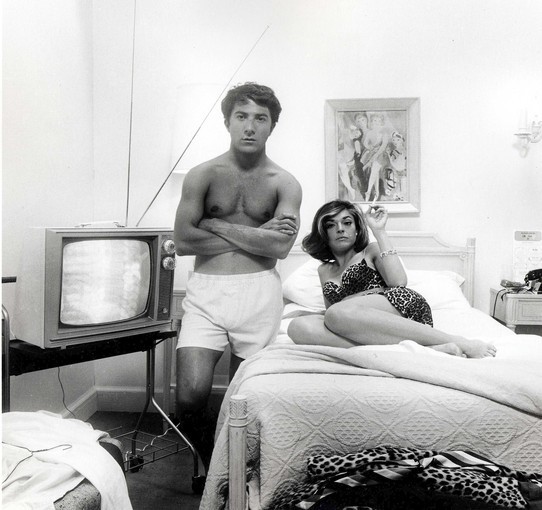 ON DIRECTING DUSTIN HOFFMAN TO A BEST ACTOR OSCAR IN ‘THE GRADUATE’ (1967) “He has said he never knew if I was pleased or not. I don’t know how he didn’t know it. I had to eat several handkerchiefs during many takes so I wouldn’t spoil them by laughing. I remember specifically that scene when Mr. Robinson’s arm was around his shoulder asking him about the girls and Dustin keeps making that little whimpering sound, which I gave him. I told him when I first met producer Jack Warner, who tells a terrible joke every 45 seconds, somebody said to me, ‘You have to stop doing that.’ I said, ‘Doing what?’ ‘You whimper every time he tells a bad joke.’ And Dustin used that. I remember one take when I said, ‘Cut,’ he said, ‘Oh, God, this is so much fun.’ He is so enormously gifted. You can’t see him doing anything much, he is just alive, hilarious and touching.” 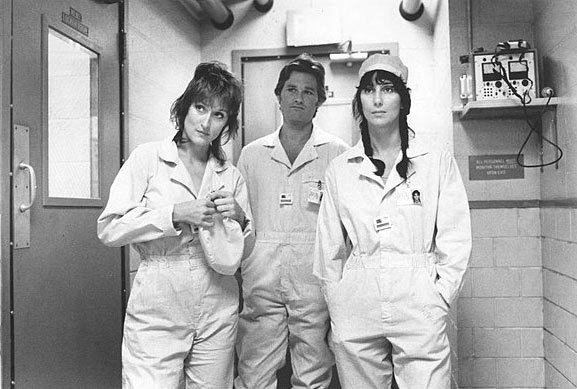 ON DIRECTING MERYL STREEP TO BEST ACTRESS OSCAR NOMINATIONS FOR ‘SILKWOOD’ (1983) AND ‘POSTCARDS FROM THE EDGE’ (1990), TO AN EMMY IN ‘ANGELS IN AMERICA’ (2003), AND IN ‘HEARTBURN’ (1985) “Meryl can be anyone. Nobody understands what she does and how she does it. It’s great to be near her and to be part of it; it’s great to see her happen. The thing I always say is that she’s never lost an iota of the joy of doing it.” 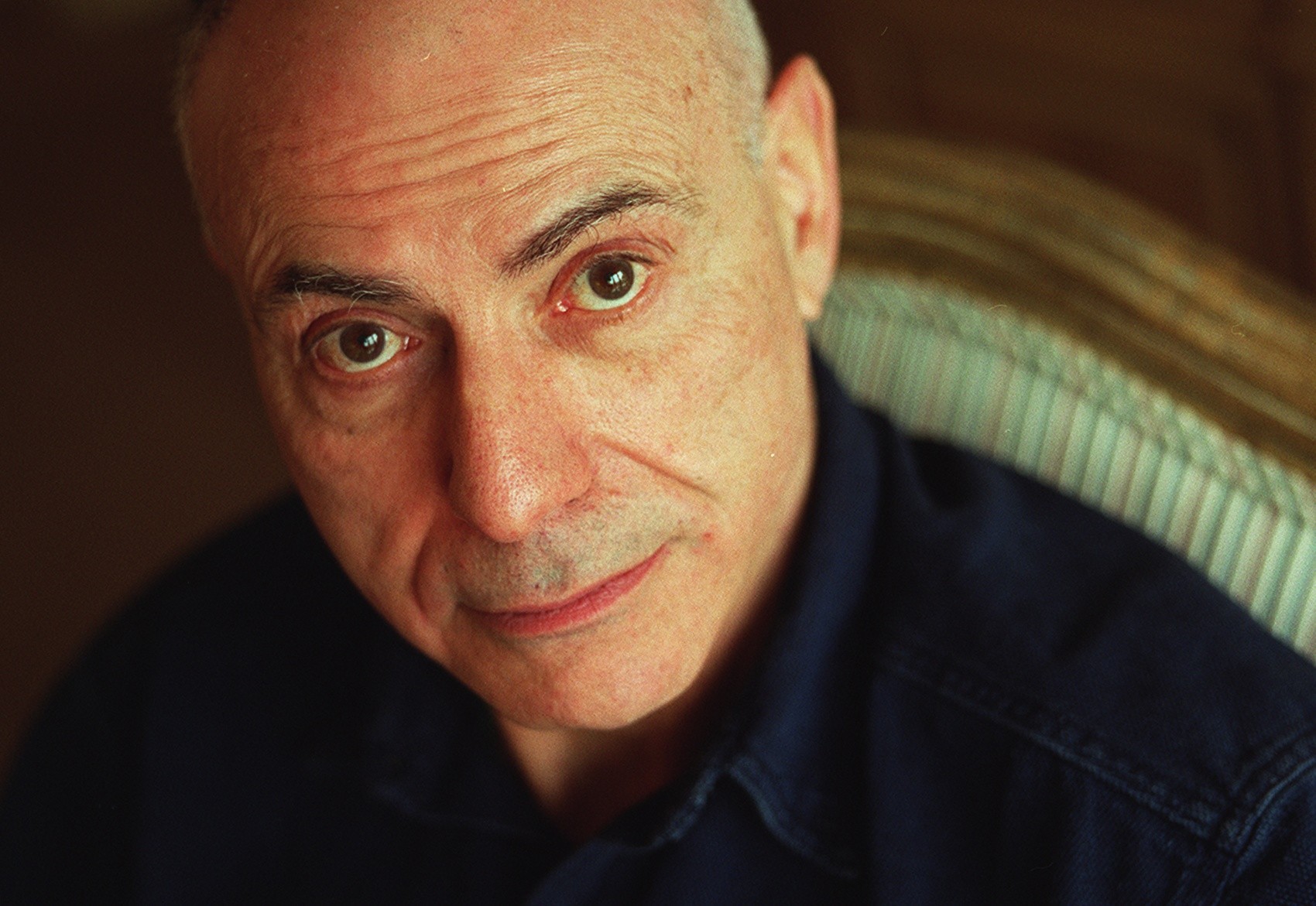 ON DIRECTING ALAN ARKIN ON BROADWAY IN ‘LUV’ (1964) AND IN THE FILM ‘CATCH-22' (1970) “He’s unique. He invented not acting. It was so long ago that he didn’t act! That is to say, there he is and he’s not doing anything you can perceive. But he’s hilarious and true, but you trust him. He’s a great actor and he’s as funny as it gets, but he’s completely different from everyone else.” 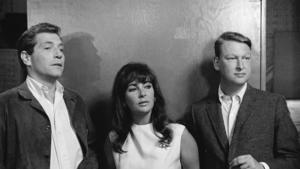 Mike Nichols, groundbreaking director of ‘The Graduate,’ dies at age 83. 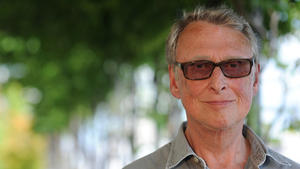 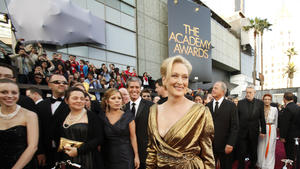