What did Prince mean to you? 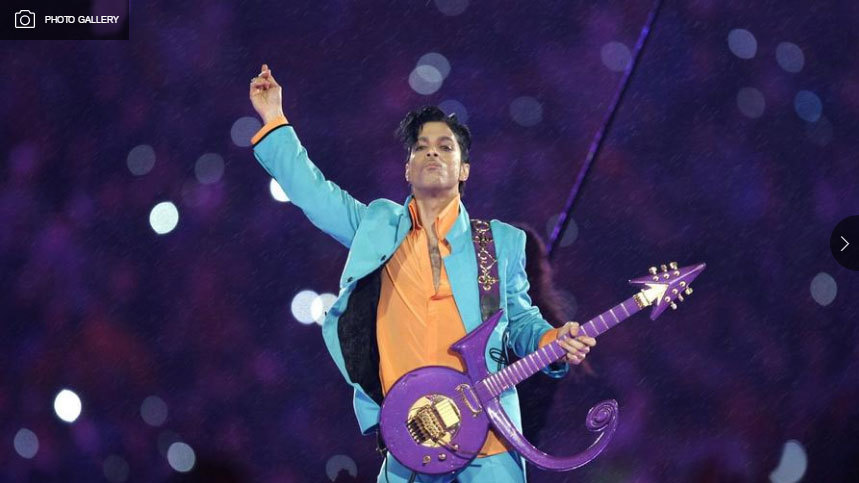 This is what it sounds like when doves cry.

His music was the score for the screenplay of many of our lives. These words now come flowing with a greater poignancy: “This is what it sounds like when doves cry” and “I only want to see you laughing in the purple rain.”

Today, we mourn together. Share your memories and thoughts in the comments below or on our Facebook page. What has the artist – his movies, music and magnetic personality – meant to you?

Nobody has married music and fashion as #Prince did with Versace. Prince was a genius, most of all my friend. Love you, miss you - @donatella_versace A photo posted by Versace (@versace_official) on Apr 21, 2016 at 10:47am PDT

A Prince Among Men I don’t even know what words are. . . When I was in college I had 2 friends who were obsessed with Prince. They’d been to concerts, had his albums, sang every word to his songs. I didn’t get it. I wasn’t into Prince. I knew a few songs but to me he was a li’l man in purple ruffles. I don’t like purple and hated ruffles. Then I moved to Los Angeles and for some ungodly reason I joined the pyramid scheme known as Columbia House CD Club and ordered 8 CD’s for a penny. I KNOW RIGHT?!?! That’s a steal! (It wasn’t. Google it.) One of the albums I got for 3/8 of a cent was Prince’s The Hits/The B Sides. It was a box set and it was a revelation I never saw coming. I was obsessed with that damn box set. How had I not been into music’s purple waif genius? Thanks to that pyramid scheme I was never NOT listening to it. It was my Hamilton Cast album at the time. I would drive around LA jobless while it blasted on my sound system. I drove an ’84 convertible Mustang at the time and would drive up and down Sunset Boulevard with my top down singing When Doves Cry Let’s Go Crazy 1999 Nothing Compares 2 U Diamonds and Pearls Delirious Little Red Corvette I Would Die 4 U Kiss Cream Purple Rain But my favorite to sing like I WROTE THAT SHIT was 7. I just knew that some Hollywood powerhouse would hear me in my raggedy ass car, recognize the raw talent and make my Hollywood dreams come true. Thank you Prince for being a part of my early starlet dreams . . . ¿¿¿¿¿¿¿¿¿¿¿¿¿¿¿¿¿¿¿¿ KISS, Yes, Oh Oh Oh, Ah. A photo posted by Retta (@unforettable) on Apr 21, 2016 at 11:06am PDT

Prince was one of those rare talents who could make your parents and grandparents dance while also making you feel like an invincible rebel.— lyndi city (@melyndamalley) April 21, 2016