We love bread pudding. That's why we're sharing nine of our favorite recipes. Whether you're a fan of the simple, custardy classic, or you like to dress it up with white chocolate, whiskey sauce, caramel and more, we have a bread pudding recipe that will please every sweet tooth. We even have a couple of savory options, because bread pudding shouldn't be limited to dessert. Click on the photos below for links to the recipes. 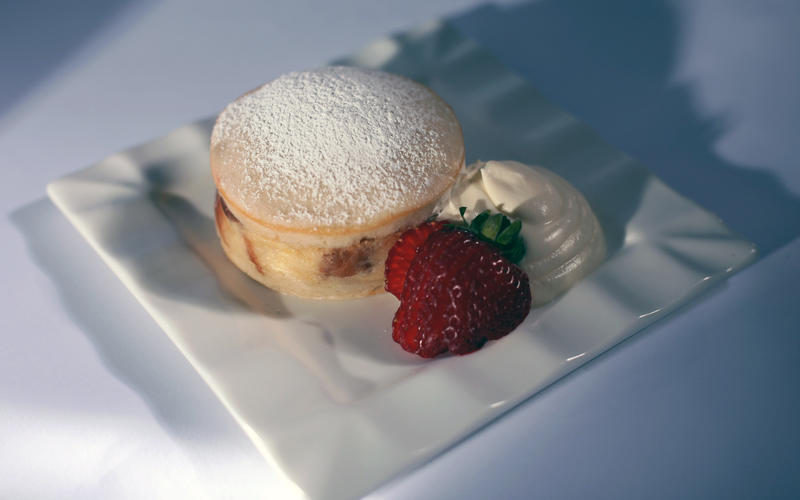 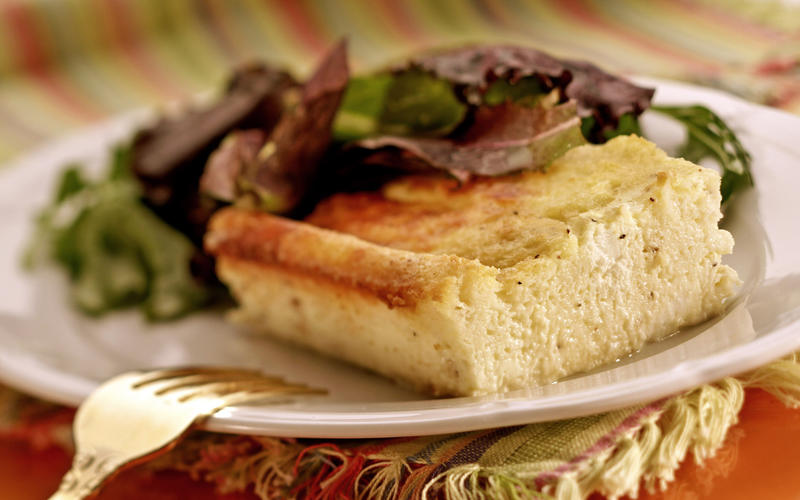 Nopa's savory take on this classic comfort food is wonderfully rich yet amazingly light in texture. Served alongside a simple salad, it makes the perfect meal. 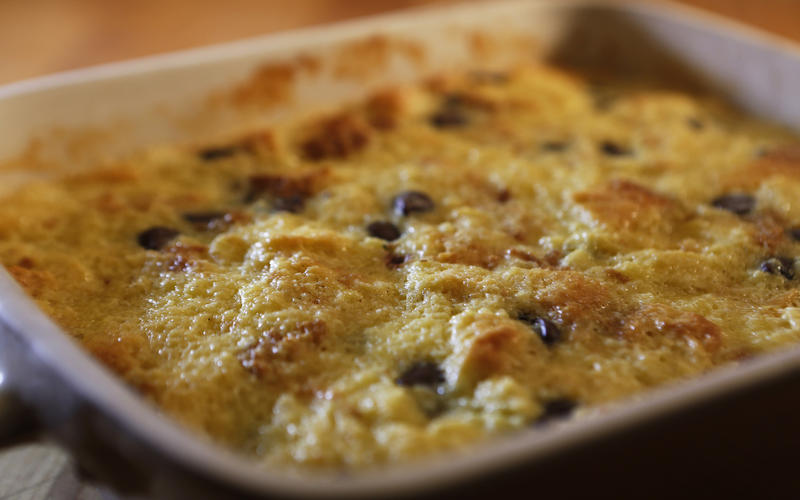 “If you find yourself in Michigan, you can find an amazing bread pudding at Edison's restaurant at the Marriott Dearborn Inn. 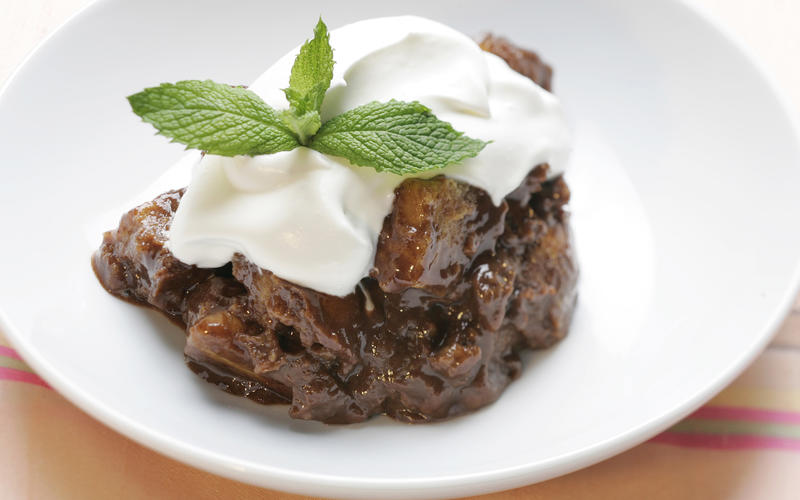 This bread pudding is rich with thick, almost pudding-like custard and deep chocolate flavor. Served warm, it's pure comfort on a plate. 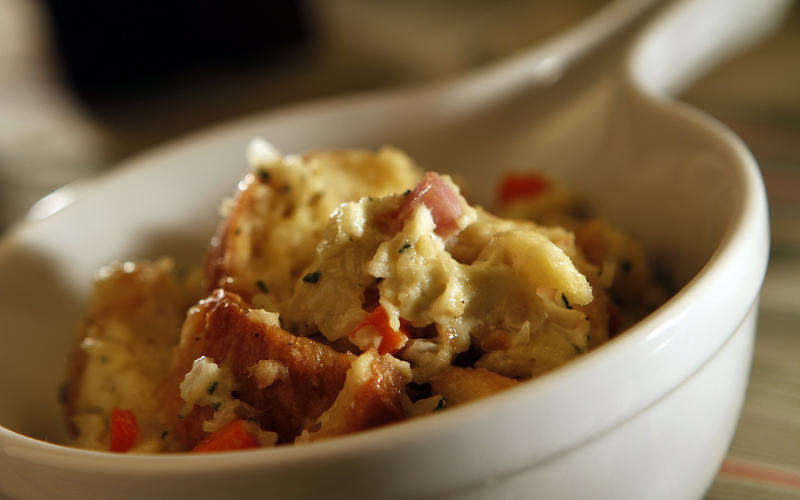 Executive chef Deepak Kaul shares Serpentine's recipe for savory bread pudding. He mentions that you can substitute whatever seasonal vegetables you like, and that the restaurant has used fall and summer squashes, sweet corn, fresh spring peas and wild nettles. The version we tested combines sweet carrots with smoky ham, and is scented with earthy sage and tied together with creamy Gruyere. 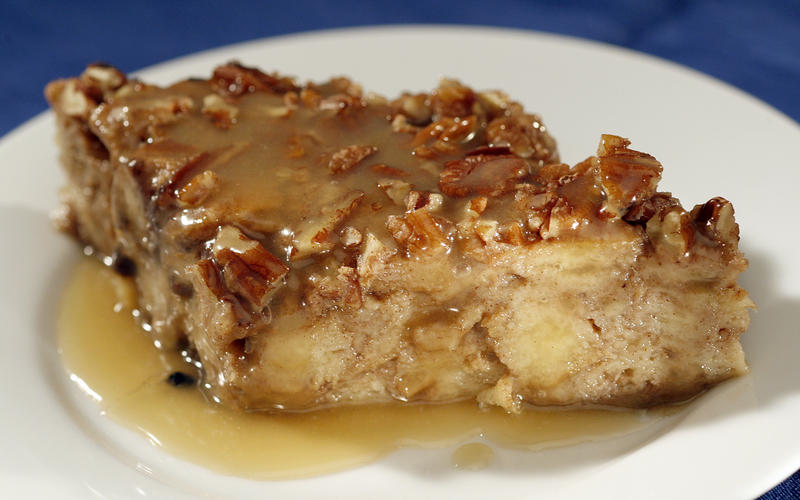 Unapologetically rich, Zea's dense sweet potato bread pudding has an almost cake-like texture, with a crunchy pecan topping. It's great on its own, but baptized with a thick, sweet rum sauce, it's downright inspired. 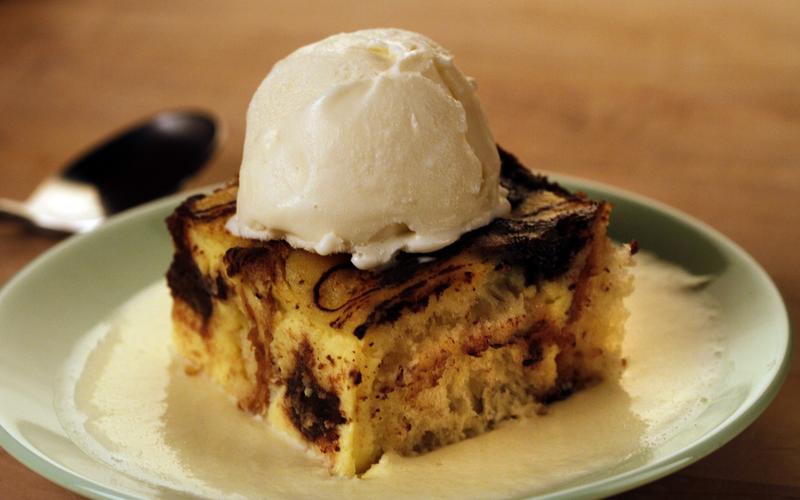 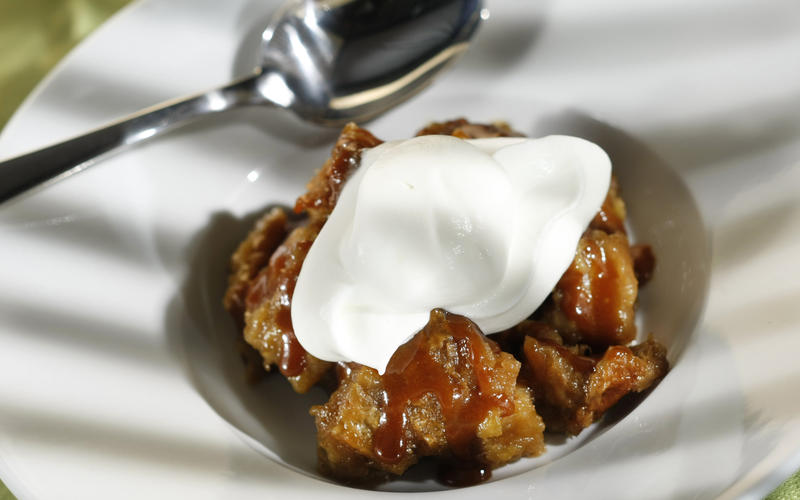 Cafe 14's take on bread pudding calls for croissants, which lend a soft, buttery texture to this classic comfort food. Rich caramel and crushed, ripened bananas are folded in before the pudding hits the oven. The resulting dish is a wonderfully rich play on flavors, at once looking like a classic bread pudding, but tasting almost like bananas Foster. We liked it even better after a quick trip under the broiler to crisp the top layer. 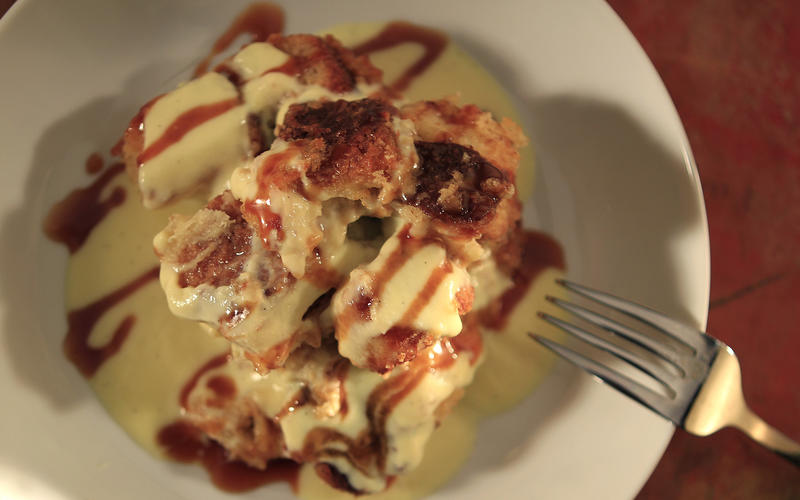 The downtown Los Angeles restaurant may be gone, but the bread pudding recipe lives on. Top it with a drizzle of rich caramel and creme anglaise and dig in.