Stoney Point Park has a tricky path to rocky views

This rocky landmark in Chatsworth is a worldwide draw for climbing enthusiasts. But it’s also a great place to take a walk while watching the climbers practice their art on small rocks at the base and sheer cliffs near the peak. 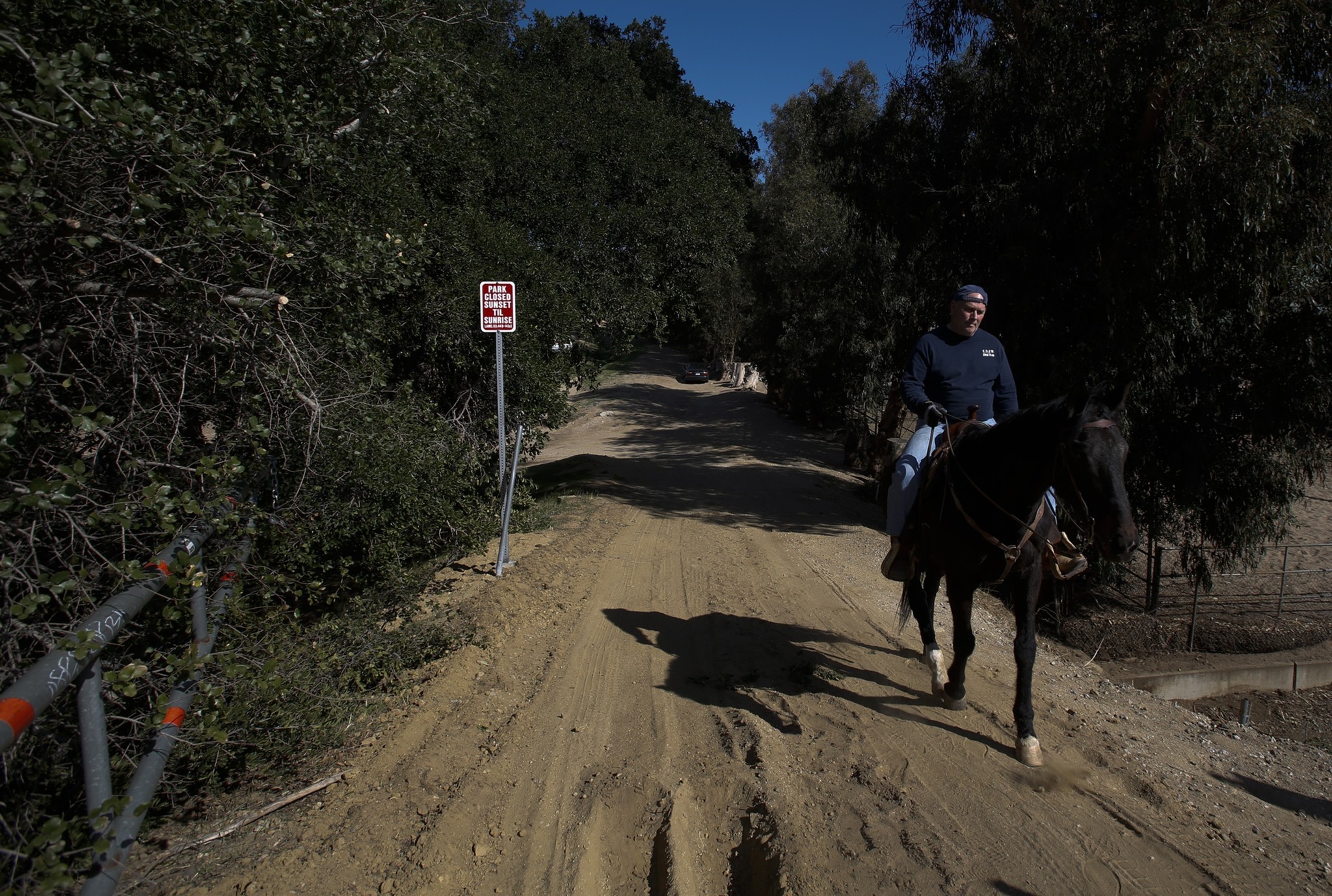 The entrance to the park is off Topanga Canyon Boulevard, starting at this steel gate uphill from horse stables. (Anne Cusack / Los Angeles Times)

Begin a counterclockwise tour of Stoney Point Park by entering the recreation area from Topanga Canyon Boulevard, near the steel gate just uphill from the horse stables. To your immediate left, you’ll see climbers and climbing teachers working out on some of the lower-elevation rocks. 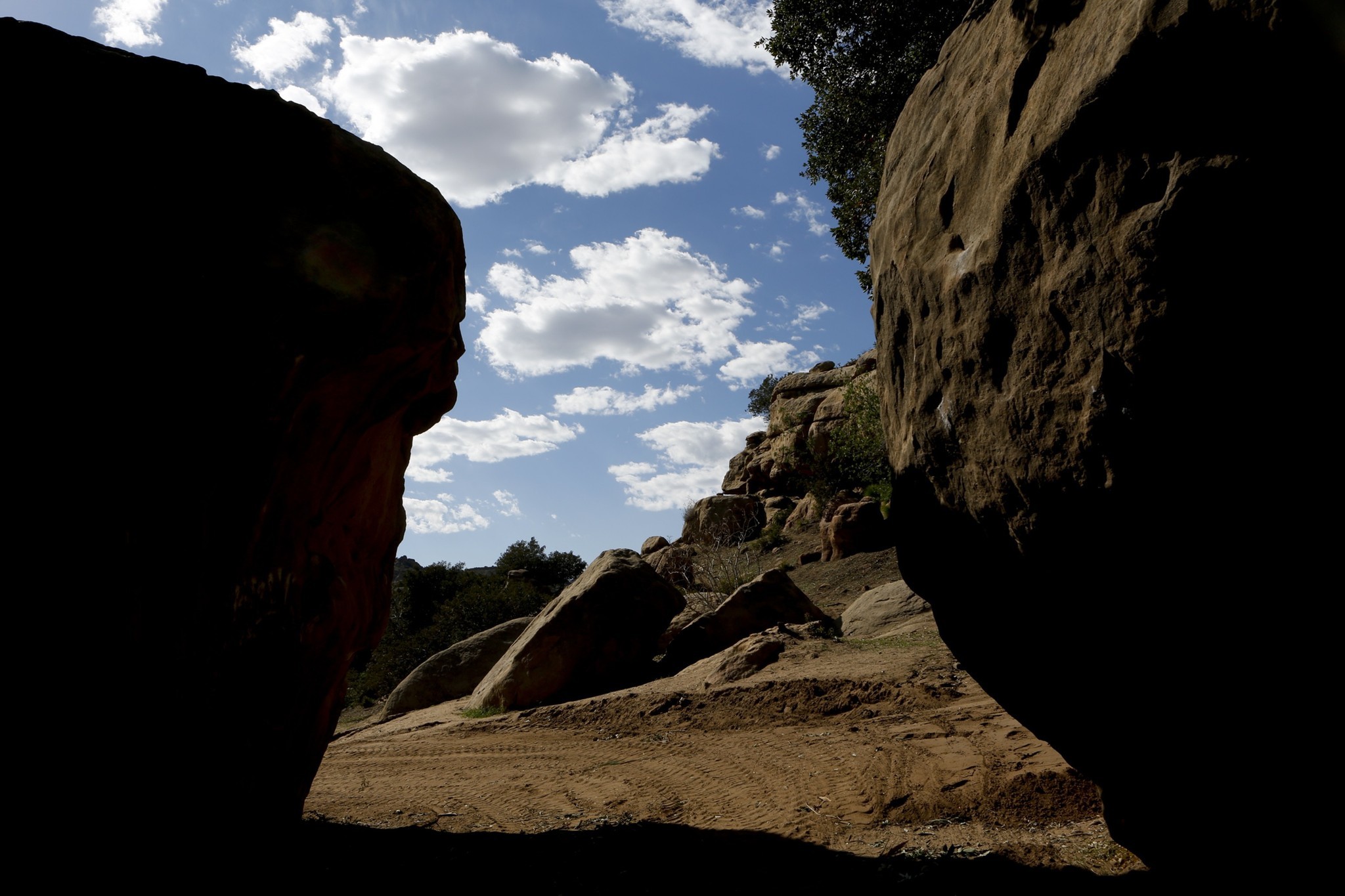 Multiple trails lead to the peak of the mountain and wind in different directions toward the top. (Anne Cusack / Los Angeles Times)

Circling around the back side of the massive rock escarpment, you’ll see multiple trails headed toward the peak. Take any one of them, being mindful of the tricky terrain as you climb. 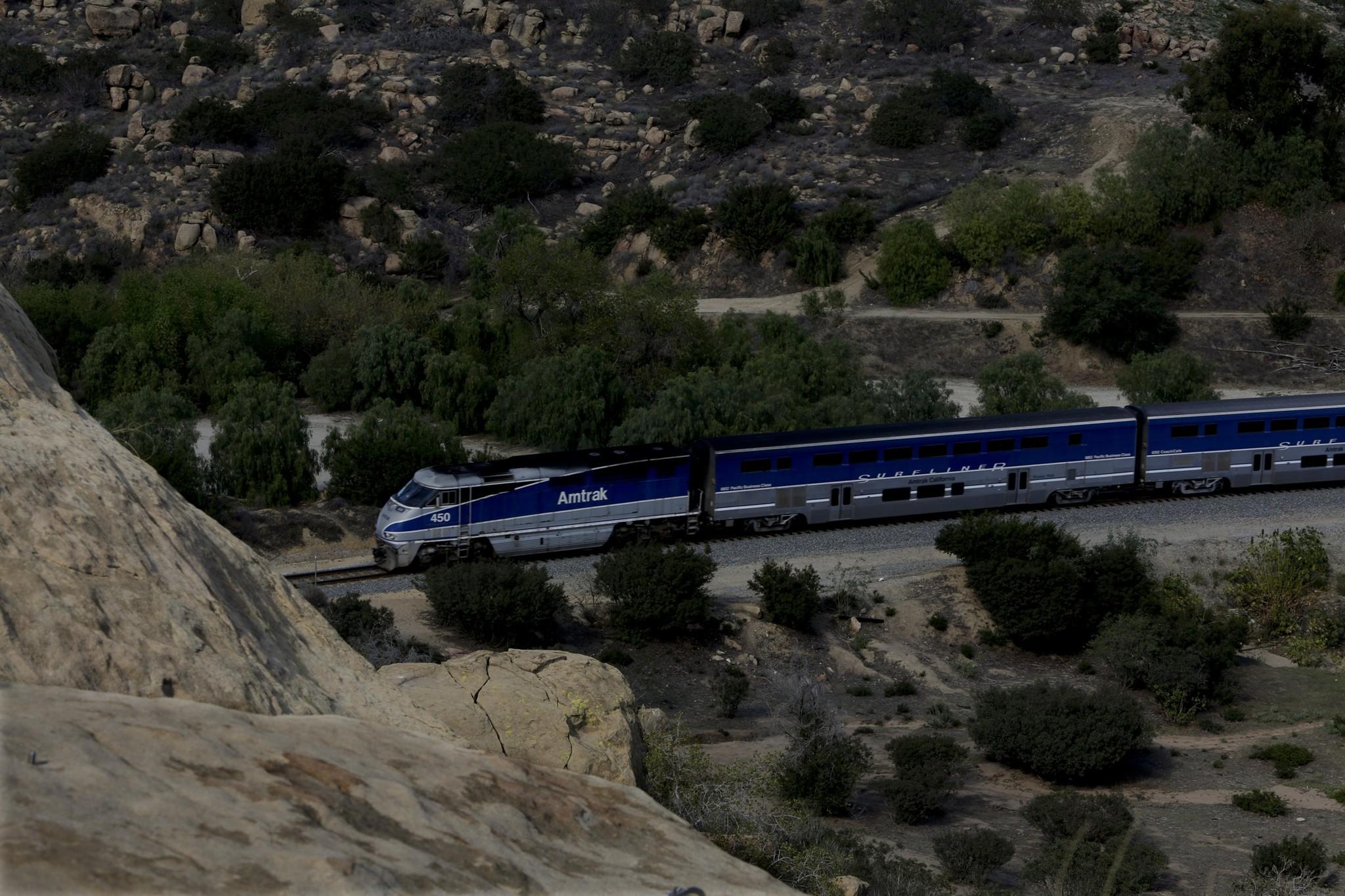 A rail and tunnel for Metrolink and Amtrak is near the trail for Stoney Point, with the Pacific Surfliner passing through periodically. (Anne Cusack / Los Angeles Times)

Near the trail, a rail line leads into a tunnel that carries Metrolink trains and Amtrak‘s famed Pacific Surfliner through Simi Valley toward Oxnard, Ventura and Santa Barbara.

Follow the contour of the mountain as the trail climbs toward Topanga Canyon Boulevard. 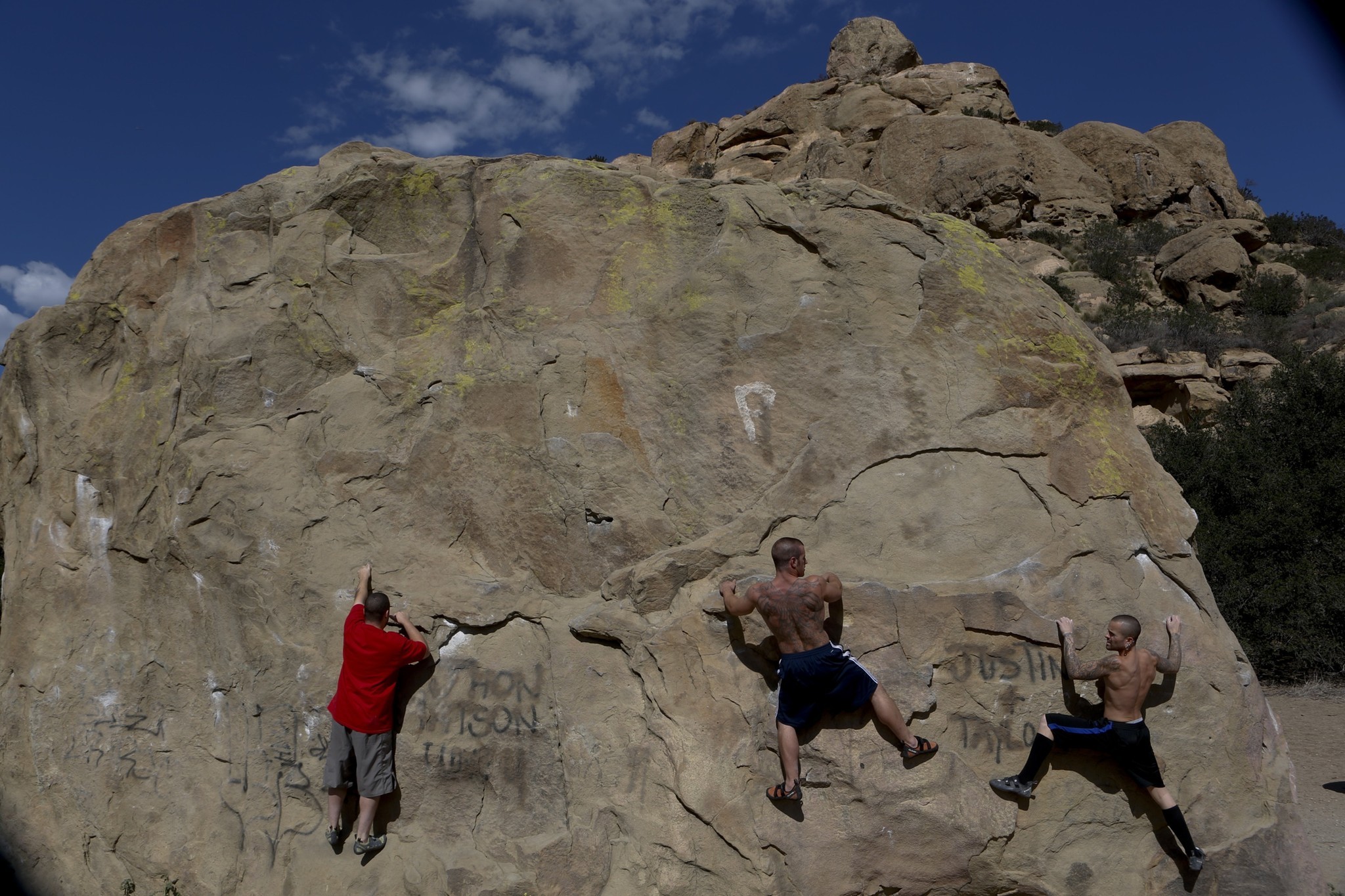 Walk downhill toward the starting point, stopping along here to watch the most adventurous of the climbers attempt the sheer face of Stoney Point.

Distance: 1 mile
Duration: 40 minutes
Difficulty: 2 on a scale of 1 to 5
Details: Ample street parking. Dogs on a leash are OK.