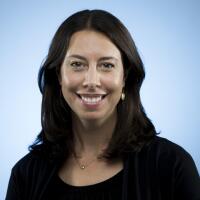 Katie Falkenberg is a former photo and video journalist for the Los Angeles Times. Raised in Ohio, she began her career in Washington, D.C., covering the White House and Capitol Hill. Falkenberg has been named Multimedia Photographer of the Year by Pictures of the Year International, as well as the National Press Photographers Assn. In 2017, she was a Pulitzer Prize finalist for feature photography for her photo essay, “Motherhood in the Time of Zika.” She has been the recipient of the Robert F. Kennedy award, and two of her short films have been named Official Honorees in the Webby Awards. When not working, she can be found surfing, fly-fishing or watercoloring.