Katrina by the numbers: A snapshot of calamity, despair and some hope

Ten years ago, the storm came, the levees broke and the city of New Orleans plunged into chaos and despair. The numbers below paint a snapshot of one of the most calamitous episodes in U.S. history. 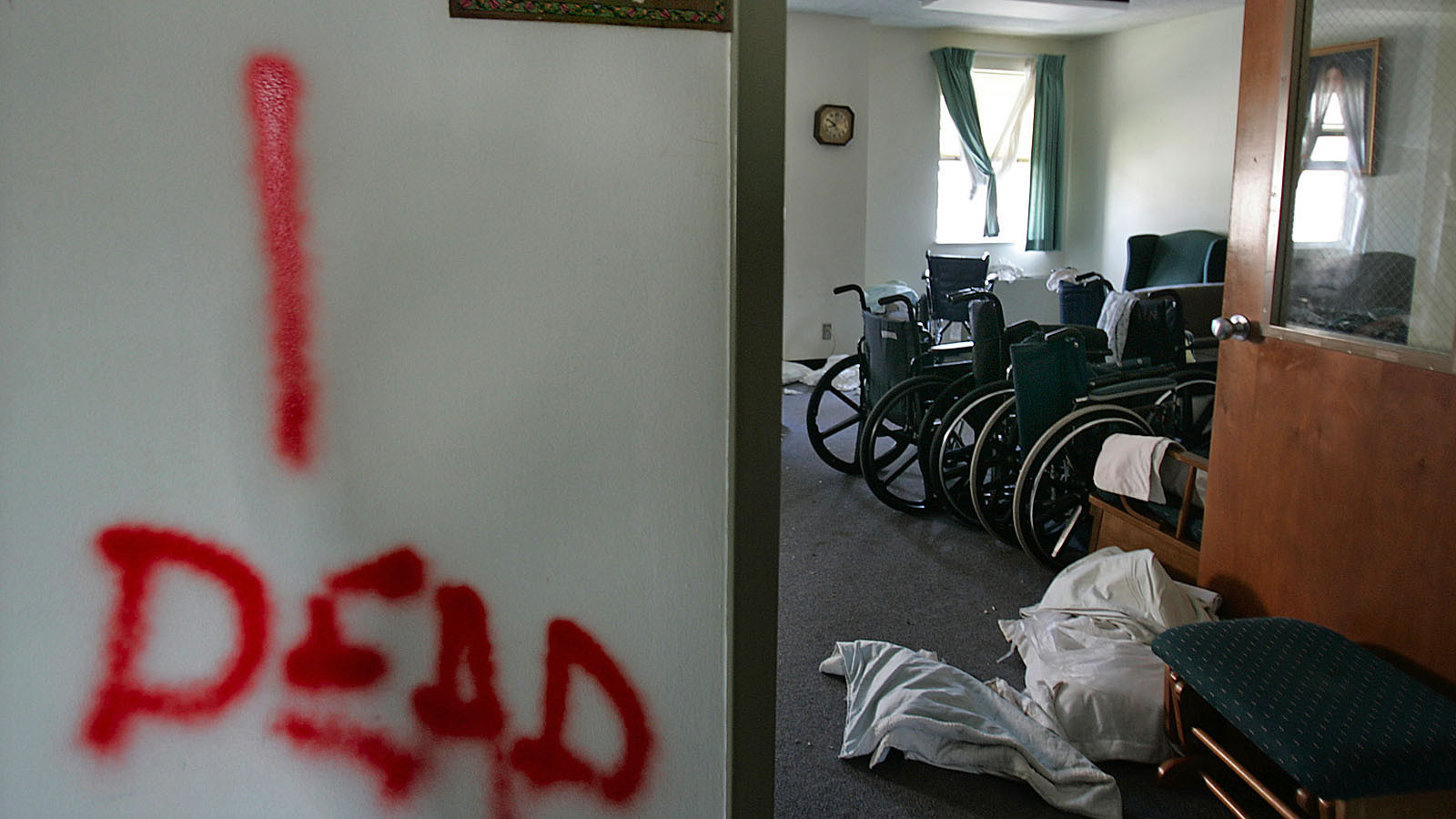 The Lafon Nursing Home of the Holy Family in New Orleans was the scene of 19 deaths. (Robert Gauthier / Los Angeles Times)

Number of deaths attributed to Hurricane Katrina, according to the U.S. Census Bureau. Many of the dead “were the poorer and older people,” New Orleans Coroner Frank Minyard said at the time. 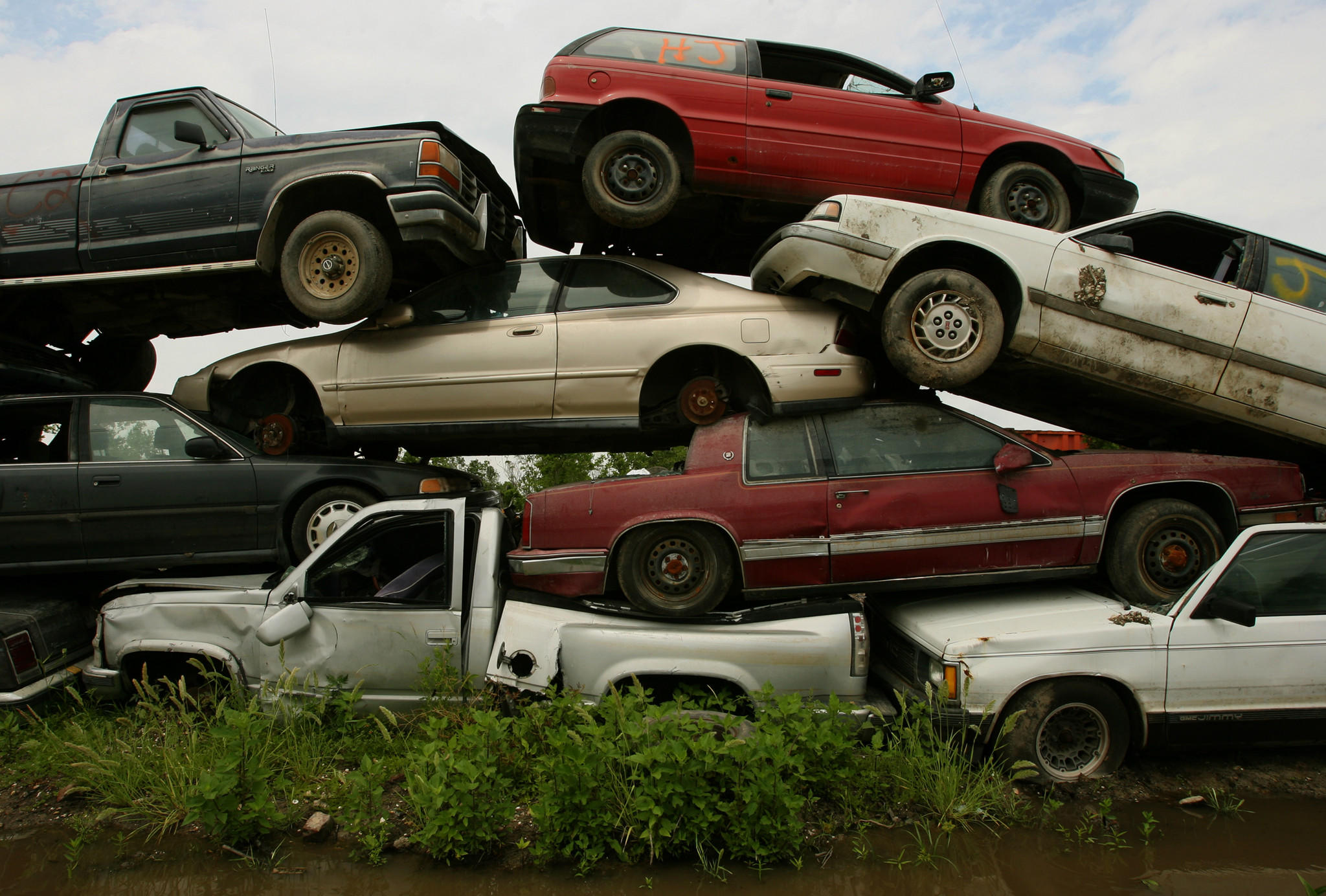 Thousands of cars were ruined and abandoned in the hurricane. This stack in the outskirts of New Orleans was still there more than eight months later. (Carolyn Cole / Los Angeles Times)

Estimated damage caused by Katrina, according to the U.S. Census Bureau. 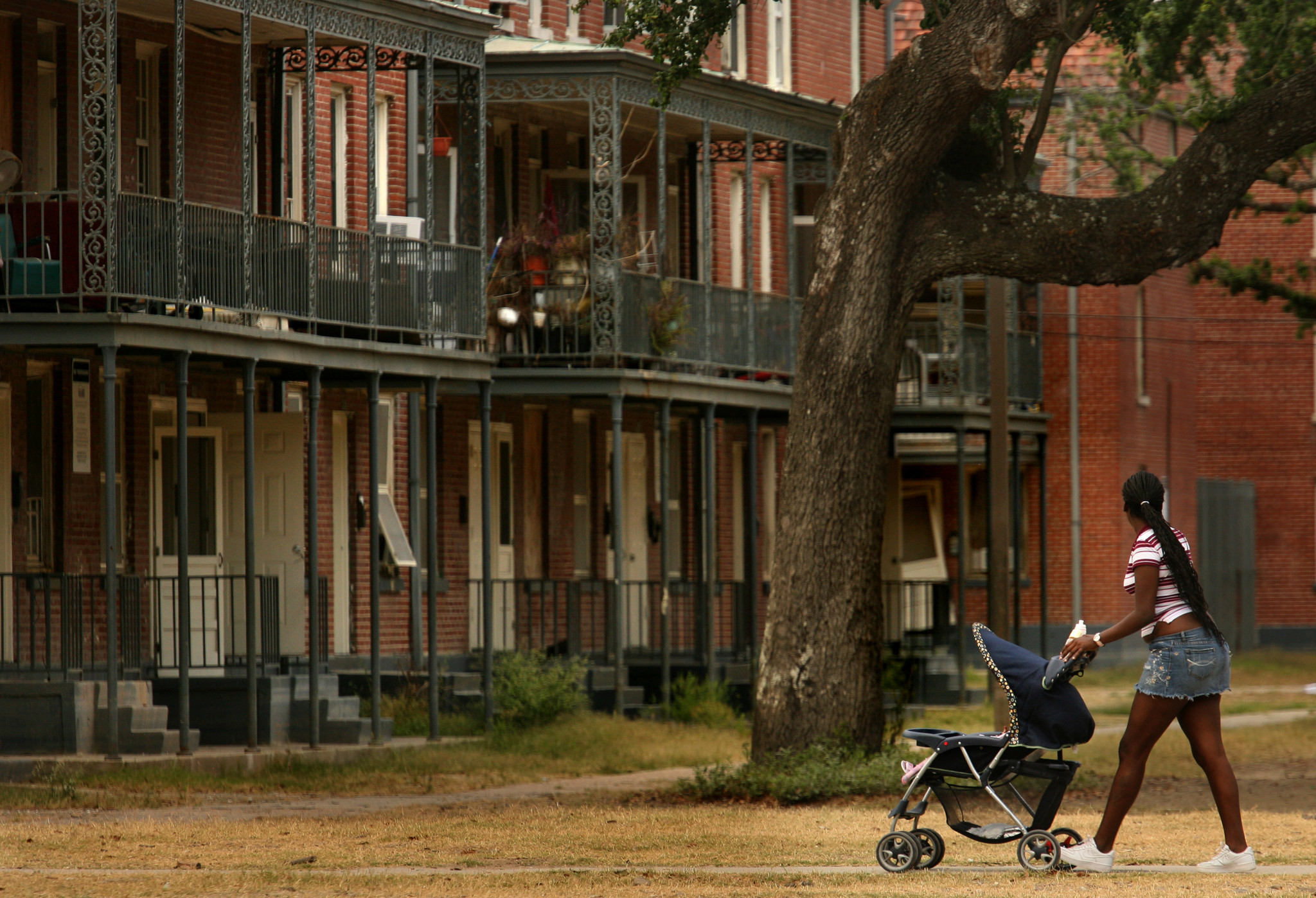 Decrease of New Orleans population from July 2005 to July 2006. Last year, New Orleans regained a spot in the nation’s top 50 most populous cities for the first time since Hurricane Katrina. 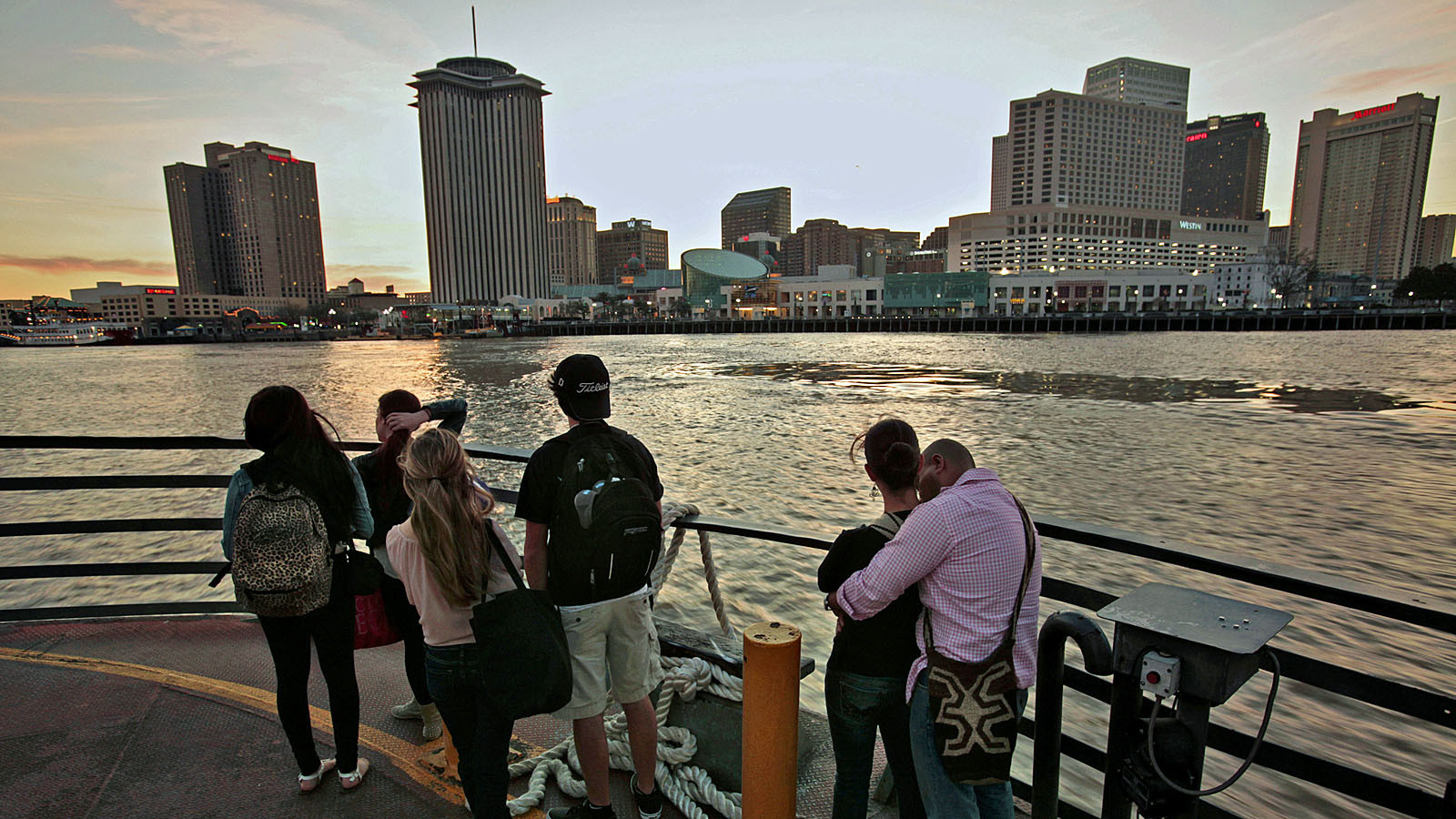 Percentage of current New Orleans residents who moved there after Hurricane Katrina, according to a report by LSU’s Public Policy Research Lab. 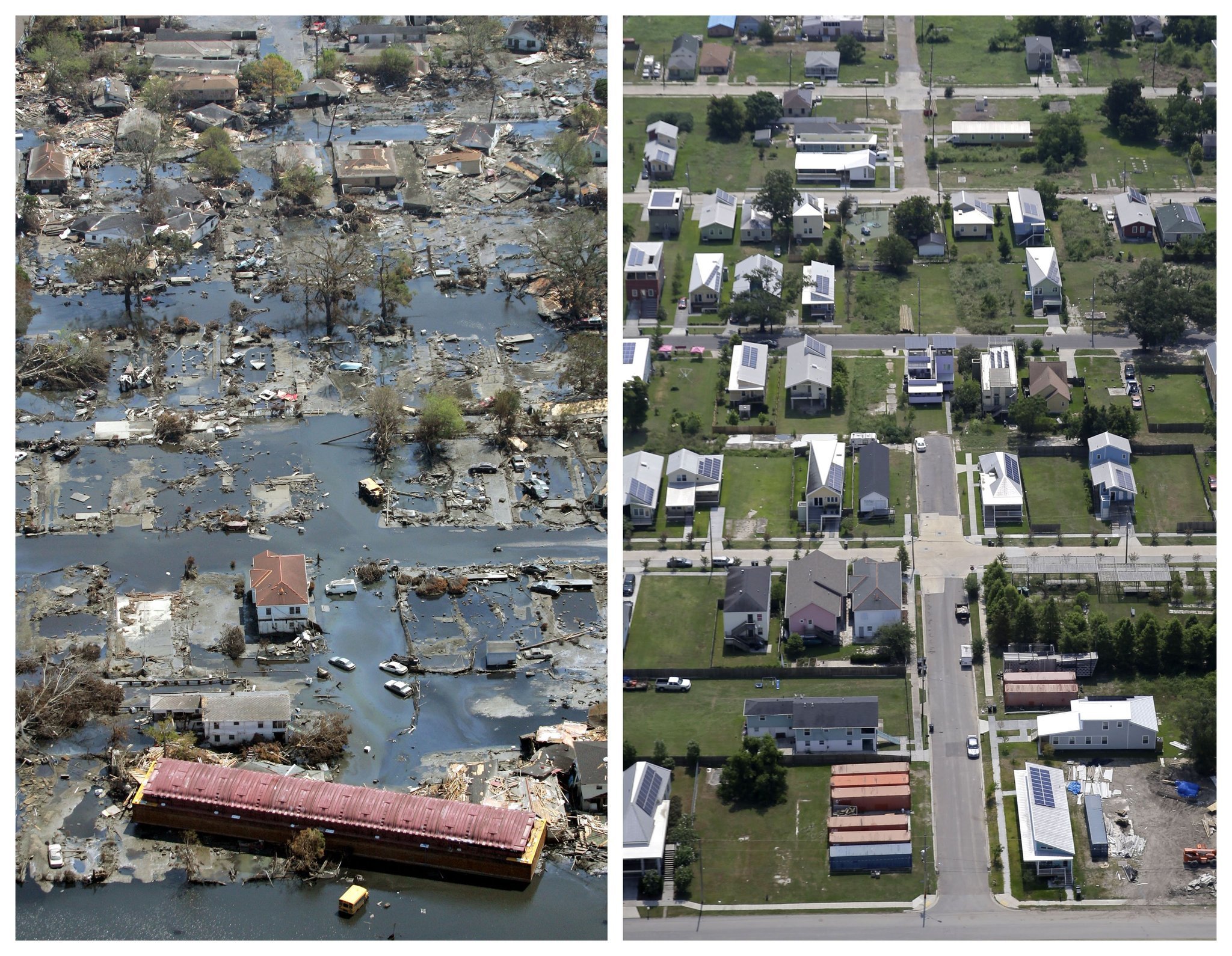 Percentage of black residents who say Louisiana has “mostly not recovered.” By contrast, 78% of white residents say the state has “mostly recovered,” according to LSU’s Public Policy Research Lab. 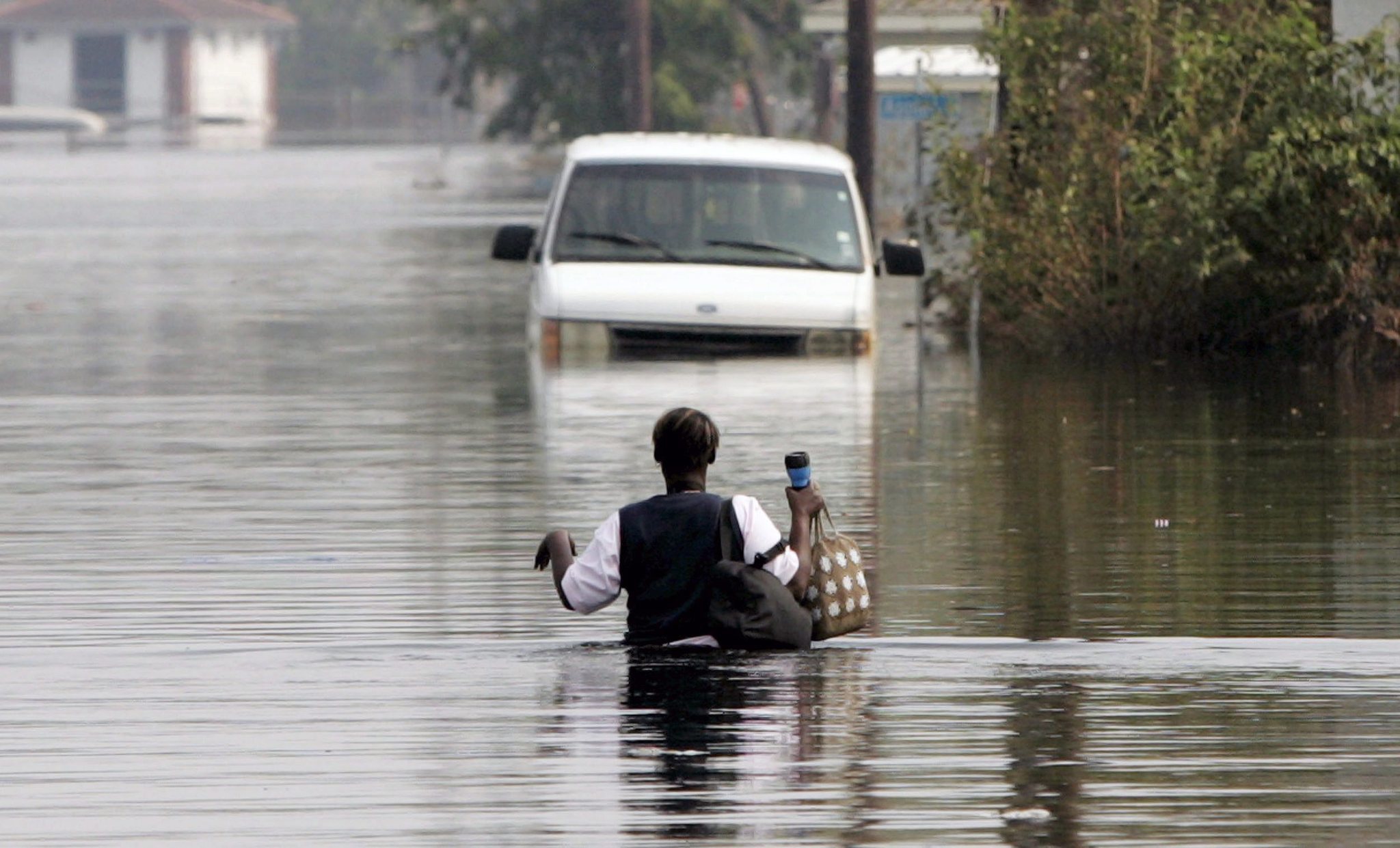 A woman returns to her New Orleans neighborhood by foot. (European Pressphoto Agency)

Percentage of New Orleans that was filled with water at the height of the flooding, according to a White House report. The water was up to 20 feet deep. 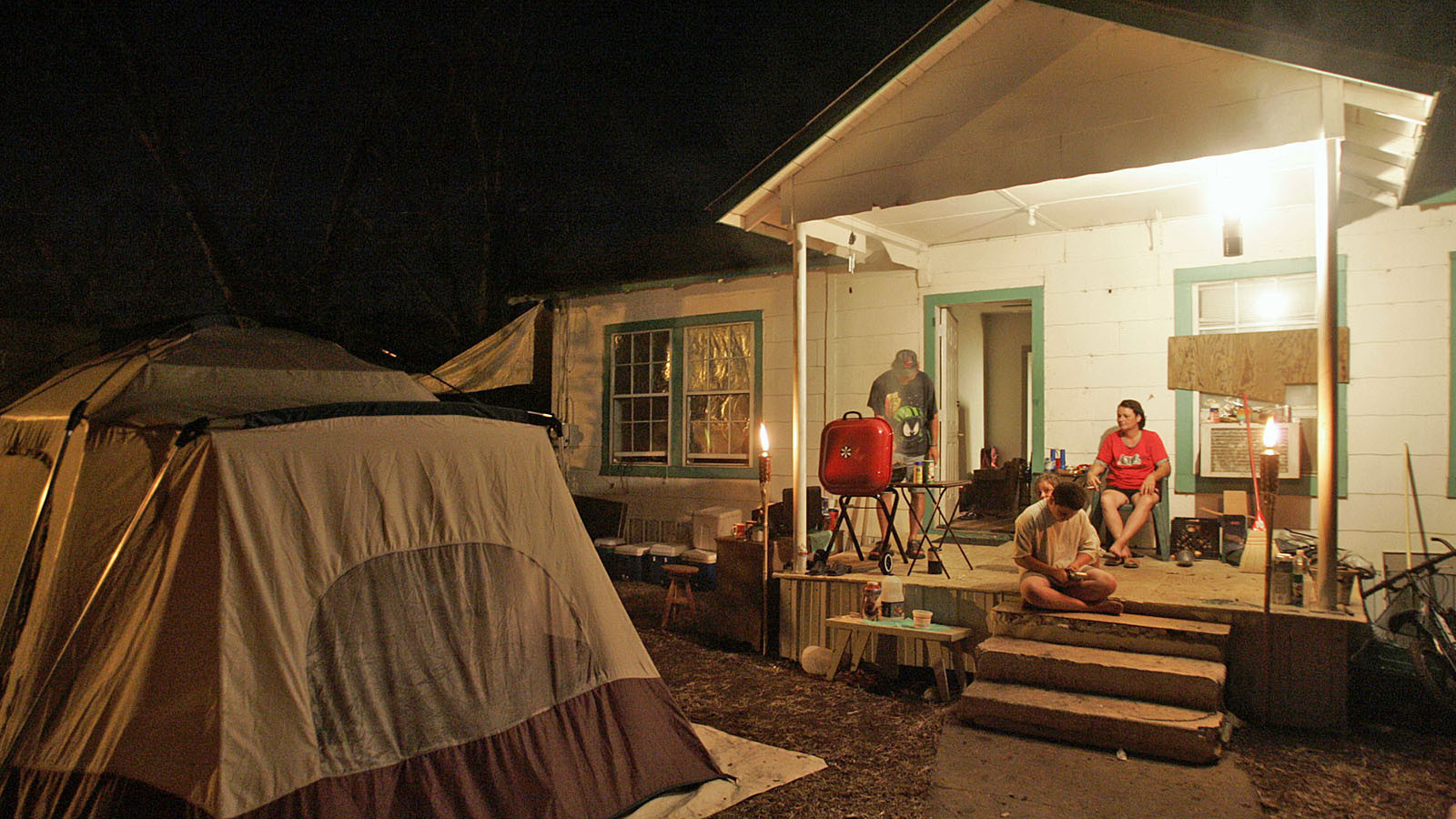 A family in Alabama uses a lantern and tiki torches for light as they wait for electricity. (Genaro Molina / Los Angeles Times)

Customers who reported power outages in Alabama, Louisiana and Mississippi, according to the White House report. The Department of Energy said there was “unprecedented damage.”