Will Ferrell goes to Newseum party, without Ron Burgundy

Will Ferrell minus the mustache. We haven’t seen much of that guy lately, but at Tuesday’s special event for “Anchorman: The Exhibit” at Washington’s Newseum, he made a rare appearance as himself.

But Ferrell, tireless lately in his promotion of the sequel that opens in theaters Dec. 18, dumped the Burgundy guise for the private reception and party Tuesday at the Newseum.

During a Q&A, the Washington Post’s Ann Hornaday quizzed Ferrell on “Saturday Night Live,” the creation of the Funny or Die website and other topics, Revamp reports. 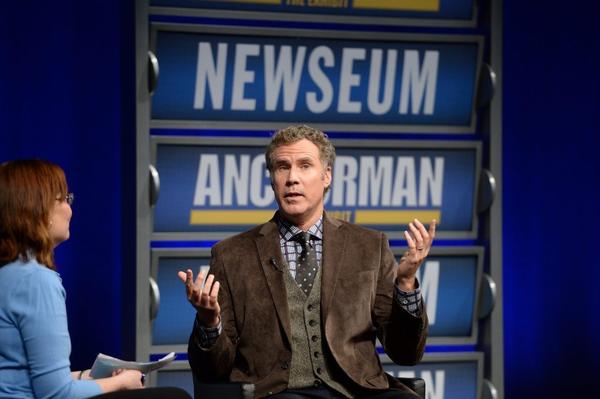 Tuesday’s party was a crush. Spotted among the sold-out crowd at the invitation-only event was House Minority Leader Nancy Pelosi. Although Ferrell wasn’t there as Burgundy, others, including the wait staff, were dressed in burgundy suits and sported mustaches.

So why feature a goofy comedy like “Anchorman” at Washington’s serious-minded Newseum? Cathy Trost, vice president of exhibits and programs, told the L.A. Times’ Mary Forgione that it helps to highlight “a time in news history when men owned the anchor chair.”

“We tell stories about challenges women faced to be taken seriously in the news business.”

Pope Francis was once a bouncer