Op-Ed: How the meat industry marks the land -- in pictures

I first came across these feedlots on Google Earth and had no idea what I was seeing. The mass and density of the black and white dots seemed almost microbial. To understand what they were I had to learn about the meat industry and its methods for maximizing yield in the minimum amount of time for the highest profit.

It used to take five years for a cow to reach its mature weight, ready for slaughter and processing. Today, since the structures and processes of feed yards have been perfected, that has been reduced to less than 18 months.

Such speed requires growth hormones and antibiotics in cows' diets, and efficient feedlot architecture. Farmers can turn to reports to help calculate the maximum number of cattle that can fit in each pen, the minimum size of run-off channels that carry away thousands of tons of urine and manure, and the composition of chemicals needed to break down the waste as it collects in lagoons and drains into the soil. Different chemical mixes explain the varying toxic hues of each lagoon.

These pictures were made by stitching together hundreds of high-resolution screen shots from publicly accessible satellite imaging software. The results are prints of great clarity and detail that capture the effects of feedlots on the land.

The meat industry is a subject loaded with a moral and ethical charge. But when I think of these pictures, I don't just see gigantic farms, I see an attitude toward life and death that exists throughout contemporary culture. These images reflect a blueprint and a horror that lie at the heart of the way we live. 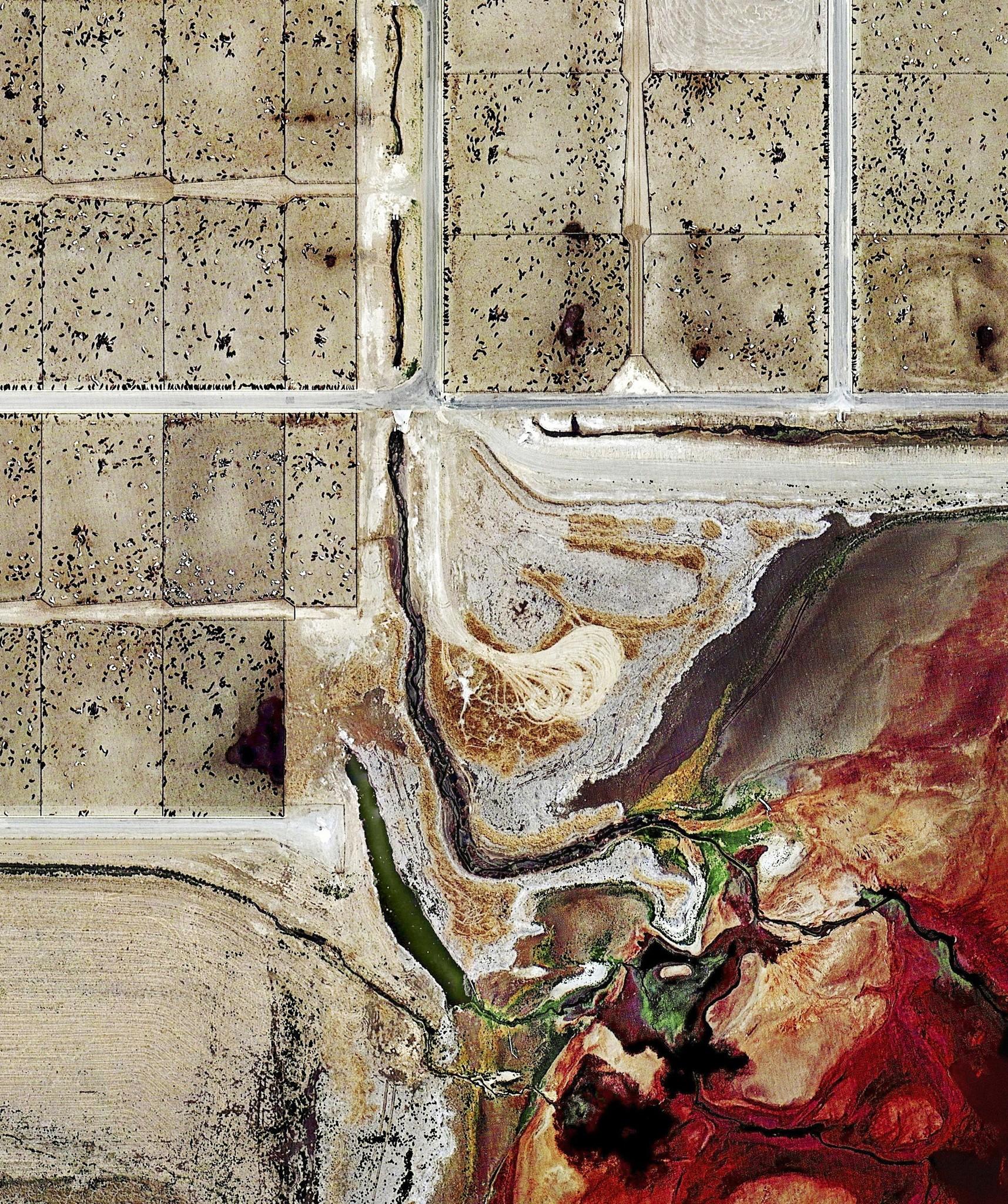 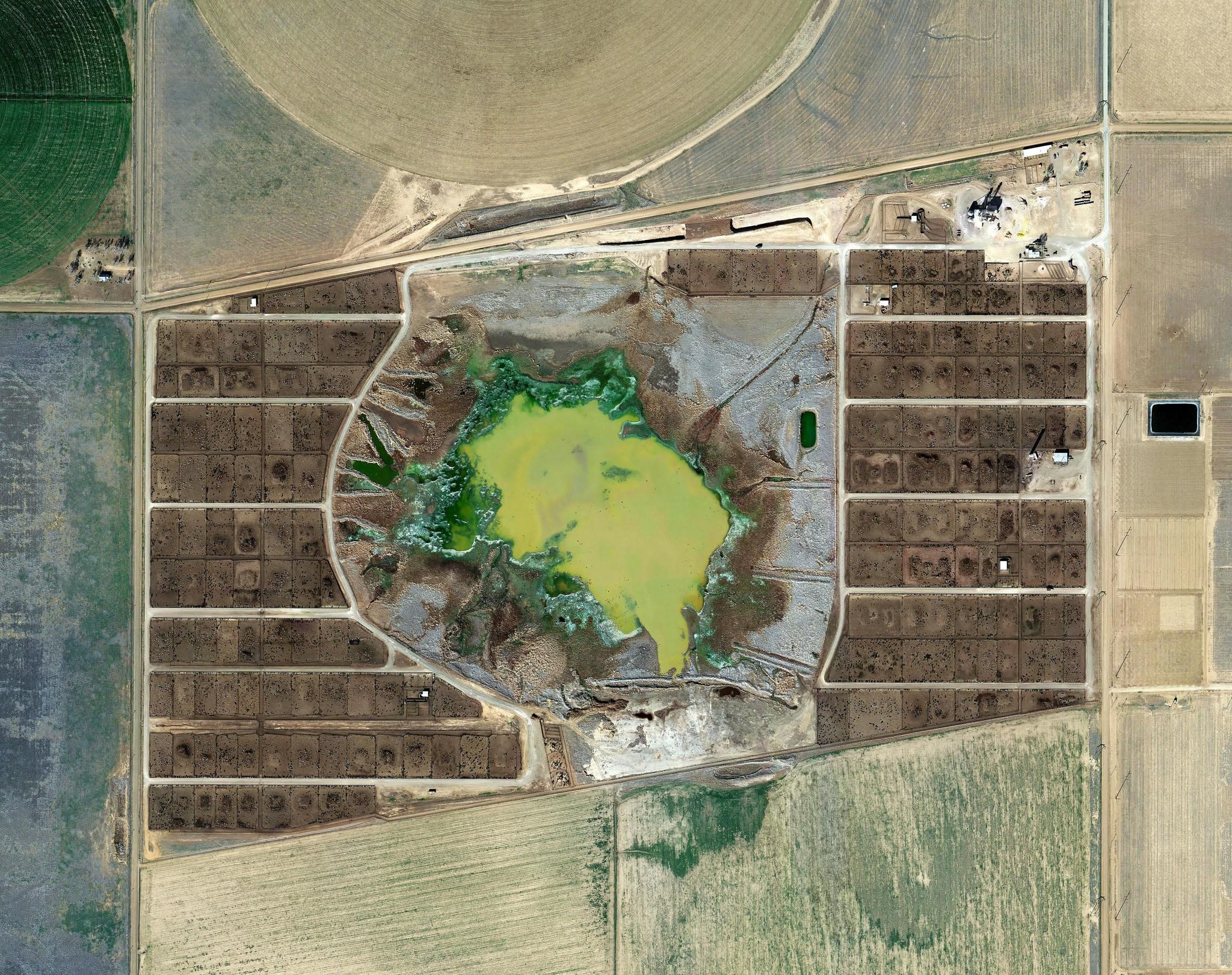 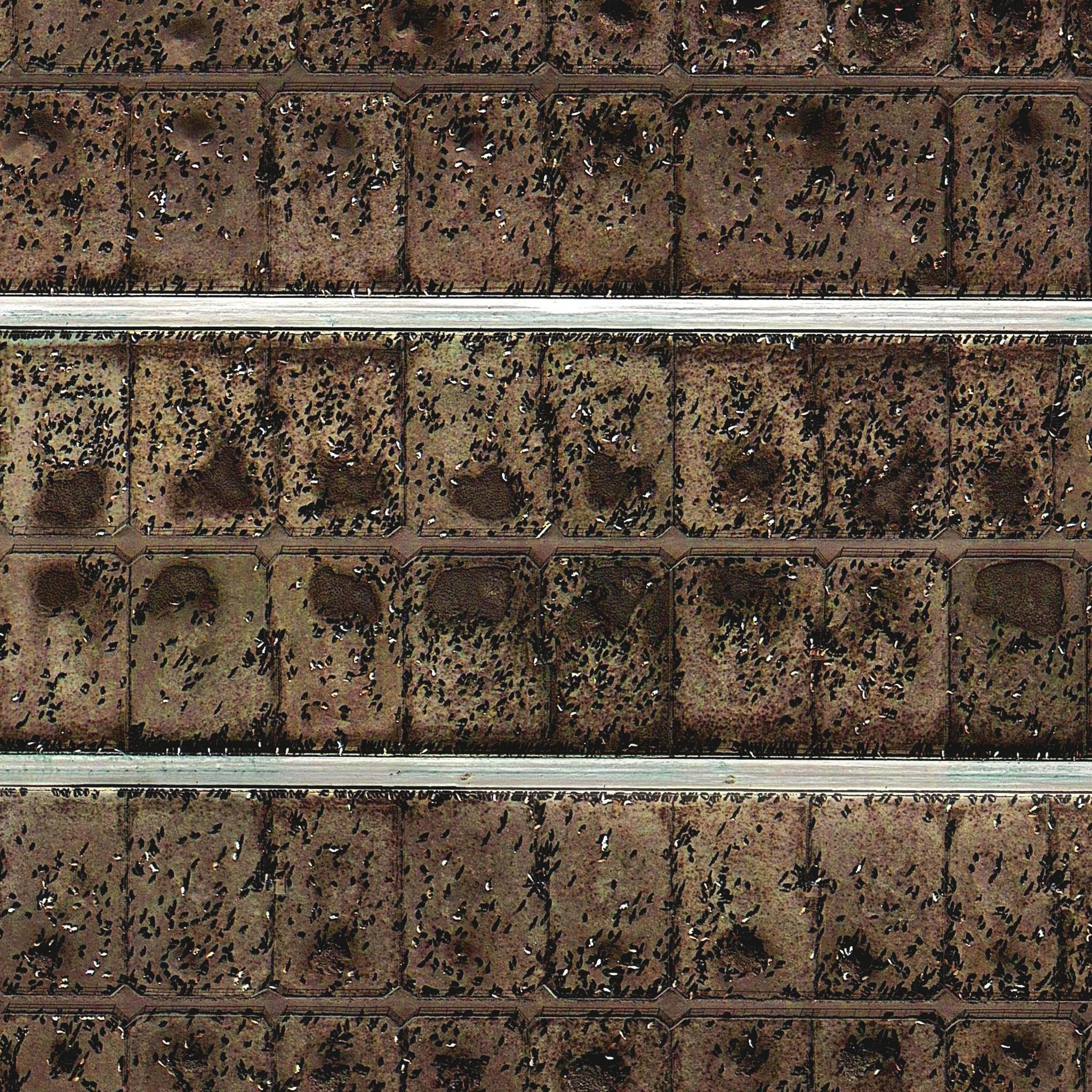 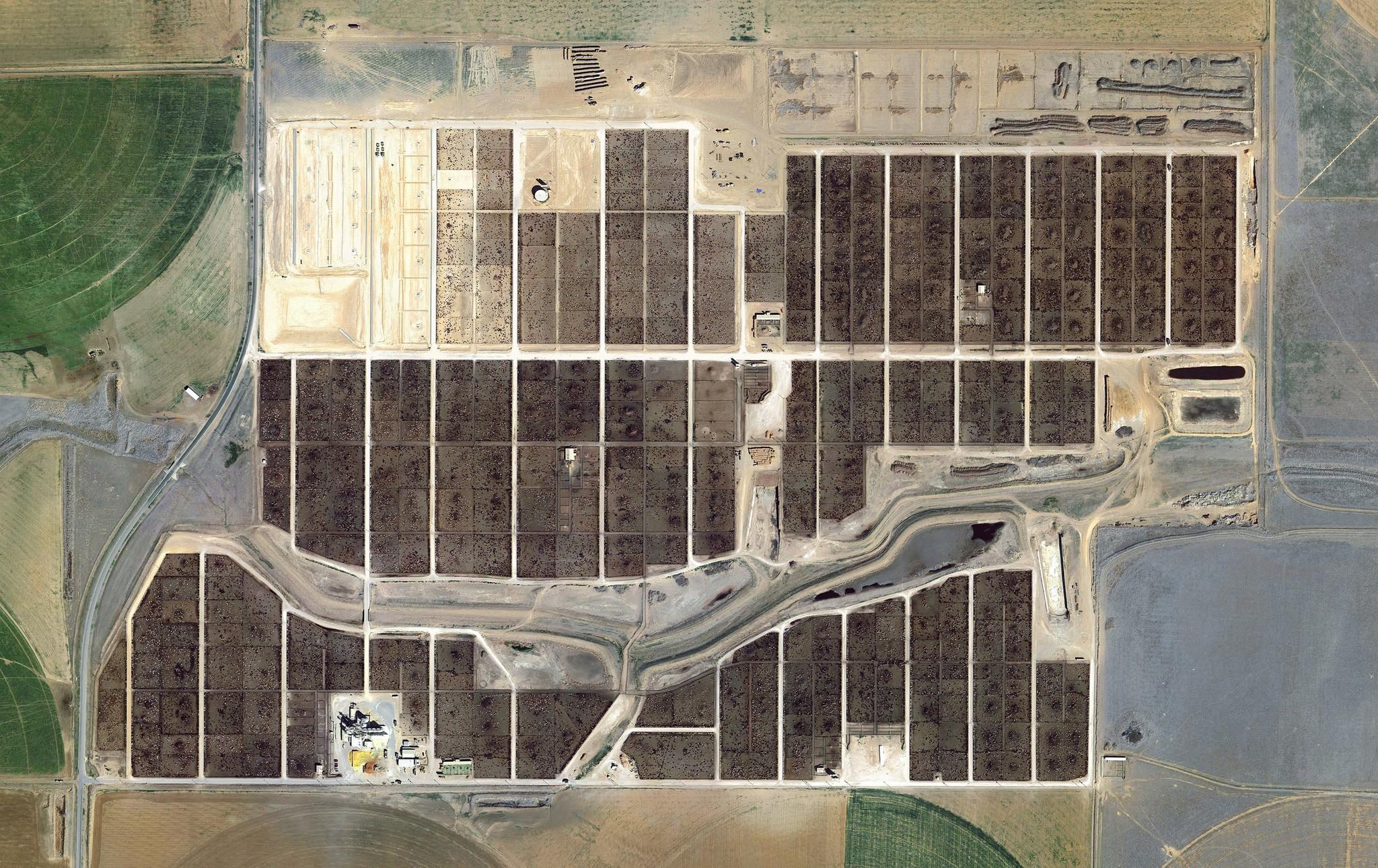 The year in outrage: Our constant indignation is wearying, but often necessary