Opinion: History reminds us we can do better on refugees

Republicans have made it abundantly clear since the terror attacks in Paris that they want nothing to do with refugees from the Syrian conflict.

On Thursday, the House voted to turn away Syrian and Iraqi refugees, suspending the federal resettlement program and ramping up the vetting process for future refugees. Prior to the vote, more than half the nation’s governors vowed to refuse to let refugees cross their state borders. And then, of course, there are the Republican presidential hopefuls, who have also been more than a little vocal about their distaste for allowing refugees of war in Syria to resettle in the U.S.

Forty years ago, though, Republican President Gerald Ford pushed back against similar heated rhetoric and an uneasy and distrusting American public to extend support and relocation assistance to tens of thousands of Indochinese refugees. In 1975, migrants from Vietnam, Laos and Cambodia fled their homelands to escape the communist regime established there in the wake of the Vietnam War. In a Times article published May 6, 1975, Ford expressed anger at those who wanted to deny aid to the refugees. 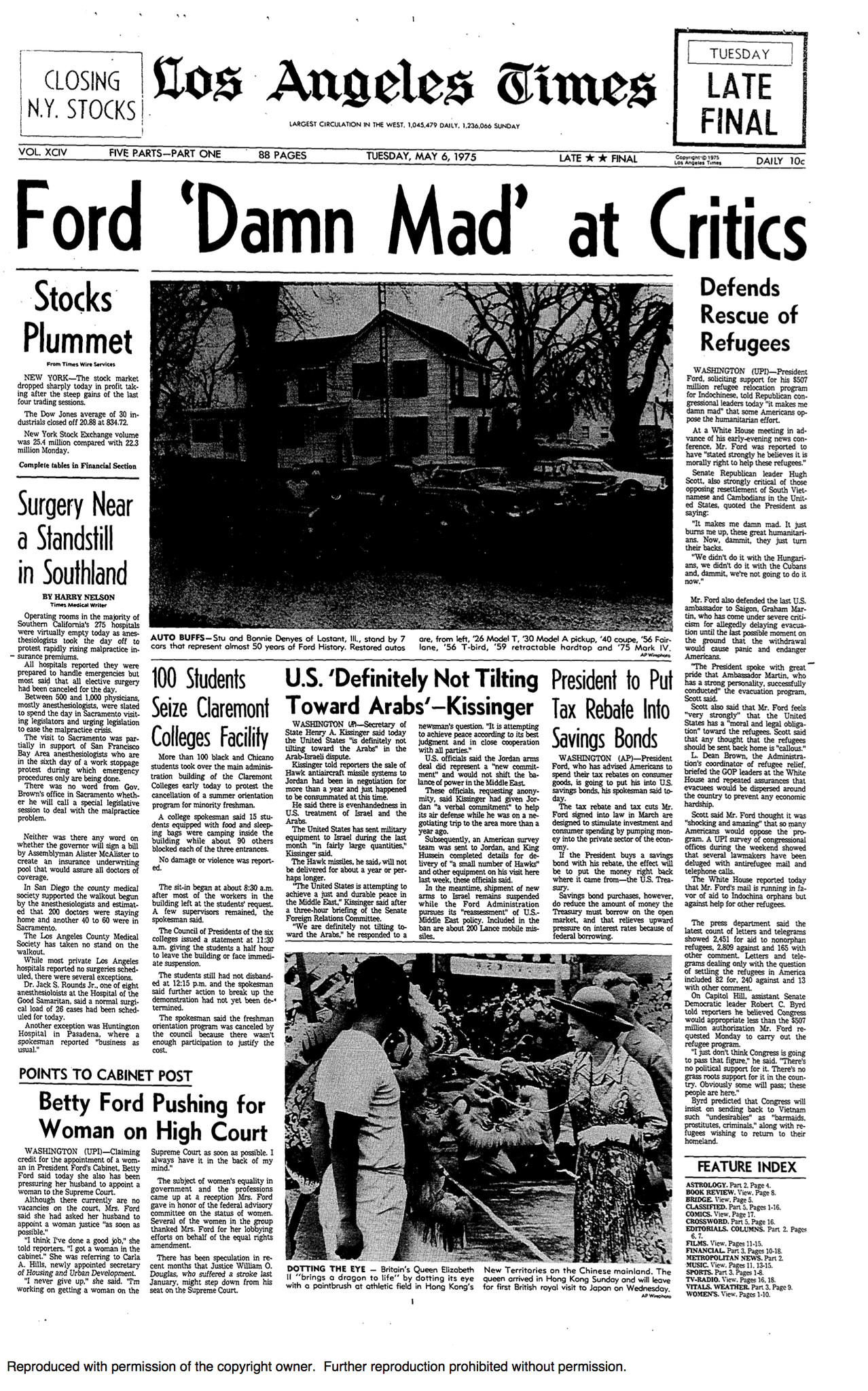 “It makes me damn mad,” Ford said. “It just burns me up, these great humanitarians. Now, dammit, they just turn their backs.” Through Ford’s ongoing efforts, the U.S. welcomed 140,000 Indochinese people in the eight months after the U.S. left Vietnam.

Compare that with Ben Carson, who likened Syrian refugees to “rabid dogs” Thursday and wrote last week that “the U.S. simply cannot, should not and must not accept any Syrian refugees.”

If a Cold War Republican president, faced with a supposed global communist threat, could overcome the resistance of the American public to give aid to more than 100,0000 displaced people from then-enemy nations, it seems reasonable that today’s government can figure out a more humanitarian approach to the Syrian refugee crisis.