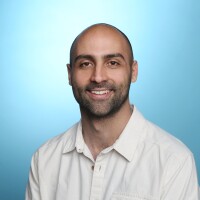 Alex Tatusian is the deputy editor for digital project design in the Los Angeles Times’ Data and Graphics Department. In that role, he shepherds signature explanatory and investigative series, annual lists and data-driven projects like live election results.

Tatusian was previously the design director at the Marshall Project, a nonprofit news organization reporting on the criminal justice system. He was also a fellow at the Center for Urban Pedagogy, while working as a designer at Bon Appétit, with a focus on design for the magazine and its video series.

He studied literature and Latin at New York University. He is originally from Orange County.