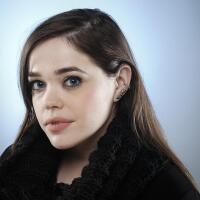 Amy Kaufman is a staff writer at the Los Angeles Times, where she has covered film, celebrity and pop culture since 2009. On the beat, she reports from industry events like the Academy Awards, the Sundance Film Festival and the Golden Globes. In addition to profiling hundreds of stars – Lady Gaga, Carly Simon, Jane Goodall – she has broken major investigative stories on sexual harassment in Hollywood. She is also the author of the New York Times best-selling book “Bachelor Nation: Inside the World of America’s Favorite Guilty Pleasure,” a behind-the-scenes look at the reality television franchise “The Bachelor.”