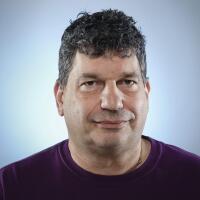 Athan Atsales is an assistant sports editor for the Los Angeles Times, which he joined in December 1996. Included among his duties is overseeing the section’s NFL, golf and tennis coverage. He has worked at four other newspapers – with stops in New Jersey, New York City and Chicago – and held positions as an NFL beat writer (Philadelphia Eagles) and sports editor (the Trentonian in New Jersey) along the way.