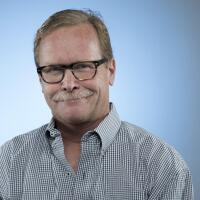 Chris Erskine is a nationally known humor columnist and editor who retired from the Los Angeles Times in 2020. Previously he wrote for the Sports, Travel and Saturday sections and edited with the paper’s features staff. As an editor, he has been a part of two Pulitzer Prize-winning teams at The Times (for his graphics work on the Northridge quake and the North Hollywood bank robbery). He is best known to readers for his weekly humor pieces on life in suburban Los Angeles. His latest book, “Daditude,” released in 2018, is a collection of his favorite Times columns on fatherhood. He has written two other books, “Man of the House” and “Surviving Suburbia,” which reached the Los Angeles Times bestseller list. The Chicago native has also worked for papers in New Orleans and Miami.