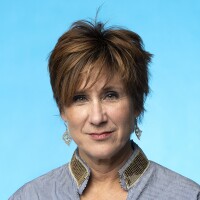 Katie Cooper is a former podcast producer for the Los Angeles Times. She previously was a longtime producer on KCRW’s news shows “Which Way, L.A.?” and the nationally syndicated “To The Point,” hosted by Warren Olney. She also created and managed a special KCRW series marking the anniversary of the 2016 election and the start of the Trump era. A former general assignment reporter at The Times’ Ventura County edition and a former attorney, Cooper grew up in Southern California and graduated from UC Berkeley and Loyola Law School.