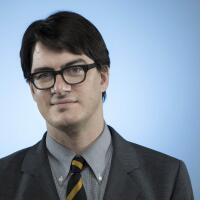 Mark Olsen writes about all kinds of movies for the Los Angeles Times as both a feature writer and reviewer. He creates a regular series on independent, documentary and foreign language films under the banner of Indie Focus, also curating and hosting the Indie Focus Screening Series. His work has also appeared in Film Comment, the New York Times, LA Weekly, Sight & Sound and other publications. He is from Kansas.