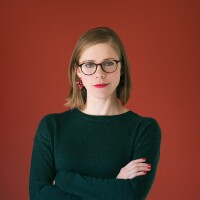 Molly O’Toole is an immigration and security reporter based in the Los Angeles Times’ Washington, D.C., bureau. Previously, she was a senior reporter at Foreign Policy covering the 2016 election and Trump administration, a politics reporter at the Atlantic’s Defense One and a news editor at the Huffington Post. She has covered migration and security from Mexico, Central America, West Africa, the Middle East, the Gulf and South Asia for The Times, the Washington Post, the Atlantic, the New Republic, Newsweek, the Associated Press and others. She was awarded the first-ever Pulitzer Prize in audio reporting in 2020 with the staff of This American Life and freelancer Emily Green for the “Out Crowd,” investigating the personal impact of the Trump administration’s “Remain in Mexico” policy on asylum officers and asylum seekers. She was also a 2020 finalist for the Livingston Awards for excellence in international reporting. She is a graduate of Cornell University and NYU, but will always be a Californian.