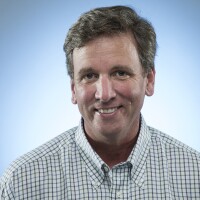 Honored by the Pro Football Hall of Fame in recognition of his “long and distinguished reporting in the field of pro football,” Sam Farmer has covered the NFL for 25 seasons. He’s a two-time winner of California Sportswriter of the Year and first place for beat writing by Associated Press Sports Editors, and has had unique assignments such as climbing Mount Rainier with NFL Commissioner Roger Goodell, traveling with an officiating crew, spending a week behind the scenes with Pete Carroll and the Seattle Seahawks, sitting in the “Monday Night Football” booth, piloting the Goodyear blimp and watching games on Sunday alongside John Madden. Farmer, a 1988 graduate of Occidental College, began his career at small papers in the Pacific Northwest before moving on to the San Jose Mercury News, where he was an Oakland Raiders beat writer for five seasons. At various times, he has also been a beat writer covering the NBA, PGA Tour, and college football and basketball.