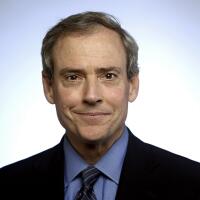 As managing editor, Scott Kraft oversees the Los Angeles Times newsroom, including Column One, enterprise, investigations and Sports. During more than three decades at The Times, Kraft has been a national and foreign correspondent as well as deputy managing editor/news and national editor. He was a New York-based national writer for the Associated Press before joining The Times as a staff writer in its Chicago bureau. He later was The Times’ bureau chief in Nairobi, Johannesburg and Paris. He covered the release of Nelson Mandela and the end of apartheid as well as the ill-fated U.S. military mission in Somalia, among other major stories. His story for the Los Angeles Times magazine on the AIDS epidemic in Africa won the SPJ Distinguished Service Award for Foreign Correspondence. As national editor, he directed work that won four Pulitzer Prizes. He has been a Pulitzer Prize finalist in feature writing, and was a Pulitzer Prize juror in international reporting in 2014 and chair of the public service jury in 2015 and the international reporting jury in 2020. He also is on the Board of Governors for the Overseas Press Club of America. Kraft was born in Kansas City, Mo., and has a bachelor’s degree in journalism from Kansas State University.