Here’s what California can expect from Congress’ highway bill

The bill includes several proposals from the state’s congressional delegation the directly benefit Californians. Here is a snapshot of what is up for discussion. 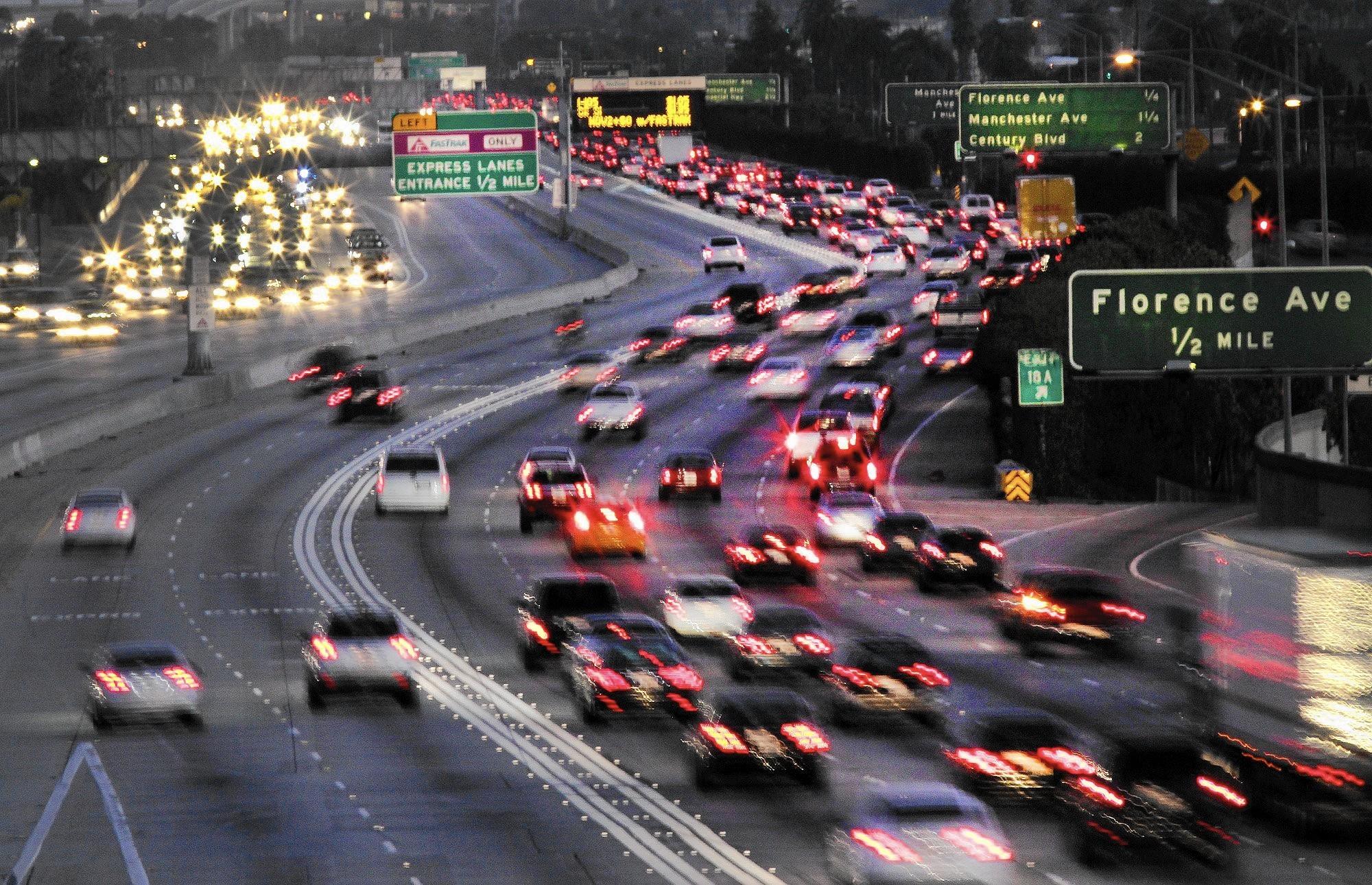 Napolitano, Rep. Ed Royce (R-Fullerton) and Rep. Ken Calvert (R-Corona) sponsored an amendment on the House floor Wednesday that would allow California to get a waiver from a federal requirement that high occupancy vehicle, or HOV, lanes maintain an average speed above 45 mph 90% of the time during peak hours. States that meet the speed standard receive additional infrastructure funding.

Napolitano said 60% of California’s highways don’t meet that standard, citing a state study that blamed accidents, weather and other unpredictable events for the slow speeds.

“This standard does not take into account the specific transportation concerns of each state,” she said in a speech on the House floor. “California will be forced to spend limited resources on transportation projects that do not meet the needs of the general public.”

Napolitano said in an interview that the Department’s requirement is confusing, especially to those whose trip will use more than one transit system.

“People won’t know, if I go across a line what am I expected to pay from here to over there? It’s just too much chaos,” she said.

The bill also allows states to relinquish ownership of park-and-ride lots to local governments. Napolitano said she added the amendment to allow Caltrans to give park-and-rides to L.A. Metro along the 105 and 110 freeways. 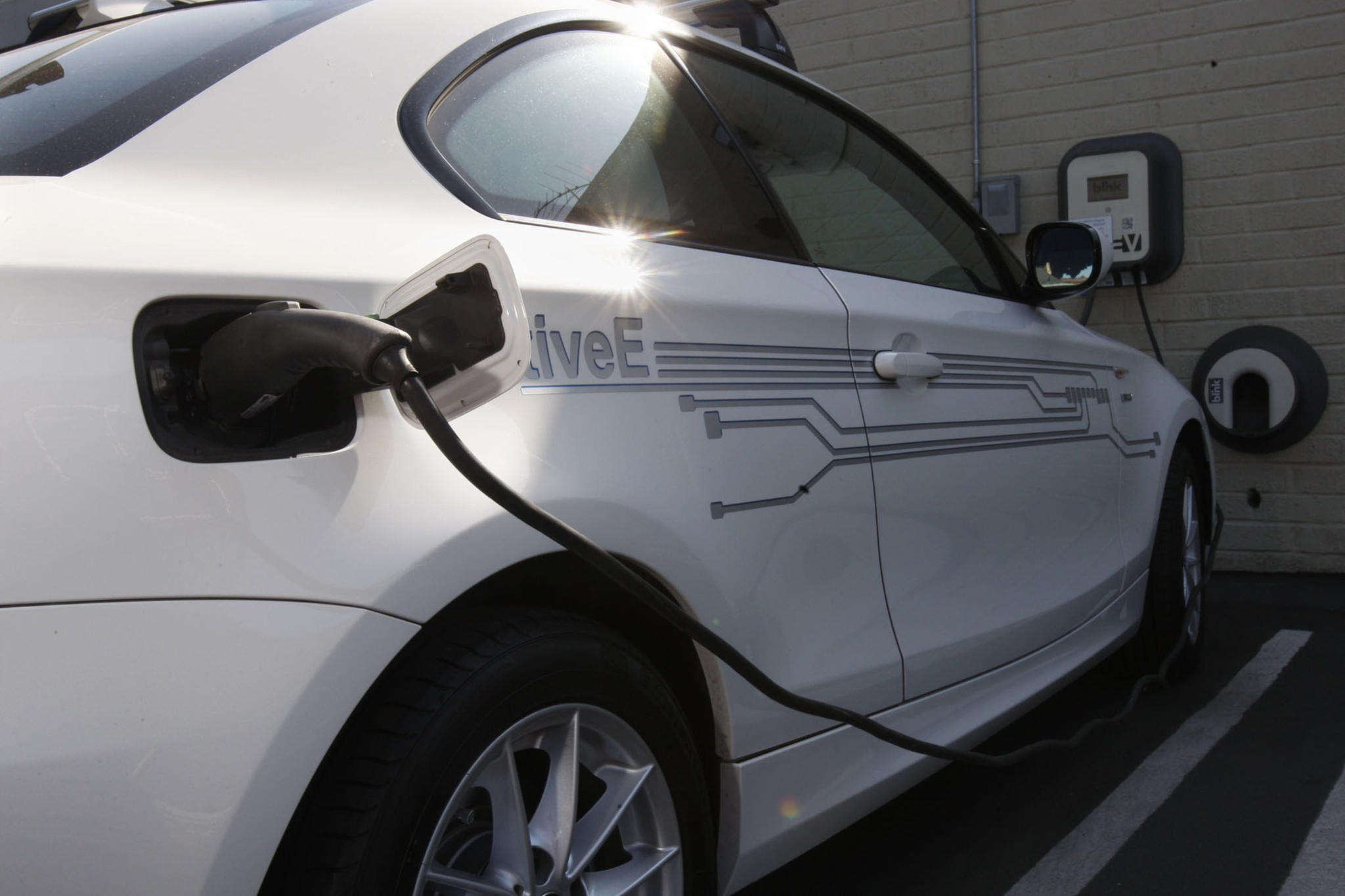 Reps. Anna Eshoo (D-Menlo Park) and Zoe Lofgren (D-San Jose) inserted an idea to promote electric vehicle use by federal employees. It allows the General Services Administration to build and operate electric vehicle charging stations for private vehicle use at federal facilities. User fees would pay for the stations. Current law prevents the policy, already in place at the U.S. Capitol, from being implemented at other federal facilities.

In a statement, Eshoo called it a small, common sense step.

“Silicon Valley is home to thousands of electric vehicle owners, yet the more than 5,000 federal employees in my congressional district have no access to charging facilities at work because of a quirk in existing law,” she said.

Denham also added provisions to the bill to streamline the environmental review process for local transportation projects by allowing county and state transportation departments to perform some required federal reviews; require new tank cars carrying flammable liquids to have thermal “blankets” to shield their contents if nearby cars are lit on fire; and encourage states and landscape architects designing highway and freeway medians to plant and cultivate vegetation preferred by pollinating species.

Several members also praised the creation of a national freight program, funded at $725 million in fiscal 2016, $735 million in fiscal 2017, and $750 million thereafter. California transportation agencies such as the Alameda Corridor East agency in the San Gabriel Valley supported the idea, Napolitano’s staff said.

The program designates certain highways as part of a national freight network, providing $4.5 billion a year to expand the network's capacity and reduce congestion.

“Many veterans who drove specialized vehicles in the military struggle to put these skills to work when they return home because of unnecessary and burdensome regulations,” Aguilar said when he introduced his amendment on the floor.

An amendment by Rep. Julia Brownley (D-Westlake Village) would allow Department of Veterans Affairs doctors to complete medical exams for veterans who apply for a commercial driver’s license.


Another idea from Brownley ensures that railway-highway grade crossings are explicitly eligible for funds under the Surface Transportation Program. In response to three grade-crossing accidents in Ventura County since January, the amendment means state and local governments can use the funds for railway crossing safety upgrades, including better signals and signage.

An idea by Rep. Lois Capps (D-Santa Barbara) would prevent rental car companies from renting vehicles under recall that haven’t been fixed. Inspired by a 2004 accident in a rented car under recall that killed Raechel and Jacqueline Houck of Ojai, Calif., Capps’ provision was in the original Senate version of the bill.

Capps said in a statement that she was upset the House amended her idea to exempt auto dealers by allowing them to loan cars under recall to consumers who bring in their own cars for repairs.

MORE ON THE 55: CALIFORNIANS IN CONGRESS