A look at the L.A. Dodgers managers from A (Alston) to R (Roberts)

After a lengthy search, the Dodgers named Dave Roberts as their new manager Monday. Roberts will become the 10th manager in L.A. Dodgers history and will try to become the first manager since Tommy Lasorda in 1988 to lead the team to a World Series title. The Dodgers have a rich history at manager, with three of the nine who have managed in L.A. eventually making it to the Hall of Fame.

Here's a look at all nine managers to date, and the expected No. 10, Roberts: Alston began managing the Dodgers in Brooklyn and led them to a World Series title there in 1955. Alston had his number (24) retired by the team in 1977, and was elected to the Baseball Hall of Fame in 1983. Legendary Times columnist Jim Murray wrote the following when Alston retired in 1976: “I don’t know whether you’re Republican or Democrat or Catholic or Protestant and I’ve known you for 18 years. You were as Middle-Western as a pitchfork. Black players who have a sure instinct for the closet bigot recognized immediately you didn’t know what prejudice was. There was no 'side' to Walter Alston. What you saw was what you got.” After spending years with the team as a player, scout and coach, Lasorda became the Dodgers manager with four games remaining in the 1976 season after Alston announced his retirement. Lasorda, all the while talking about "bleeding Dodger blue" and "the big Dodger in the sky," became the face of the Dodgers while managing and still works for the team as a special advisor. Lasorda had a heart attack on June 24, 1996, took a leave of absence from managing the team while recovering, and announced his retirement on July 29, 1996. He was inducted into the Baseball Hall of Fame in 1997 in his first year of eligibility. The Dodgers retired his uniform number (2) that same year. 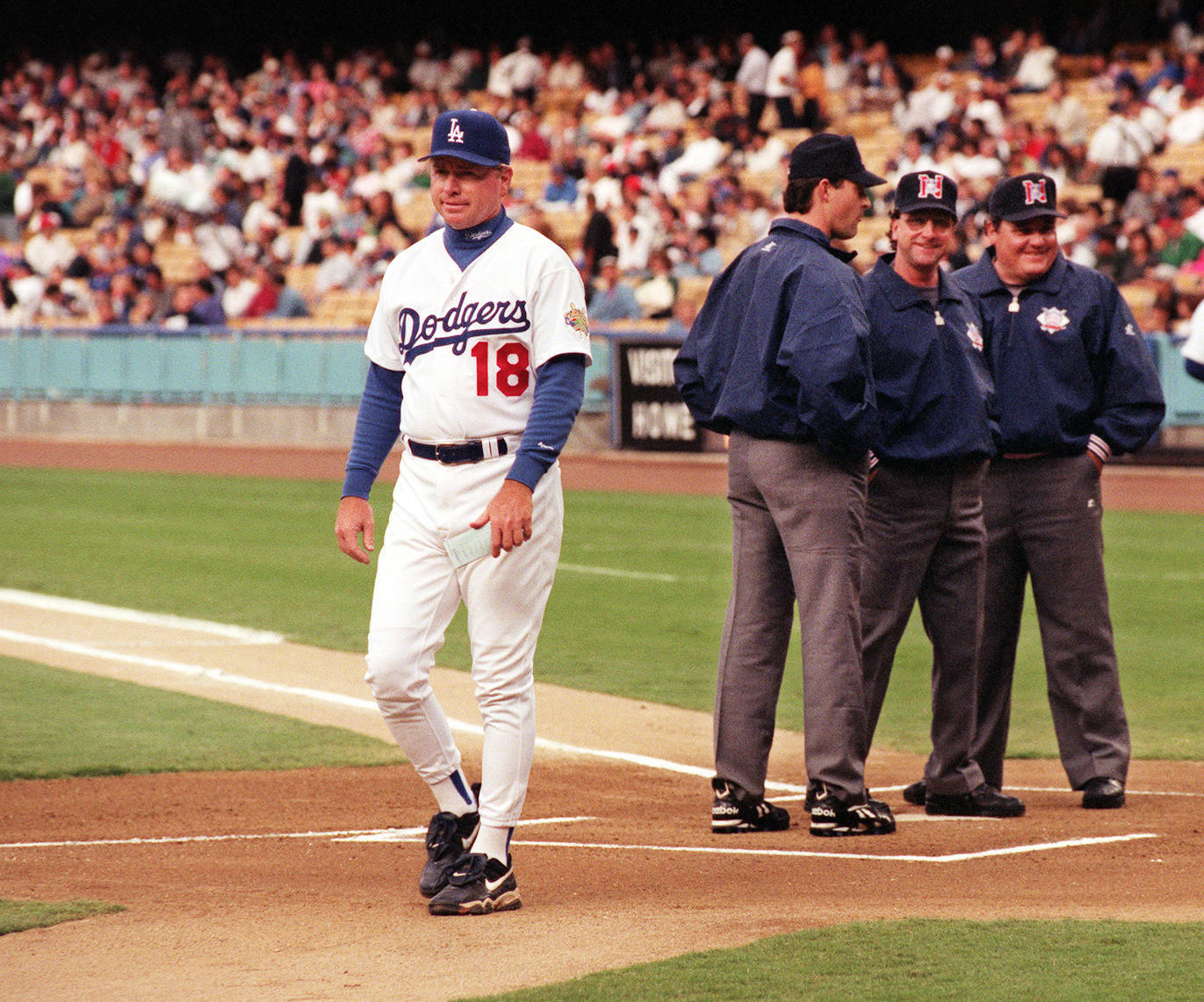 Russell was named interim manager in 1996 after Lasorda had a heart attack, and was named permanent manager when Lasorda retired later that same season. After the Dodgers missed the playoffs in 1997 and got off to a slow start in 1998, he was fired along with General Manager Fred Claire in a controversial move by new owners Fox Entertainment Group, which had bought the team during the 1998 season. 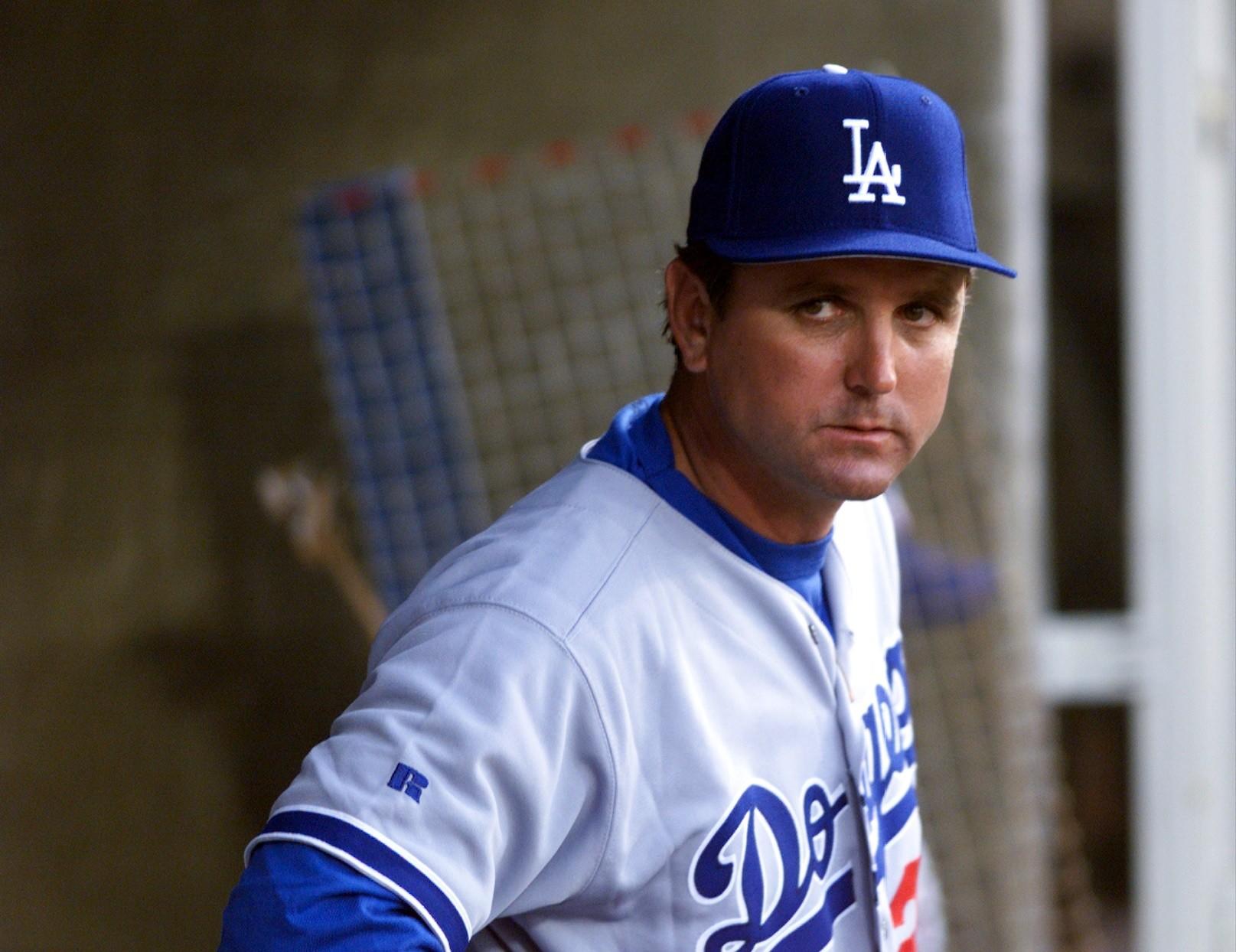 Hoffman took over when Russell was fired midway through the 1998 season and took over as third-base coach the following season after Davey Johnson was hired as manager. Hoffman coached third for the Dodgers until 2005. He is currently the third base coach for the San Diego Padres. 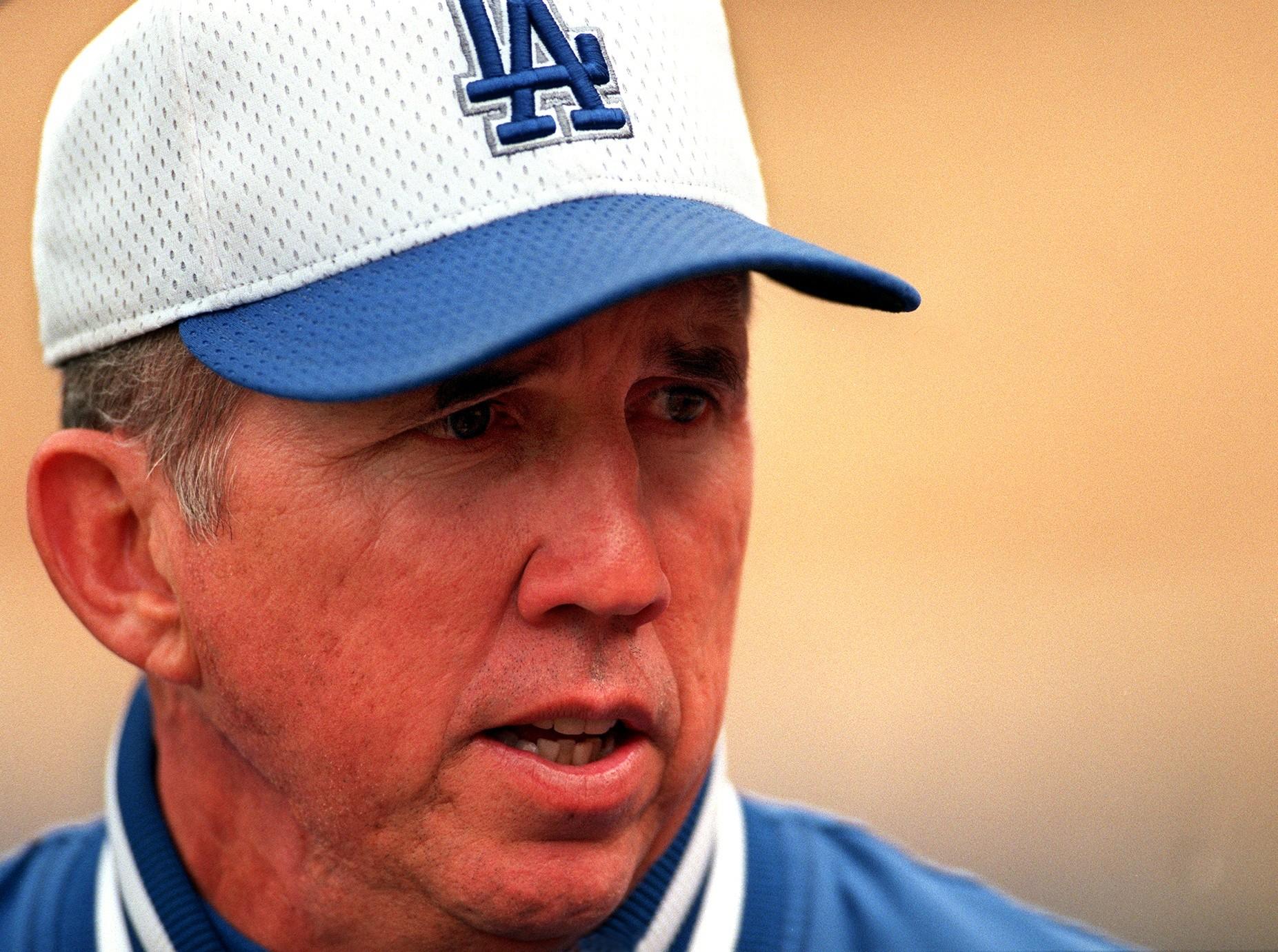 Looking for some star power, Fox hired Johnson, who had led the New York Mets to the World Series title in 1986 and had successful stops in Cincinnati and Baltimore before coming to L.A. His first year in L.A. was also the first time a Johnson-led team had finished under .500 as the Dodgers went 77-85. They rebounded to an 86-76 record in 2000 but failed to make the playoffs and Johnson was fired. 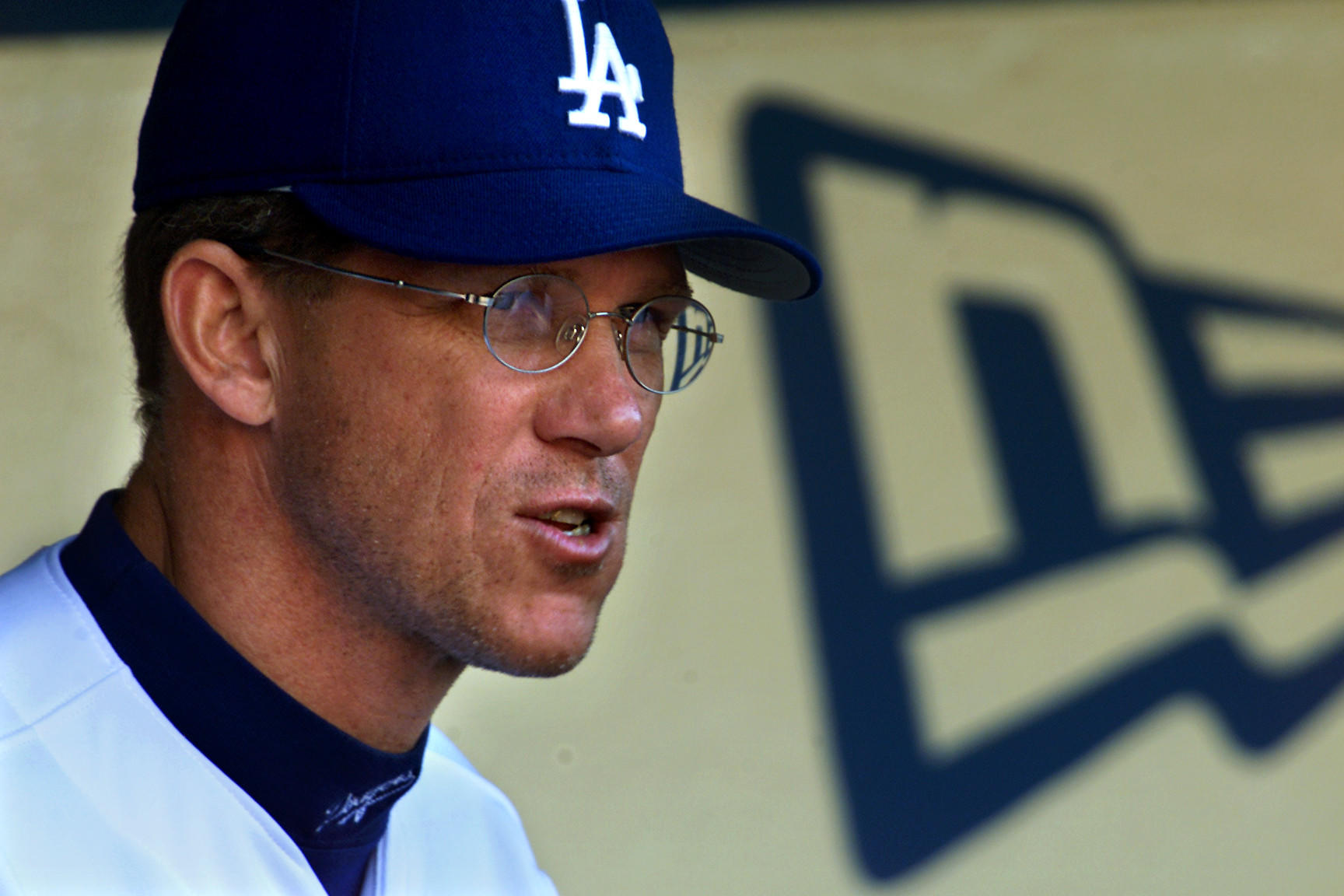 Tracy had success with the Dodgers, leading them to the 2004 NL West title, their first division title since 1995. After leading the team to a 71-91 record in 2005, Tracy and new General Manager Paul DePodesta had “philosophical differences” and agreed Tracy would not return in 2006. "The tough part for me is the fact that the love I had in managing this club and I know I've been managing for the past five
years one of the more storied franchises in baseball," Tracy said after he left the team. Little’s Dodgers won 88 games in 2006 and made the playoffs as a wild-card team before losing in the first round, but the team stumbled in 2007, finishing in fourth place. With rumors of the team talking to Joe Torre to come in as manager, Little resigned on Oct. 30, 2007. 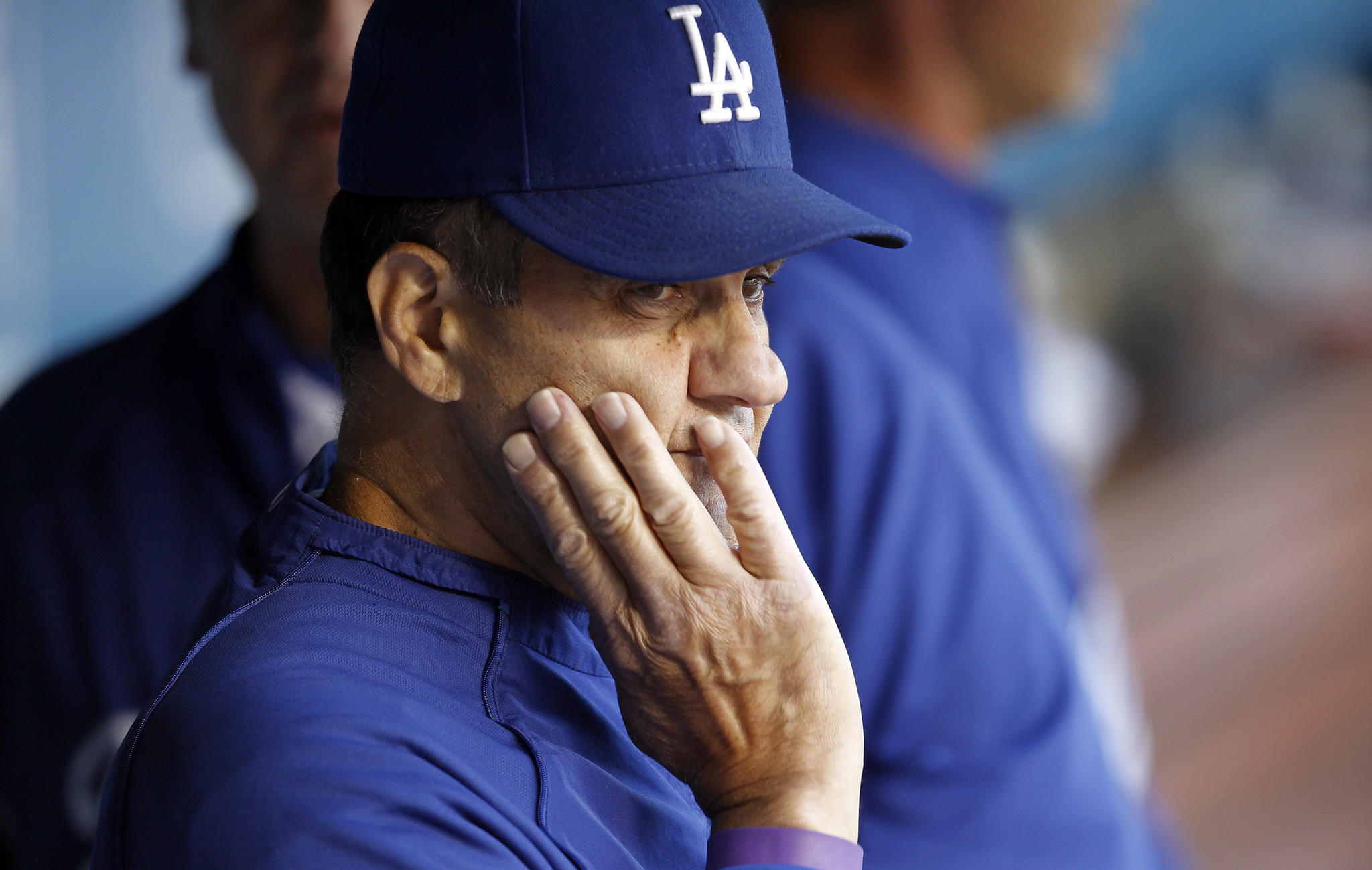 Torre, who had cemented himself as a Hall of Famer after managing the New York Yankees to four World Series titles, was expected to do the same for the Dodgers when owner Frank McCourt hired him before the 2008 season. And while he had some success, including leading the Dodgers to the best record in the NL in 2009 (95-67), he never could get the Dodgers past the NLCS and retired after the 2010 season. He was inducted into the Hall of Fame in 2014. 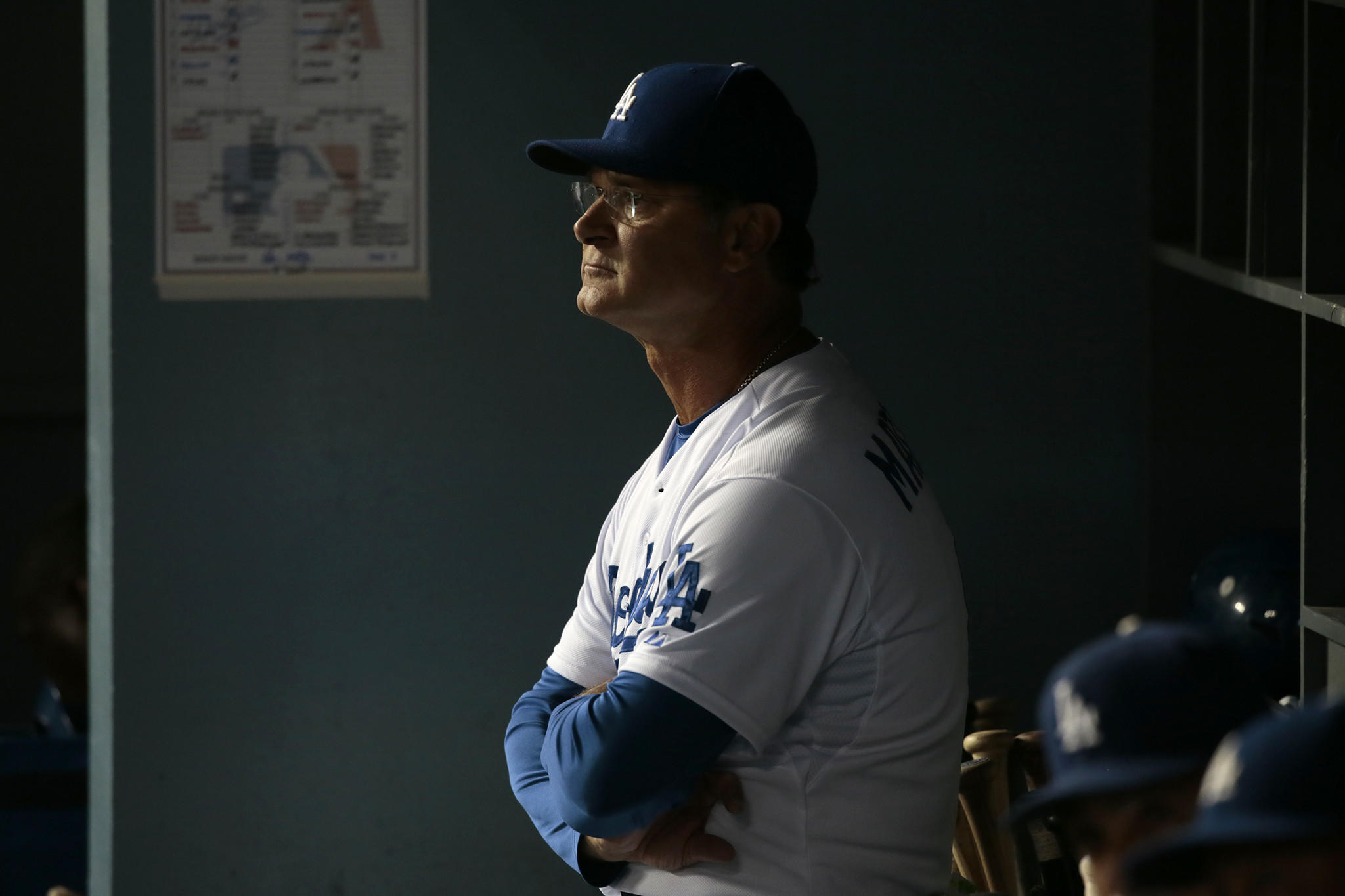 Torre’s longtime hitting coach got the Dodgers job after Torre retired. In 2015, he became the first manager in Dodgers history to lead the team to three consecutive division titles, but most fans were never high on him, criticizing his game management and lineup selection skills. The Dodgers and Mattingly agreed to part ways after the 2015 season and he quickly was signed by the Miami Marlins to manage them in 2016. 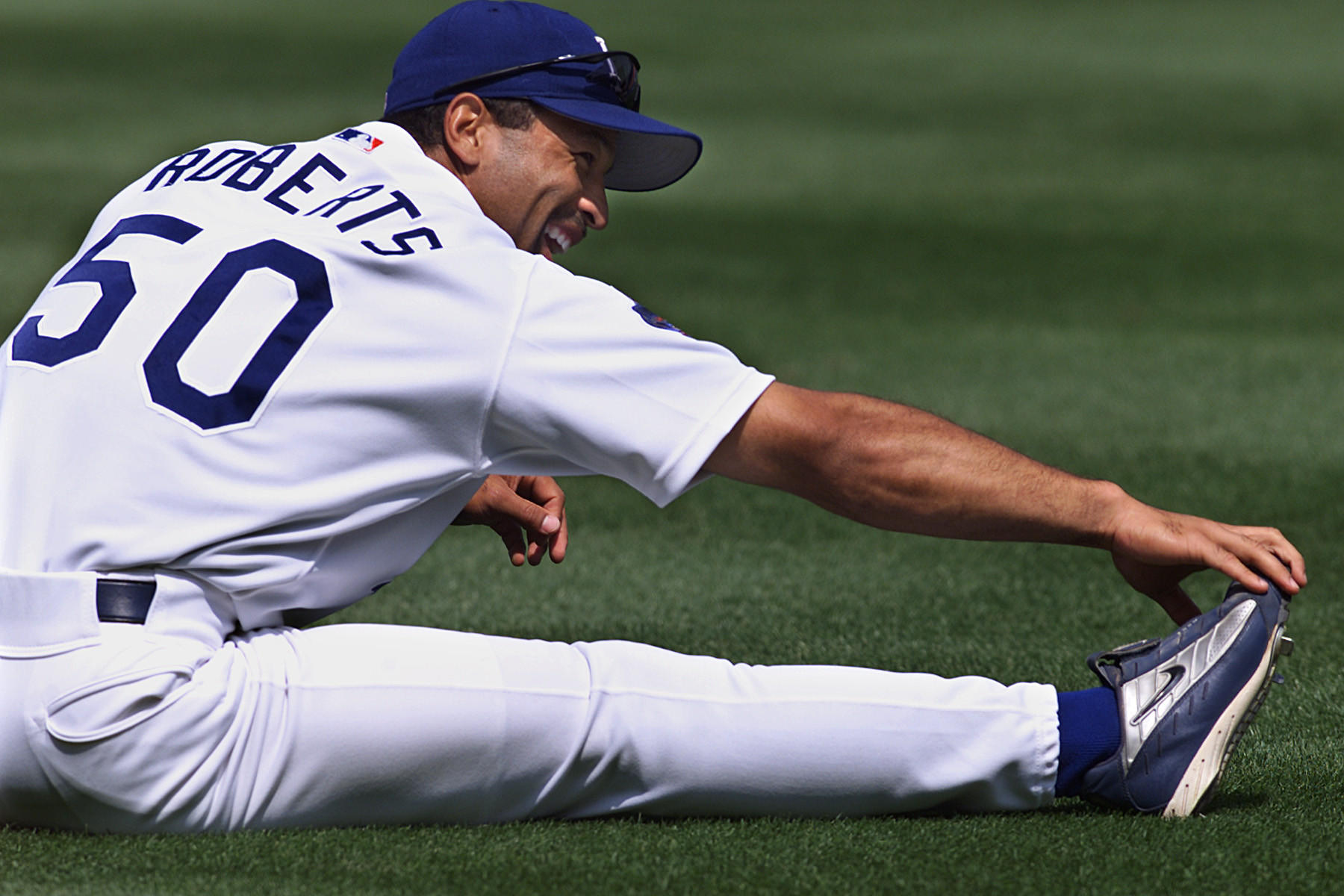 Roberts has spent the last two seasons as the San Diego Padres bench coach, but most Dodgers fans remember him for his playing days with the team from 2002-04. The former UCLA star, who has African American and Japanese ancestry, becomes the first minority manager in the history of the organization that brought Jackie Robinson to the majors.

Do you agree with the choice of Roberts? Vote in our poll and let us know.

Read more about the Dodgers decision

Eight things you should know about Dave Roberts

Plaschke: Dave Roberts has the spirit and baseball soul for Dodgers' job

Dodgers are set to hire Dave Roberts as manager

10:09 a.m.This articles was updated with news that Roberts has been officially hired.