Bubba Watson will paint over Confederate flag on his General Lee

Golfer Bubba Watson’s General Lee -- the original 1969 Dodge Charger used in the TV series “The Dukes of Hazzard” -- will be getting a paint job to remove its iconic but very controversial image.

Watson tweeted Thursday that the Confederate flag will be removed from the top of the car.

All men ARE created equal, I believe that so I will be painting the American flag over the roof of the General Lee #USA— bubba watson (@bubbawatson) July 2, 2015

The two-time Masters champion and outspoken Christian -- also a huge fan of the TV series -- brought the car at auction in 2012 and told Golf Digest in April 2013 that he paid $10,000 more to fix the problems it had from doing stunts in the show. 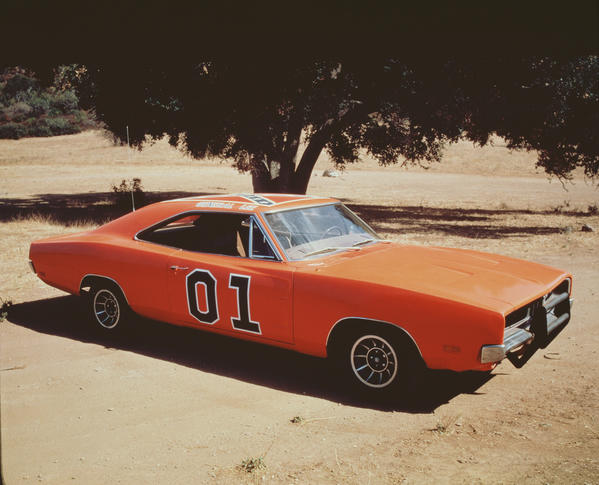 “It had done a lot of jumping,” Watson told the publication. “There was a big concrete block in the back seat to stabilize it when it was airborne, none of the gauges on the dash worked, and it didn’t have seat belts.”

His decision to paint over the image comes during major opposition to displays of the Confederate battle flag following a shooting that left nine dead in a historic African American church last month in Charleston, S.C. The suspected gunman posted pictures of himself holding the flag.

Reruns of “The Dukes of Hazzard” have recently been pulled off the air.

Also on Thursday, NASCAR tracks asked fans to refrain from displaying the flag at facilities and events, according to a statement.

“We’re all trying to be, as we should, the most inclusive sport that we can, and you can’t say that on one hand and then fly a very offensive flag to an entire race of people on the other,” NASCAR CEO Brian France said Wednesday on SiriusXM NASCAR Radio, according to NASCAR.com. “And I was clear on that over (last) weekend, and our tracks are working on the right kind of solution to work with our fans.”

Driving Topic: Will today’s request by NASCAR and its partners have an impact on the number of confederate flags flying at Daytona?Posted by SiriusXM NASCAR Radio on&nbsp;Thursday, July 2, 2015

NASCAR asked fans for their understanding.

“This is an opportunity for NASCAR Nation to demonstrate its sense of mutual respect and acceptance for all who attend our events while collectively sharing the tremendous experience of NASCAR racing,”the statement read.