Column: Who USC should hire to replace Sarkisian

Pat Haden hasn’t had much luck hiring coaches at USC. Ask any Trojans football or basketball fan about that.

However, he has become an expert at firing. Too bad Donald Trump no longer has a reality show.

Some people still erroneously think Haden is to blame for hiring Lane Kiffin and then setting him loose with his plastic play sheet. Kiffin was the last hiring act of former athletic director Mike Garrett.

Haden wasn’t afraid to finish Kiffin off, though, jettisoning him not far from where the jets land at LAX after a lopsided loss.

If that seems like only yesterday, well, it almost was. It was 2013.

It was not Haden’s fault that Sarkisian turned out to have a very serious personal issue. Yes, Haden could have more vigorously vetted the coach’s behavior while he Sarkisian was the coach at Washington, but nothing in any court document precluded the hire.

Drinking doesn’t have to interfere with good coaching. Bear Bryant was a drinker and won six national titles at Alabama.

USC’s greatest coach, John McKay, held daily court at Julie’s, an establishment near the campus. He was joined between 5 p.m. and 8 p.m. on most weeknights by members of the coaching staff and local sportswriters.

Sarkisian’s problem was different because it could not be controlled or contained. And that necessitated Monday’s move.

So, two years after the Kiffin fiasco, USC finds itself looking for a new coach before Halloween.

Starting a search this early is problematic, as many potential candidates are locked in with teams, some with multiple-year contracts.

One thing seems clear: USC needs to break, once and forever, from the Carroll era.

A major problem with the Sarkisian hire was that he was seen as a knockoff of Kiffin. The two served as co-offensive coordinators during the Carroll heydays. 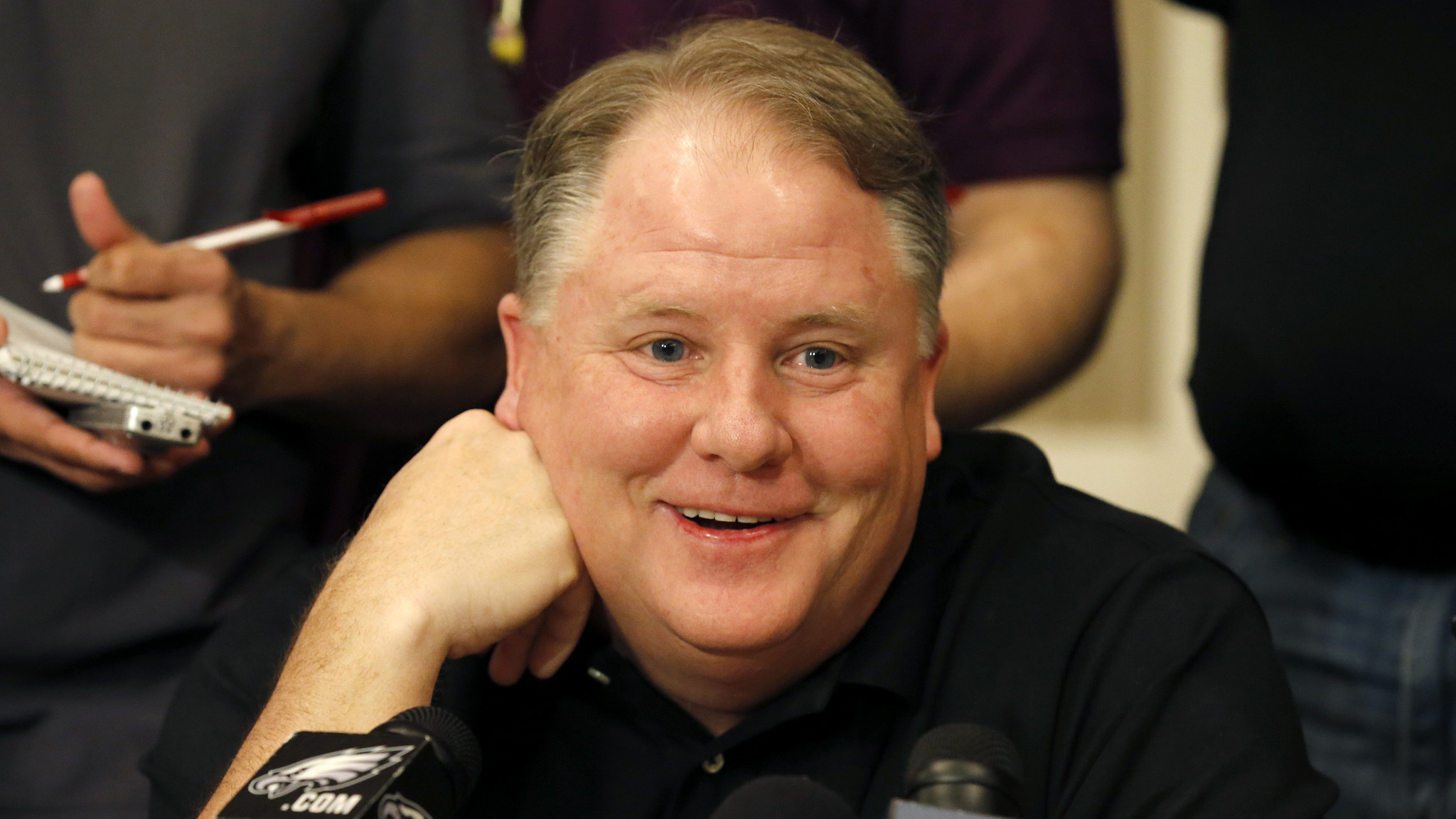 Chip Kelly raises Twitter noise and might sound like a good idea if the Philadelphia Eagles collapse in the coming weeks. But Kelly is also said to love the NFL, and one reason he left Oregon was he didn’t like dealing with boosters. 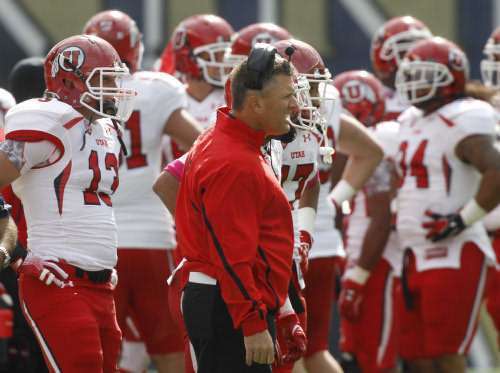 Some people good at reading the Pac-12 Conference standings from top to bottom have suggested Utah’s Kyle Whittingham.

Everyone loves a winner, right? It’s also no secret Whittingham has had issues with Utah Athletic Director Chris Hill.

Let’s set this bar: If Utah goes undefeated and wins the national title, USC should definitely give him a call. 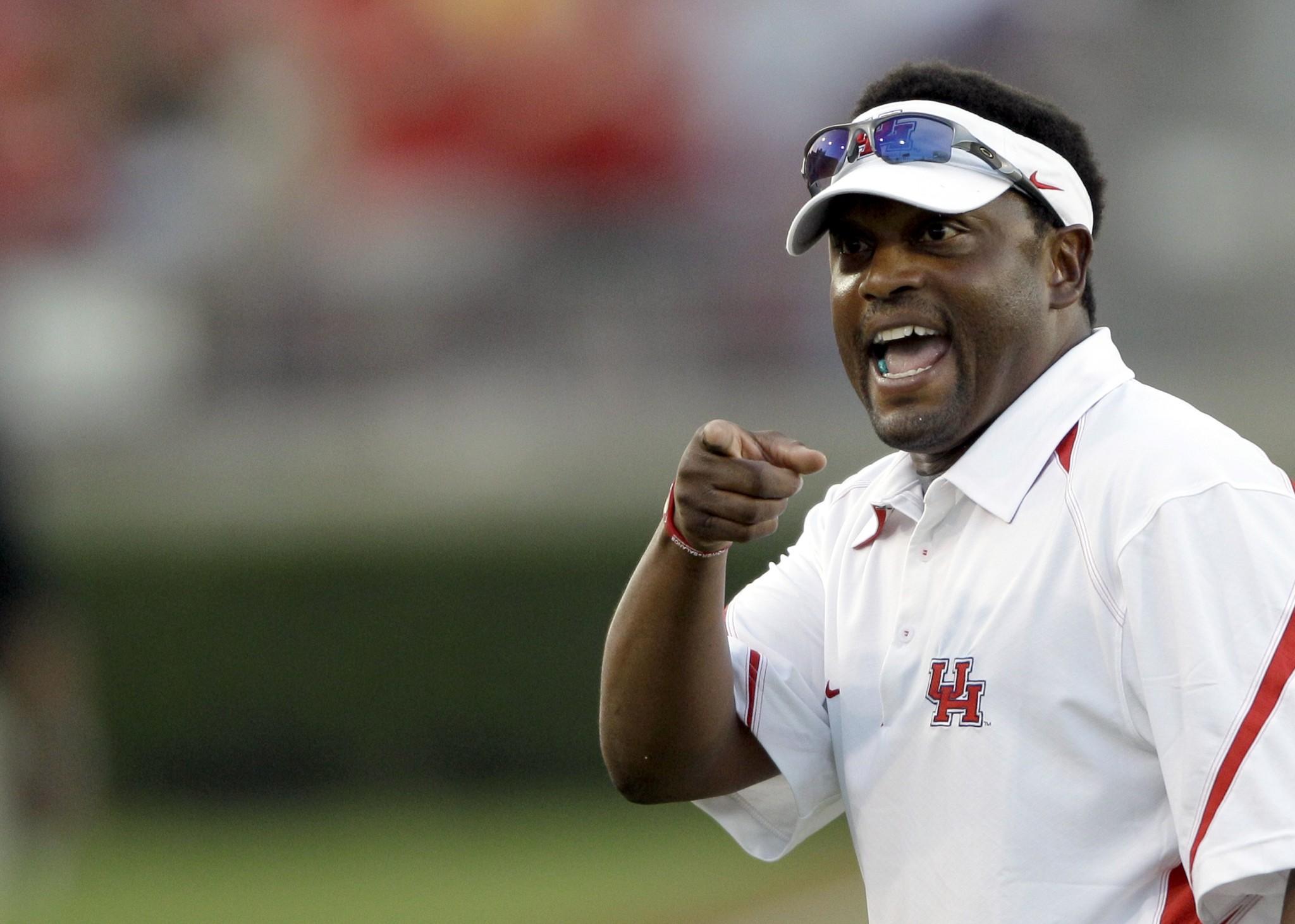 Topping my list this very second would be Texas A&M Coach Kevin Sumlin, a guy many Trojans fans wanted instead of Sarkisian.

Sumlin is a tremendous recruiter and has Texas A&M off to another 5-0 start. The problem is, Texas A&M started 5-0 last year and finished 8-5. 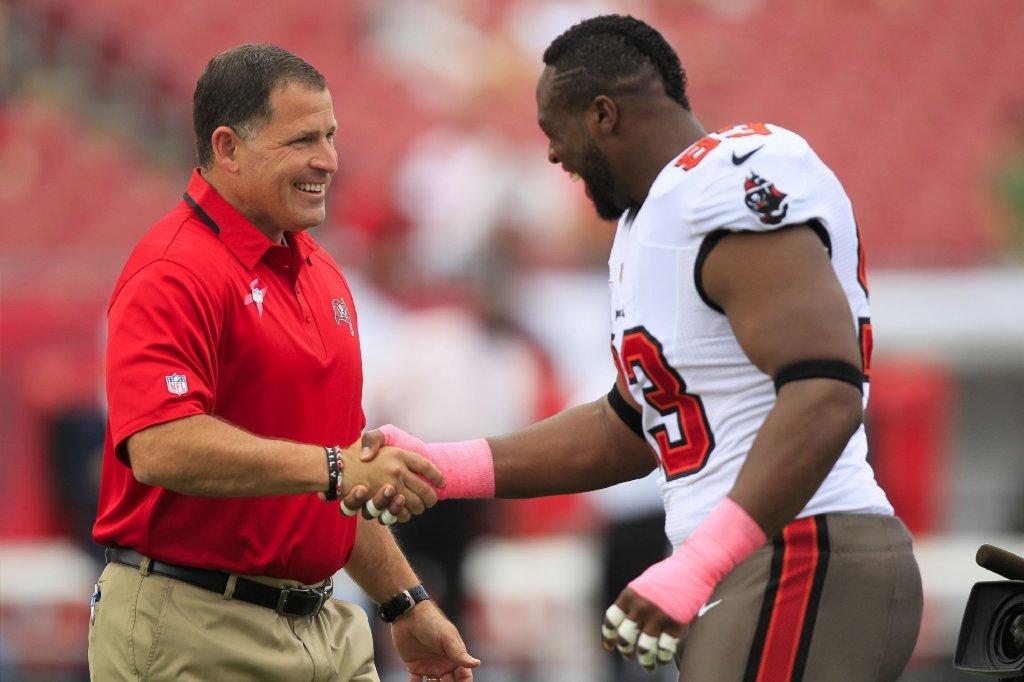 If USC wants to go an NFL retread, as it did with Carroll, it should look at Greg Schiano. He’s tanned and rested after his firing from the NFL’s Tampa Bay Buccaneers.

To those who want to knock Schiano, consider this: The guy won at Rutgers. 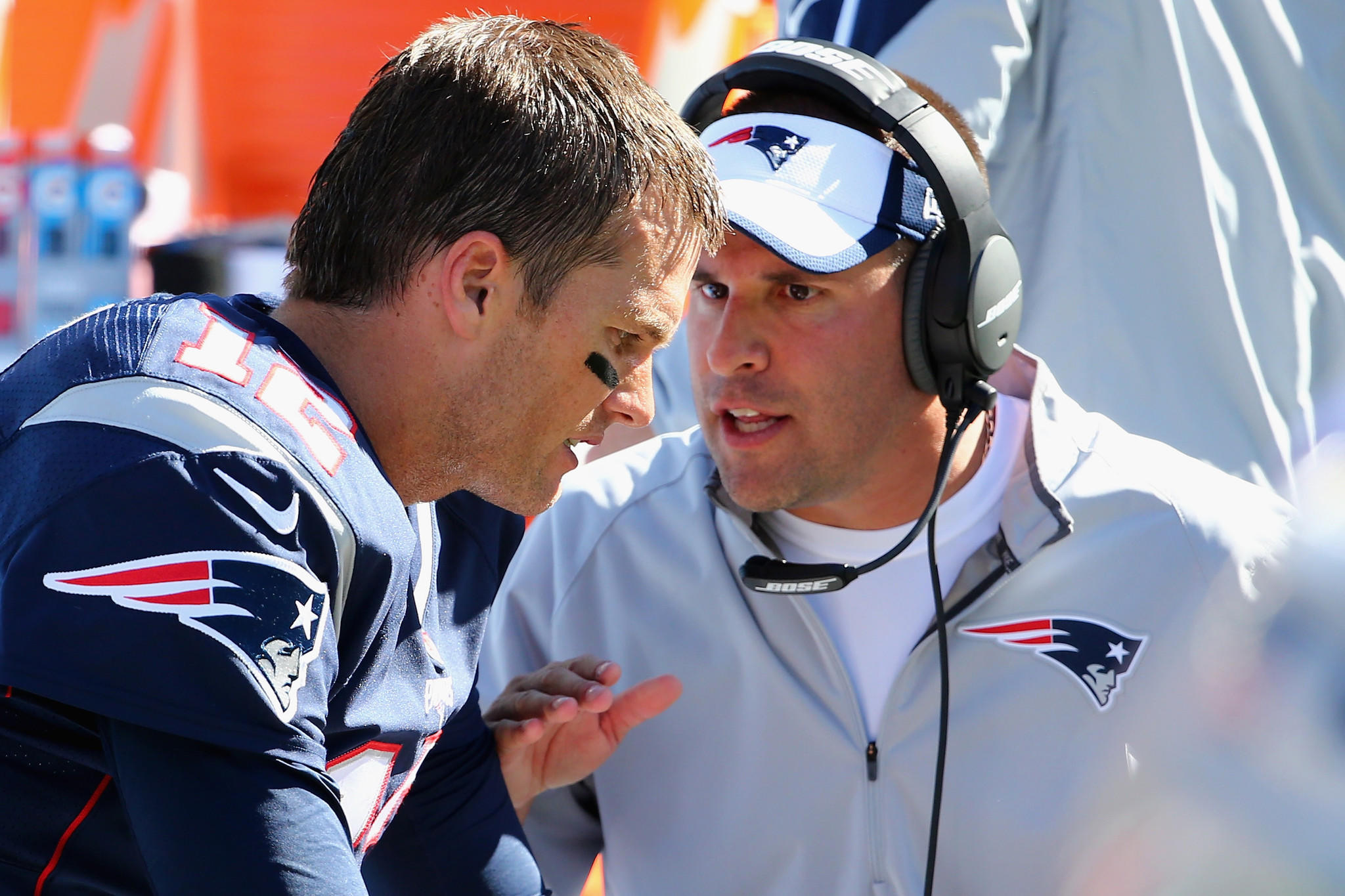 Another NFL possibility could by New England offensive coordinator Josh McDaniels. He could follow in the career path of Bill O’Brien, a former New England Patriots assistant who did a terrific job at scandal-infested Penn State before returning to the NFL to coach in Houston. 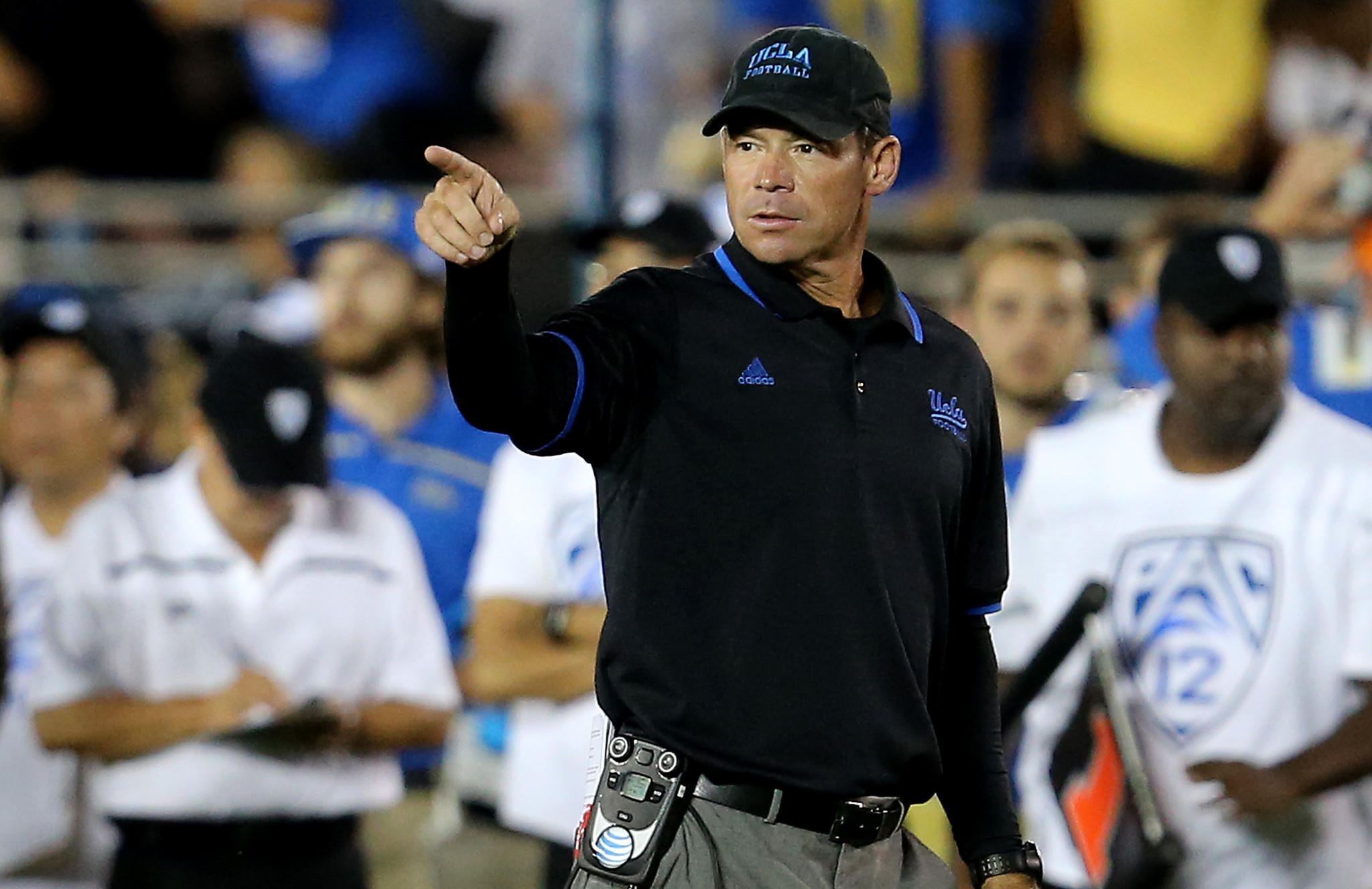 You want a real wild card?

Pick up the phone and call UCLA Coach Jim Mora.

Mora is a longshot but might be more interested than you think. UCLA is a great school, but it’s also a public institution where everything is a fiscal fight.

Mora has had to leverage job offers to get pay raises for his assistants and to get the school moving on long-needed facilities improvements.

USC, a private school, can write big checks for those sorts of things. Mora is also a proven winner in town.

He’ll probably say no, but what does USC have to lose other than more credibility, and more games?

Plaschke: Pat Haden and USC shouldn’t have waited so long with Sarkisian

Receipts, former players point to Sarkisian’s alcohol use at Washington

Chris Dufresne was the Los Angeles Times’ national college football/basketball columnist from 1995 to 2015. He also covered skiing at the Winter Olympics and wrote extensively on most sports. He is a multiple national award winner and was named 2011 California Sportswriter of the Year by the National Sportswriters and Sportscasters Assn. A Los Angeles native, he started at The Times in 1976 as a truck loader and literally worked his way up (two floors to be exact).