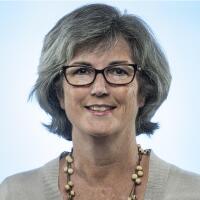 Cathleen Decker is a former politic analyst for the Los Angeles Times who wrote about the Trump administration and the themes, demographics and personalities central to national and state contests. In 2016 she covered her 10th presidential campaign; she has also covered seven races for governor and a host of U.S. Senate and local elections. She directed The Times’ 2012 presidential campaign coverage. Decker left The Times in 2018.